On August 6, the State Administration of press and publication announced the approval information for importing online games in 2020, and the fitness ring adventure, which was the heart of the NS players of the Bank of China, was finally approved.

Tonight, @ Tencent nintendoswitch official micro announced that the listing of "fitness ring adventure" is currently under active preparation. The suggested retail price of fitness ring adventure of BOC version is 499 yuan. Please wait for it when you enter the exhibition. Thank you for your concern and support for the Nintendo switch of BOC. ​​​​ 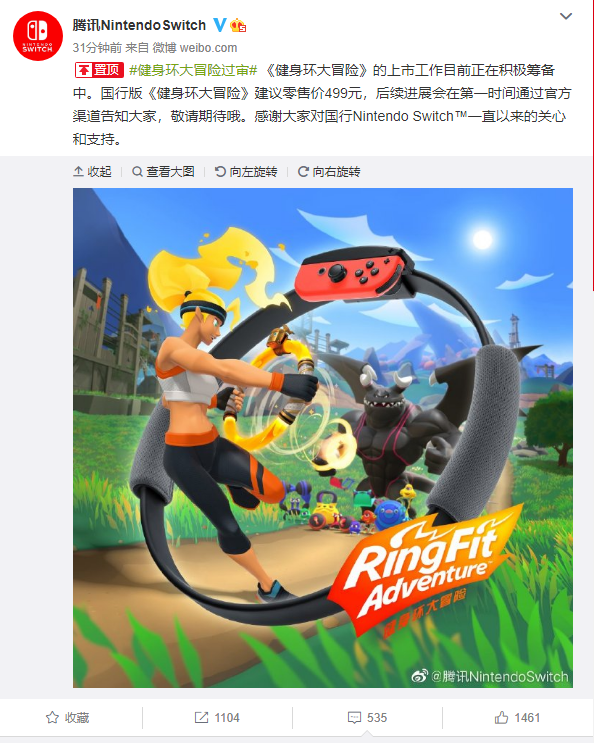 As a popular work on the switch platform, fitness ring adventure is represented by shingaki, the goddess of Japan. Many stars are loyal fans of the game, such as Jolin Tsai.

The price of the Bank of China's 499 yuan is much cheaper than the foreign version, which can be said to be quite conscientious.

After the news was announced, @ Tencent nintendoswitch official micro blog has been fried:

This price is too conscience, for fitness ring to buy switch friends can rest assured to buy the country line?