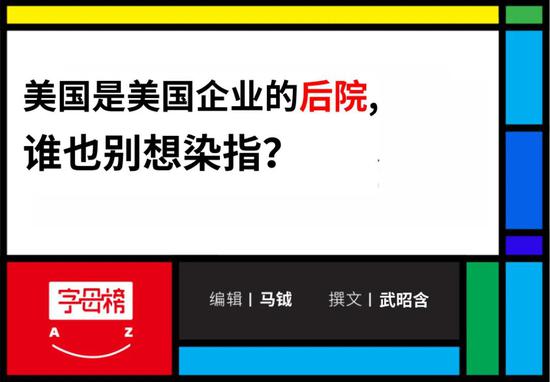 Zuckerberg's reviews in China have never been so bad. 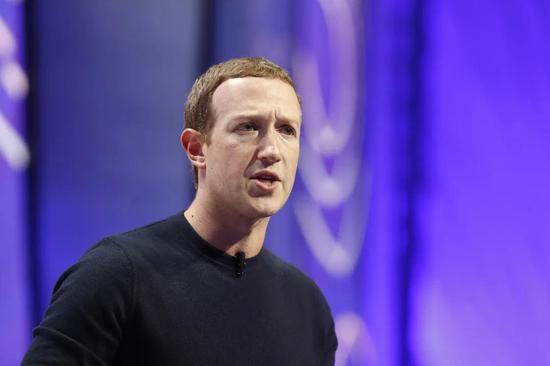 He wasn't the first American entrepreneur to come forward and attack Chinese companies. Cisco CEO Chambers played it a decade ago

One anecdote is that Ren Zhengfei and Cisco CEO John Huawei entered the U.S. market in 2002

With the rise of Huawei, Chambers quickly ranked Huawei as the first competitor. At a network equipment show in the U.S., he made it

The beginning of the story is always similar. Chambers and Zuckerberg did not think that weak Chinese opponents could pose a threat to themselves. Once they found out that their opponents were growing up, they immediately turned their guns around and tried their best to attack opponents who might challenge their status in the world. 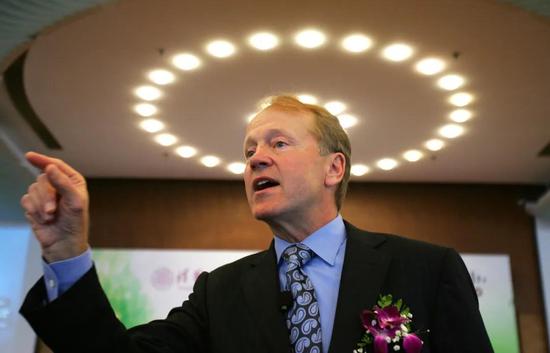 At the end of the lawsuit, Huawei and Cisco turned into silk, and Chambers and Ren Zhengfei, born in 1944, expressed their appreciation for each other on different occasions. Over the past decade, however, Cisco has never given up lobbying the U.S. government to say Huawei threaten U.S. national and communications security, having been listed as an entity and shadowed by Cisco.

The world of Huawei describes chambers visiting ren zhengfei in china: one day in december 2005, in the Huawei headquarters office in sakata, shenzhen, ren zhengfei arranged his tie in the mirror. This is the usual 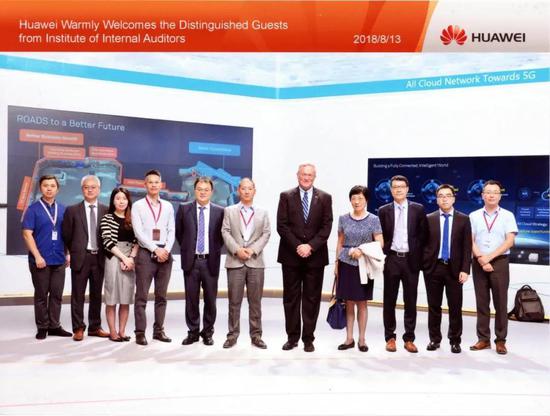 Huawei's feud with Cisco stems from Huawei first appearance at the Atlanta Telecom Equipment Show in 2002, when Huawei shouted the slogan

After entering the North American market, Huawei's market share grew rapidly, and chambers was worried about the rapid rise. Then, in the Brazilian data product bidding meeting, Huawei beat Cisco and got an order of $4 million.

Chambers increased the alert and set up inside Cisco

In mid December 2002, Cisco global vice president came to Huawei, formally raised the issue of intellectual property rights to Huawei, and asked Huawei to admit the infringement, and to compensate and stop sales. Huawei believes that it can stop selling products in dispute overseas, but refuses to admit infringement in software.

Cisco sued for infringement of its intellectual property rights in the marshall town federal court in eastern texas Huawei january 22,2003. This lawsuit is called

Huawei had just opened up overseas markets that year. If it lost the lawsuit, it would be very difficult for Huawei to enter the international market.

Along with this lawsuit, there is a huge public opinion war. At that time, the outside world didn't know much about Huawei. Cisco wanted to suppress Huawei through public opinion, putting Huawei under the label of having military background.

At this life-and-death node, Ren Zhengfei responded quickly, appointing Huawei senior vice president, Guo Ping, as head of the response, and quickly forming a response team. He pointed out that

Later, Huawei and 3Com, the world's second-largest data network company at that time, planned to set up a joint venture and won the support of 3Com. Finally, after more than a year of seesaw fighting, Cisco was forced to agree to a settlement.

Chambers finally had to say to the media:

However, this lawsuit is only a clear settlement between the two sides. Chambers declared: 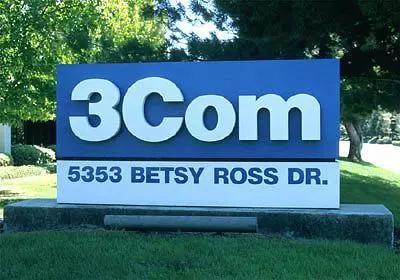 There is a shadow behind it, and a Cisco spokesman admitted in 2012 that in the past few years, Cisco has adopted

In 2013, Cisco was the only opponent in the 58-page U.S. House of Representatives Standing Special Intelligence. The report mentions Cisco because

Chambers was again asked Huawei questions when he retired in 2015. He and Ren both showed appreciation for each other,

In 2016, Huawei Xinsheng community management column forwarded an article "Huawei's old enemy Cisco, born the flower of technology in the soil of love", Ren Zhengfei wrote a note in person: I'm not as good as chambers. Not only do I not listen to the voice of customers, but also the voice of senior cadres, not to mention the voice of employees! Although I constantly call for customer focus, I often have subjective assumptions. Although chambers and I are good friends, how much do we really understand his strengths?

However, even though chambers and Ren Zhengfei share each other, Cisco and Huawei have never stopped fighting.

Also pointing guns at Chinese companies, why has Zuckerberg been more questioned? Maybe it's because he's always been

Until 2017, Zuckerberg will still shout

He went to tsinghua university to give a 20-minute speech in chinese in 2014 and became a member of the advisory committee of the school of economics and management at tsinghua university, promising Facebook to recruit chinese staff. In 2015, when he visited Xi'an, he claimed to be the Big Wild Goose Pagoda 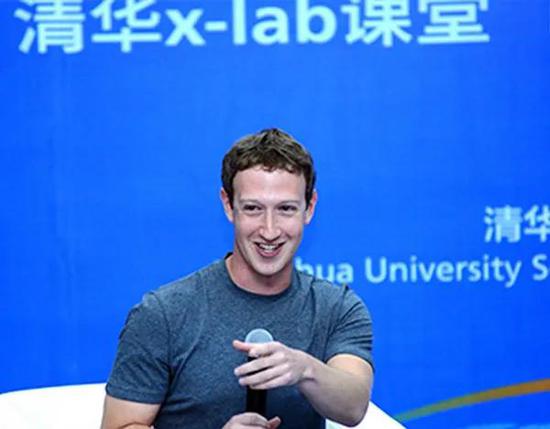 In 2014, Zuckerberg gave a speech at Tsinghua University

Chinese leaders visited the U.S. in 2015, Facebook set up a home page to gain 560000 fans in three days. Then Zuckerberg spoke to Chinese leaders in the forum and said with excitement:

He is always showing a good name to China

But by the second half of 2017, Facebook's photo-sharing software in China

In 2019, tiktok has sprung up all over the world, especially among young users. Zuckerberg began to demonize tiktok from China and threaten Facebook's tiktok, and developed products copied from tiktok in Brazil and Mexico.

However, tiktok's rapid development overseas is also inseparable from its radical launch on Facebook. It is said that tiktok has a short time, and the cost of marketing is $1 million a day. However, since the scale effect of the original bilateral network between content creators and consumers has not yet taken place, and tiktok remains too low, Facebook is determined to earn promotion fees and does not regard tiktok as a threat.

In 2019, the rise of short video makes Zuckerberg fully aware of the strong competitiveness of Chinese companies. Short video has a global language, viral transmission characteristics, competing for the length of young users.

From the point of view of the user group, the relevant data show that 35.3% of the TikTok users are 18-24 years old, the largest proportion of all users, and the proportion of 25-34 years old users is also rising rapidly. These groups are the backbone of many advertisers. And Facebook revenue comes almost entirely from advertising, accounting for 98.53% of advertising revenue in 2019.

It's only then that Facebook has begun to officially regard tiktok as a competitor. Zuckerberg said what Washington politicians wanted to hear.

On August 2, the late night statement of byte beating aimed the gun at Facebook, and Zhang Yiming officially declared war against Zuckerberg.

It can be predicted that Facebook with the help of the U.S. government to curb tiktok will not lie down and win. The dominance of American Internet companies in the world is not strong. It is not ruled out that some countries may start to ask Facebook to follow the rules after seeing the demonstration effect of Lighthouse countries.

Many people compare Huawei with byte skipping. However, in addition to the similar situation of being suppressed by the United States, Huawei, which has hard core technology, is totally different from the byte hopping of Internet virtual services. The outcome of their strangulation by American companies will be different.

Huawei has the world's first 5g technology, and no American enterprise can directly replace Huawei at present. But for byte skipping, as a video software, it is very likely to be replaced. At present, there are only two ways: forced closure and negotiated acquisition.

When byte skipping chooses the latter, a lot of complaints in the network point to byte skipping and Zhang Yiming. But Zhang Yiming has no choice right now. Compared with Huawei's products that can be seen and touched, users are the products with the largest byte jitter. Therefore, byte hopping is bound to be unable to cross the U.S. market. 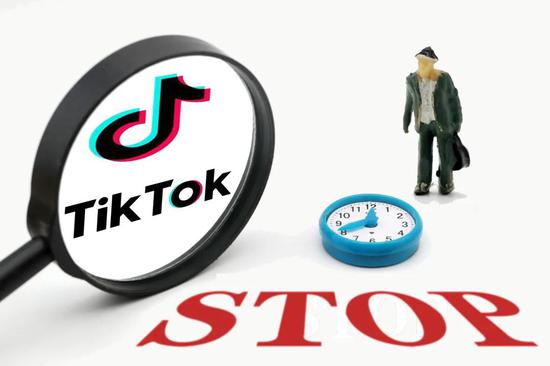 Through the action against tiktok, trump killed two birds with one stone. On the one hand, trump cleaned up Chinese companies and won the support of American populists. On the other hand, as Trump's opponents, Silicon Valley technology companies, which boast of freedom and independence, began to kowtow to trump. Zuckerberg's and Trump's glances illustrate this.

Zhang Yiming has no game capital. In terms of business returns alone, the best option he can choose is to sell tiktok.

But the path is hard to imagine. Regardless of his status as president, as far as his experience in court is concerned, trump can say that he kills everything in a second. For a long time, trump was a guest of state courts in the United States. He knew almost as many lawyers as he knew real estate agents.

Forty days before Trump's ultimatum of September 15, many people have hoped that the byte beat will win as Huawei once did

How about tiktok sold to Google in America? 》, flipping through books, pan Luan

"The establishment of Anti China office, Cisco and Huawei nearly 20 years of war, the biggest enemy is the times and themselves", baidu Baijia, fat Fu's cabin

Before and after chambers retired, and the past of Huawei, titanium media

"Byte beat can only talk about one kind of politics", Hao yaya

Related news
Chambers and Zuckerberg, the two leading American Lancers
Hot news this week
Huawei Chinese Academy of Sciences key EUV lithography machine? ASML Chinese Engineer: Arabian Nights
China Semiconductor new era: world's largest Gan plant built in Suzhou
Baidu curiosity night ignites 10.8 billion people to participate in interaction and redefine science and technology evening party
Has soared to 54,000 Wechat and downloads surged in the U.S. over the weekend
Huawei CEO Ren Zhengfei leads a team to visit CAS: Discussion on basic research and key technology development
Samsung Galaxy S20 Fe has been first exposed in the video
The AirPods Studio is said to be equipped with a U1 chip, ultra-broadband, which is said to be critical to future apple ecology
Baidu curiosity night show AI black technology every one is worth your curiosity
"Earn 100 yuan a day on wechat" unfair competition was sued by Tencent and the court awarded 20 million yuan
Tencent: existing wechat users in the U.S. may continue to use but cannot obtain new users, and will continue to negotiate
The most popular news this week
How can Chinese in the United States promote the survival of the Jedi through wechat in the 45 day war?
Chip snatching battle: headhunters exploding orders, companies were hollowed out
Li Xueqin shows up in Luo Yonghao's live room with goods: live experience of Netease intelligent steam foot bath basin
More than 65W, one plus 8t standard C-Port quick charging head: eat MacBook and PD fast charging mobile phones
The possible cause of NVIDIA geforce RTX 3080 / 90 crash is related to the capacitance on the back of the chip
Dong Mingzhu: I don't want oaks to close down, but I hope to go out on behalf of China's image
Leading R & D effectiveness Innovation Tencent through the National DevOps Standards Excellence Evaluation
Cool and sassy! "Freedom and color" color determination anti drop mobile phone case release conference is also too good to play!
Rapid implementation of Baidu health e-commerce service strategy on HPV vaccine appointment day
Play games faster and better! Huawei enjoy 20 Plus hand in hand "werewolf kill" surprise attack