Now Tencent has announced what may be the toughest crackdown on plug-ins in history. The CFHD in the HD competitive region of "crossing the line of fire" must be closed, the equipment will be permanently banned, and the account number will be blocked for 10 years.

The game plug-in is probably the most troublesome thing for players and game companies besides piracy. There are always a small number of people who enjoy breaking the rules. However, the most important thing is the attitude and policy of the game company. If we do not take high-pressure measures for plug-ins, the game will be destroyed sooner or later.

In order to cooperate with the new game area, Tencent has also launched the most stringent policy in the history of external plug-ins,When the TP game security monitoring system detects abnormal game data using self aiming, perspective and other plug-in functions, users will receive a ten-year penalty notice.

Except for the title,The computers used by the players will also be blacklisted, and players will never be able to log in to CFHD on the banned computers.

Tencent said CFHD will use 7x24 all-weather mode to detect player behavior and analyze plug-in samples through a series of advanced technologies.

In short, hope in Tencent's high-pressure policy, external players can be completely eliminated, do not reach out, hand must be caught by the technical policy is the key to eliminate external. 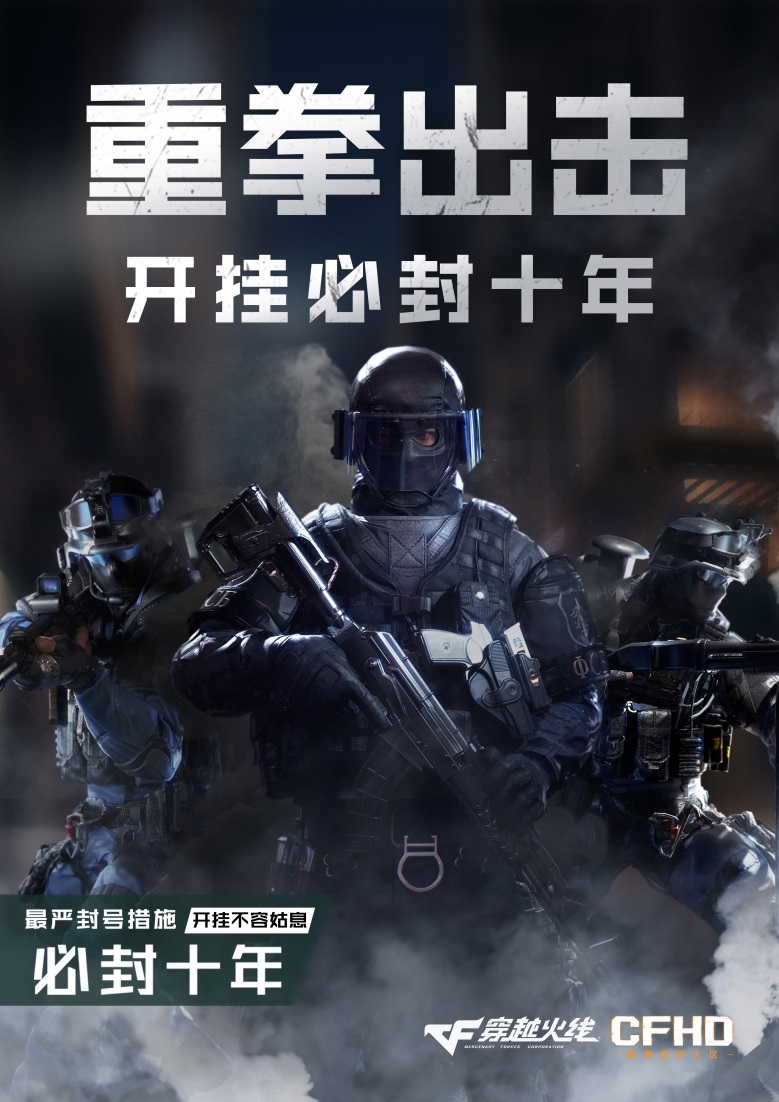 Related news
South Korean government plans to replace Windows 7 with open OS based on Linux
South Korean government plans to replace Windows 7 with Linux-based OpenOS
Open ran policy alliance established by 31 global giants is not only for Huawei
The UK will put Huawei ban into law and adopt open ran to achieve diversification as a long-term development goal
Hot news this week
Huawei Chinese Academy of Sciences key EUV lithography machine? ASML Chinese Engineer: Arabian Nights
China Semiconductor new era: world's largest Gan plant built in Suzhou
Baidu curiosity night ignites 10.8 billion people to participate in interaction and redefine science and technology evening party
Has soared to 54,000 Wechat and downloads surged in the U.S. over the weekend
Huawei CEO Ren Zhengfei leads a team to visit CAS: Discussion on basic research and key technology development
Samsung Galaxy S20 Fe has been first exposed in the video
The AirPods Studio is said to be equipped with a U1 chip, ultra-broadband, which is said to be critical to future apple ecology
Baidu curiosity night show AI black technology every one is worth your curiosity
"Earn 100 yuan a day on wechat" unfair competition was sued by Tencent and the court awarded 20 million yuan
Tencent: existing wechat users in the U.S. may continue to use but cannot obtain new users, and will continue to negotiate
The most popular news this week
More than 65W, one plus 8t standard C-Port quick charging head: eat MacBook and PD fast charging mobile phones
The possible cause of NVIDIA geforce RTX 3080 / 90 crash is related to the capacitance on the back of the chip
Dong Mingzhu: I don't want oaks to close down, but I hope to go out on behalf of China's image
Leading R & D effectiveness Innovation Tencent through the National DevOps Standards Excellence Evaluation
Cool and sassy! "Freedom and color" color determination anti drop mobile phone case release conference is also too good to play!
Rapid implementation of Baidu health e-commerce service strategy on HPV vaccine appointment day
Play games faster and better! Huawei enjoy 20 Plus hand in hand "werewolf kill" surprise attack
Windows XP, Server 2003 source code leaks: Microsoft finally responds
Industrial and Commercial Bank of China's important business system for the first time on Alibaba self research database: supporting trillions of assets
Lenovo big data platform, home-made operating system Kirin pairing success