In the past two years, the battle between AMD and Intel processors has caused many gourd eaters to have a good time. However, it is undoubtedly a difficult problem for users with different needs to choose the most suitable processor for themselves. For example, should game players, especially more and more people playing games on laptops, move left or right?

Clearly, there is no single answer to this question. Here's what Intel say. 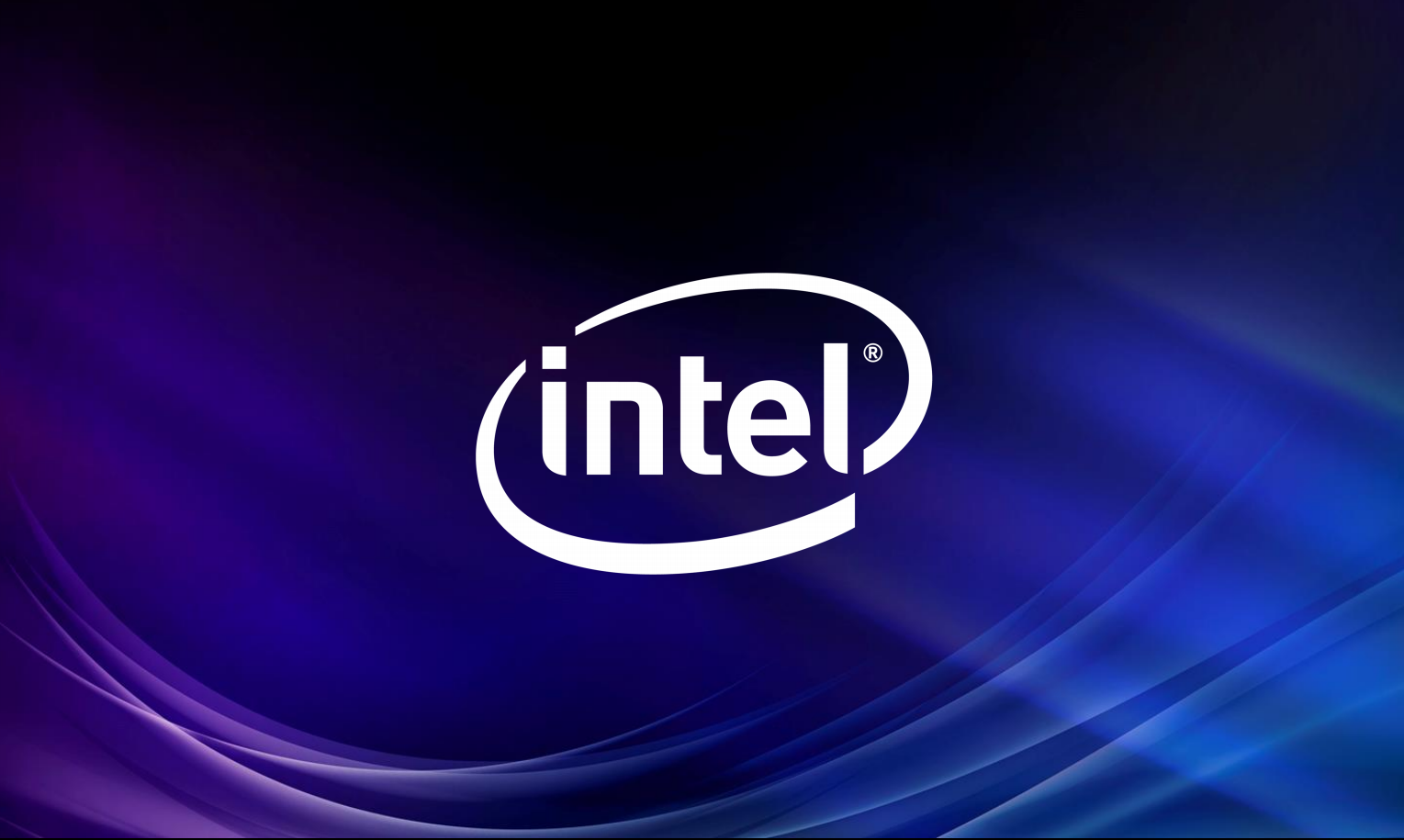 First of all, in the context of the game market is undoubtedly one of the most popular areas. According to the data, the global E-sports market value will reach 1.1 billion U.S. dollars in 2020, with an annual growth rate of 15.7%, of which China will account for 35%.

This also led to the recovery of the PC industry. In the second quarter of this year, the global PC shipment increased by 11.2% year-on-year, which was very eye-catching in the tense environment of epidemic situationGame book is one of the forces that can not be ignored. In the first quarter of this year, its share in the entire notebook market has reached 22.5%.

At the same time, the forms of game books are becoming more and more abundant, including dual screen, high refresh rate of 300Hz, hdr1000 panel, ultra narrow border, high color gamut, 16.1 / 16.6 inch screen, etc., which are all very attractive in all price segments.

As a leader in the industry, Intel has always been devoted to the game, constantly promoting technological innovation, game improvement and ecological cooperation, such as the latest 10 generation core H series high-performance processor,Fully open 5GHz high frequency EraWe also have the potential to accelerate Max 3.0、TVB release support better core and memory overclocking, it provides Adaptix Dyanmic Tuning、Speed Optimizer、Extreme Tuning Utility and other deep-digging performance and overclocking technology, tools, and of course Gig Wi-Fi 6 wireless networks, I225 Ethernet, Thunderbolt 3 high-speed interfaces and so on. 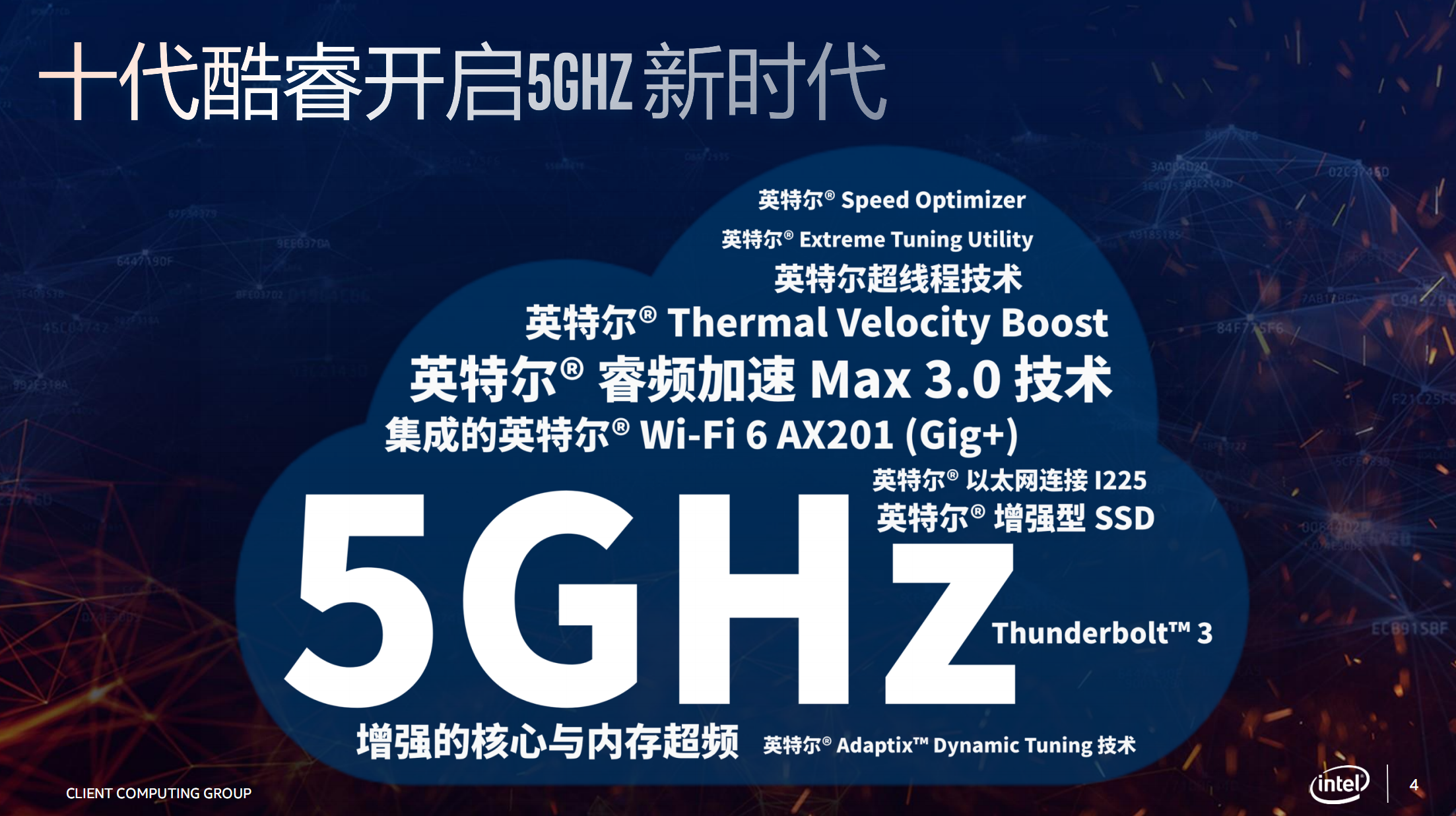 In addition to the continuous improvement in hardware, Intel has never been stingy in software investment,There are nearly 10000 software engineers in the world, including a huge game support team. They can provide software developers and game developers with the best hardware, software middleware, SDK and performance library, so as to optimize the instruction set and microarchitecture, and ultimately bring better pictures and higher frame rate. 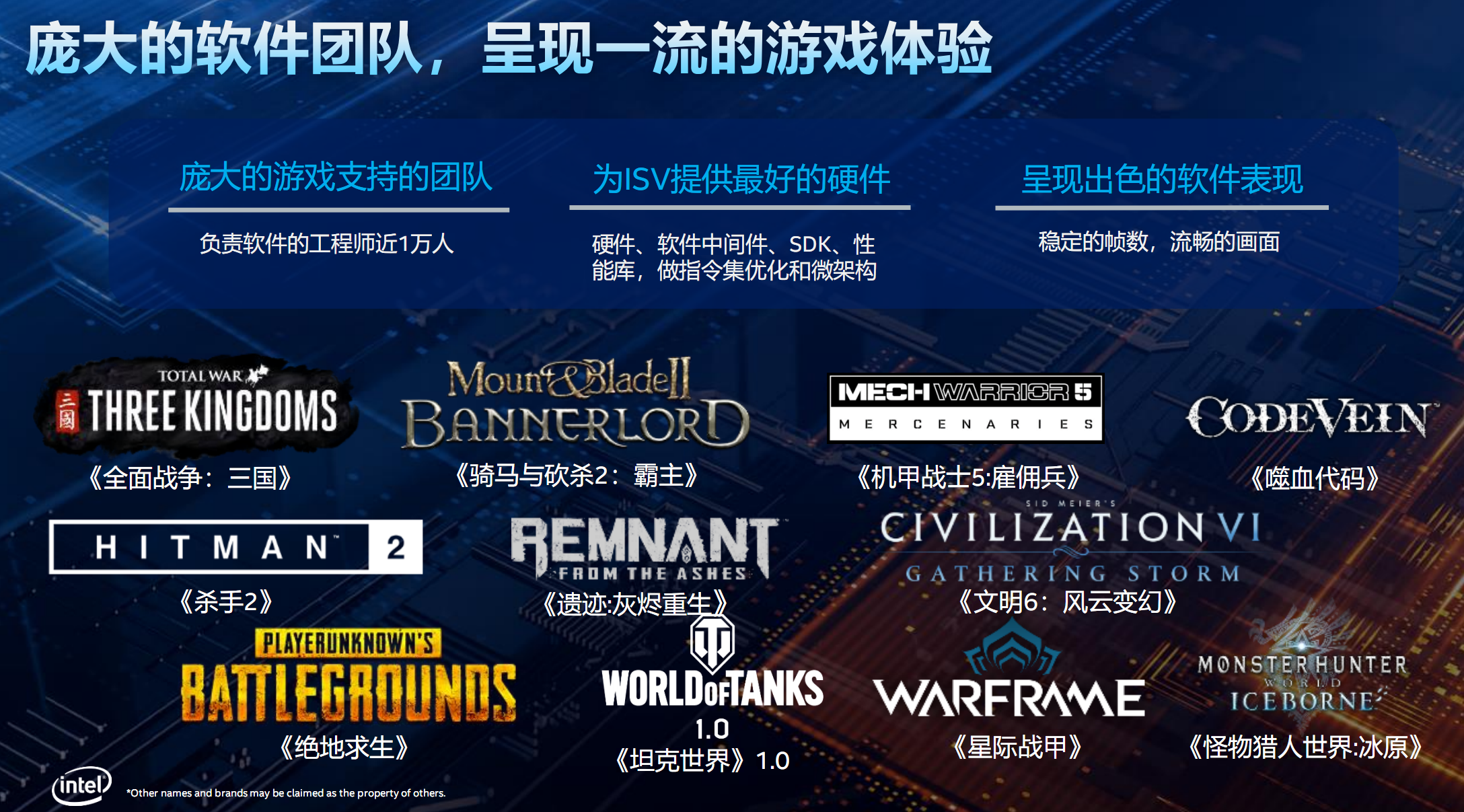 And, of course, in ecological cooperation, Intel've always been 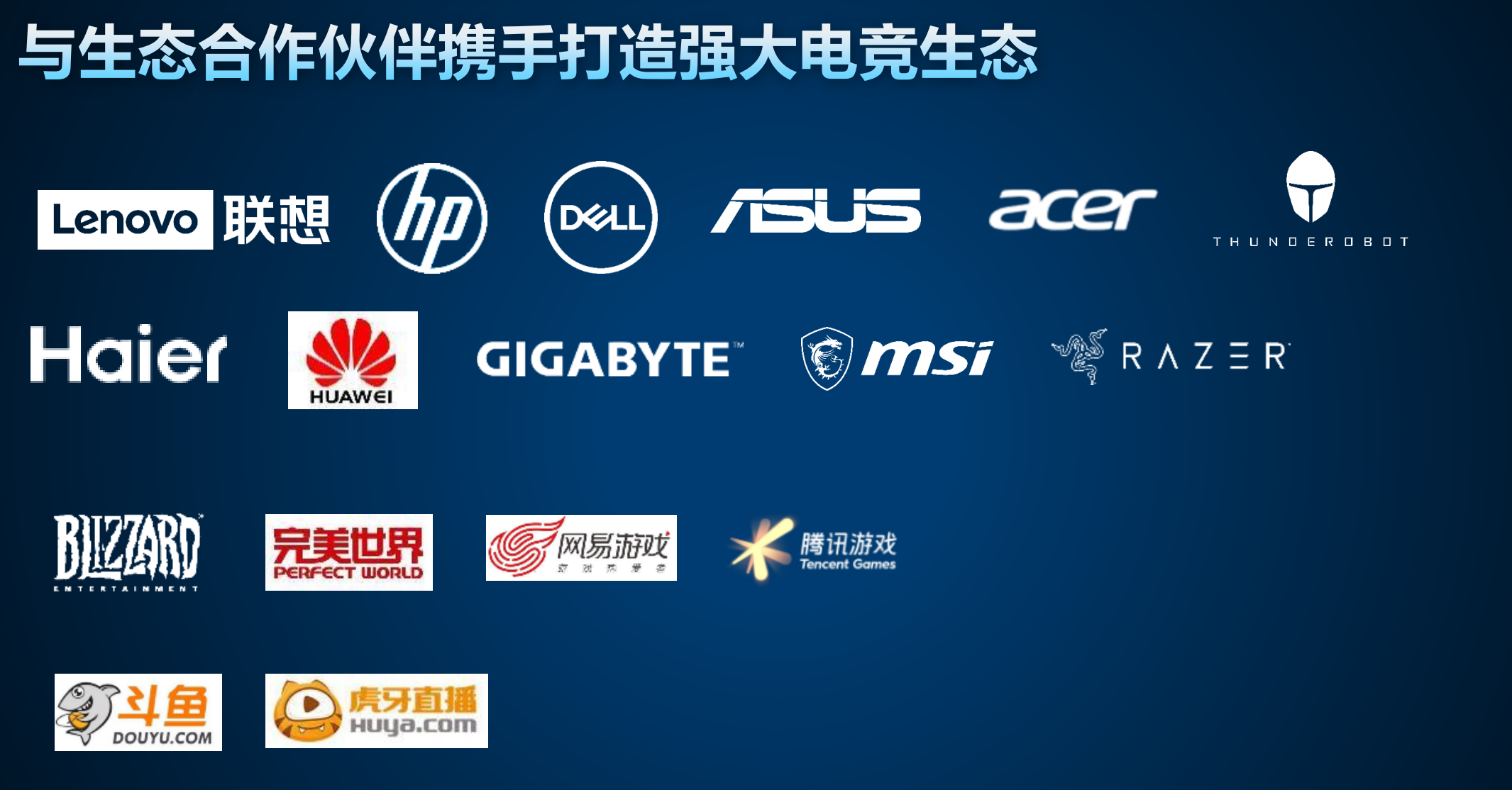 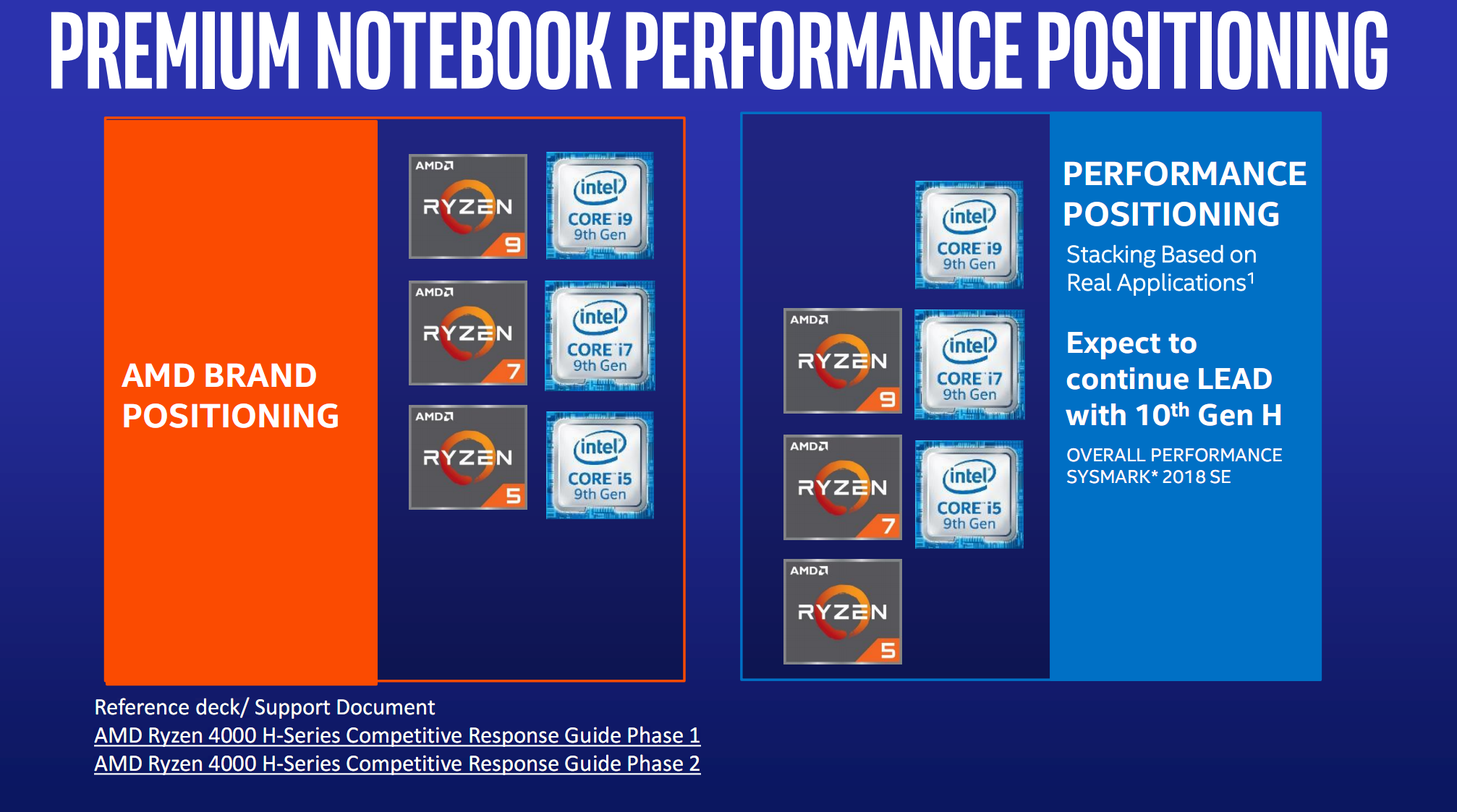 In addition to the processor, the other configurations of the two different versions are identical, including 16GB dual channel memory, 512gb nvme SSD, GTX 1650 Ti graphics card, and 60whr battery. 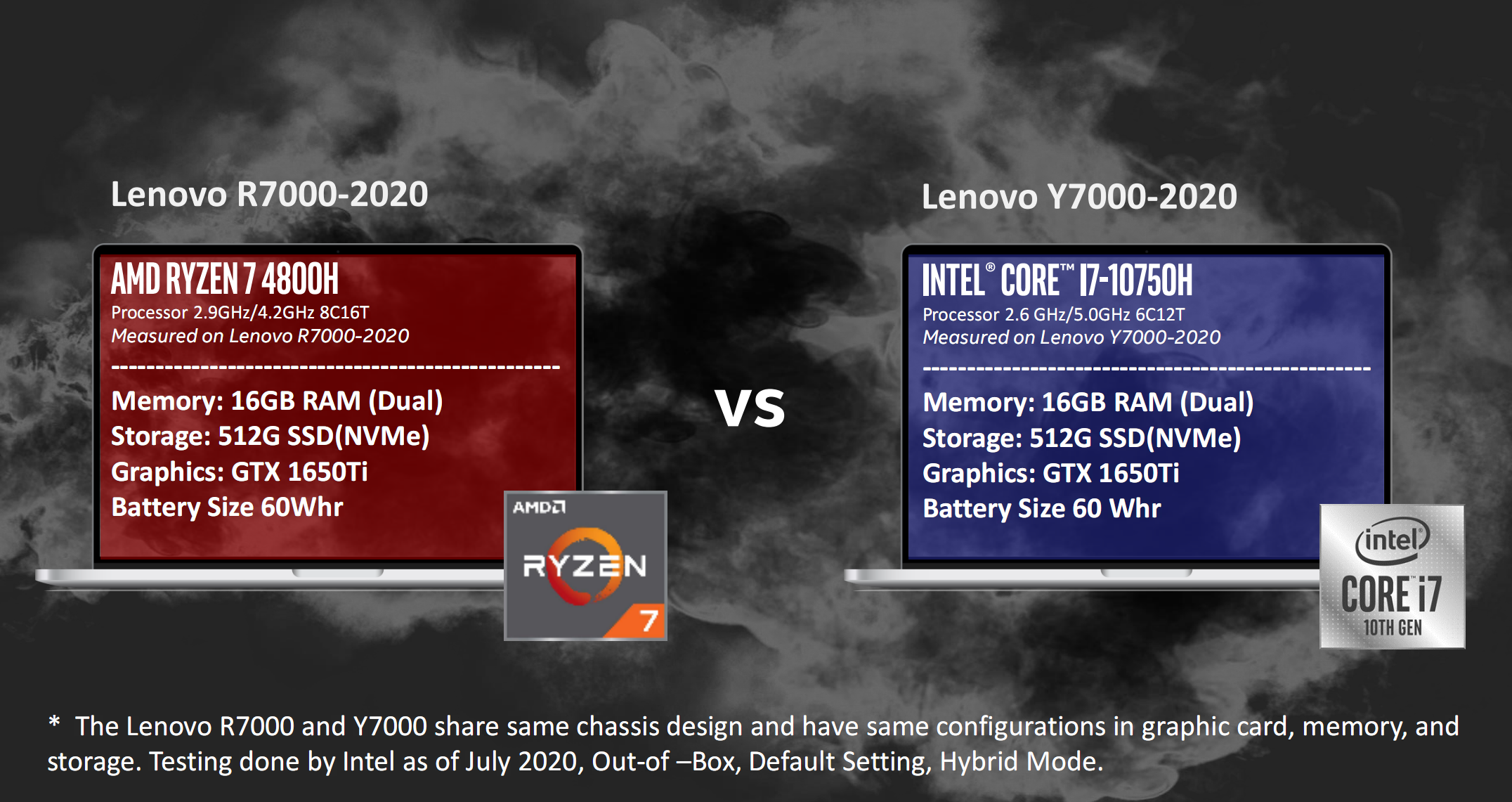 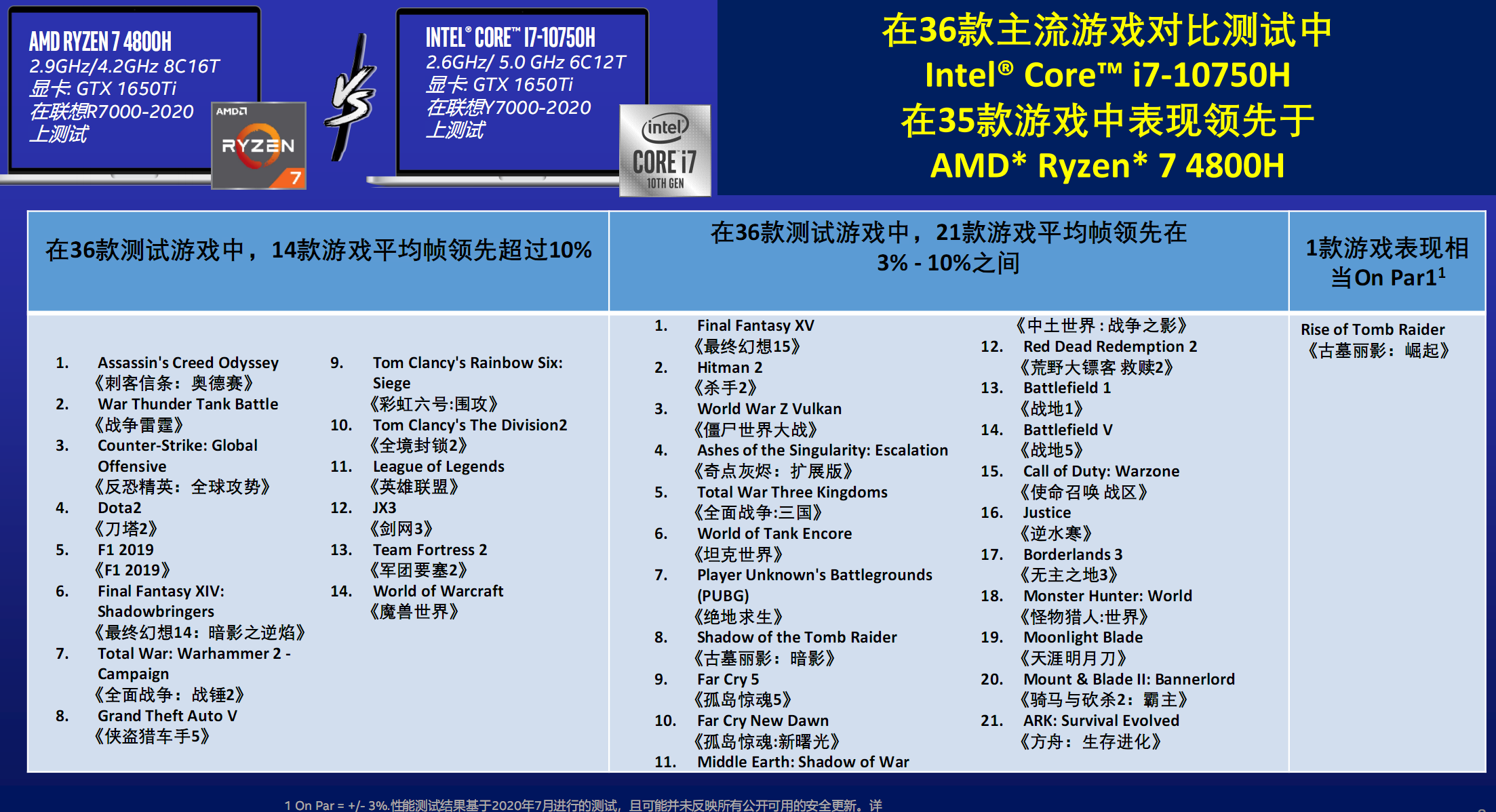 In particular, i7-10750h has an absolute advantage in some of the most popular games on steam and station B platforms,A number of games can lead the sharp dragon 7 4800h by 14%, the whole territory blockade 2 even reached 37%, and world of Warcraft also has 20%. 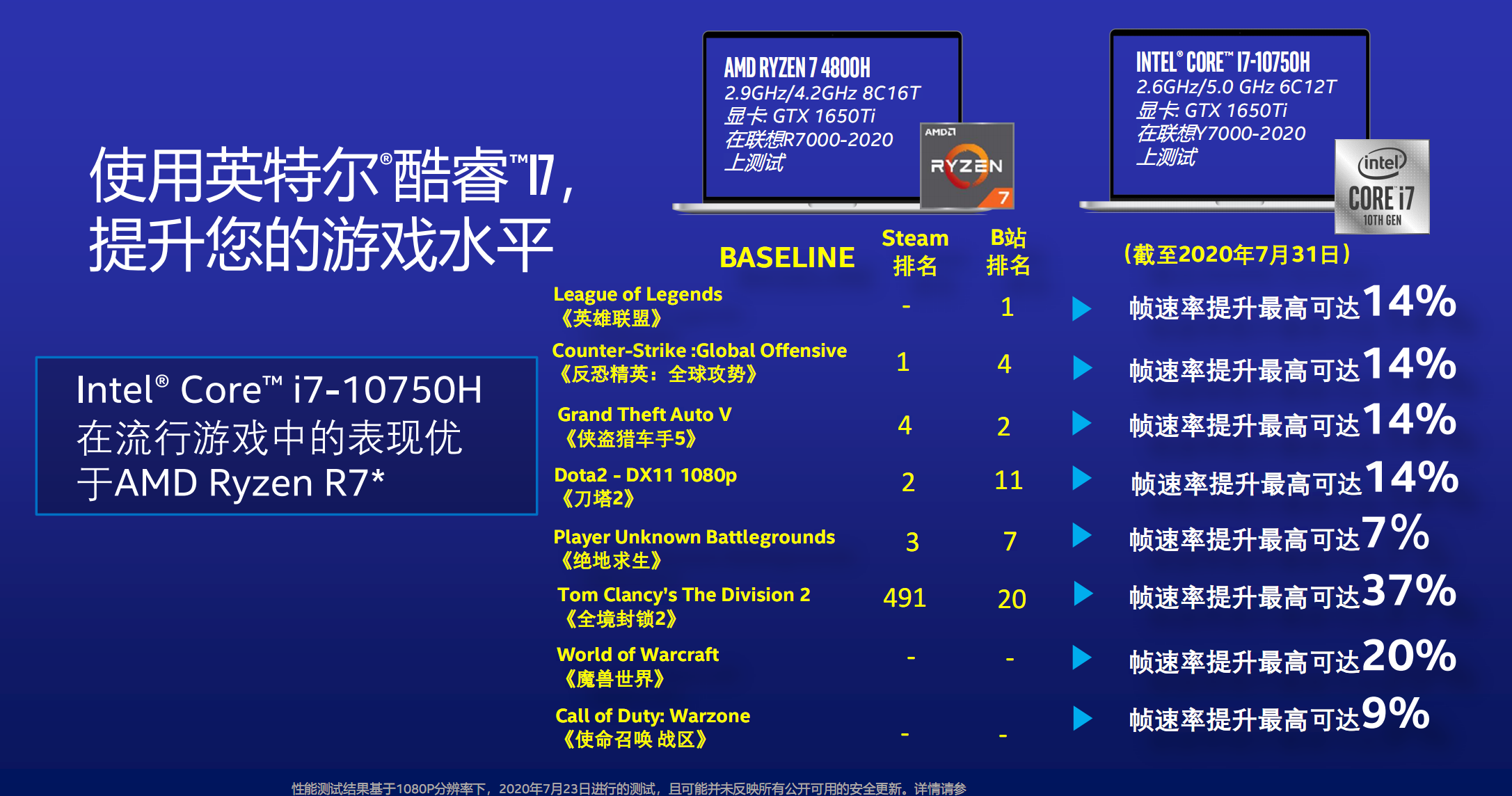 Intel concluded that the game book equipped with the 10 generation core h processor has better game performance, better productivity / content creation / power consumption endurance, and can take into account both the game and the work. 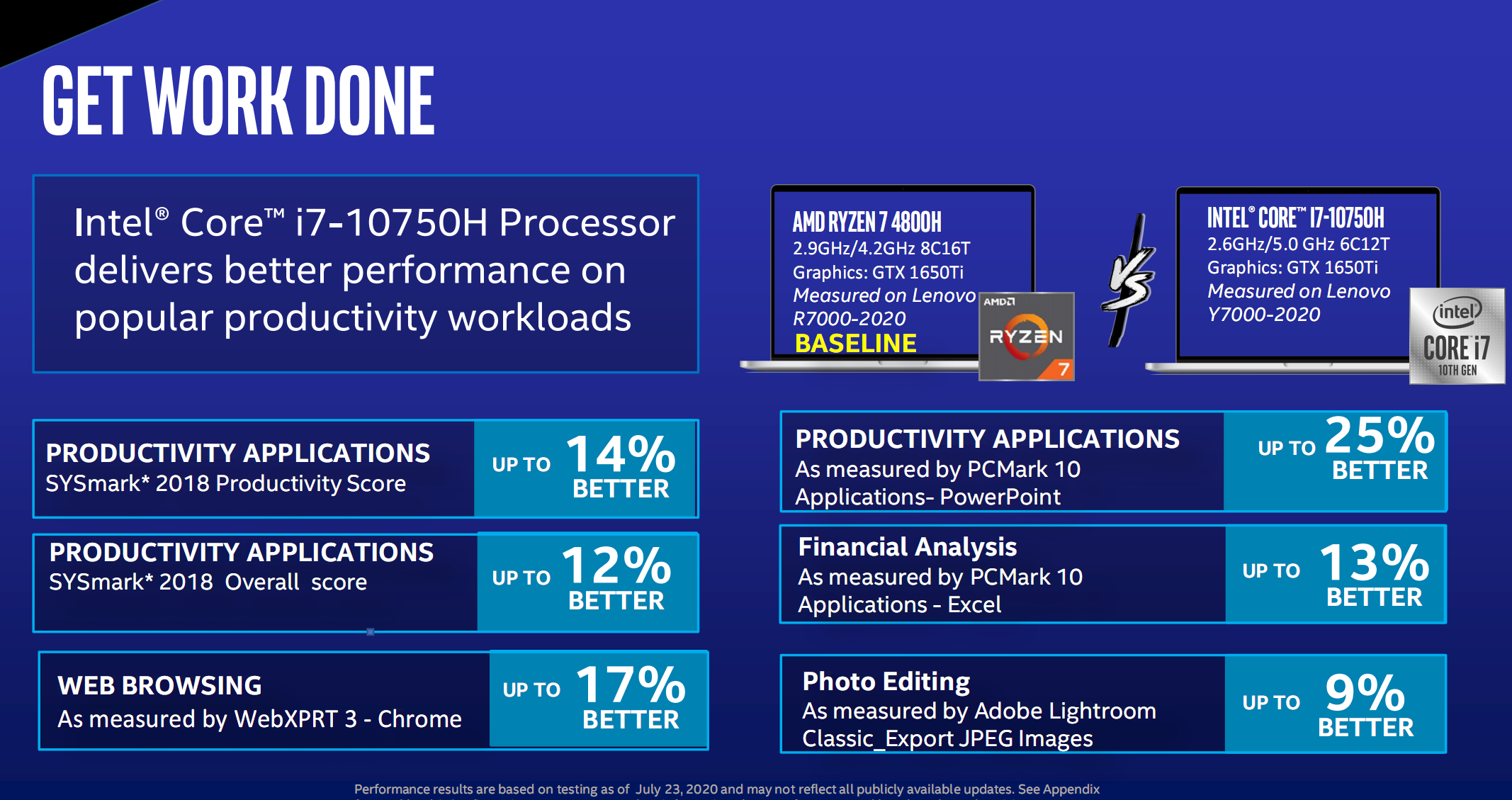