Huawei Kirin chip out of print joint development can solve the urgent problem?

Huawei Hayes Semiconductor belongs to the Fabless( no factory) mode, only responsible for the design of chips, and chip manufacturing needs to be handed over to the wafer factory. Yu said,

At present, the world has the ability to mass produce 5 nm chips such as Kirin 9000 TSMC only。 TSMC has been banned by the United States and has been unable to continue to contract for Huawei.

In other OEM factories, either the products are not sold out, or the technology is not up to standard.

As if all the roads were blocked, people could not help asking, what should Huawei do next?

After screening, it is a better choice to form an alliance with undk. It may be rare that Cai Mingjie ,70, chairman of MediaTek, is Ren Zhengfei

Ren Zhengfei founded Huawei in 1987 and Cai Mingjie founded MediaTek 10 years later. As a latecomer, Cai Mingjie appreciates Ren Zhengfei very much. Ren Zhengfei's works, such as the winter of Huawei and the spring of the Northern Kingdom, are read from time to time to remind himself to be prepared for danger in times of peace.

Cai Mingsuke believes that Huawei and MediaTek commonality, is growing fast, and are all have

Cai Mingjie appreciates Ren Zhengfei's two articles very much. He not only reads them himself, but also recommends employees to read them.He also learned from Ren Zhengfei and often sent e-mails to remind employees that no matter how the industry changes, there must always be a sense of crisis.

And in the Huawei crisis, let the relationship between the two enterprises closer.

All roads have been blocked, except for the United Nations Development Agency

On May 15 this year, the U.S. government issued the latest ban. Any enterprise supplying semiconductor products containing American technology to Huawei must obtain the export license of the U.S. government first. The ban comes with a 120 day buffer period, which will take effect on September 15.

Fortunately, before TSMC officially announced the power cut-off, Huawei urgently added an order for 8 million Kirin chips with a 5nm process, and TSMC responded quickly, handling it in the form of super urgent orders, striving to ship Huawei before the ban came into effect.However, the analysis said that the situation is still grim, the 8 million chips can only be maintained until early next year.

The mainland's SMIC International, the most advanced chip process is only 14 nm, and is still in the climbing stage, its contract Kirin 710 A processor only on the glory Play4T、 glory tablet 6 and other low-end products. SMIC has previously stated,

The road of self research and OEM is not feasible. Huawei has to purchase third-party chips.

Although Huawei recently reached a patent settlement with Qualcomm for $1.8 billion, it hopes to improve the situation. However, Qualcomm's earnings meeting made it clear that the two companies do not have any substantive business transactions, Qualcomm's performance expectations do not involve Huawei information.

According to the Wall Street journal, Qualcomm is trying to lobby the trump government to relax the ban on HUAWEI 5G chip policy, the main idea is that HUAWEI can still get the chips needed by other competitors outside the United States.The U.S. ban will cost Qualcomm $8 billion in business opportunities.

In addition to Qualcomm, Huawei can choose only purple light zhanrui, MediaTek and Samsung.Samsung Exynos low processor output and ambiguous international influence, and its own design and manufacture of flagship processors have few take-out precedents. At present, Ziguang's domestic 5 G chips are the least commercialized, and trying means taking some risks.

The leading Huadan Tianji 1000plus chip is also comparable to Huawei's Kirin 9905g chip in performance. At the same time, Huawei Hisilicon has also introduced a large number of talents from MediaTek, and it has a better command of the voice than other companies such as Qualcomm.

Hisilicon has always been regarded by consumers as one of the most important labels of Huawei mobile phones. The integration of hardware and software features of chips and algorithms is its greatest advantage. Although switching to a third-party chip will affect the competitiveness of the whole machine, it can at least ensure that the mobile phone business will not stop.

Considering all kinds of situations, Huawei's use of MediaTek chips has become the only possibility.

As early as may, it was reported that Huawei ordered the number of chips from MediaTek300% surgeAnd it has become the largest mobile phone manufacturer of MediaTek Tianji 800 Series 5g chips.

This can also be found in the financial reports. According to the second quarter financial report of MediaTek, the revenue exceeded the expectation of NT $67.6 billion, with a month on month increase of 11.1% and a year-on-year growth of 9.8%. Among them, the revenue in June was 25.279 billion Taiwan dollars,Set a record in four years.

Driven by Huawei, DIGITIMES data shows that in the second quarter of the Chinese market, MediaTek chips accounted for 38.3% of the total,Beyond Qualcomm's 37.8% ranking first.

According to the latest news, Huawei has signed a letter of intent with MediaTek,We have set a big order to purchase more than 120 million chipsBased on Huawei's forecast of 180 million mobile phones per year, the market share of MediaTek will exceed 60%, far better than that of Qualcomm.

Although Huawei's Kirin chip is only for its own use and there is no positive competition with MediaTek in the market, it is still worth comparing the success of high-end transformation of Qilin chip with that of mediate and low-end in-situ rotation for many years.

In 2009, Huawei Hisilicon launched the first water trial product of K3 processor. And at this point,Known asHuawei failed in the first battle in the competition. 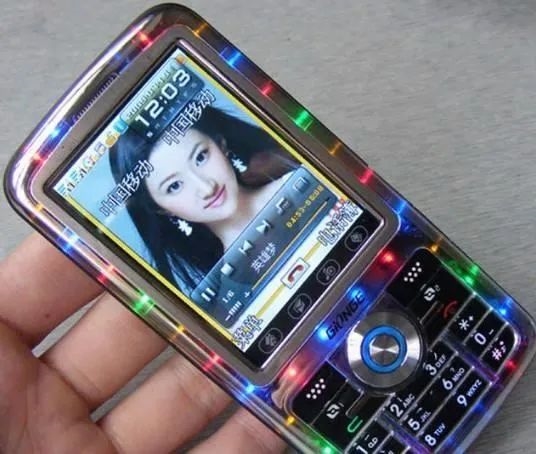 Fans of Shanzhai, once popular in the north and south of the river

Mobile phones have entered the smartphone era, and MediaTek

Look at UNDGO, trying toOne core is in trouble, and many are around 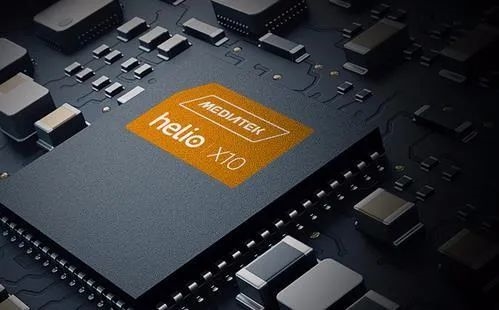 It was only in the last half year that the release of Tianji series 5g chips, which once again hit the high-end market, brought it back to people's view. However, the models on the market at present are still medium and low-end models.

People familiar with Huawei Hisilicon and MediaTek certainly know that they are highly similar in business. In addition to cell phone chips, theTV chip, Internet of things chip, security IPC (network camera) chipAnd so on the track are in front of PK.

In 2019, the revenue of Huawei Hisilicon will reach 12 billion US dollars, ranking the third in the world under Qualcomm in the revenue ranking of global chip design companies, and it is even more unique in mainland China, And MediaTek's revenue is only two-thirds Huawei Hayes。 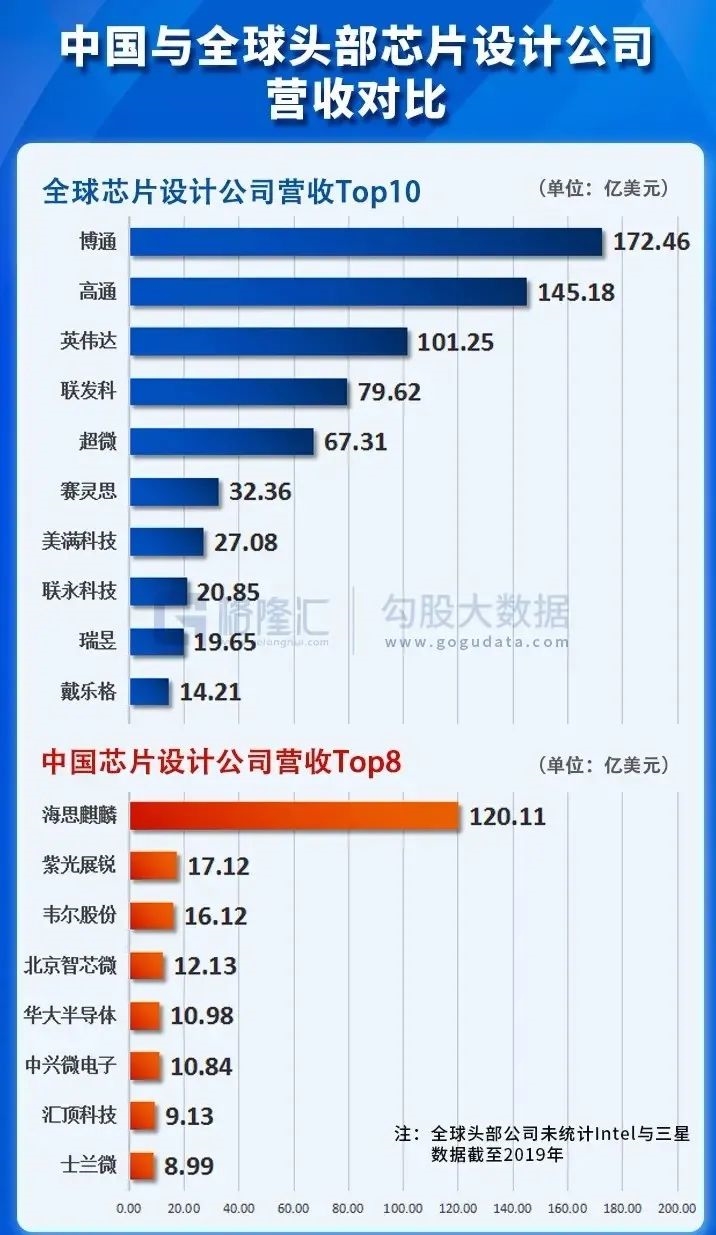 In 2012, the acquisition of Morningstar by MediaTek and the total market share of 75% in mainland China's TV chip market in 2015. Since then, Huawei Hisilicon has risen rapidly with more competitive TV chips and lower prices. In 2018, it has more than 50% of the market share, while the shares of MediaTek and Morningstar are squeezed to about 20%.

In the current hot NB IOT market, MediaTek's layout is very active. It has launched its first NB IOT system single chip mt2625, and built the smallest NB IOT universal module in the industry. Although the performance is outstanding, it obviously lags behind the Boudica series of Huawei Hisilicon in terms of commercial progress.

In the field of security IPC chip, Huawei Hisilicon also firmly occupies the first position with its excellent performance price ratio. According to the data, in just one year in 2014, Huawei Hisilicon increased the domestic market share of IPC chips from 37.3% to 64%, pulling down the former boss of Texas Instruments. However, it is also being chased and beaten by MDR's MSTAR.

so to speak, In recent years, MediaTek not only in the high-end market of mobile phone chips, but also suffered a serious impact on other tracks, and the relationship with Huawei can be described as love and hate.

Under the heavy pressure of the United States, Huawei still firmly occupies the third position in global chip procurement.

According to Gartner data, Huawei has become the world's third largest chip buyer after apple and Samsung since 2018, spending more than $21 billion. In 2019, however, it has hardly slowed down, falling only 1.8%. 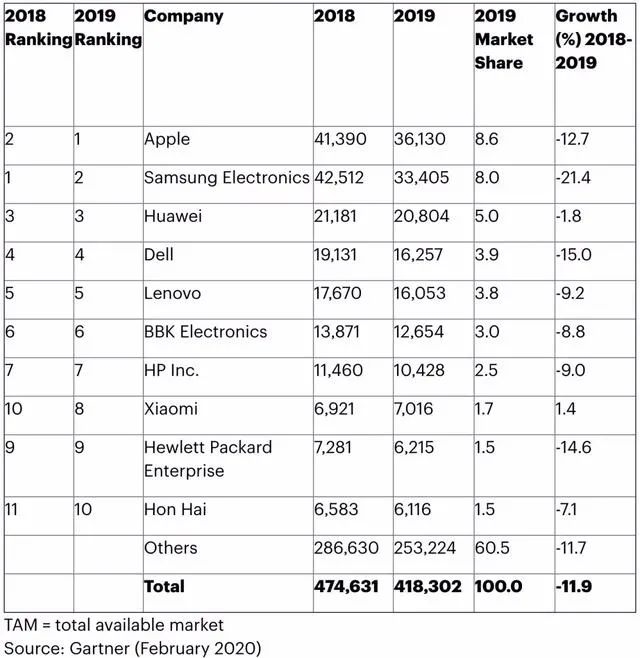 Behind the huge demand for chip procurement is the strong growth of Huawei's business.

Huawei growth in the second quarter came mainly from the high-end market of 2000 yuan-4000 yuan, as well as the high-end flagship market of more than 6000 yuan. 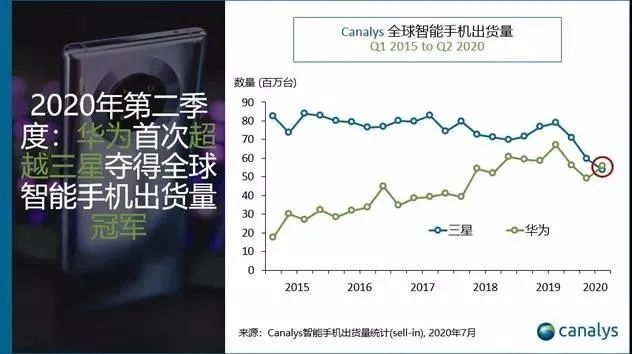 In particular, its position in the high-end market is exactly what it has been dreaming of for many years.

According to foreign media reports, Huawei will also take the Tianji 2000 processor into next year's P50 series of supply chainsIf the situation is true, it will be the first time that the MediaTek processor has entered the high-end market of more than $1000.

However, this does not mean that the United Nations Development Department can rest assured and enjoy its success.

First of all, there is the long-standing problem of the strategy of the Department.After the release of MediaTek's high-end Helio X10 chip in 2015, 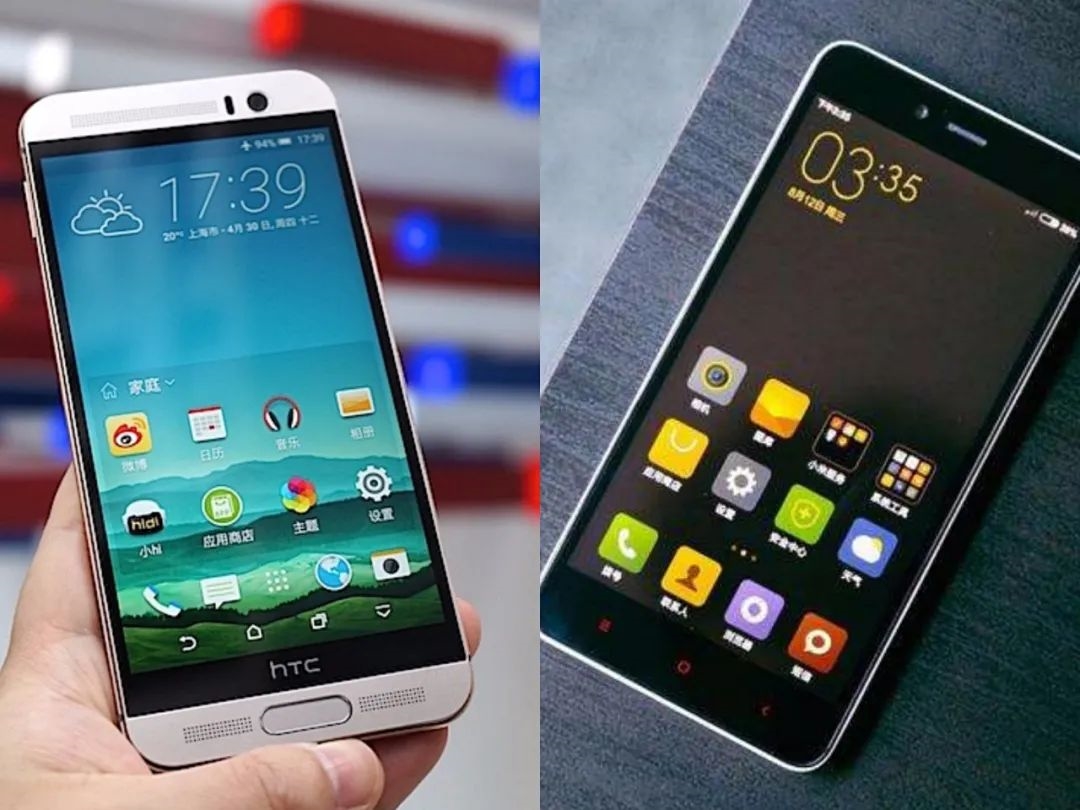 But never thought, not long

And this and Cai Mingjie still insist

Second, there are still many uncertainties about the impact of the US ban.For example, chips designed by MediaTek are also manufactured by TSMC. It is not clear whether Huawei's purchase of chips from MediaTek will be counted as a violation of the ban by the United States. In the buffer period before September 14, whether there will be a regeneration variable is unknown.

At the same time, Huawei does not intend to give up its own research. He said the Huawei will take root in all directions and break through the bottleneck of basic research and precision manufacturing in physics and materials science. As for terminal devices, Huawei are vigorously increasing the input of materials and core technologies, realizing the close linkage of new materials and new processes, and realizing breakthrough innovation. 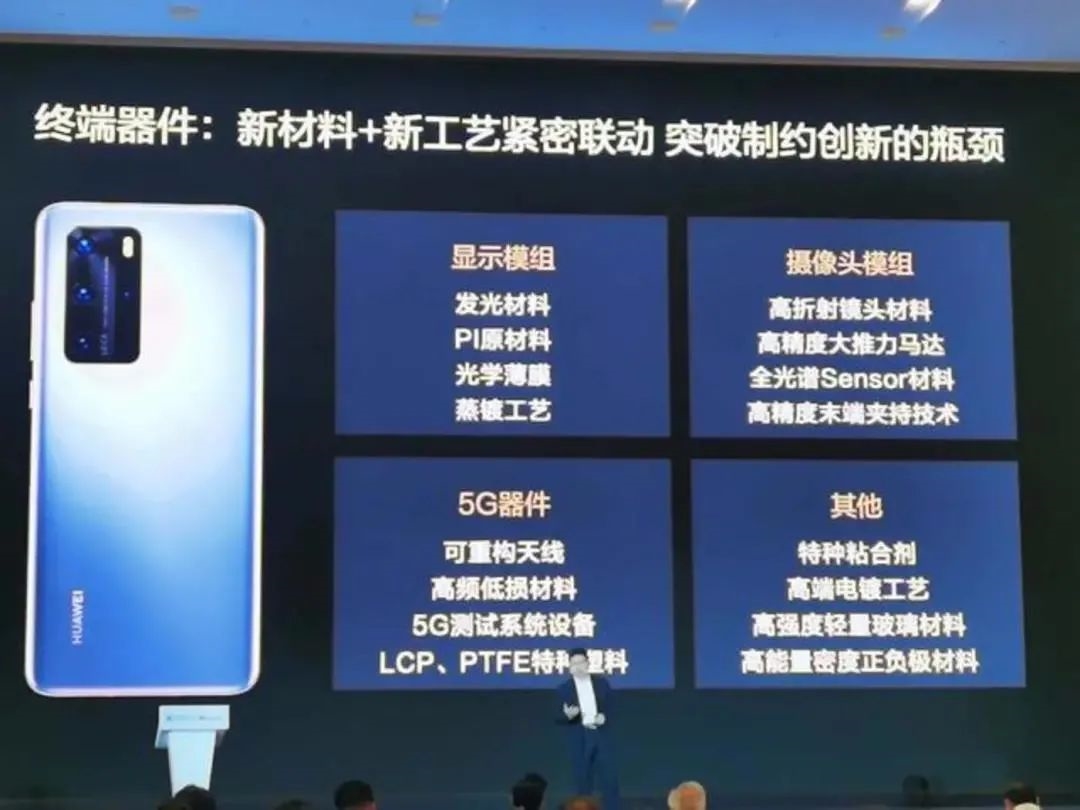 Early in August, Ren Zhengfei led a three-day intensive visit to four universities in Shanghai Jiaotong University, Southeast University, Fudan University and Nanjing University, releasing an important signal: Huawei is planning to excavate and reserve talents in various fields through colleges and universitiesIntegration of production, teaching and researchIt will help chip independence and the growth of artificial intelligence industry. 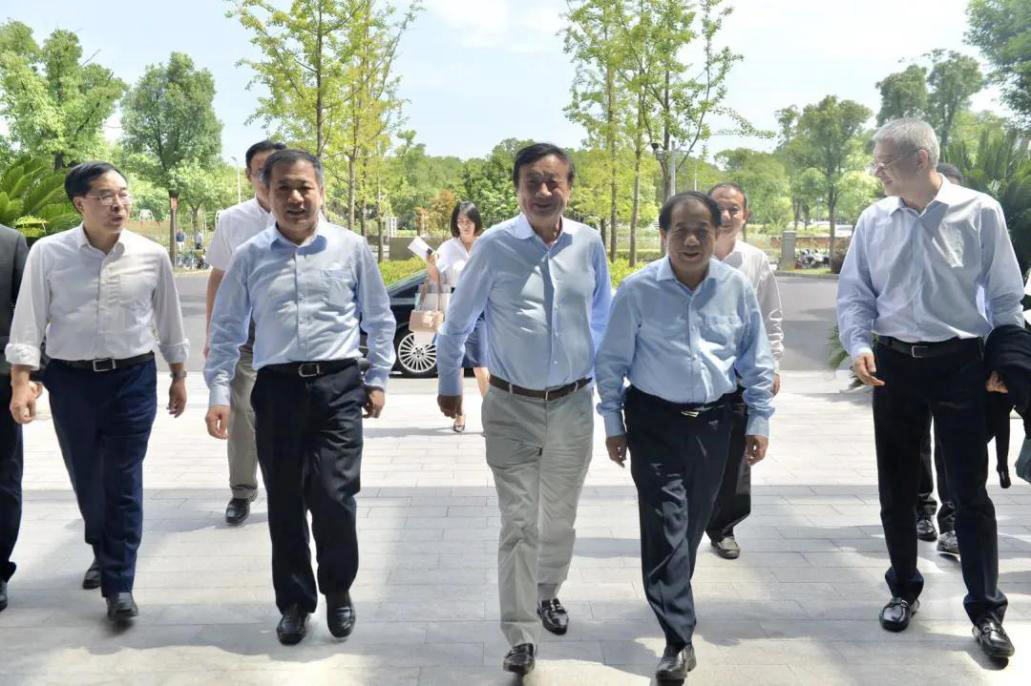 Maybe it's the latest exposure

Although it is not a matter of a day to achieve a breakthrough in core technology, once it is successfully overcome, it will be a big impact on both the United Development Technology and TSMC.

At present, for Huawei, it is urgent to solve the crisis without core, for MediaTek, to expand market share, seek high-end breakthrough is the most important.

There are no permanent competitors, only permanent business interests. For Huawei and MediaTek, it may be a win-win approach.