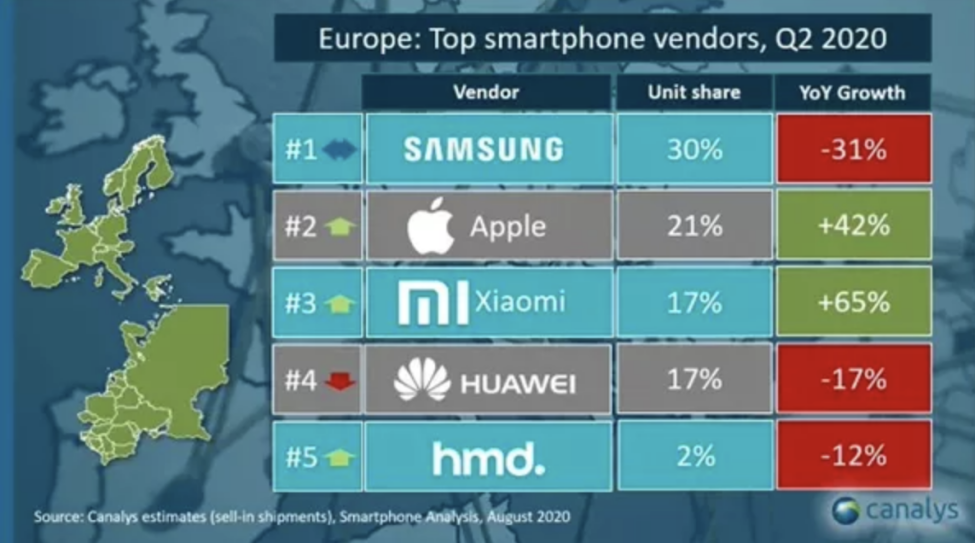 In terms of data, Xiaomi ranked third with 17% market share, with Samsung and apple as the top two. In addition to apple, only Xiaomi, the top five mobile phone brands, grew 65% year on year, much higher than Apple's 42%.

Samsung is still the first mobile phone brand in the European market in the second quarter of 2020, with a market share of 30%, which is 9% higher than that of apple, which is the second place. However, it can be seen that it has decreased by 31% year-on-year, which is also the largest.