Residents in nearly 30 states of the United States have received a mysterious package from China: after being opened, it turned out to be plant seeds

According to US media reports, residents of nearly 30 states in the United States have received mysterious packages from China in recent years, which has made the government of the country very scared. What is the package?

The U.S. Department of Agriculture and the state's agricultural sector have issued a warning calling on residents who have received the seeds to hand them over to the government. If you receive the seeds from China, don't plant them, and do n' t abandon them at will, the Mississippi Agriculture Department warned. Montana's agricultural sector has warned that untested seeds may carry pests that could harm local ecology. 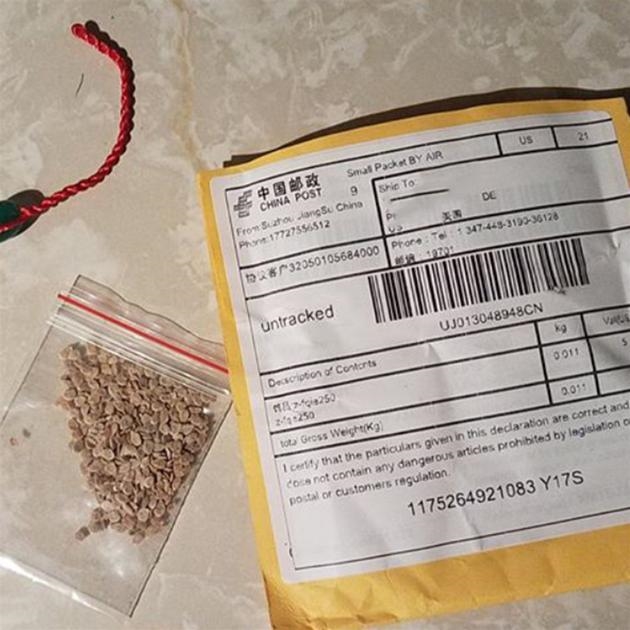 However, some local residents still secretly planted, the results are not so serious.

Subsequently, the U.S. Department of agriculture's animal and plant health inspection service inspected the seeds collected from all over the country, and identified at least 14 common plant species, including mint, sunflower, lavender, rosemary, hibiscus flower, as well as cabbage, mustard, morning glory, etc. Moreover, the United States Department of agriculture after careful inspection, did not find any problems with these seeds, ruled out the possibility of alien species invasion, there is no sign of virus invasion.

How the hell is this, according to reports, these seed packages are likely to be Brushing scam. by e-commerce sellers Because other residents received mysterious parcels, but they were stuffed with table tennis and other worthless items.

Of course, the above behavior is through the illegal purchase of user information, get the user name and address. 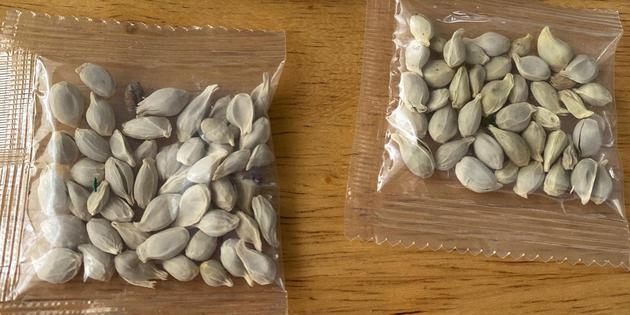 Related news
Semicon China: Huawei and Exxon bring semiconductor intelligent quality inspection and measurement solutions
I NEED A SPELL CASTER TO HELP ME GET MY WIFE BACK.
No ps5, Sony announced the launch of "state of play" on August 7
Residents in nearly 30 states of the United States have received a mysterious package from China: after being opened, it turned out to be plant seeds
Amazon banned the sale of foreign plants to the United States after the cross-border mysterious seed parcel incident
Hot news this week
Huawei Chinese Academy of Sciences key EUV lithography machine? ASML Chinese Engineer: Arabian Nights
China Semiconductor new era: world's largest Gan plant built in Suzhou
Microsoft's surface Pro 8 first exposure: ticket skipping will not be released until next year
Baidu curiosity night ignites 10.8 billion people to participate in interaction and redefine science and technology evening party
Huawei CEO Ren Zhengfei leads a team to visit CAS: Discussion on basic research and key technology development
Has soared to 54,000 Wechat and downloads surged in the U.S. over the weekend
The AirPods Studio is said to be equipped with a U1 chip, ultra-broadband, which is said to be critical to future apple ecology
Baidu curiosity night show AI black technology every one is worth your curiosity
"Earn 100 yuan a day on wechat" unfair competition was sued by Tencent and the court awarded 20 million yuan
Tencent: existing wechat users in the U.S. may continue to use but cannot obtain new users, and will continue to negotiate
The most popular news this week
Leading R & D effectiveness Innovation Tencent through the National DevOps Standards Excellence Evaluation
Cool and sassy! "Freedom and color" color determination anti drop mobile phone case release conference is also too good to play!
Rapid implementation of Baidu health e-commerce service strategy on HPV vaccine appointment day
Play games faster and better! Huawei enjoy 20 Plus hand in hand "werewolf kill" surprise attack
Windows XP, Server 2003 source code leaks: Microsoft finally responds
Industrial and Commercial Bank of China's important business system for the first time on Alibaba self research database: supporting trillions of assets
Lenovo big data platform, home-made operating system Kirin pairing success
Apple's open source swift system increases support for Linux
Korean massage chair into the Chinese market, serious can lead to fracture
Microsoft said it would investigate the source code leak of Windows XP and Server 2003