For Yu Chengdong, I have had face-to-face communication with him many times, in the industry nickname 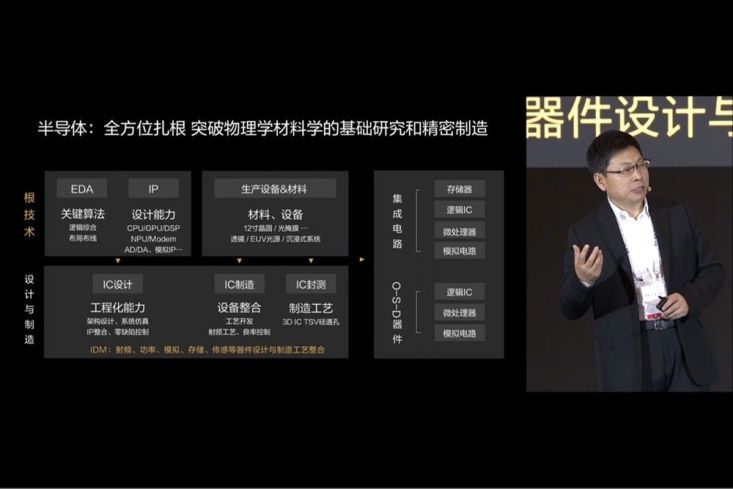 Will the US government's crackdown on Huawei stop and when? We don't know. However, from scratch, from serious backwardness to catching up, and then to leading, Kirin chip has gone through a difficult process and huge investment in the road of self-development of mobile phone chips. It has been hard for Kirin chip to keep up with itself in the past 11 years.

Small trial ox knife, from scratch to have

As a matter of fact, Huawei has embarked on the road of self-developed chips as early as the early 1990s, but it did not start with mobile phone chips. In 1991, Huawei, which had just started in the telecom equipment market, established an ASIC design center. In the same year, Huawei successfully developed its first self-developed ASIC chip and applied it to its own switch products. Since then, it has completed the chip development of Huawei's major telecom equipment, Since then, it has opened the road of self-developed chip.

Based on the ASIC design center, Hisilicon Semiconductor Co., Ltd. was established in 2004. At first, Hisilicon began to explore the field of mobile phone SIM card chips without technical content, and then honed in the chip market of surveillance cameras and TV set-top boxes. Only in 2006 did Hisilicon officially start the development of smart phone chips.

Qilin is not Huawei's earliest self-developed terminal chip. Before Kirin, there was Balong, the big brother of baseband chip. It is said that Balong is the name of a snow mountain. Beside Mount Everest, with an altitude of 7013 meters, it means to conquer the world's most difficult problems and climb the peak of Science and technology. It must have been with this implication that Huawei began to produce self-developed chip products.

Huawei released the first mobile phone chip k3v1 in 2009. It is said that the name of K3 comes from bulaote peak, the third mountain in the Karakorum Mountains (K3), with an altitude of 8051 meters, which symbolizes Hisilicon's determination to overcome difficulties on the way of self-developed mobile phone chip. However, it is said that at that time, k3v1 was only used on some Shanzhai machines, which can be regarded as starting from a low level.

But we have accumulated experience from scratch. In 2012, Hisilicon launched k3v2, the smallest four core processor, and achieved tens of millions of commercial applications. Huawei P6 mobile phones equipped with k3v2 chips were sold to the world and won a good reputation. In early 2014, the SOC architecture was defined, and Kirin 910 four core processor supporting LTE Cat4 was launched, and it has been widely used in a number of flagship smart phones.

In June 2014, Qilin 920, the first chip to support LTE CAT6 standard, was launched in the world. Huawei glory 6 with Kirin 920 was sold well. In the same year, Qilin 925 launched by Q3 helped Huawei mate7 gain a great reputation in the industry, making Chinese people feel that domestic mobile phones are also good for the first time.

After the Kirin 920 series, the performance of hisilic Kirin series chips has become more and more stable. In terms of upgrading, it is basically consistent with other chip giants, and has gradually become a major player in the field of mobile phone chips. 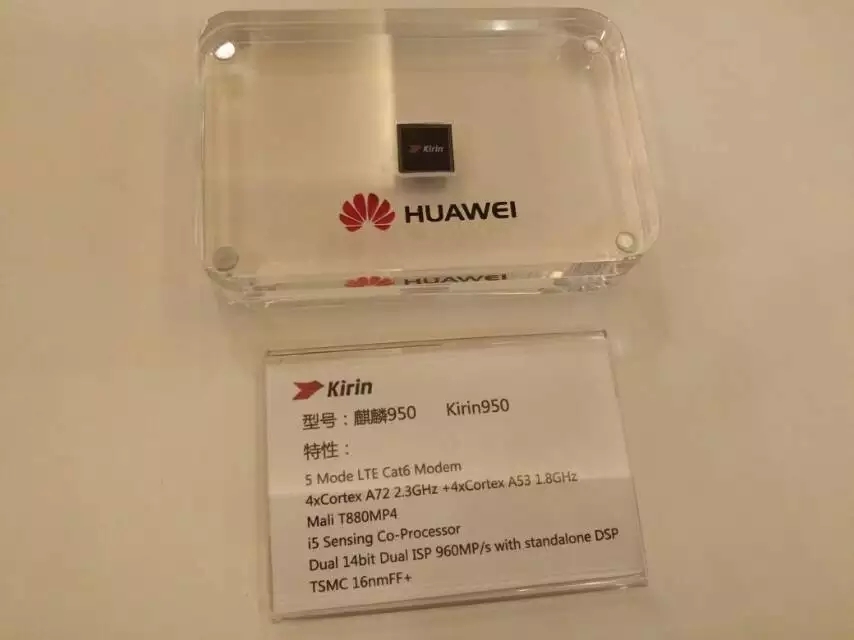 In 2015, Kirin 930 / 935 chip was launched and successfully applied in flagship models. At the end of 2015, Qilin 950, the industry's first SOC chip with TSMC 16nm FinFET plus technology, was released. In 2016, Kirin 960, a mobile phone SOC chip with built-in security engine inse and financial security, was launched in 2016 with the goal of creating a faster, smoother and safer Android experience.

Since then, AI has been popular in the industry. In 2017, Huawei's first AI mobile computing platform Qilin 970 was released, and Huawei mate 10 carrying Kirin 970 became a hit again.

So far, Huawei's self-developed Kirin chip has gone from being seriously backward in the past to catching up with, or even leading, and has become the biggest differentiation advantage of Huawei's mobile phones from its friends. Although in terms of general CPU core, mobile phone chips all adopt arm infrastructure as the core, Kirin SOC contains ISP independently designed by Hisilicon, which has built-in noise reduction algorithm and supports its unique ryyb sensor technology, which will directly affect the image ability of mobile phone; at the same time, the addition of Da Vinci architecture is also an important difference of Kirin SOC, which makes it have unique AI capability In addition, the baseband chip developed by Hisilicon is integrated into the SOC, which also enables it to obtain more powerful communication capability.

The differentiation advantage of self-developed chips has also helped Huawei to hold the second place in the global smartphone market after Samsung in the past two years and continue to dominate the Chinese market.

Is the peak a masterpiece?

In September 2019, Huawei released two mobile phone chips, Kirin 990 and Kirin 990 5g. Among them, Qilin 9905g SOC is equipped with such popular 5g products as mate 30, glory V30, glory 30 series, P40 series, etc., which is expected to become a sharp weapon for Huawei to conquer the global market in the 5g era. 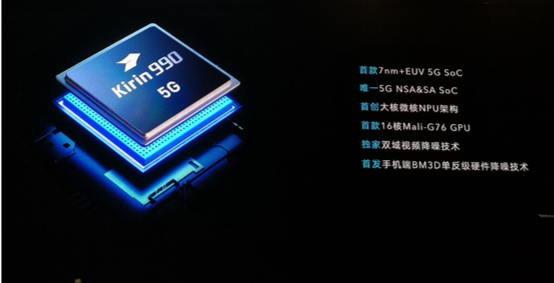 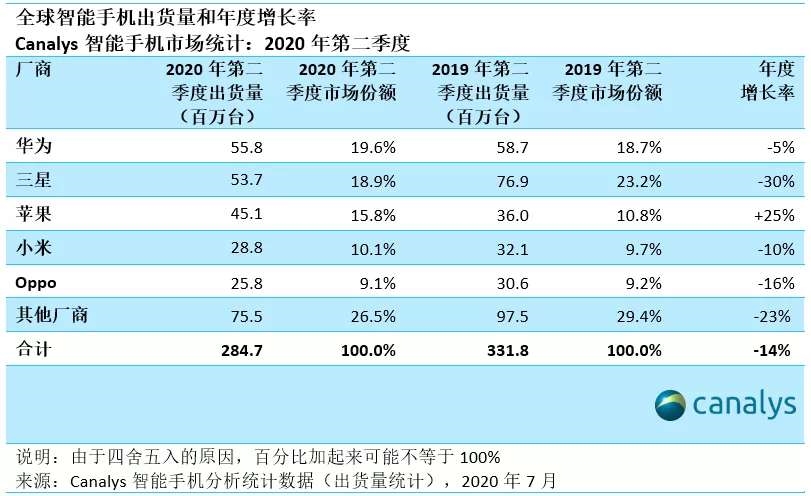 According to the Research Report on Q2 in 2020 released by market research organization canalys, Huawei's global smartphone shipment volume reached 55.8 million in the second quarter of 2020, ranking first in the market share of 19.6%. This is also the first time that Huawei surpasses Samsung in the global smartphone market to win the championship. It's no exaggeration to say that Huawei's mobile phone has ushered in the peak of its life, and its own research on Kirin chips has contributed a lot.

Since the introduction of the first self-developed mobile phone chip in 2009, Kirin chip has gradually moved from green to mature through 11 years of persistence, realizing many innovations and breakthroughs, and realizing it in the mobile phone chip market

However, according to Yu Chengdong's latest statement, the Kirin 9000 chip, which will be released this year, is likely to become a farewell work or even a masterpiece of Kirin chip. Of course, things may turn around.

No matter what the final result, Kirin on the road to self-developed chips 11 years are worth recording! And from the perspective of building a global benign supply chain ecology, we look forward to the return of Kirin, or continue to stick to, do not leave! I believe that there must be auspicious unicorns