This year's game book market is quite the scene when the game book just rose two or three years ago. On the one hand, the rise of AMD in the mobile terminal has brought a series of "new faces". On the other hand, emerging PC brands such as Hongmi and glory, which have been fighting for a round in the flimsy market, also aim at the vast world of game books. 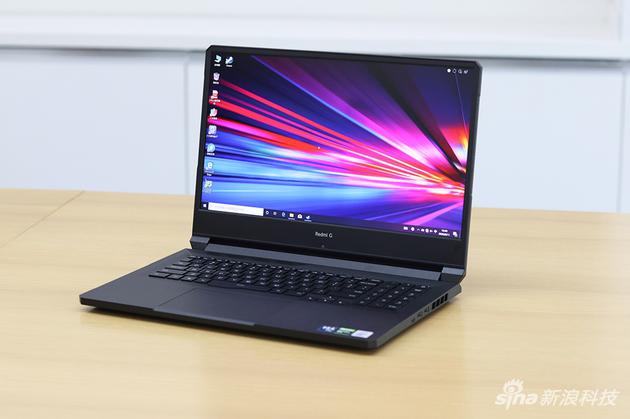 On August 14, Hongmi officially released its first game book, redmi g. This is an entry-level high performance price product. Its initial price is only 4999 yuan. It can be said that it is a rare stubble in the game book market recently. What is its specific performance? Is the price from 4999 yuan worth it?

Hongmi, or laptops including Xiaomi brand, have been practicing the concept of "no design is the best design". In this redmi g, Hongmi has made some changes. 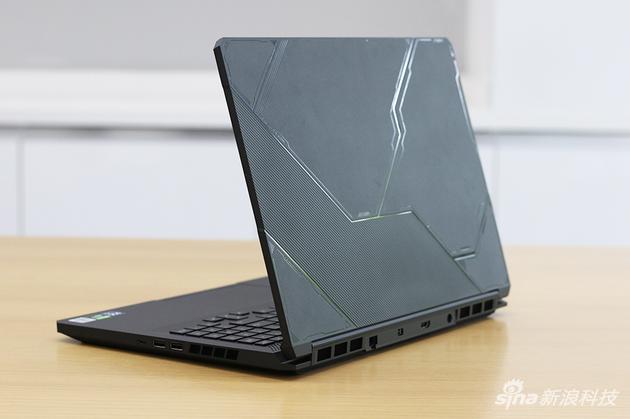 Hongmi's change is the A-side of the fuselage, which does not continue the simple design of the previous lightweight books. Through a series of lines and highlights, Hongmi makes the A-side of redmi g look less monotonous. However, because Hongmi does not adopt the classic red and black, blue and black color contrast design in the game book, the overall video game atmosphere is not strong. 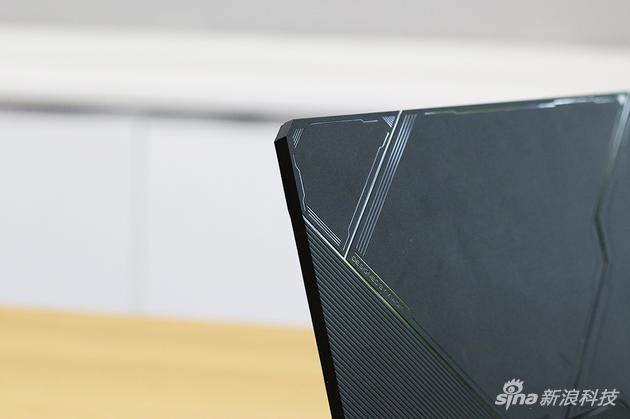 The unique cyberpunk and all black hard core machine a wind design make the whole machine have a strong industrial wind. The three-dimensional segmentation lines around the fuselage give the game this visual sense of three defense. 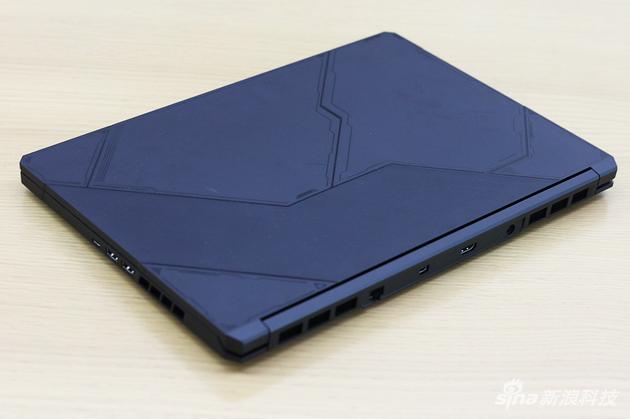 The whole machine is almost made of plastic, and the cheap feeling is quite obvious.

However, due to the plastic material used in the redmi g fuselage, Hongmi didn't design to make the plastic look less "plastic". The cheap feeling of holding it on the hand is really obvious. 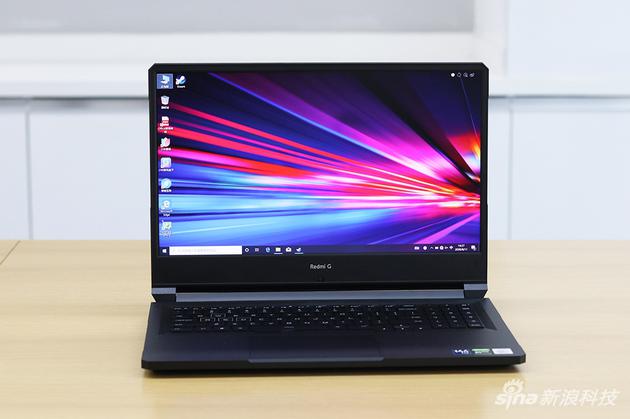 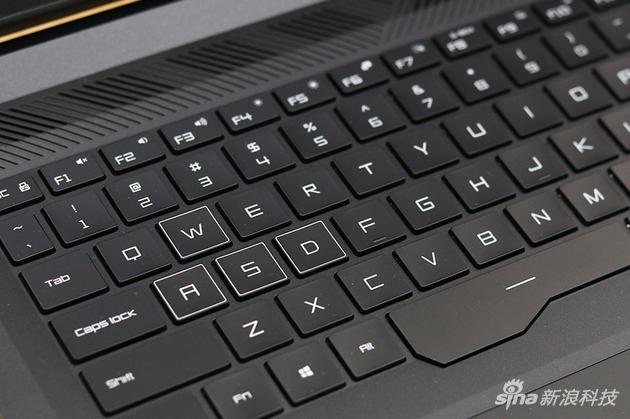 Compared with its predecessor Xiaomi game book, redmi g deleted the previously criticized left most macro setting area keys and improved the design of four direction keys. These two changes greatly reduce the probability of misoperation in daily use, which can be praised.

The rear side of redmi G is equipped with DC power supply, hdmi2.0, mini DP 1.4 and RJ45 interfaces. The spacing of the four interfaces is quite exaggerated, so there is no need to worry about wire fight. 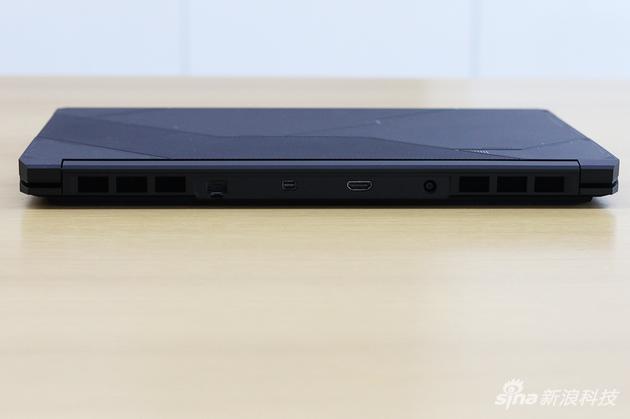 The interface design is reasonable

Redmi G is equipped with a 180W power adapter as standard. The DC interface of the power line is designed with a ring white light. It is easy to find the power supply in the dark environment.

There are two USB 3.0 interfaces and one USB type-C interface on the right side of the fuselage. There is a USB 2.0 and a 3.5mm headphone / microphone 2-in-1 connector on the right.

The interface design of redmi G is not good. Firstly, it takes a lot of courage to retain USB2.0 interface in 2020. Secondly, the speed of USB interface is not clearly marked in the design. When these two problems appear together, it is easy to cause trouble to users. Redmi g carries the i7-10750h processor which is common in game books. It adopts 14nm manufacturing process, comet Lake architecture design, 6 cores and 12 threads, basic frequency of 2.6GHz, and maximum frequency of 5.0ghz. It is the most common processor in game books. According to the test results of cinebench R15 and cinebench R20, the CPU performance release of redmi G is quite sufficient, which meets the expected level of this processor. Using 3dmark's fire strike and fire strike extreme, its graphic scores are 9926 and 4466, respectively, which is normal. It can be used to deal with most mainstream games. Redmi G is equipped with a solid-state hard disk from group connection, which supports the nvme protocol. Currently, the three configurations disclosed are 512gb capacity, which should have no problem in daily use. Through the test of crystal diskmark, its reading speed is 2266.18mb/s, and the writing speed is 1843.7mb/s. The performance is not top-notch and belongs to the mainstream level.

In order to better understand the performance of redmi g, we introduced benchmark tests of Assassin's Creed: Odyssey and war machine 5. In war machine 5, the average frame number of redmi g reaches 67.5 FPS under high image quality. Through the monitoring curve, it can be seen that the picture fluctuation of redmi G is smooth all the time, and the frame number of the picture does not fluctuate greatly suddenly. The stability performance in the game is very outstanding. Under the high image quality of Assassin's Creed: Odyssey, which is called "equality of all beings", the final average frame number of redmi g reaches 54 FPS, and the picture fluctuation is obvious, with the highest up to 83 FPS and the lowest reaching 30 FPS. However, on the whole, there is not much pressure to run this game with redmi G.

Judging from the performance of the two games, due to the performance bottleneck of GTX 1650ti, redmi g needs to reduce the image effect properly when running 3A games with high hardware requirements to meet the running frame number of 60fps. However, if you only play online games like League of heroes and CS: go, then redmi G can run for 60 FPS Refresh rate is also able to play full advantage of 144hz. 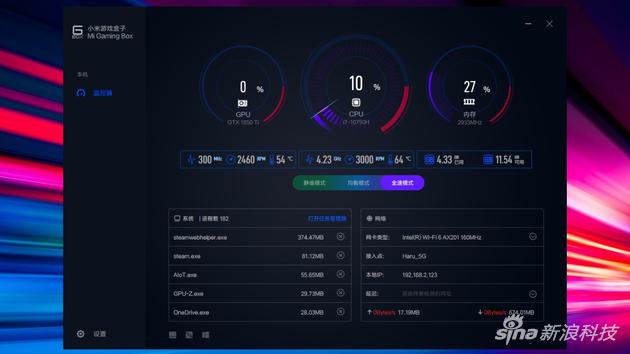 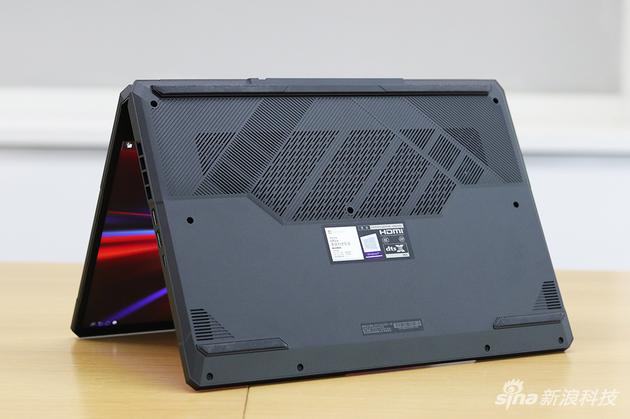 We must note that this is the performance of extreme cases, it is difficult to achieve such a full load state in daily use. Overall, the performance release of redmi G under full load is still very good. The heat dissipation is also good.

At the conference of Xiaomi's 10th anniversary, Xiaomi brought Xiaomi miaoheng cross screen cooperation, which can scan QR code to realize the interconnection between notebook and mobile phone. Support in the game book double open mobile phone screen, two windows to view different content, such as: one to see photos, one to see messages. And support two-way mutual transmission, space editing, in the game on the screen as if using a mobile phone.

Xiaomi call enables redmi G game book to realize voice and video calls with mobile phones, Xiaoai touch screen speakers and other devices. Xiaomi's move is a late set, but it's not too late. After all, apart from Huawei, there is no one in the windows camp who can win the interconnection. However, Xiaomi miaozhuan has not been experienced yet, so it needs to wait for a while.

As Hongmi's first game book, redmi G's design concept is very simple. It abandons all design that has nothing to do with performance and physical examination, and puts the limited budget on the screen, hardware, keyboard, which directly affect the feeling of the game. 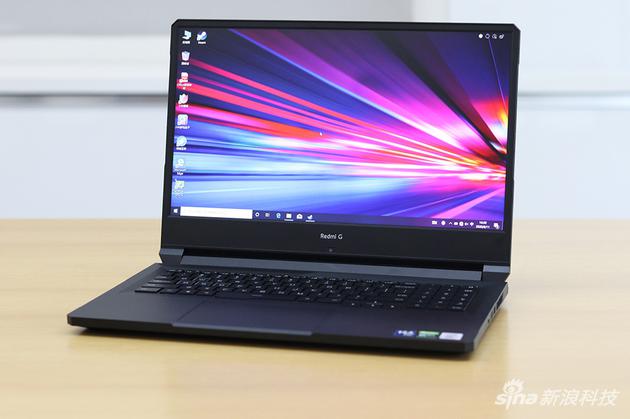 Of course, we can not ignore the rough plastic body of redmi g, the sloppy design of the screen surface, and the unclear mark on the interface. These small problems make it difficult for redmi g to bypass the higher-level product front PK, which has a certain impact on the appearance and practicability.