Diversified income for Baidu, or a difficult road.

In the second quarter, Baidu's average profit was 7.0% lower than that of the US stock market.

After the first quarter of revenue, profit trough, in the second quarter, Baidu financial data began to bottom rebound. 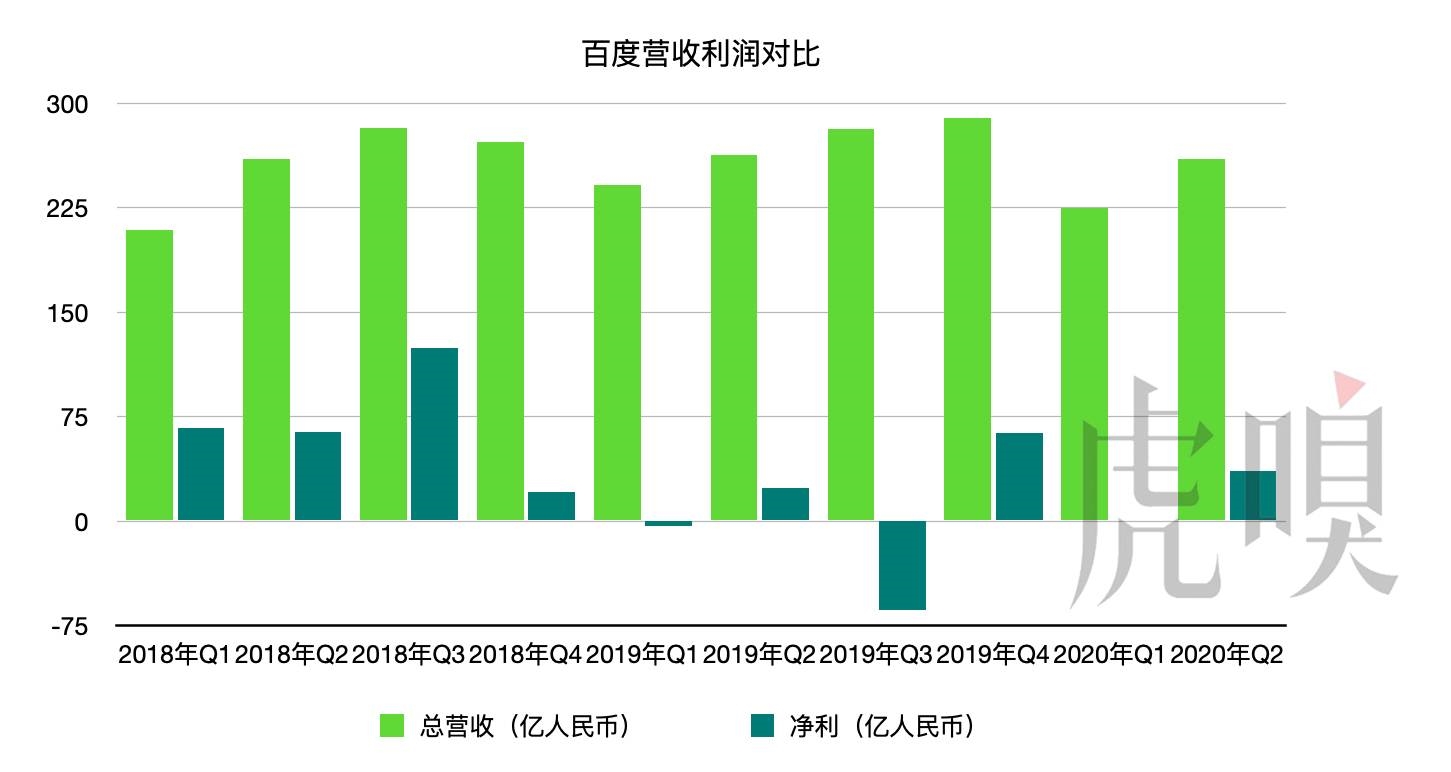 Baidu's second-quarter profit reached nearly two years (2019), according to the image above

In addition to revenue and profit growth, you can also see Baidu's second quarter cost decline.

According to the financial report, the revenue cost was RMB 13.1 billion, down 19% year-on-year, mainly due to the reduction of transportation purchase cost, business tax and surcharges and the cost of goods sold. In addition, sales, general and administrative expenses were 4.4 billion yuan, down 16% year-on-year, mainly due to the decrease in marketing and personnel related expenses.

It is worth noting that other total income for the quarter was 366 million yuan, a sharp drop of 70% year-on-year. In this regard, Baidu said that this is mainly due to the equity method investment loss, which is recorded quarterly, reflecting the impact of covid-19 on the investee.

Back to warm ads, in place

As the most important part of Baidu's revenue, online marketing revenue is still the focus of people's attention.

It is reported that the growth of online marketing is mainly due to the rapid progress of the three pillars of mobile ecology and the marketing cloud service platform, which makes Baidu app's internal revenue grow against the trend for two consecutive quarters.

On the other hand, from the change of the proportion of online marketing revenue in the total revenue, it can be seen that after 2020, this proportion has been reduced to less than 70% in the case of continuous decrease. However, the data rose again in the second quarter compared with the first quarter, breaking the six consecutive quarterly downward trend.

At the same time, other businesses (including new AI business, iqiyi member income and cloud computing business) that Baidu placed high hopes on brought in revenue of RMB 8.3 billion in this quarter. Coincidentally, this is completely consistent with the revenue of last quarter. Obviously, the total revenue of these businesses is still in place. Baidu's revenue growth in this quarter is brought by online marketing business.

No doubt, this is not a good signal for Baidu.

Tiger sniff noted that in the last quarter, the results stated,

Although iqiyi's member revenue remained strong in the second quarter, up 19% year-on-year, the downward trend of online advertising revenue continued, at 28%. In contrast, iqiyi's performance can only be regarded as stable, not brilliant.

This quarter, Baidu CEO Robin Li mainly emphasized the two digit growth of Baidu's new AI business, including cloud, smart devices and intelligent transportation, and is expected to become an important driving force for revenue growth in the next few years. However, it is a pity that Baidu did not disclose the revenue brought about by AI's new business in this financial report.

In fact, as a search giant, Google is also facing the same problems. What's different is that by the second quarter of this year, the proportion of its advertising business in total revenue has decreased for five consecutive quarters. At the same time, the revenue of its cloud computing business has also increased significantly, up 43% year-on-year to US $3.007 billion.

It's not hard to find out, In the short term, Baidu has benefited from recovery, the second quarter bottomed out, revenue, profits over expectations also brought Baidu some confidence, compared with Google handed ove

However, in the long run, this growth mainly comes from the contribution of online marketing revenue, while the growth of other businesses disclosed by Google is obvious, especially the growth rate of Google cloud computing has surpassed that of Amazon and Microsoft in the second quarter. In this way, the effect of Baidu to B transformation seems to have not yet appeared, it is not difficult to speculate that this will be Baidu's hidden worry for some time in the future.

On the next quarter, baidu believes that affected by the new crown epidemic, business visibility is very limited, there is a lot of uncertainty. As a result, baidu expects revenue in the third quarter to be between 26.3 billion yuan (US $3.7 billion) and 28.7 billion yuan (US $4.1 billion), representing a year-on-year increase of - 6% to 2% (assuming Baidu's core revenue will grow by - 7% to 3% year-on-year). 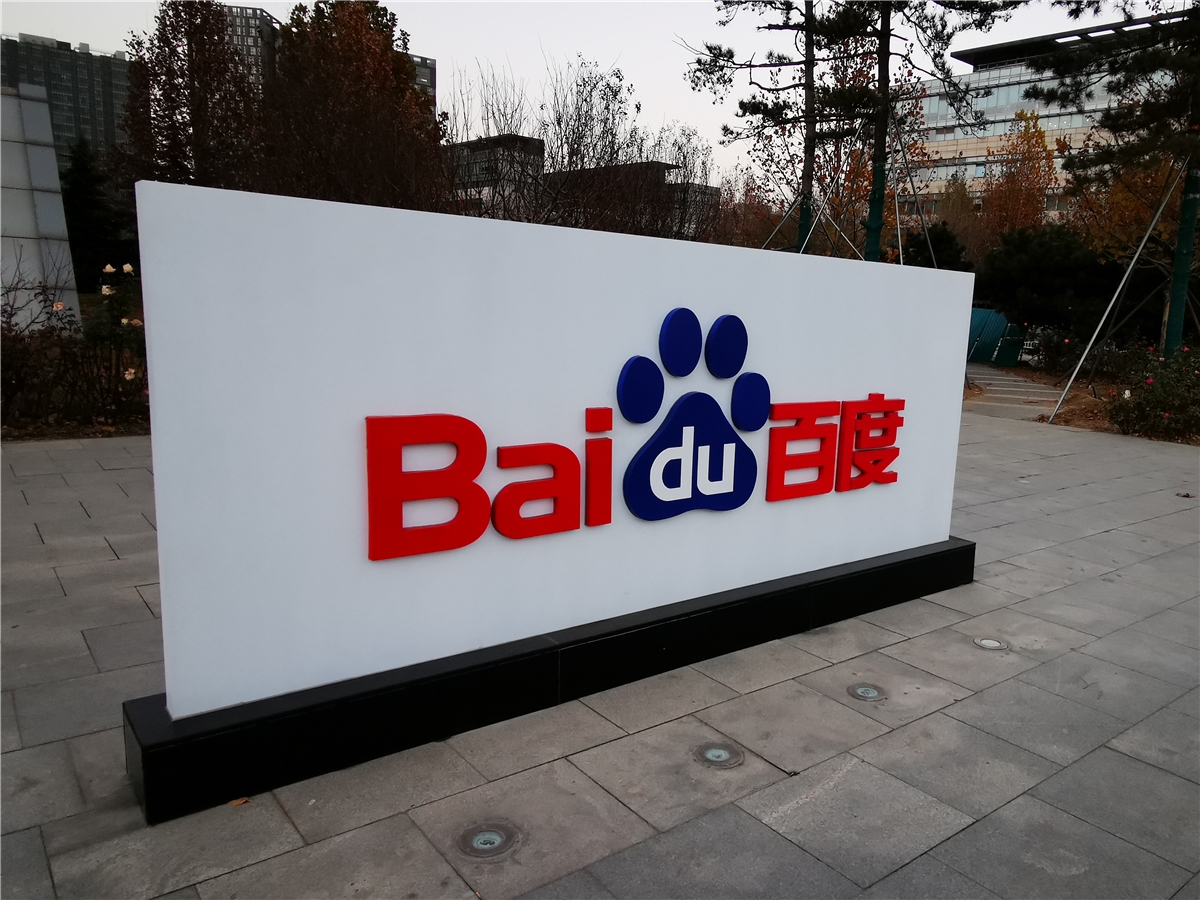