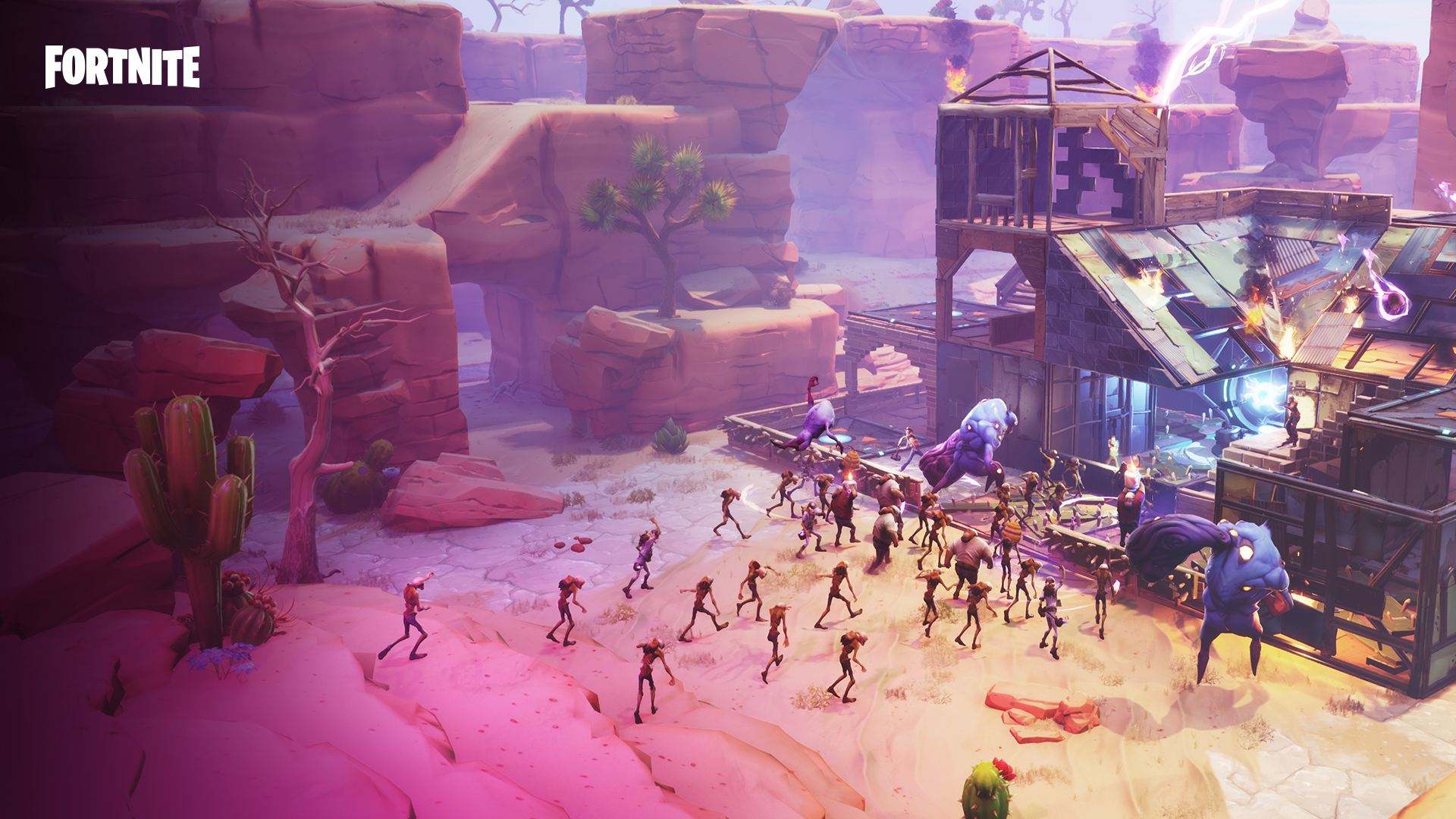 Another manufacturer has come out to fight apple.

This blatant and provocative behavior naturally received a fierce response from apple. Just a few hours after the launch of the new iPhone, apple made a statement and took it off the shelves.

Google later removed the game from its Play store. But as early as April this year Epic a spokesman said Google's

Sensor tower estimates that in the past 30 days, Fort nite has received 2.4 million downloads and $43.4 million in revenue from Apple's App Store worldwide. So far, the total download volume of the game in the global app store has reached 133 million, and the cumulative revenue is $1.2 billion.

From the content and length of the lawsuit, Epic Games is obviously well prepared. According to competitive analysis, excluding Apple's internal purchase mechanism is Epic Games final test of Apple's bottom line and a formal test

In particular, given the recent congressional hearing that has brought anti-monopoly pressure to apple, the implication of Epic Games' move is obvious. Compared with the off shelf risk, it is obviously more attractive to open the internal purchase gap of Apple store.

On the other hand, we can see that Apple's compulsive behavior has caused more and more dissatisfaction from manufacturers.

Before the Epic Games game was taken off the shelves, Facebook's game applications were also repeatedly boycotted and forced by apple.

On June 20 this year, apple again rejected the Facebook gaming app on the IOS app store, which is at least the fifth time that the app has been rejected by apple, according to information obtained from the competition. 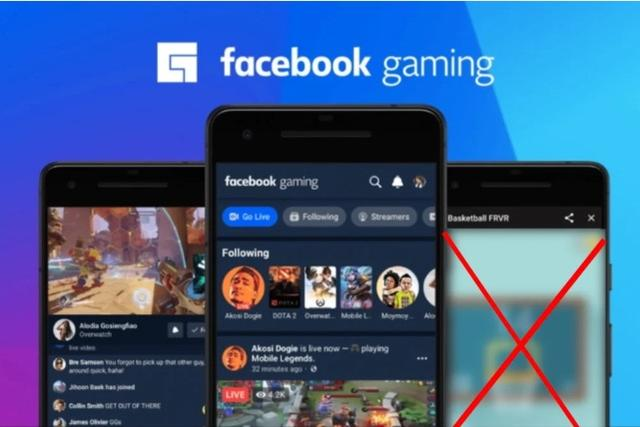 But what really annoys Apple may be that Facebook Gaming offers its own games.

From Apple's point of view, if the software is adopted, it means tacitly allowing other game distribution platforms to compete for business in their own territory, and the app store and apple arcade business will certainly suffer a lot.

Eventually, in early August, Facebook Gaming took off with pain

According to relevant data, Apple's app store, the only official platform for iPhone and iPad users to get new games and other apps, generated about $15 billion in revenue in 2019.

In the eyes of most game makers, Apple's revenue security is coming from the full

Apple users, for example, have to subscribe to the application through the App Store

On many domestic live broadcast platforms, if users choose wechat payment and reward with apple mobile phones, manufacturers also need to pay 30% of the profits to apple, so that many platforms have no choice but to appeal to users to use Android for consumption.

At the end of July this year, apple, Google, Amazon and Facebook attended the hearing organized by the anti trust Committee of the US Congress and answered members' questions.

During the hearing, Apple's president denied discriminating against developers, but was slapped on the spot by evidence from Congress. The evidence suggests.

In 16 years, Apple said in an email to Amazon

So visible, what apple calls

This time, the company decided that the Tencent shareholding of Epic Games might be one of the reasons.

He said Epic Games identity as a challenge is not just

The name Epic Games is no stranger to players or insiders.

The company's well-known game engine, in addition to its popular Fortnite》 Unreal Engine and its reliance on

Special attention should be paid to the epic game store. In order to break the deadlock of steam's dominant industry, epic constantly attracts users through exclusive games and free gifts.

From the valuation point of view, epic is slightly inflated. According to relevant data, Epic Games raised $1.25 billion in the last round, with a valuation of $15 billion. Fort nite was the most active player before financing.

After the next round of financing, epic's valuation rose to $17.3 billion, with the most active replacement being the epic game store with a monthly life of 60 million.

Epic latest valuation is $25 billion in options, according to a report in the Deconstructoroffun.

The value of the option comes from, for example, the social app houseparty, a new game release plan, or the use of some existing fortress night technologies to create a new game experience or metaverse.

Although houseparty's revenue has been declining, with only $170000 in revenue in 2019, according to sensor tower, the app still has the potential to become a multi billion dollar business like zoom or slack. 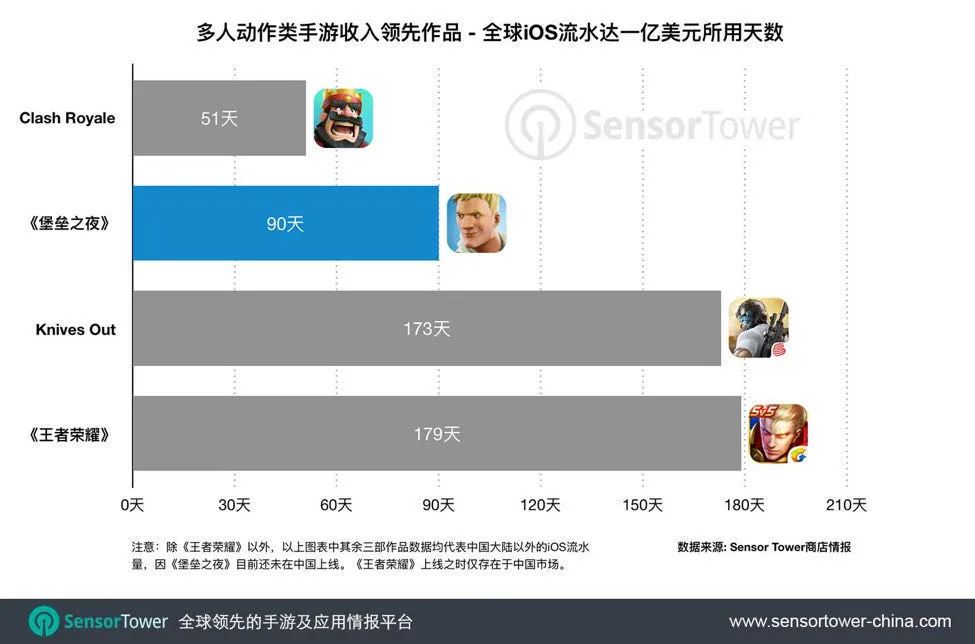 The virtual engine business line is valued at $6 billion due to the financing of US $150 million in May 2019. The highly anticipated epic game store is valued at $2.5 billion.

In general, epic game's frequent challenge to giants is not only commendable in courage, but also of far-reaching practical significance.

Take this "Fortnite》 on the shelves of new internal purchase mechanism as an example, Epic is through

But there are also risks to epic.

In the previous stage, apple issued a statement that explicitly prohibited any cloud game app with streaming live technology from landing on IOS system, and Microsoft xcloud project, as one of the cloud game leaders, was the first to bear the brunt. 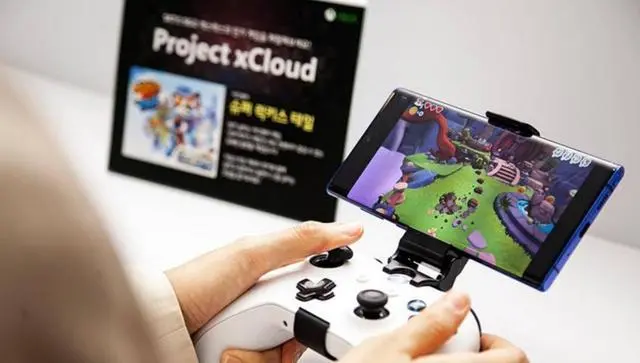 Microsoft has publicly accused apple of being the only common platform that denies consumers access to cloud games and game subscription services such as Xbox game pass.

Apple also responded to Microsoft's statement that it was secretive. They pointed out that the reason why these services (Microsoft xcloud and Google stadia) could not be put on the app store was that Apple could not review all the games on the platform one by one.

At first glance, the reason given by apple is very reasonable. After all, for the app store, it is its inherent right to audit the app that wants to be put on the shelf and make it comply with the relevant rules and regulations, which is also the basis for ensuring that the app in the app store complies with the laws and regulations of various countries.

What needs to be pointed out is that Apple has not refused to launch apps with platform nature, such as Netflix and spotify, without auditing the content in the platform.

Apple's reason for this is that games are interactive and therefore different from music or movies. Obviously, that doesn't seem to hold true.

In the final analysis, it is still in the control of payment and distribution channels. After all, 30% of the system is unshakable for the distribution platform.

As a matter of fact, apple can become a big game factory with almost no games. It depends on 30% of the third-party developers' percentage in the app store.

Once xcloud or stadia is allowed to be put on the app store, it may face a dilemma, that is, it can charge for the value-added services provided by xcloud or stadia, but it is impossible to make a profit for the games on the xcloud platform.

On the other hand, Apple's own Apple arcade also adopts the subscription service mode, forming a competitive relationship with the cloud game platform. In this link, Microsoft, Google and other cloud game platforms mainly promote well-known 3A masterpieces, while Apple mainly focuses on hand game quality games, which can not be compared with each other.

From the perspective of CP manufacturers, distribution channels in the era of cloud games have been weakened, and high-quality CP has become a hot topic for cloud game platforms to compete for good. Game developers may have the opportunity to overtake on a curve, which will change the dilemma of limited distribution channels such as app store and Google play in mobile games era.

As Zheng jintiao said, the challenge and impact of Epic Games on steam, app store and Google play is definitely a good thing for developers and users to re game based on competition. In particular, it is a great feat for developers to divide into this part.

Will Apple, the public enemy of the industry, be soft? We will pay close attention to it.

Related news
30% of those who smoke too hard EPIC the founders shell out apple, google's monopoly app store
Epic declared war on the game industry public enemy Apple big brother, goodbye 1984
Game player Epic sued Apple monopoly first instance, the court ruled "50 dozen each "
Apple said it was hard to find former IOS director Scott foster to testify for epic
Epic Apple case in court! Epic CEO: impulse consumption is an important factor
The court ruled that apple did not illegally monopolize epic: an appeal has been filed
Analyst: Epic Games vs. Apple makes it harder for developers to win against Google
Apple asked the court to stay part of the injunction in the Epic Games lawsuit
Epic Games: Google set up fortnite task Force to collect protection money
Hot news this week
European Telecom I hope that the US science and technology giants bear the cost of network construction
5G Core Standard Essential Patent Competition: Huawei Wins again!
Sources say tesla's German plant will start production in December, while Volkswagen's Audi will start production of the Q4
WeChat "intercom" upgrade: point-to-point open external chain, group chat can access e-commerce class chain
Blue factory to create a new generation of mobile phone OS official announcement! Thoroughly remould oneself
It's not just Apple and Google! Samsung wants to reduce its dependence on Qualcomm by boosting its chips
The news said that Iqiyi lay off 20% -40%! The official responded: no deny
Australia pushes new libel laws to force Twitter and other platforms to reveal the identities of "keyboard warriors"
The latest variant of the new crown emerged in early November: new State of New York has entered a catastrophic state of emergency due to the outbreak
The first batch of invited to become Apple ecological developers, Bunkes launched a variety of Magsafe accessories
The most popular news this week
Never go back! Apple's generation of classic machines is closing
Kylin flagship Soc support! Huawei's new flagship Mate has been revealed to have a different look
120 seconds to see this year's only day full food: faint black picture spectacular!
The manufacturer of qualcomm U was questioned by big V! The executive wanted to laugh
China led: World's first international cyclotron standard released
Omicron from an AIDS patient? One expert came up with a new conclusion: Too surprising
The first AD for the Snapdragon 8 flagship phone is here! The pictures are the most beautiful
Wikipedia's first entry, "Hello,World! Will be auctioned as NFT digital art
Tesla's market value evaporates by $70 billion overnight Musk cashes out $10.9 billion a month
National Post Office: Anti-"Inside Volume"!