Apple or launch Apple One bundles to boost service income 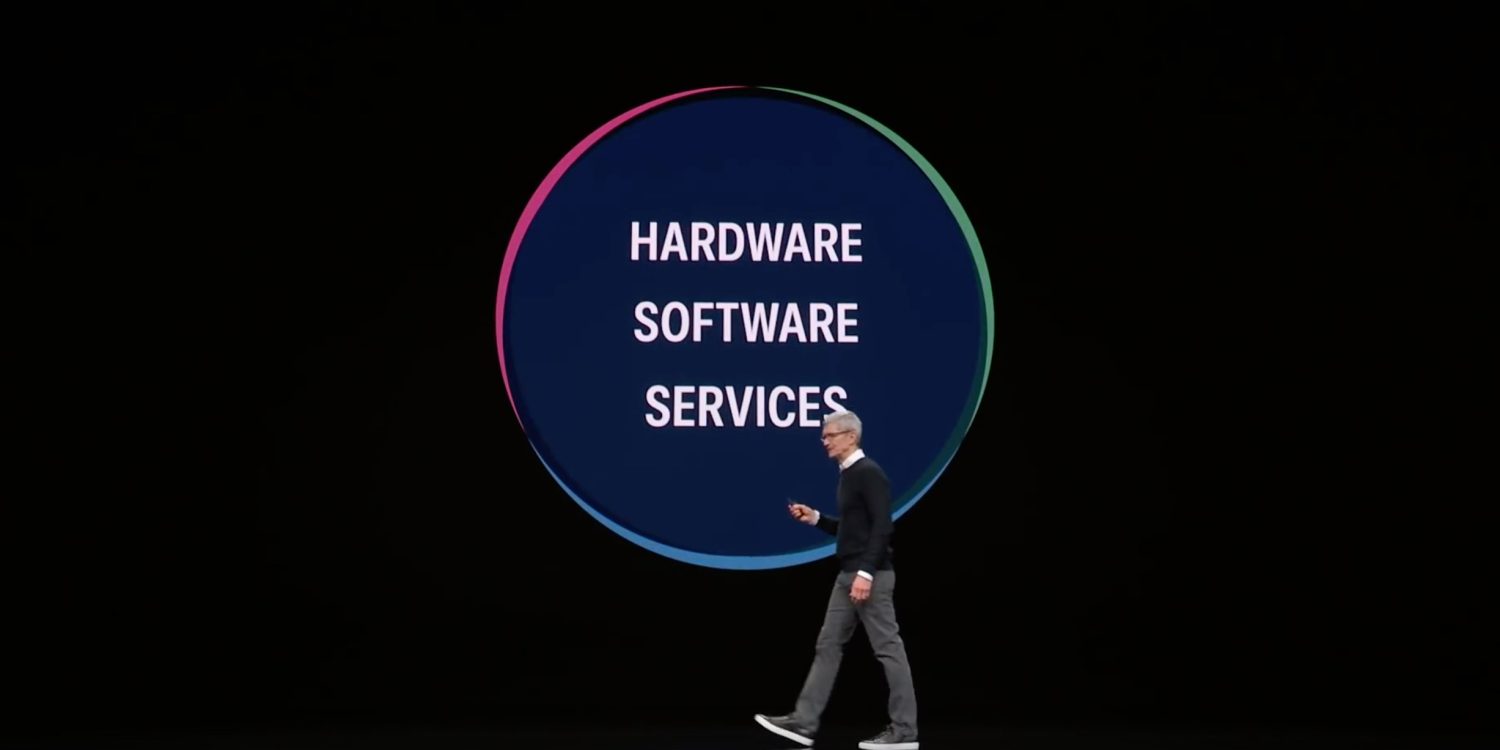 Apple plans to launch a series of bundles as early as October, according to Bloomberg

It is said that Apple will offer a variety of package options on apple one, which can save more than $2 to $5 a month.

The basic bundle includes Apple Music and Apple TV, most advanced bundles, in addition to the above two, including Apple Arcade、Apple News and iCloud cloud storage functions. Furthermore, the Apple One will be oriented

The report points out that the price of apple one bundled payment is lower than that of affordable subscription, which can allow users to use the complete Apple software service ecosystem at the same time.

Apple has been looking for new growth points.

Just in March 2019, Apple launched four new services: Apple TV ,Apple Arcade,Apple News and Apple Card. But the four subscriptions did not attract users and did not support service income

According to Q3 financial report in fiscal year 2020, Apple's service revenue reached US $13.156 billion, accounting for only 22% of the company's total revenue. Moreover, among the 22%, the four new services mentioned above did not contribute much.

Foreign media reported earlier that apple thought the four new software subscription services generated revenue is not ideal, or even lower than expected. Coupled with Apple News previous resignation of the head of the business, the New York Times announced its withdrawal from working with Apple, all suggesting the failure of Apple's four new services.

It is said that apple is conducting a strategic reassessment of its subscription service.

Apple One can bring subscription service

With apple facing antitrust scrutiny of App Store app stores in multiple markets, relying on App Store third-party apps to pay for subscriptions is clearly risky. A: Maybe it's Apple Apple One, hope it can be more

Some analysts point out that apple one is imitating Amazon's prime. Previously, Amazon's prime member upgrade program in the U.S. bundled free shipping with video streaming and many other software services, charging annual or monthly fees. The plan is the cornerstone of Amazon's success, according to the company.

In addition, in addition to increasing users and increasing revenue, it is more important for apple to enhance Apple's control over the content ecology through apple one.

The Verge report that apple has recently added jump Apple News to macOS beta to force users to use subscription services. Viewing the wall street journal's website, for example, clicking on an article link automatically jumps to the Apple News application interface, forcing users to buy Apple News subscriptions at $9.99 a month, lower than the digital pay package offered on the wall street journal's website, which pays $30 a month.

In the long run, users of iPhones, iPads and Macs will have to subscribe to Apple's own content products to increase the opening rate of system software. By running its own content, Apple may be able to reduce users' use of third-party applications, and its service revenue structure will be healthier.

(this article is the first ti media app, written by Lin Zhijia, part of which is compiled from the public report)

Related news
Apple will launch a bundled subscription service called Apple One"
Apple or launch Apple One bundles to boost service income
Apple One？ Is it Apple's own 88 members
Apple Music App for Android confirms the existence of apple one
Apple registered multiple Apple One" domain names before Tuesday's launch
Apple Online Apple One" subscription $14.95 per family barrel
Apple launched a family barrel Apple One service: iPhone、iPad users must!
Apple one premier tier is available only in the U.S., UK, Canada and Australia
Apple one does not solve the problem of multiple Apple ID accounts (Figure)
Some apple one early subscribers have problems with their orders and services being renewed
Hot news this week
Announced real-fired people to change the news for four days, the chairman of Tianzhong semen was resigned for personal reasons.
Bank of East Asia (BEA) was fined 16.74 million yuan ($16.74 million) by the Shanghai branch of the People's Bank of China for illegal information collection
After the comprehensive suspension of "nurturance class" network comprehensive and indulgent drama, the audience deserves better
The drill bit of nasa's Perseverance rover was stuck with rubble and could not take samples for the time being
Chinese scientists have discovered a strategy for treating COVID-19: using particles to bind to the virus
Why do you want to take a red wine before going to! Shake a shake & quot; wine glass? After reading the line
Former search president of Baidu xiang Hailong joins Transsion The company that sells mobile phones wants to do more Internet
ByteDance invested in Sequencing Technology, which is an AI industrial SaaS software service provider
2021 Global Patent List Released: Huawei ranked fourth in the top five in the world in the United States
It's hard to escape the monopoly sanctions American court dismissed Facebook against FTC counterattack
The most popular news this week
In 2021, public security organs cracked down on more than 6,000 illegal payment and settlement gangs in 134 problematic games
People's Daily: Promoting Express Packaging "Green Revolution"
Ali health online the first domestic helicobacter pylori self-testing product "you tube", 10 minutes out of the results
Xiaomi Youpin Youyu announced the termination of operations
JP GAMES and Alibaba Cloud reached a cooperation to develop a metaversic solution based on the cloud
The camera is lost to the mobile phone Japan Canon close Zhuhai factory: small part parts are still working
Baidu announced connectivity with more than a dozen companies, including Meituan and Xiaohongshu
Xiaomi's mobile communication brand upgrade to achieve online self-service business
Jing Jia micro: JM5400, JM7200, JM9 series graphic processing chip successfully achieved industrialization
People's Daily: Let online literature better express contemporary China