Apple One？ Is it Apple's own 88 members

According to Bloomberg, Apple is ready to launch a bundled service that allows users to use multiple Apple digital services at lower prices. Apple Music、Apple New 、Apple TV and iCloud services will be included and divided into different packages.

Apple Music add iCloud basic version, for example, originally 10 yuan / month 6 yuan / month, then after packaging, the price of the two services will be less than 16 yuan / month. 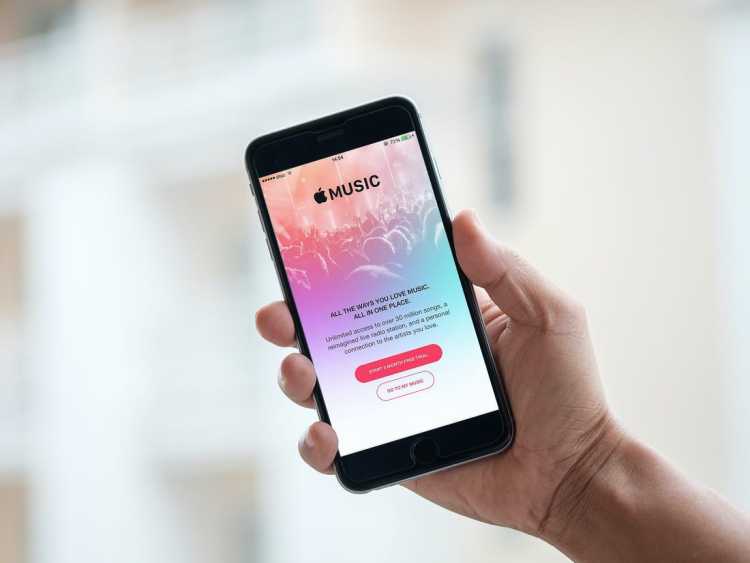 For domestic users, perhaps the most familiar is the 88 members of Alibaba. However, Apple's digital services are deeply bound with hardware products, and the horizontal comparison is more like the account subscription service of domestic mobile phone manufacturers.

In the form of account subscription service, domestic manufacturers are in the front.

Due to the unique smart phone market environment in China, Android system has been deeply customized into each company's own Rom. therefore, each manufacturer has its own independent account system, and has launched corresponding paid subscription. However, the forms of everyone are different.

Huawei's digital services are similar to Apple's. you can only subscribe to a single service, not package multiple services.

The subscription service is based on Huawei account, which connects all Huawei services such as Huawei theme, Huawei music, Huawei video, Huawei reading, cloud space and so on. Huawei music has two kinds of paid subscription: music member and hi res member. They are divided into super music VIP, music VIP, hi res plus member and hi res member, with a monthly rate of 12 Since yuan, different prices and different rights and interests. 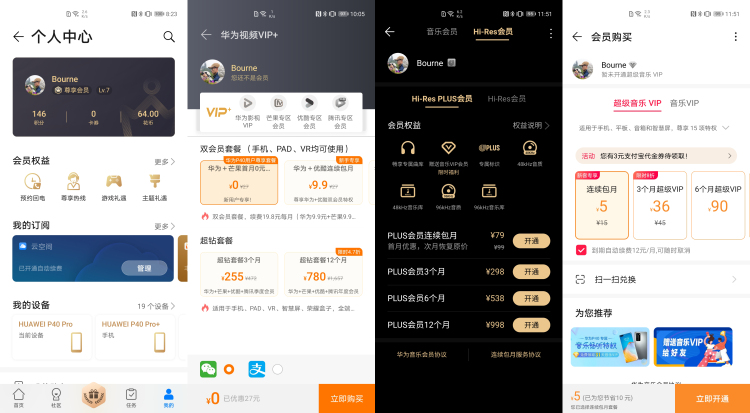 This pricing model is similar in other services, and the packages are of different grades.

When you open music membership, you can get VIP music library, better music quality and download music rights and interests. Other services are the same.

Although Huawei has not launched a subscription mode of multiple service packages, Huawei video has launched a joint membership package with other video platforms, including mango, Youku and Tencent. After opening, you can watch the member content of the corresponding video platform on the Huawei video app.

At the same time, Huawei's account itself has a membership system. Membership rights and interests go beyond the scope of digital services and cover services in the real world. For example, special line service, standby machine service and repair service are available. Membership system has a set of growth system, the higher the level, the more services you get, and the level is accumulated by the consumption of users.

Oppo is similar to apple one in that it packages a number of digital services into a member subscription system. 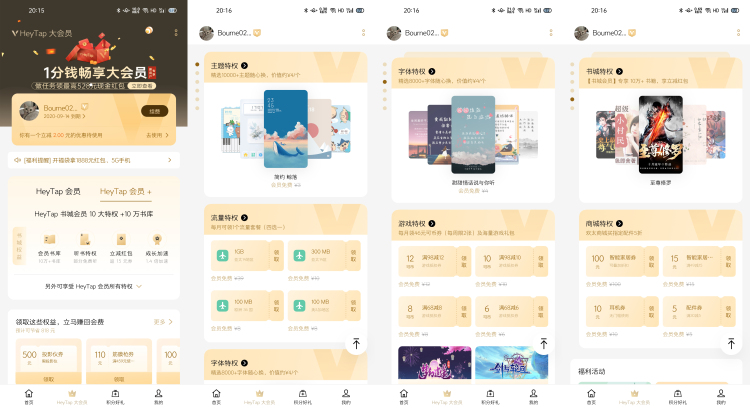 One of the most practical is cloud space services. At present, cloud service has become my just need. I have a lot of photos and backups to upload to the cloud, so subscribing to cloud space has become my habit. Oppo's cloud space of 50GB is 6 yuan / month, but after subscribing to heytap members, they will give 50 GB / month. The price of continuous subscription is 13 yuan / month. At the same time, it also covers other digital services, which is very cost-effective.

From the subscription form and after-sales, domestic smartphone manufacturers have done better than apple in terms of user service.

But does that mean apple is very backward? No.

The reason why Apple has the courage to package its own digital services together is that Apple has worked hard in the content field for many years.

Apple music, for example, is one of the largest legitimate music libraries available to domestic users.According to a report by counterpoint researchIn the global streaming media market in the first quarter of 2020, spotify ranked first and Apple Music ranked second, accounting for 25% of streaming media revenue, accounting for 21% of subscription. Meanwhile, in the first quarter of 2020, apple reached cooperation agreements with universal records, Sony records and Warner records, greatly expanding Apple Music's content library.

The current subscription price of Apple music is 10 yuan / month. In order to attract users to use Apple Music, Apple has offered a three-month free trial for new users, and student users have a more favorable price of 5 yuan per month.

Also, in terms of video, Apple launched a Apple TV service in 2019 to provide users with multiple original TV shows, movies and documentaries. Apple will invest in video content creation, including "Elephant Queen "," Hala》《 Banker "," see" and so on. The actors in Apple's original film include Samuel Jackson、Jason Momoa and famous stars such as Little Li Zi.

Apple bought the greyhound movie starring Tom Hanks for $70 million in july, not in any movie theater but directly on Apple TV website.According to deadline The Greyhound set Apple TV best premiere week ever and brought about about 30% of new subscribers to the Apple TV. 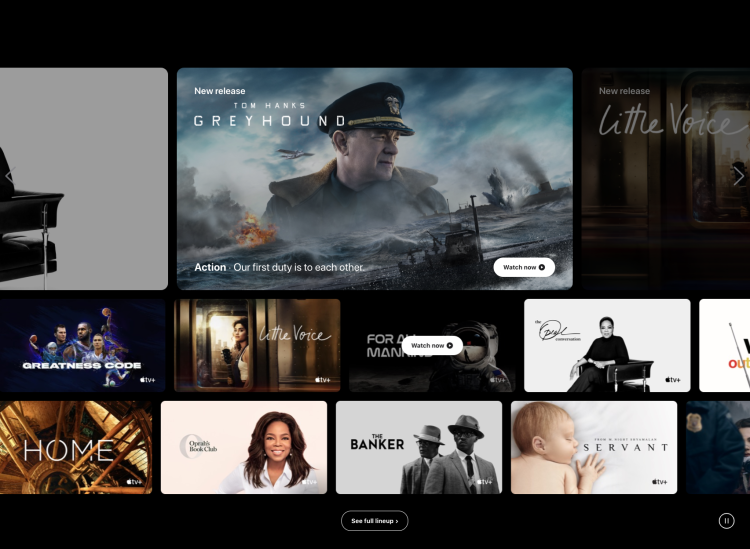 Apple's efforts to cultivate the field of content can be seen, which is also the core of Apple's digital services. Content is king.

Another important thing is that, due to Android ecology, most users do not have the habit of using Android's own service software. For example, compared with QQ music and its own music app, more people will choose the former. Therefore, domestic mobile phone manufacturers will still establish cooperative relations with existing content service providers in terms of digital services and launch joint members.

On the iPhone, however, Apple has gradually developed the habit of using its own services, which is a foundation for Apple's Apple One in the future. What is more embarrassing, however, is that Apple's digital services open to domestic users are relatively limited, Apple Music and iCloud are the two most used services, Apple Acrade、Apple TV 、Apple New and other services are currently not available to domestic users.

It's not uncommon for a business model to package multiple services into subscription forms.

In China, it is LETV that makes the best of this mode. When LETV expanded its ecological environment, it once established a model integrating hardware, content and services: mobile phones are sold at a loss, and TV is not even for money. Users can get a TV for free by subscribing to LETV members and enjoy a number of LETV content services, such as exclusive LETV Video and music resources.

It's a pity that greed is not enough. Jia Yueting's car making story can't continue to be ecological. LETV has been suffocated.

Apple wants to be apple one now, which is closely related to the service transformation of apple in recent years.

IPhone accounts for about 50% of Apple's total revenue all the year round, but as the smartphone market has become saturated, iPhone sales have a huge impact on Apple's total revenue. So getting rid of iPhone dependence is something that cook has been trying to do in recent years.

So in theFinancial report for the third quarter of fiscal year 2020The percentage of iPhone revenue in total revenue dropped to 44.3%, thanks to the significant growth of Macs and iPads, as well as considerable growth in wearable devices and services, with service revenue reaching $13.36 billion, up 14.85% year-on-year. At the same time, apple said that the number of paid subscriptions increased by more than 35 million. Currently, there are more than 550 million paid subscriptions for services on the platform, an increase of 130 million compared with the previous year. They met their goal of doubling service revenue in 2016 six months ahead of schedule. 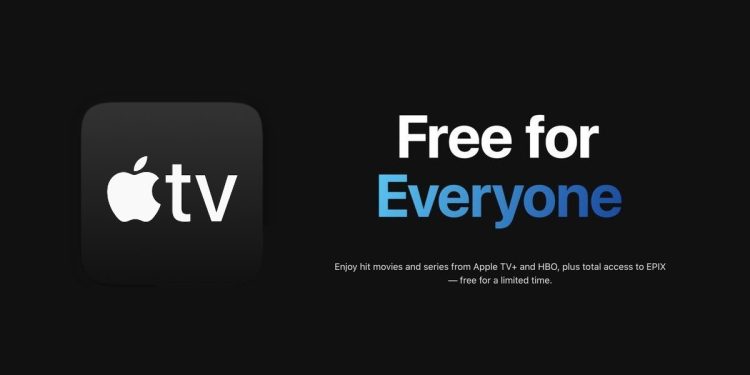 Apple opened its Apple TV free during the outbreak

Obviously, the growth momentum of the service business is full of momentum, and it is an important part of Apple's transformation. By launching apple one, a packaged subscription service, more users can be attracted to use Apple's services and earn more revenue.

New services, such as Apple TV and Apple Acrade, are still in their infancy, contributing very little to apple's revenue than older services such as Apple Store、Apple Music and iCloud. The significance of packaging services is to promote new services into the daily life of users and enhance the monthly life of new services.

This kind of package payment at a lower price makes people feel that they have taken advantage of it. It may be more effective than the free experience of Apple Music for three months.

But if Apple launches at home Apple One, how will it be optimized according to the domestic market? I don't know yet, but since Ready Player One》 was translated as Player Number One, I guess at home

The title is from mobilesyrup

Related news
Apple will launch a bundled subscription service called Apple One"
Apple or launch Apple One bundles to boost service income
Apple One？ Is it Apple's own 88 members
Apple Music App for Android confirms the existence of apple one
Apple registered multiple Apple One" domain names before Tuesday's launch
Apple launched a family barrel Apple One service: iPhone、iPad users must!
Apple one premier tier is available only in the U.S., UK, Canada and Australia
Apple one does not solve the problem of multiple Apple ID accounts (Figure)
Some apple one early subscribers have problems with their orders and services being renewed
Why do I suggest you switch to Apple Music
Hot news this week
The company announced the shipment data of 2021 Q1: the proportion of Huawei fell to the sixth place in the world at 4%
Huawei Hongmeng cross border stir financial industry, many banks and insurance institutions enter, so much imagination!
Many mobile phone users make complaints about 5G Zhang Guoquan: all mobile phones in China open 5G SA by default.
The most flagship Huawei watch is back! Huawei watch 3 Evaluation: full marks of harmonic OS function and endurance
Sony's third generation noise reduction experience: comparable to the strongest combat power of real wireless noise reduction headphones
News said the ipad Mini and iPad 10.2 ushered in a new design: Apple's latest launch before the end of the year
IPhone 13 Pro comes with the same model! Xiaomi 12 information exposure: equipped with ltpo adaptive high swipe screen
At 19:00 on June 9, Ma Weidu and Mai Jingdong enjoy a 50% discount on books purchased in the live studio of Shusheng shushuo
Henan satellite TV "Dragon Boat Festival wonderful tour" full version popular all over the network: netizens call content amazing
New people to do "new" business: preparing for the battle with Zhang Ying, a peach farmer in Yangshan
The most popular news this week
Accidentally, the second-hand iPad I bought on a certain platform overturned
QQ new expression "big dish Wang" dominates the screen: no matter how big the mobile phone screen is, it will never be blurred
Real book official announcement: a bit of apple flavor
Fluorite releases RK2 pro, a child care robot: can run and shake hands
Buy a Hedwig in Jingdong and you can enter Hogwarts? Jingdong 618 takes you to explore!
"To prevent brake failure, please overtake first"! Buick car stickers at the end of the car, but Tesla owners are crazy to leave the car
Microsoft colorful mouse camouflage layout reward: 179 yuan, 12 months for a battery
Jingdong 618 hard core E-sports good things straight down also enjoy super long interest free rush on the right
The red envelope returned by the couple after breaking up was rejected Court: wechat red envelope is a gift, not returned
Jingdong 618 enters the climax period, issue 10% off household appliance consumption coupon again, and enjoy the "bottom price" of the whole network!