Iqoo 5 evaluation: This is the most balanced mobile phone since iqoo was born

Tencent technology news, vivo has been building iqoo sub brand for nearly a year and a half. With radical product design and clear user positioning, the sub brand born in February 2019 has accumulated a lot of online users in more than one year. Iqoo and vivo complement each other in the sales channels, making vivo, which has been weak in the previous years, online channels With the capital to walk on two legs. 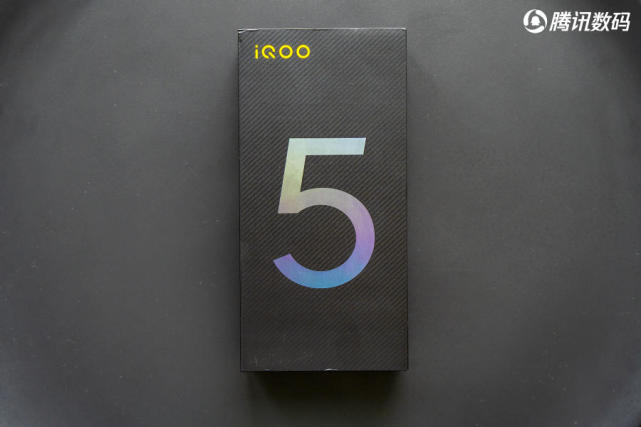 On August 17, iqoo launched a new generation of smart phones. Like previous products, iqoo skipped the number of 4 and directly released iqoo 5 series products. Compared with the previous Z, Neo series, digital series is the original product of iqoo, and it is also the product of iqoo launched for medium and high-end market. Therefore, vivo spare no effort to apply many new accessories and technologies to this mobile phone.

Iqoo 5 series is iqoo's first mobile phone to support 120W flash charging. From this point of view, we can see how high vivo expects this generation of iqoo 5, and we are very interested in this mobile phone.

Why do almost all manufacturers launch two or three mobile phones at the same time? The reason is very simple. Multiple models can cover more different user layers, especially in the flagship price range of about 5000 yuan, to ensure the consistency of basic functions and experience. The "big cup" and "super large cup" are used to show innovative technology, and the relatively low price of "medium Cup" can attract more users in the middle market, so as to achieve a win-win situation in sales and profits. In the current competitive smartphone market, especially the online market, it is particularly important. 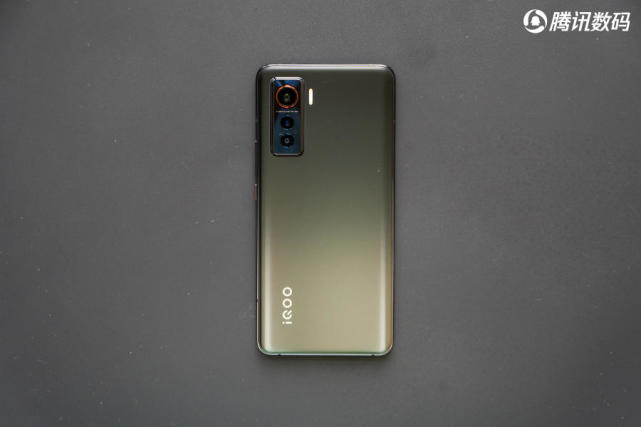 Although iqoo had been publicizing its core highlights before the launch, including 120Hz screen, 120W fast charging and cooperation with BMW, it was not surprising that iqoo 5, a product more in line with user needs, did not have iqoo 5 pro With so many black technologies, I think iqoo 5 has more stories to tell when it retains most of the consistent experience and gives users more affordable prices.

iQOO 5 and iQOO 5Pro both used the Cellon 865 platform, and as to why they didn't use the Cellon 865, I' ve written in the review of Xiaomi's 10 Supreme Commemorative Edition. Qualcomm has not allocated 865 shares to any domestic mobile phone manufacturer. has been in the core hardware part of the design radical iQOO this time also smart continue to use Cellon 865 processor.

They have almost the same fuselage weight, the same quality and size of the screen, the same front lens and back main lens. In other words, there is no significant difference between iqoo 5 and iqoo 5 pro in core functions.

The screen design is different. Iqoo 5 Pro adopts the flexible curved screen design that the flagship machine will choose today, while iqoo 5 uses the flat screen.

There is also a difference between the design and the sub lens part of the back lens module. In this case, iqoo 5 seems to be only in charge rate and design (BMW belief blessing?) Compared with the pro version, these two points are just the most publicized points of iqoo before its release.

This also explains that the iqoo 5 I mentioned above is actually more in line with the shopping psychology of most consumers than iqoo 5 pro, and iqoo 5 Pro is more like a gift prepared by iqoo for enthusiasts. 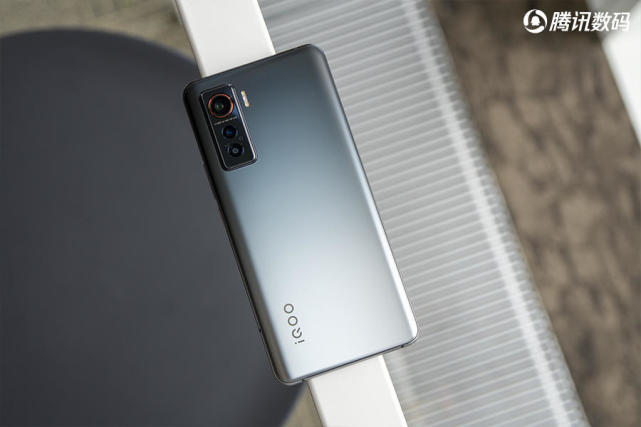 Back to the product itself, iqoo 5 has no faith in BMW M motorsport, and the overall design has not given up on itself. With the gradual color matching and Ag frosting technology, the feel and appearance of iqoo 5 are online.

Iqoo 5 continues the previous iqoo neo3 dual stereo speaker design, while the weight of the body is kept below 200g, ensuring certain portability. 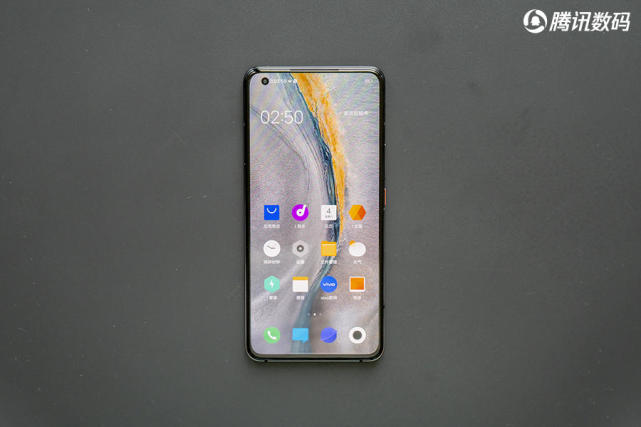 The screen section is one of the biggest updates to iqoo 5. Both iqoo 5 series mobile phones use a top-level AMOLED screen provided by Samsung. The 6.56 inch screen has a peak brightness of 800nit and a maximum excitation brightness of 1300nit. In contrast, Xiaomi 10 supreme commemorative version of the China Star photoelectric screen, the excitation brightness is only 1120nit.

The screen also supports 100% DCI-P3 gamut coverage of 120 Hz refresh rate and HDR 10 high dynamic range display. On the experience alone, the screen on the iQOO 5 is quite impressive. If you have used some of the products before the iQOO, you can find that the screen and the previous screen have a great improvement in the experience of perception.

What is the difference between iqoo 5 Series 120W fast charging and Xiaomi's? 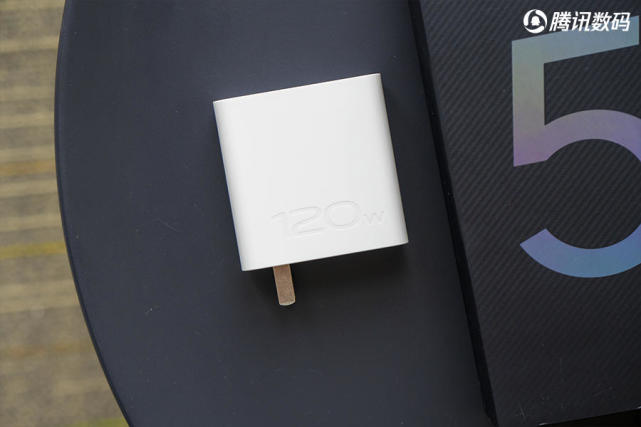 At present, there are three 120W flash chargers in the industry. They are oppo (realme), Xiaomi 10 supreme commemorative edition and iqoo 5 pro, which are the first to be exposed but without mass production. Oppo has no mass production and no discussion. Let's talk about millet and iqoo.

If you compare the parameters, it is not difficult to find that there are big differences between the two brands in the battery and charging parts. The dual cell battery of Xiaomi 10 is equivalent to 4500mAh, while iqoo 5 Pro is only 4000 MAH, which makes the difference of battery size by 500 MAH. 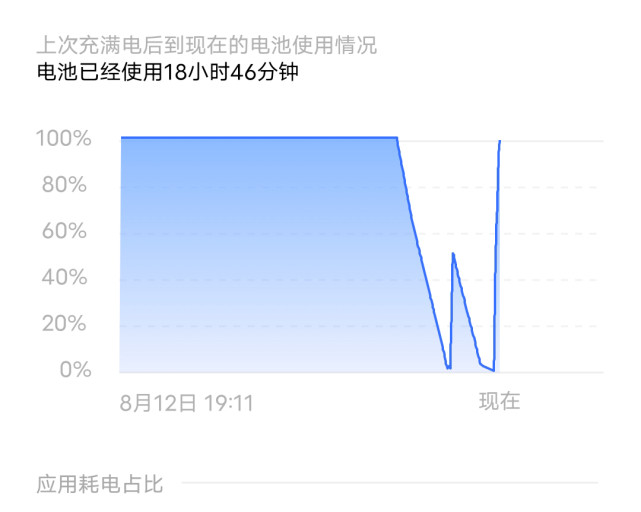 At the same time, in terms of charging rate, although both Xiaomi and iqoo are nominal charging power of 120W, in fact, from the charging speed measured by me, from 0-100% charging, Xiaomi 10 supreme commemorative version takes about 23 minutes, while iqoo only takes about 15-16 minutes, which leads to iqoo 5 pro in appearance faster than Xiaomi. But in fact, this part of the experience difference is determined by the internal circuit and battery design. 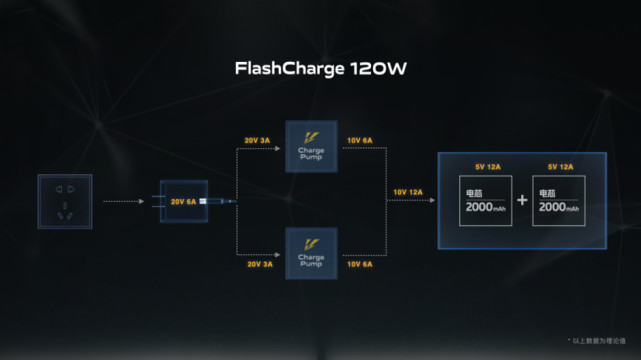 The standard voltage power supply used by iqoo 5 Pro is a charger which can provide 20V / 6A input. Through parallel charge pump, the voltage drop conversion in the circuit is realized. Finally, a 10V / 12a circuit is formed to charge the double cell batteries in series, so as to realize the charging conversion of low voltage and high current.

Is this picture familiar? Yes, in the previous evaluation of Xiaomi 10 supreme commemorative edition, I also made a circuit diagram, which is exactly the same as iqoo.

Thanks to the maturity of "charge pump" technology, the charge pump can store more energy, which makes the fast charging break through the previous limit and achieve 120W power. But since the principle is the same, what causes the difference in battery capacity and charging speed between iqoo and Xiaomi?

The answer is cell technology. The battery cells used by Xiaomi follow the former MMT technology, which is more stable as a whole. At the same time, the battery with MMT technology has higher capacity density. The battery cell used by iqoo 5 Pro upgrades the original MMT technology to the multi polar ear (MTW) technology, which shortens the movement path of the charge and further reduces the cell impedance. The advantage of iqoo 5 Pro is that the charging rate of the whole battery is accelerated, but the problem is that the capacity density of the battery is reduced, which leads to the decline of the overall capacity.

This explains why Xiaomi's 120W rechargeable 4500mAh battery takes 23 minutes, while iqoo 5 pro, which can be fully charged in 16 minutes, has a capacity of only 4000 MAH. 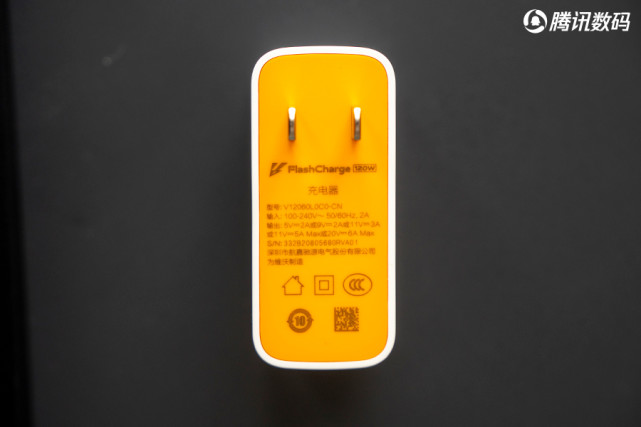 At the same time, the 120W charging head equipped with iqoo 5 can support up to 65W PD protocol, so this charging head can charge all mainstream notebook computers adopting 65W PD charging protocol. I didn't know that iqoo and iqoo were used to charge the notebook before?

iQOO 5 comes with a Cellon 865 processor that supports 5 G dual-mode and WiFi6, standard Android camp flagship configuration. An rabbit's running score of more than 62 W, is enough to prove that the phone is strong in hardware. 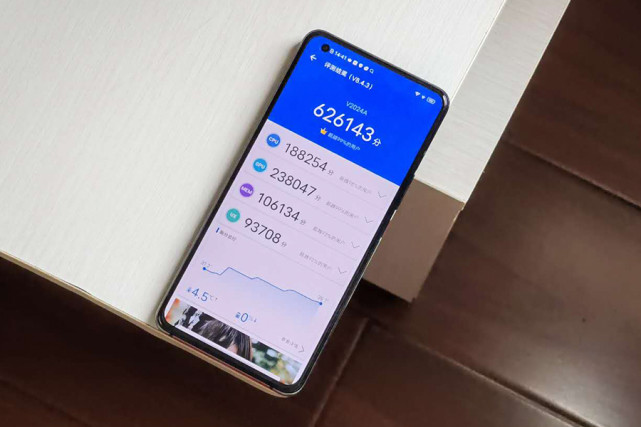 Although iqoo has never said that it is a "how to be a game phone", almost every generation of iqoo mobile phones will optimize the game experience to the maximum extent, as is iqoo 5.

In this mobile phone, 120Hz screen refresh rate and 240Hz screen adoption rate improve the accuracy of operation in the game. With the unique monster mode on iqoo mobile phone, the maximum hardware performance can be called after it is turned on.

Iqoo also announced at the press conference that iqoo 5 will become a new competition machine for KPL. For King glory, this mobile phone also added special optimization, including multi thread optimization of processor, network acceleration and providing 64 bit client, so as to reduce the probability of game memory overflow. 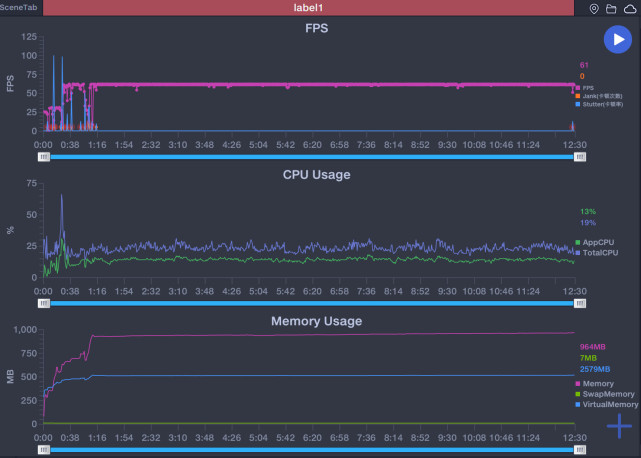 In the actual experience, iqoo 5 has a very good stability in playing the king's glory. In the whole game process, it can basically keep running in full frame. Moreover, the operation feel is very fresh, and there is no feeling of sticking to the hand. The operation experience is in place.

Continue to use the main lens of gn1 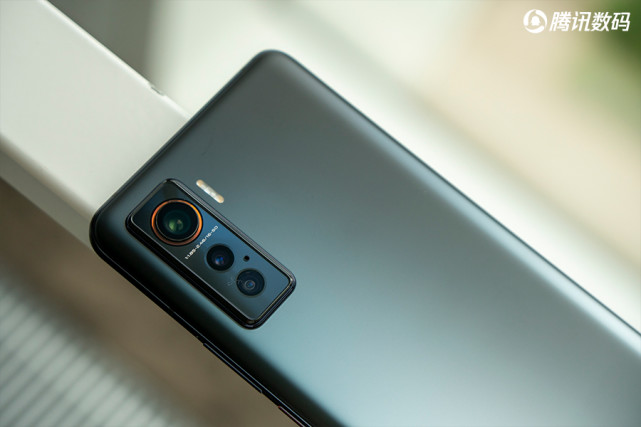 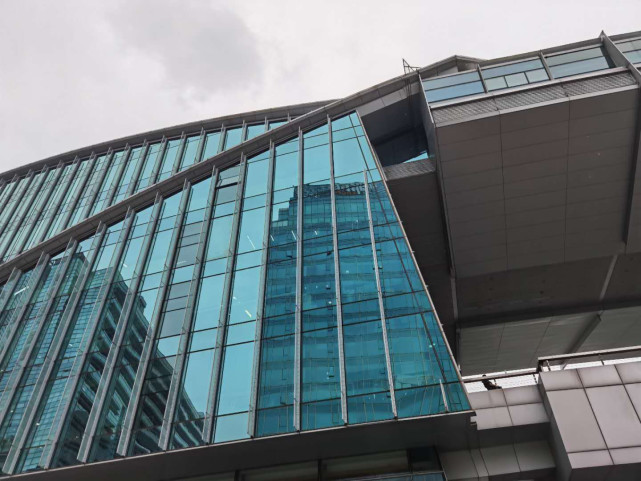 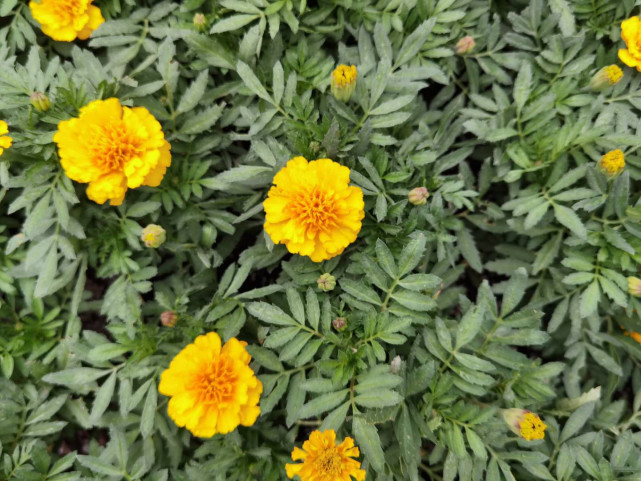 As for the real sample, the color adjustment of iqoo 5 is still full saturation style, especially when taking photos with strong color contrast, this style is more obvious. 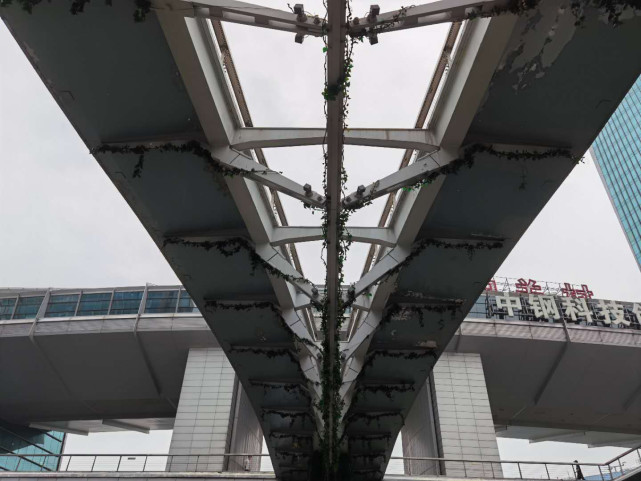 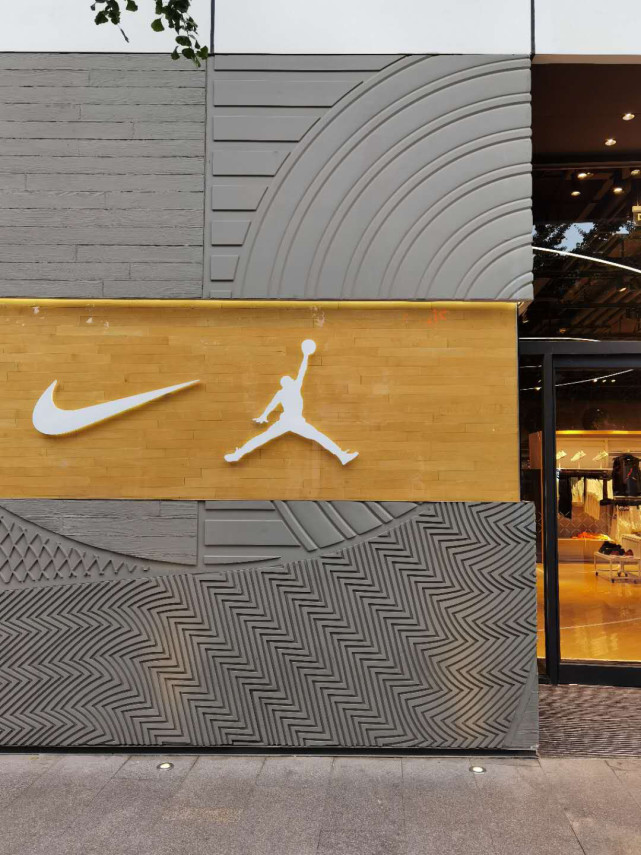 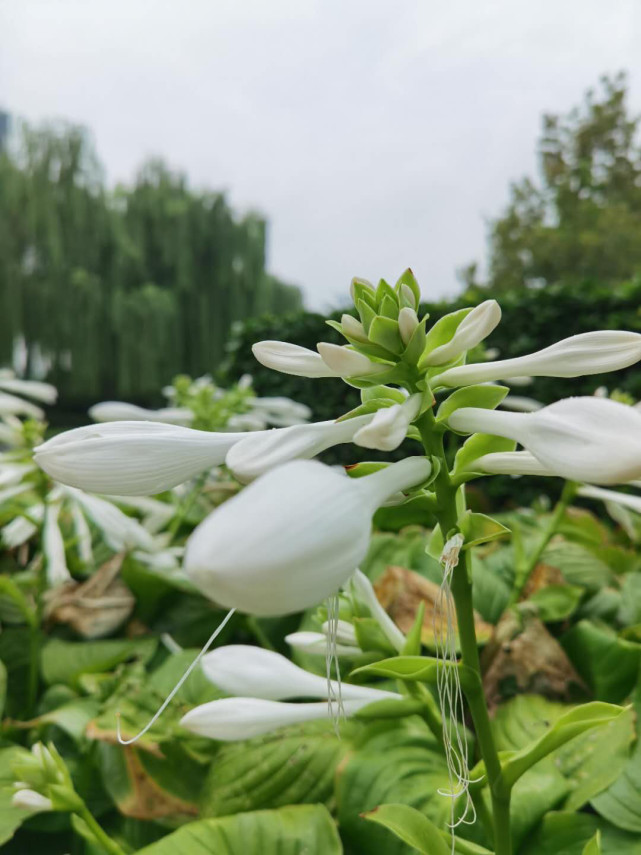 The high tolerance brought by gn1 can also show the color separation between foreground and background very well even in overcast conditions in Beijing, making the whole picture look more three-dimensional without the sense of chaos. 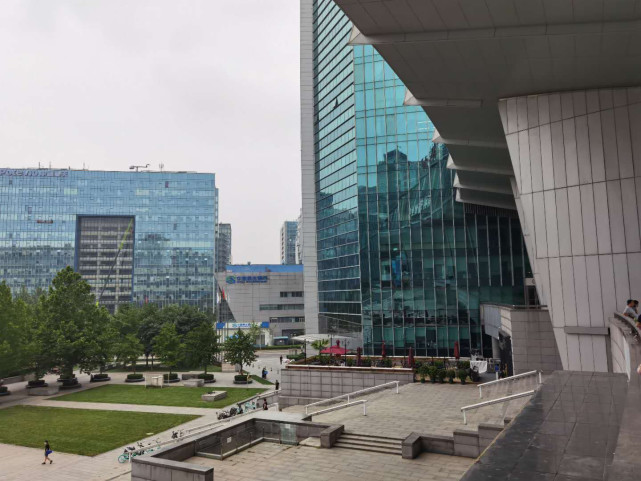 Although 2x zoom is not as far away as 5x iqoo 5 pro in number, as far as imaging effect is concerned, 2x sample sheet keeps the details of the scene to the maximum extent, especially in the sharp edge of the picture, without the feeling of over smearing, and the color restoration of the main scene is also in place. 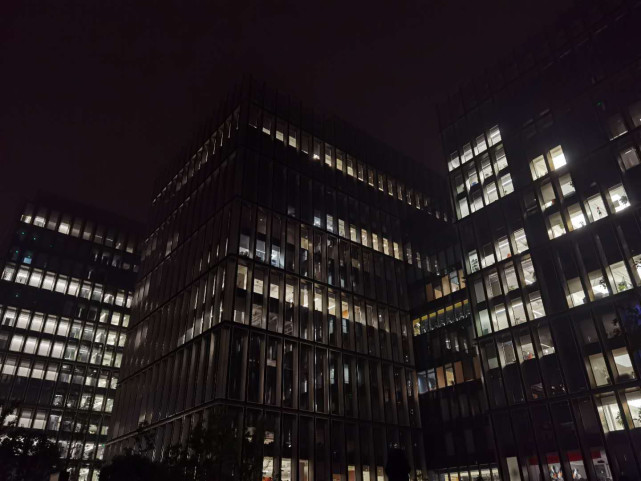 At night, there are some problems with iqoo 5 when shooting in extremely weak light environment. In order to ensure the purity of the picture to the maximum extent, obvious smear marks appear in the extremely dark part. 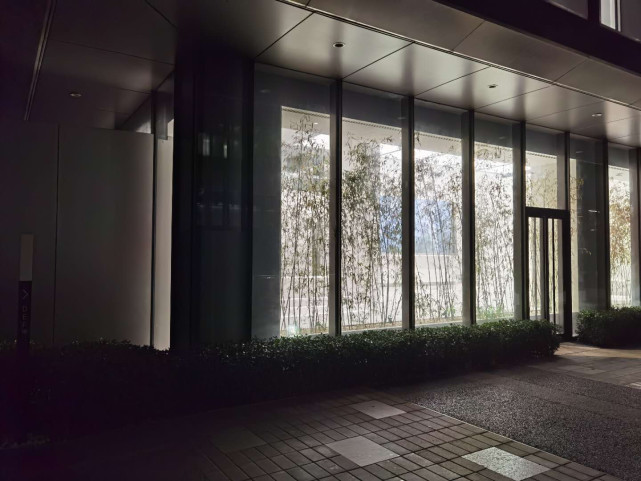 In the night scene with strong light and dark contrast, iqoo 5 keeps a good tolerance, and improves the details of the dark part to the maximum extent on the premise that the bright part is not exposed. 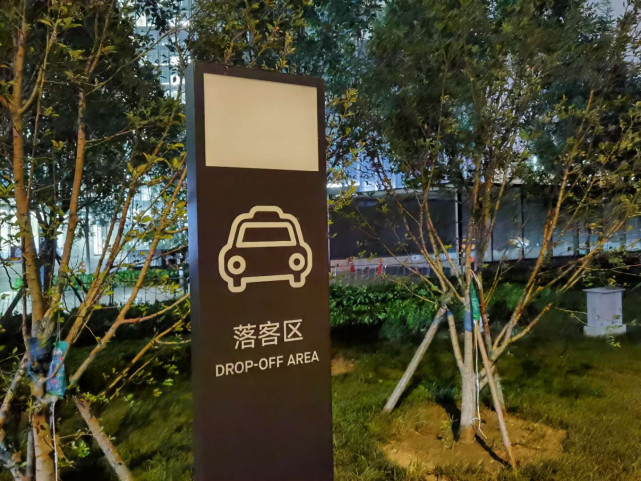 From the current experience, iqoo 5's main lens has maintained a very high level, especially in the color restoration and the overall tolerance of the photo has a very good performance. There are some problems with the photos at night. I want to see if iqoo 5 will make some adjustments in the algorithm when it comes to the market. After all, what I get now is an engineering machine.

From the overall experience, iqoo 5 is a typical bucket machine with bright spots, which is quite good in terms of screen quality, hardware performance and brand-new charging experience. Obviously, iqoo is quite effective in polishing the flagship aircraft. After all, it is good to enjoy the cool by relying on a big tree.

120W charging may be the biggest attraction of iqoo 5 series, but it only appears in iqoo 5 pro. From the experience point of view, the 120W fast charging experience is quite excellent. The iqoo 5 can be fully charged in 15-16 minutes. It is almost foreseeable that with the maturity of charge pump technology, the fast charging technology of more than 100W in the future will become the new normal. Iqoo 5 Pro has also become the fastest charging smartphone at this stage, which makes us look forward to the future.