According to Yu Chengdong, CEO of Huawei's consumer business, the new Huawei mate 40 series flagship will be released on schedule in September. At the same time, he officially announced that the series of models will carry the new Kirin 9000 series chips. He also said that TSMC's power supply would be cut off due to the U.S. ban, which may be the best performance of Kirin chips, so it has attracted the attention of many users.

Now there is the latest news. Recently, a well-known digital blogger has revealed that the machine is now ready for offline appointment, and has published a quality assurance form that is said to be Huawei's experience store. 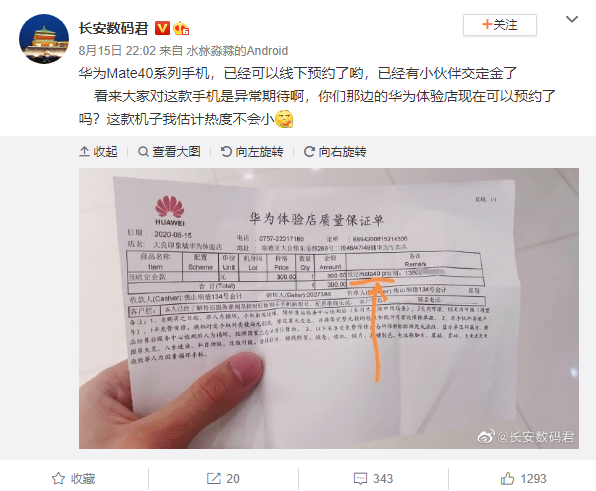 According to well-known digital blogger @ Changan Digital Jun, the upcoming new HuaweiMate 40 series flagship is now available for offline booking, with users paying a deposit and posting a

The name of the goods is 300 yuan Mate 40Pro reservation gold, the location is Foshan Shunde Daliang impression City Huawei experience store, although not sure what the experience store gives the arrival promise, but it is clear that the user to this Kirin

It is worth noting that recently, it has been reported that the foreign version of the flagship series will carry the flagship chips of Qualcomm or Samsung.

In addition, the camera will be equipped with a newly upgraded super sensitive Leica four camera camera. The main lens may use 108 million pixels. Meanwhile, the zoom and movie lens will also be upgraded. A periscope long focus lens will be added to support 5x optical zoom and 55x digital zoom. 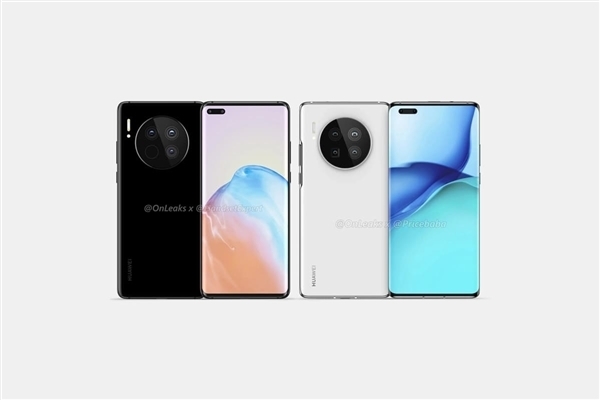