In today's smart TV market, the spinning Samsung sero TV is still unique. In IFA 2019, we saw Samsung sero TV for the first time, and its rotating function and striking design attracted the attention of most people present. The sero is completely different from any other new Samsung TV, and, to its credit, the sero series has really brought the concept to market. 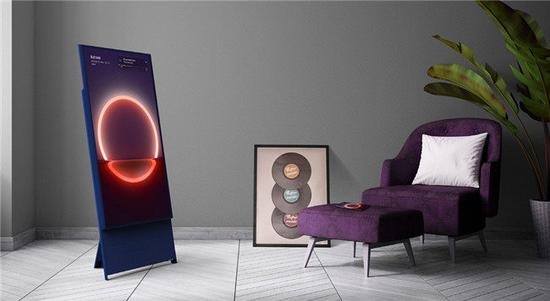 This rotary TV is aimed at heavy social media users, which means you can watch Netflix movies in one minute and then scroll on the Twitter or shaking the next minute.

However, there are some problems with using the Samsung sero TV as a smartphone monitor. First, the tizen system itself does not support social media applications, which means that you have to switch your gaze back and forth between the TV and the phone on the screen, and you can't use the TV remote control to control social applications. andiPhone There are also some problems with using AirPlay 2, which means it is best for Android( especially Samsung) smartphone users, not iPhone users. 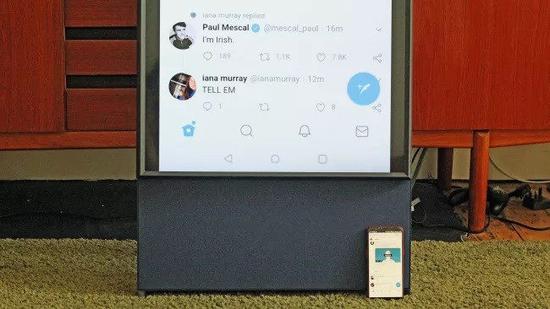 The Samsung sero is an eye-catching TV that looks like a big smartphone, which is quite reasonable given that it was designed to project screens from smartphone apps.

The TV screen is equipped with a fairly heavy frame and is mounted on a skateboard shaped bracket with a fabric covered speaker underneath. The whole suite also has attractive midnight blue as the main color, which is eye-catching and special, so it is difficult to avoid attention when placed in the living room or at home. 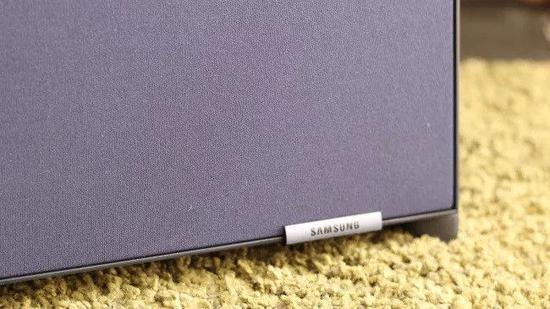 The TV itself is about 1.2 m high, quite heavy, and 33.3 kg, Given that the holder has placed the screen in the same position as the realization height, the TV is more suitable for placing on the floor than on the elevated counter.

Because of the location, the port at the bottom of the TV is difficult to use, so we have to lie on the floor and wrap it around the back and plug in the HDMI cable. The ports here are: three HDMI 2.0 ports, two USB ports, and support Ci, ground and earc (for connecting the bar speakers). Strangely, there is no Ethernet port, which means you have to use only WiFi connections. This kind of placement in the external game console or TV box, wiring will become more chaotic.

Unlike other Samsung TV remote controls, the top right corner of the Samsung Sero remote has a "spin" button that can immediately switch TV between vertical and horizontal —— half a second faster than controlling TV through Samsung SmartThings applications. 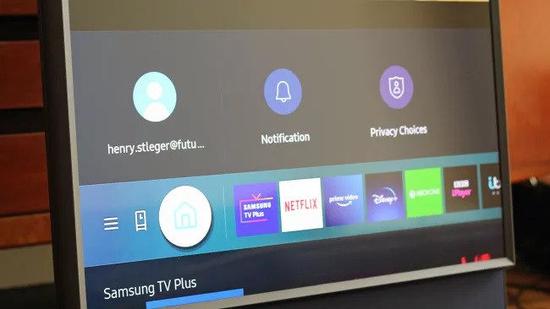 It's worth noting that sero is turned off by default. If you use it mainly on INS, this default setting is very convenient, but it's really painful to resume regular TV broadcasting. Fortunately, you can modify this by going to settings - General - system manager to make sure it stays locked when power is off.

Samsung sero TV uses the same tizen smart TV system as the high-end Samsung smart TV. The main difference is that the left most side of the screen contains a vertical screen mode icon, and you will also get ambient Mode (environment mode), which has a large number of screen savers and images, can naturally enhance the living room atmosphere through vertical options, and you can also publish the latest self photos if you like. 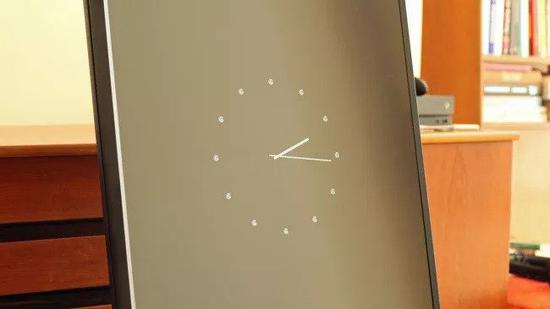 In terms of applications, you can access Netflix, Disney plus, Amazon Prime video, Apple TV Plus, Rakuten TV, youtube, iPlayer, britbox, all4, my 5, etc. Not every app will automatically rotate the TV when it is selected, such as Netflix and Amazon, but Disney plus requires manual rotation.

Samsung sero TV supports Alexa and Bixby and is compatible with Google assistant speakers. Alexa will prove to be a more reliable AI assistant than Samsung's internal Bixby.

"Android 8.1 or higher" Galaxy devices will be able to use tap view, and the TV will automatically rotate 90 degrees when the phone casts the screen. 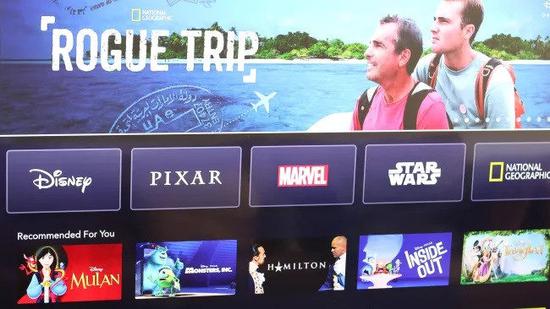 when watching the BlacKkKlansman on the Netflix on the HD/SDR, we were impressed by the color reproduction, which looks rich and delicate despite the lack of a wider dynamic range. we also suggest not to use Filmmaker mode on Sero as it will reduce brightness.

You can't get market-leading brightness here. When the TV is displaying bright light sources, there will be signs of backlight flashing. This is especially obvious when the intelligent mode is turned off. Among other functions, it will automatically calibrate the brightness according to the lighting conditions of your room. We recommend turning it on to get the best output on this particular device, because it largely maintains The brightness is high enough to make the flicker obscure.

Samsung Sero TV carry four K HDR of screens, and most desirable HDR formats have been obtained: HDR10,HDR10 and HLG are one of them. But there's no Dolby Vision. here Sero are equipped with Quantum Processor 4K, that can now be found on most new Samsung TVs and are fully capable of handling fast action.

It's worth noting that the screen is not symmetrically placed in landscape mode, which means it hangs farther on the right side, but only one or two centimeters. 16: The aspect ratio of 9 also means that you are still watching most TV and movies in the expected format, although it does mean that "vertical mode" cuts out the smartphone screen you are casting.

In terms of sound quality, you'll get 60W of full output instead of the standard 10-20w in most new 4K TVs. 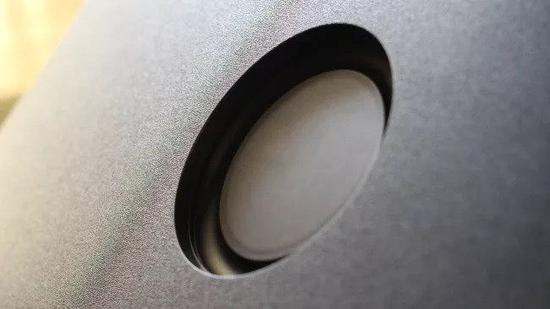 Sero has 4.1 channel output instead of 5.1 channel output, its display effect is still better than we expected. "1" means the bass speaker at the back of the speaker bracket, with four treble speakers at the front. This is only half of the real decent audio setup, but it's certainly a massive upgrade to the phone's compact speaker.

Of course, sero's main positioning is social media - the question of whether to buy it depends on whether it displays smart phone apps well. For Twitter, mobile phone or Ins, Sero is unique because it can tiktok the time axis without any reason, or watch longer IGTV videos without looking at the phone sideways.

This is undoubtedly a great way to increase the size of smartphone content, and we can see how it can be used to project content to multiple people without having to crowd in front of the screen. Powerful images and audio means that even tiktok dance will perform best in this area.

However, sero does have input problems. When casting from a mobile phone, you have to slide and select on the screen, which means that browsing back and forth between the phone and the TV is inevitable. 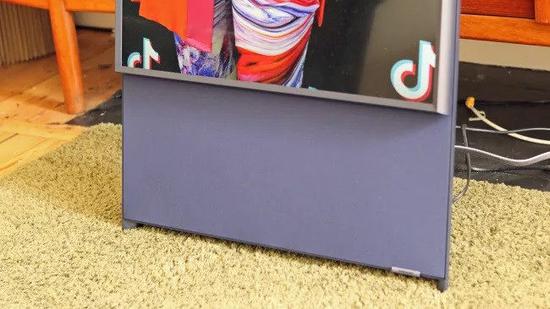 Should I buy a Samsung sero TV?

If you are a social media user, if you want to make the most of the use of the Instagram or Twitter application, then Sero is the tiktok.

However, with a smartphone in hand, most people may not need such a TV.