Just over 100 yuan: I bought "Apple watch" from Huaqiangbei!

I've been sharing with you

Where is Huaqiangbei? World class science and technology center!

Huaqiangbei can make the airpower that Apple couldn't build before; apple just launched airpods, and Huaqiangbei's Shanzhai came the next day, and now it has even produced a full series of prototypes of the iPhone 12. 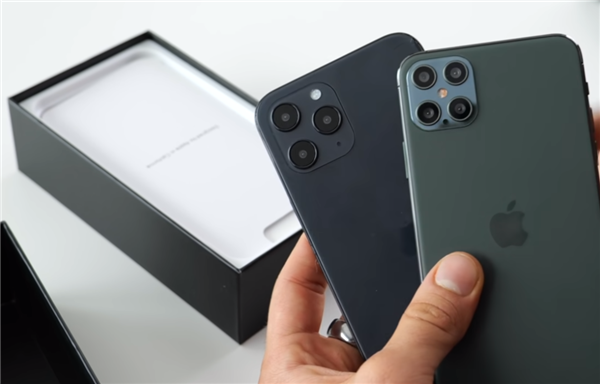 As one of the most popular items in Apple's family barrel, apple watch's sales surpassed the entire Swiss watch industry including Rolex and Omega as early as last year. 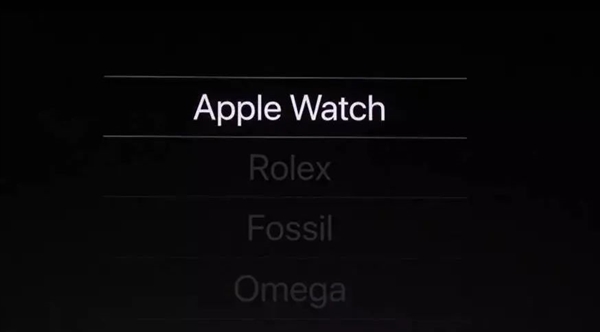 Since Apple watches are so popular, how can Huaqiangbei not make them?

With a curious mood, Tony went to a shopping platform to search for keywords. Sure enough, many smart watches from Huaqiangbei immediately appeared on the page. 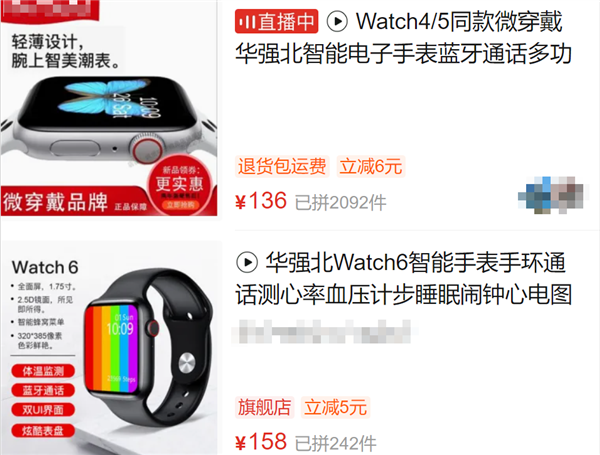 Don't mention, at first glance, these smart watches look like apple watches, but they don't dare to call Apple watch, they are called Huaqiangbei watch, and the price is less than one tenth of Apple watch.

Ah, I have to say that Huaqiangbei is really a magical place. You can't even buy a silicone watch strap from apple, but you can buy a smart watch made by Huaqiangbei. I don't believe it if you kill it before you change it. 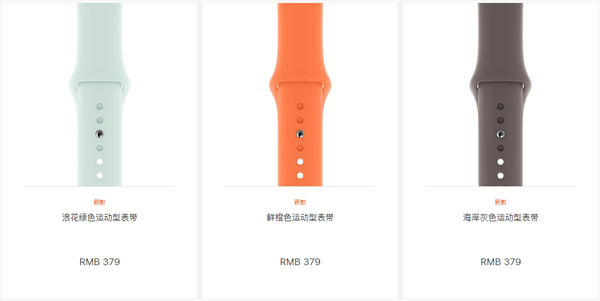 Just like last time, Tony started two different models of smart watches from Huaqiangbei, and then he took his friends to see what kind of watches Huaqiangbei could make. 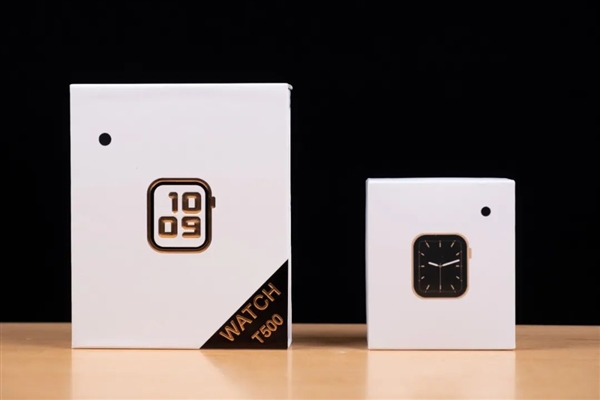 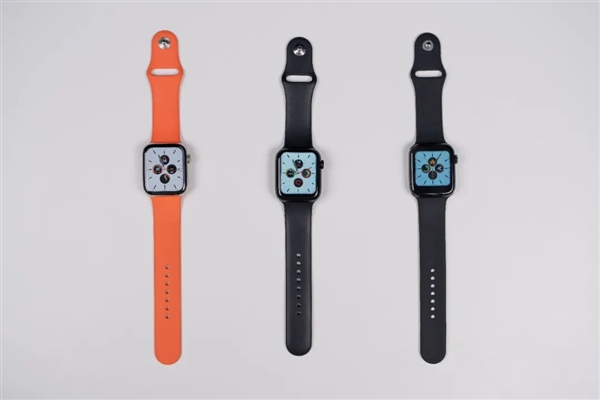 Em 。。。 You can easily tell which one of the three is the apple watch without Tony's prompt?

Different from the 1:1 "Huaqiangbei pods Pro" bought by Tony last time, the "Huaqiangbei watch" this time can be said to be too imitative, and the rough workmanship can be seen everywhere.

The apple watch's screen is now as wide as four sides, and Huaqiangbei watch, like the fake iPhone a few years ago, not only has low pixels, but also retains a large, wide and thick chin. 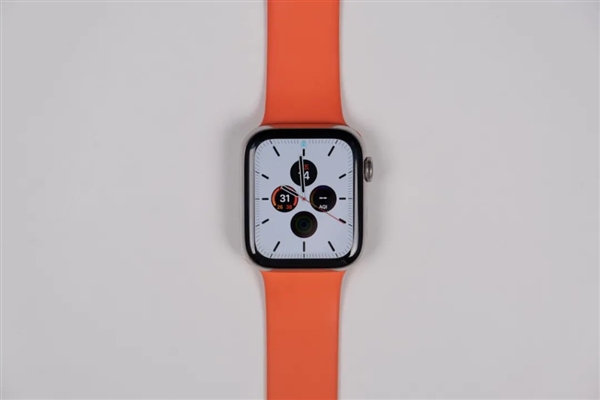 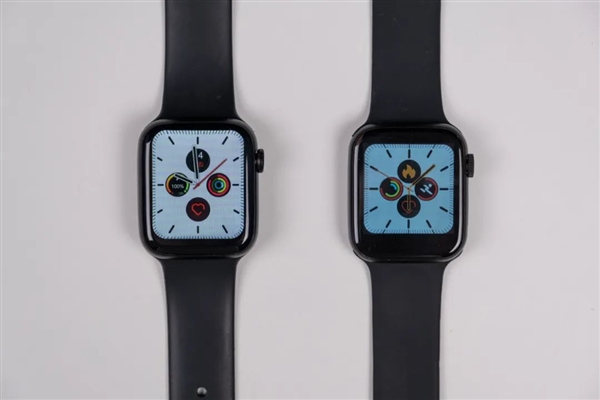 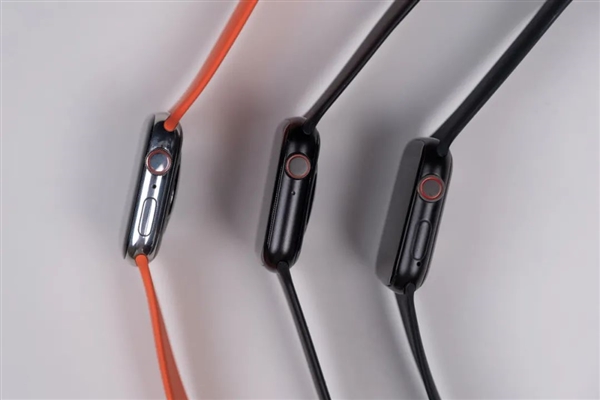 In addition, the two Huaqiangbei watches use contact charging rather than apple watch wireless charging, so we can see two obvious metal contacts on the back of the two watches. 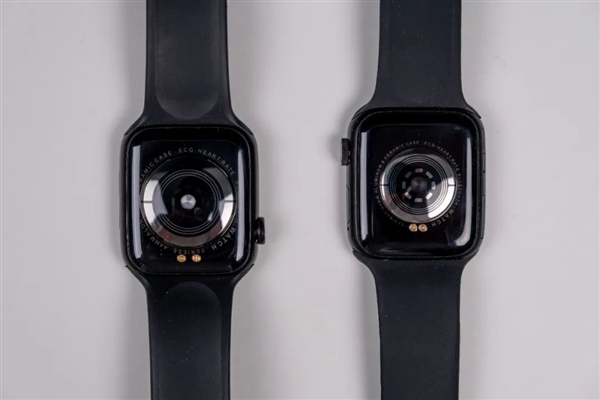 The non full screen version of the charging base is the same as Apple's all inclusive round base, but its magnetic force is so bad that Tony doesn't know whether it has a contact point when charging. 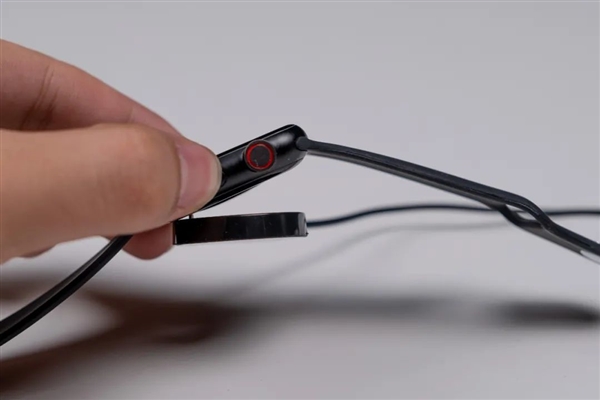 Can Huaqiangbei concentrate on its software?

Their software arrangement is the same as the apple watch. 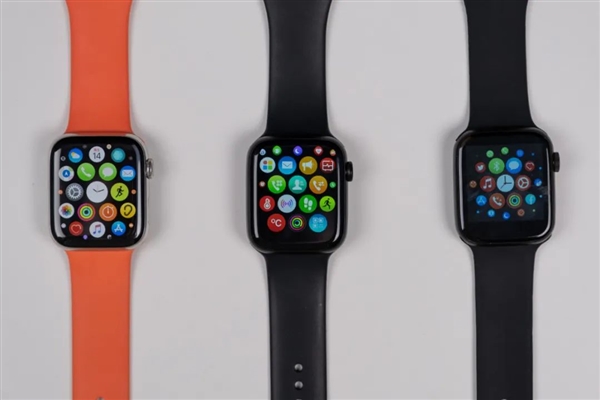 For those who have never been in touch with apple watch before, Tony thinks that Huaqiangbei watch may be able to bluff a few people just by the apple like interface (such as the world super)...

However, when it comes to lifting the wrist and lighting up the screen, Huaqiangbei watch shows up again.

The non full screen version of the watch doesn't have the wrist up and click to light up at all. You must press the crown on the side to wake up.

The full screen version does not light up nine times out of ten times. It always lights up when you don't want it to light up (such as lying in bed). This operation is really fascinating. It is better to have wrist lifting function than not.

In touch operation, the screen response speed of Huaqiangbei watch is also very slow and moving, and it often drops frames...

However, Tony thinks that the Huaqiangbei watch is better than Apple's apple watch, that is, the two watches are compatible with Android and IOS! 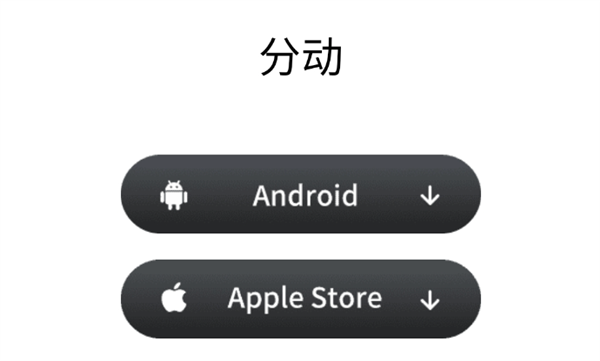 As we all know, apple watch only supports pairing with IOS devices. Even if there is no Android phone door, Huaqiangbei is worthy of being the global mobile phone distribution center, which is quite equal to apple and Android systems~

It's just that this app needs as many permissions as other rogue software. Tony can't really click to agree for a while. 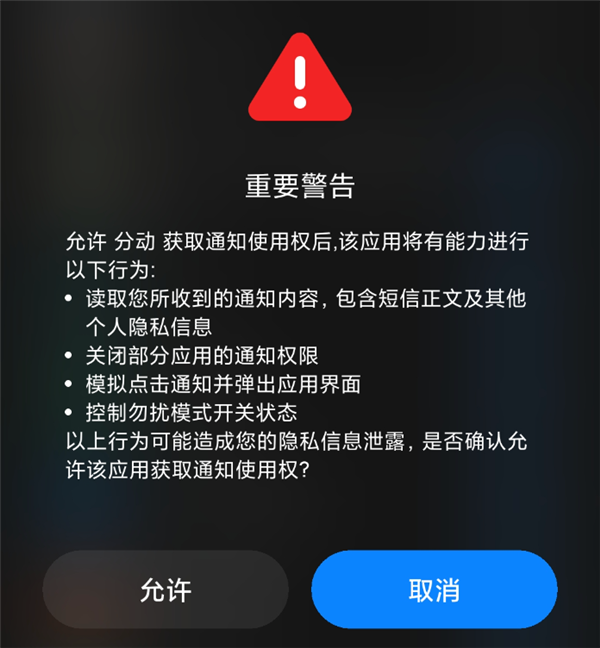 So what is the experience of Huaqiangbei watch after pairing up with a mobile phone?

It can dial directly, but the sound quality of loudspeaker is too bad. 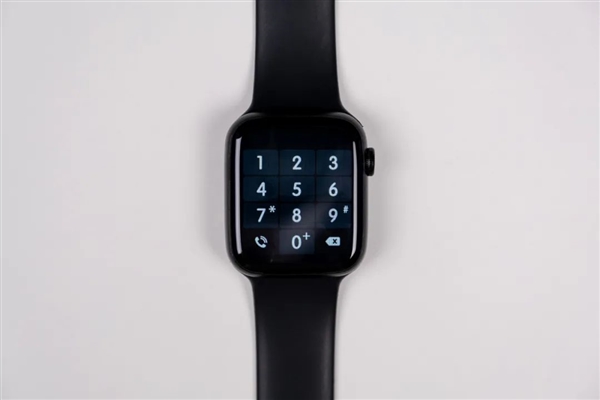 You can receive a message notification from your mobile phone, but do not display the specific content. 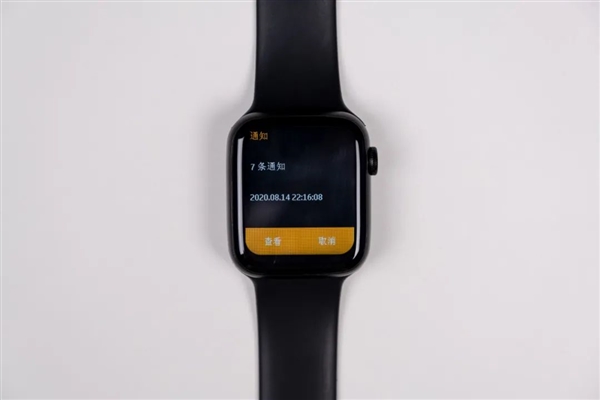 Can quickly return text messages, but every time you need to click on the phone to confirm. 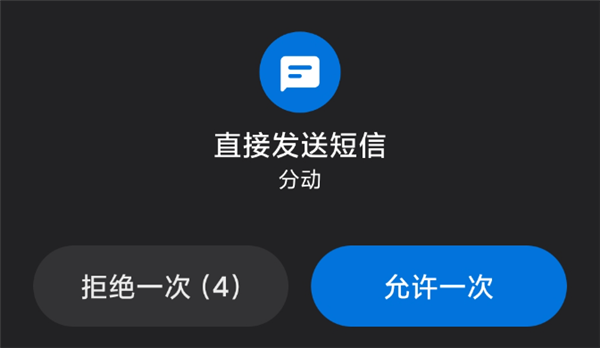 The songs that are playing on the phone will be displayed, but you can't pause or cut songs. 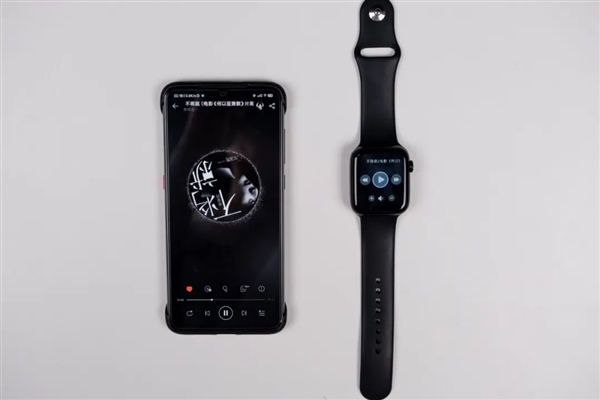 There are exercise modes, but you can't see the details of fitness programs in the app. 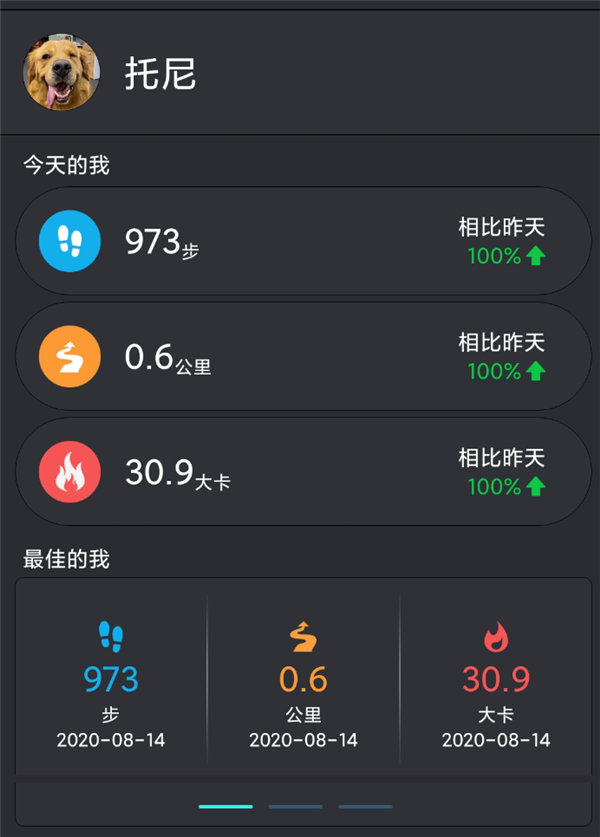 Click on the remote control to take photos. The phone only makes shutter sound and does not take pictures. 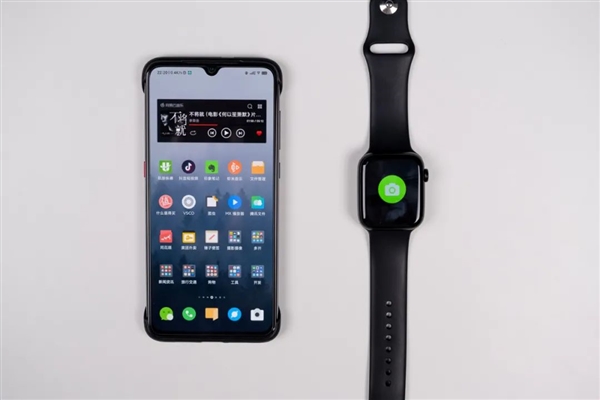 As for heart rate, step count and sleep monitoring, if you leave your watch on the table at will, you can believe it?

Their accuracy can be imagined, there is not much reference value (now many smart bracelets have solved this bug)... 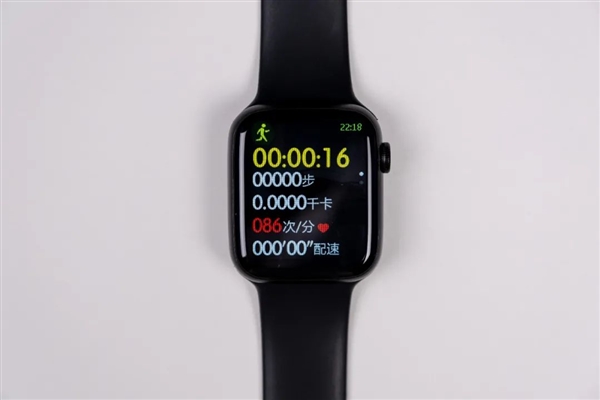 In addition to the above, Tony encountered some problems in using the two "Huaqiangbei watches", such as the unexplained disconnection of Bluetooth, the power consumption dropping by 25% each time, and the interface suddenly stuck. 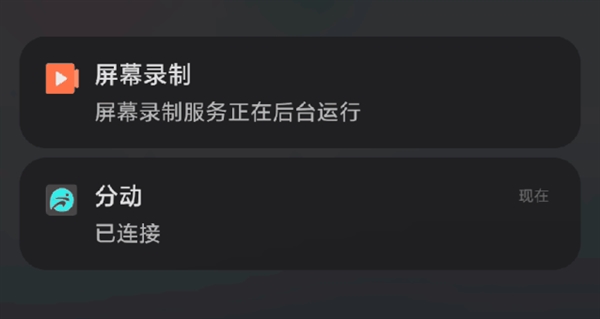 It can be said that the purpose of other people's buying smart watches may be to reduce the number of times the mobile phone is turned on or help us complete fitness training. Tony feels like he is coping with himself by using these two "Huaqiangbei watches":

Not only can't they satisfy my basic needs for smart watches, but because of the poor workmanship and poor experience of these two watches, it's a bit too much for someone to buy them to install X.

Obviously, Huaqiangbei doesn't intend to make the "Huaqiangbei watch" compete with other smart watches on the market. It just sells whatever is hot, and product experience is obviously not what it cares about most.

Tony doesn't deny that the price is really very low, but if you have the money to buy a sports bracelet, isn't it fragrant?

Related news
Just over 100 yuan: I bought "Apple watch" from Huaqiangbei!
What has Apple watch changed me?
Why do I suggest you switch to Apple Music
Hot news this week
Alibaba: Shareholders SoftBank will settle in advance for advanced payment in advance involving a maximum of about 242 million ADR
Biden signed a chip and scientific bill, a video call of WeChat iOS internal test suspension window, the advanced CPU caused Win11 to be difficult to use, Huawei new machines enter...
Text message color, picture quality compression! Google calls out Apple for improving cross-device messaging
How to regulate the "broken card" operation to crack down on electrical fraud to prevent "accidental injuries" with cards?
Musk's eyes! Lei Jun released a full -size humanoid robot Xiaomi self -developed strength explosion table
Japan has confirmed that China has overtaken the US for the first time in the world's top three indicators of scientific papers
SoftBank Group announced the early settlement of up to 242 million forward contracts for ADRs in Alibaba, reducing its stake to 14.6 percent
iPad 10 will be absent from iPhone 14 conference: October appeared on Apple's last non -comprehensive tablet tablet!
Kuaishou TOB business Yu Bing: Self -developed chips or mass production after the end of the year, the video must be turned into light industry
The three major indexes of the US stocks opened sharply: ROBLOX fell more than 4%, Twitter and Tesla rose more than 3%
The most popular news this week
Fabless customers cut back on chip orders affecting Q4 capacity utilization
Washington's suspicion of TIKTOK exacerbated: How will the Bayeon government weigh it?
Pinduoduo launched its cross-border e-commerce platform in the United States in September
Put an SSD in your phone: from 2,499 yuan
China's largest general purpose drone! The first five flights were successful
IPhone 14 to be released alongside Huawei Mate 50: Which bangs do you choose?
Tencent's agent of the Russian war online game announced the suspension: Customs Customs in October
Will the heat this summer cause the winter to be extremely cold? Expert science
New Intel NUC Mini! First time with Core P 12 and a castrated version
Lenovo and Motorola are involved in the case! US ITC launched 337 surveys on mobile electronic devices