TikTok why sue the U.S. Government: We have no choice

Byte skipped its short video app focused on overseas markets on the evening of TikTok announced on its website that it was suing the U.S. government in federal court on Monday, local time, in response to an administrative ban issued by U.S. President Donald Trump on August 6.According to the presidential executive order issued by Trump on August 6, any transaction between any person or enterprise under US jurisdiction and TikTok parent company will be banned 45 days later. The full scope of the ban is unclear, and the U.S. Secretary of Commerce will have the power to determine the scope of the deal.

In this article titled "why we are suing the administration," tiktok explains the reasons for suing the U.S. government.

According to tiktok, 100 million Americans on tiktok get entertainment, inspiration and links. Creators express their creativity, reach audiences and earn money on the platform. Tiktok has more than 1500 employees in the United States and plans to add tens of thousands of jobs in many places.

"In short, we have a prosperous community, and we are grateful and responsible for it." Tiktok said, "the executive order of the United States government on August 6, 2020 may deprive the community of its rights, and there is no evidence that such extreme action is justified. We strongly disagree with the government's position that tiktok poses a threat to national security. "

'we have no choice but to take action to protect the rights of communities and employees,' tiktok said.

Tiktok also said the U.S. government ignored the company's efforts to address concerns. Tiktok said that the key personnel responsible for tiktok's business, including the chief executive officer, the global chief safety officer and the general counsel, are all Americans, and the content generated by the US business is also reviewed by the US team, which operates independently of China. U.S. users' data is also stored in the United States and Singapore.

Tiktok also believes that Trump's ban is an abuse of IEEPA.

Tiktok has been a huge success worldwide over the past year, with more than 2 billion downloads. According to data from sensor tower, tiktok was the most downloaded non Game App in the world in June 2020. In the first and second quarters of 2020, tiktok's downloads in the United States far exceed those of Facebook, instagram and Youtube.

In addition to the trading ban on August 6, trump issued an executive order on August 14, requiring byte jitter to sell or spin off its tiktok business in the United States within 90 days. Trump also authorized the attorney general to take any necessary measures to implement the order. The executive order is based on an investigation by the US Foreign Investment Commission (CFIUS).

TikTok general manager of the United States, Vanessa Papas (Vanessa Pappas), in an interview on August 20, strongly opposed CFIUS conclusion. She said she was disappointed by the CFIUS's ruling that there was no evidence to support TikTok threat to U.S. national security. 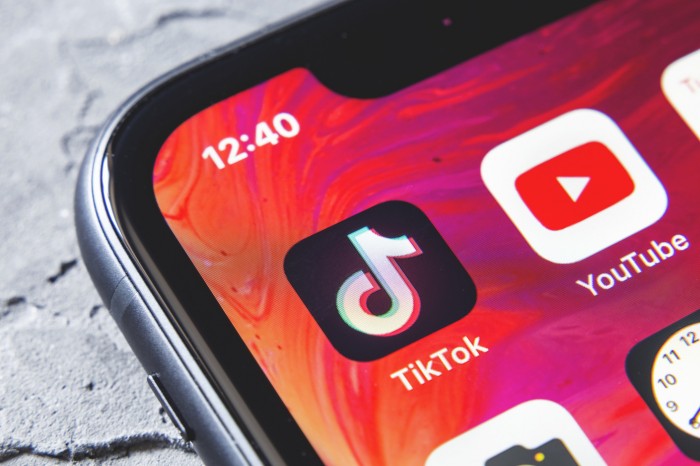 Related news
TikTok America sell Google?
Is it necessary for the United States to kill tiktok?
Banning tiktok will aggravate the monopoly pattern of American science and technology enterprises
American youth: saving tiktok
Oracle wants to buy TikTok but it's hard to say
TikTok why sue the U.S. Government: We have no choice
What's in tiktok's indictment against the U.S. government?
Do not sell! Tiktok holds hands with Oracle to reach cooperation agreement
The complex logic behind tiktok Co., Ltd. and Oracle
Tencent CSIG Creates Enterprise & Government Business Line
Hot news this week
Female graduate students leave school to give birth to the hot debate is hype? The husband has set up a webcast company
How much is 4G than 5G! Huawei Mate50 network speed detailed measurement 6799 yuan to buy explosion money?
It's hard to find a machine! Huawei Mate50's first sales: oxen can not buy the price of 10,000 yuan to grab the price
Huawei City's proportion is the first! Survey: Northerners love to use folding screens more than southerners
Our global car he is a special car for China! Saic Volkswagen and FAW-Volkswagen are fighting each other
Are they really aliens? The US Navy confirms there are multiple UFO videos: but they cannot be made public
Chongqing Xiaomi Consumer Finance Co LTD has been fined 500,000 yuan for misappropriating consumer loan funds
The second phase of the main structure of Xiaomi intelligent factory is completed to see the delivery at the end of next year
In order to change the iPhone 14: Women's net red sells old phones and comes with a large number of private photos
4 million units are not enough! Huawei Mate 50 seconds sold out of the hack, the maximum price of 10,000 yuan to earn crazy
The most popular news this week
Tesla sales response "disguised price reduction of 8000 yuan" : for the end of the quarter impulse, temporary activities
Apple iPhone 14 standard version is not good for sales, Lixun precision may face the risk of ordering orders
Billions of euros in investment, Intel Italy chip factory will be located in the Veneto region, sources said
China Mobile to develop 5G Tidal Smart Antenna: Where the crowd
Huawei Smart Screen New Products Tomorrow: Sub -looking 75 and 86 sizes of the sub -brand
Apple conscience: AppleCare+User iPhone can repair unlimited times
From January to July this year, my country's industrial software product revenue reached 121.9 billion yuan, an increase of 8.7% year-on-year
China Mobile Development 5G tide smart antenna: signal dynamics follow the crowd
Foxconn dismantles production line! The iPhone 14 could be the worst-selling model in history: Apple's strategy to clear inventory has failed
The game does not produce plug -in first: "Call of Duty 19" B test has perspective+self -aiming plug -in