According to the US consumer news and business channel (CNBC) reported on the 26th, the New York Times quoted people familiar with the situation, saying that after US President Trump's intervention, the acquisition negotiations between Microsoft and tiktok and its Chinese parent company byte beat were "ballooned" this summer. It is reported that at the beginning of the negotiation, Microsoft is said not willing to make any large-scale acquisition. However, if tiktok can be partially owned, the latter may give up the current Google cloud and sign a contract with Microsoft azure, becoming one of Microsoft's largest cloud customers immediately. In addition, tiktok is likely to merge with Microsoft's $7 billion advertising business.

Microsoft issued a statement on the acquisition of TikTok U.S. business on August 2. However, on August 3, Trump said he would prefer Microsoft to buy the app for as many as 100 million Americans. Trump told reporters at the time ," I think buying 30% of the shares is complicated ."

At present, several bidders are competing with Microsoft, mainly oracle. It is understood that bankers and investors have also contacted Netflix and twitter, but it is not clear whether they are interested. In any case, the deal has "evolved into a big, chaotic political soap opera," the report said.

Tiktok is likely to trade for between $20 billion and $50 billion, depending on what part of the company is being sold. CNBC reported earlier this month that Microsoft was discussing a $10 billion to $30 billion acquisition of tiktok. The New York Times quoted a source as saying that the deal with Microsoft would value tiktok's business outside China at $80 billion.

Microsoft and TikTok declined to comment CNBC they contacted. 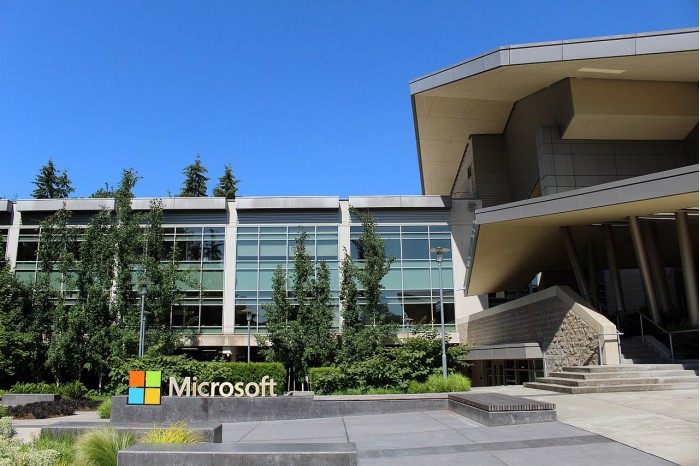 Related news
TikTok America sell Google?
Is it necessary for the United States to kill tiktok?
Banning tiktok will aggravate the monopoly pattern of American science and technology enterprises
American youth: saving tiktok
Us tiktok network red switch to other platforms, but there is no perfect substitute
Why does Microsoft have to buy tiktok?
Copycat: taking tiktok Facebook seriously
Oracle wants to buy TikTok but it's hard to say
Tiktok acquisition war upgrade with company running Microsoft 5 resources directly crush Oracle
Do not sell! Tiktok holds hands with Oracle to reach cooperation agreement
Hot news this week
Zhao Lijian responded to the British "blocking" Huawei: generalizing the concept of national security harms others and harms themselves
Zhao lijian said the UK's decision to block Huawei under PRESSURE from the US was damaging others and not benefiting itself
ByteDance invested in Sequencing Technology, which is an AI industrial SaaS software service provider
It's hard to escape the monopoly sanctions American court dismissed Facebook against FTC counterattack
Former search president of Baidu xiang Hailong joins Transsion The company that sells mobile phones wants to do more Internet
Involving the "three crimes" such as the misappropriation of loan funds, the Shaoxing branch of Guangfa Bank was fined 1.1 million yuan
Foxconn announced that it had resumed production in India: only 120 workers had been brought back to work for the first batch
AsiaInfo Technology Announces Acquisition of iResearch Consulting to continue to increase digital operations and digital and intelligent transformation
30-year veteran Gregory Bryant says goodbye to Intel
After the suspension storm, Amazon's Chinese sellers increased by double digits, and sales exceeded $50 million.
The most popular news this week
Airlines cancel US flights: Reason for frustration
The pinnacle of Xiaomi industrial design! Xiaomi god machine price reduction: from 2499 yuan
Scissor doors, lifting lidar! Baidu car under the blood cost of the concept car details were first exposed
Premium 45.3% Microsoft Guarantened 68.7 billion US dollars to acquire moving flights PK Faces compete for content production faucet
Phil Spencer, CEO of Microsoft's Gaming Business: Welcome to Activision Blizzard to the Microsoft gaming family
Microsoft announces acquisition of Activision Blizzard on hot search! Netizens sighed: 400 billion cash transactions
Half a billion! Pay treasure collect five blessing to come: exceed 50 thousand people collect qi have you
Snapdragon 888 Plus Is the King of Sex! The best selling mobile phones at the 2000 price point were announced
Microsoft 68.7 billion US dollars acquired moving Blizzard: will become the third big game company in the world!
Apple releases AirPods 3 firmware: Version 4C170