According to foreign media reports, Amazon really wants consumers to buy more from its grocery stores. In fact, it has launched a series of new store models and services to attract food consumers, and now the company has launched a new model called Amazon fresh. It is reported that, Amazon Fresh is essentially a traditional supermarket, but it incorporates Amazon-centric features, such as Alexa as a shopping assistant and high-tech shopping carts. 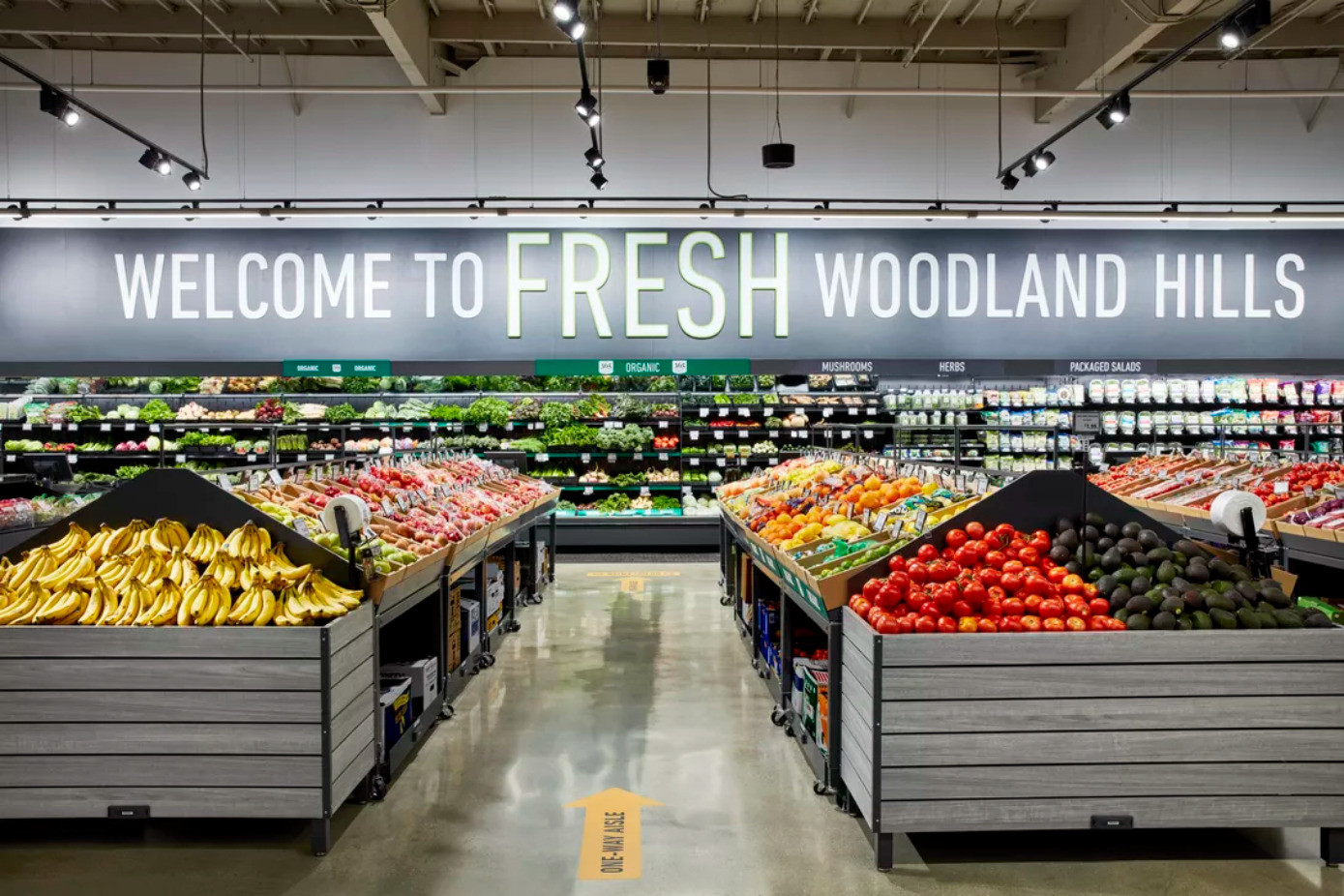 The online retail giant said its first Amazon fresh will open on Thursday in Woodland Hills, California, but only invitees will be able to access the shopping service. But it plans to be available to the public in a few weeks. The company announced plans to open the store in November, but did not publicly confirm its name until Thursday. Now it is developing five more stores in the Los Angeles and Chicago area.

The store will be branded with Amazon in several obvious ways. It will launch the dash cart, which will use a weight sensor and a camera to scan items placed in a consumer's cart so that consumers can skip the checkout line. Of course, the store also has a regular cash register.

"If I live nearby, I'll use it all the time, it just makes things easier," Jeff Helbling, vice president of Amazon's grocery business, said of the new shopping cart

The built-in echo show device allows consumers to ask about the location of certain items in Alexa. In addition, Amazon also has a service counter where consumers can collect goods purchased in Amazon's online mall, where they can complete returns.

Amazon fresh's new 35000 square foot store will be part of the e-retailer's growing range of digital and physical grocery products, which the company hopes to expand in the more than $1 trillion U.S. grocery market. This will help Amazon maintain revenue growth, build loyalty with customers who buy food every week, and increase its influence in the retail sector. In addition, the work will help Amazon compete with Wal Mart. Wal Mart, by far the largest grocer in the United States, is rapidly eroding Amazon's e-commerce presence.

Amazon is still a much smaller grocery operator than Wal Mart and Kroger, but analysts expect it to grow rapidly, and Amazon fresh is sure to help. 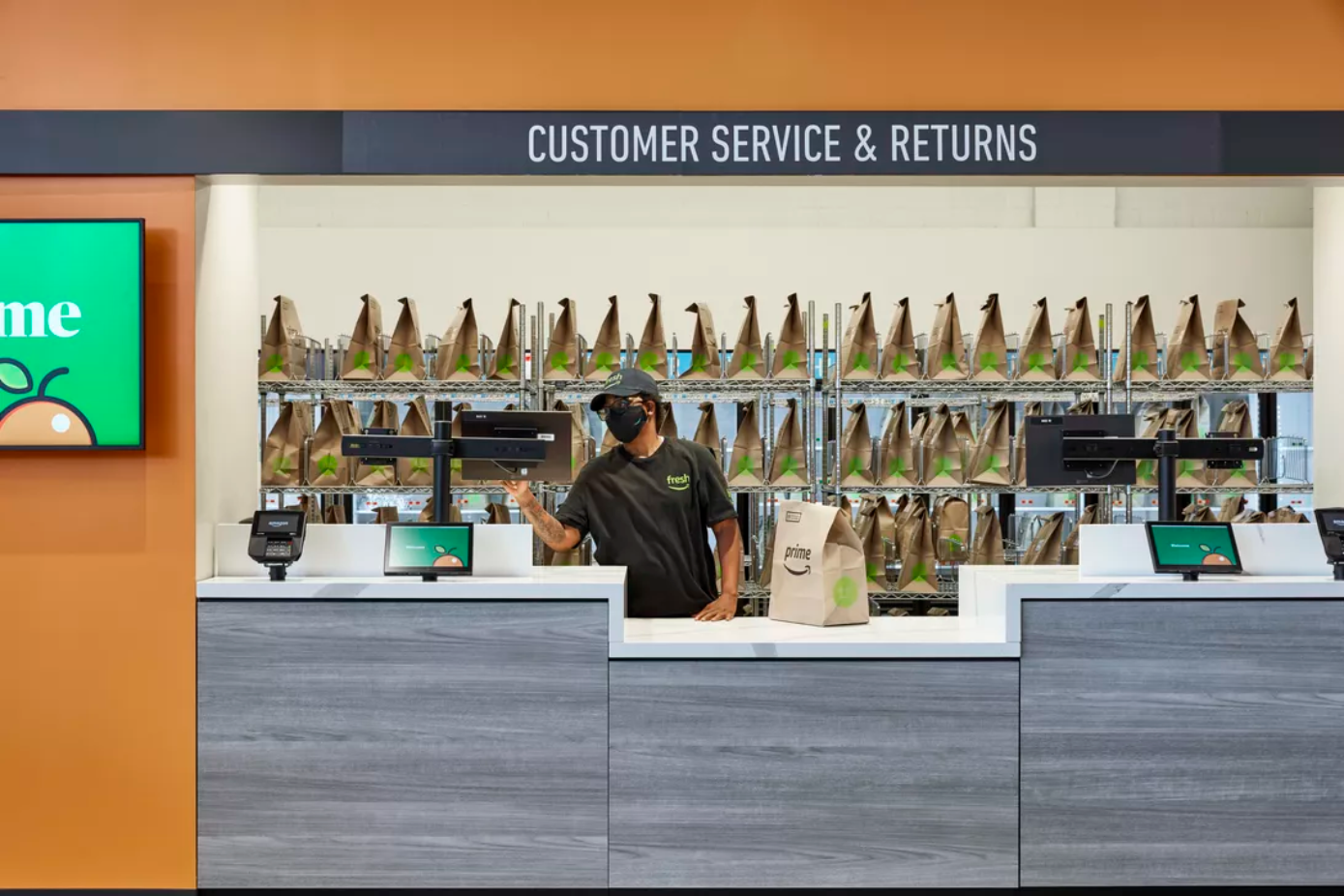 Hellling said he expected Amazon fresh and whole foods to complement each other, which would provide a high-end experience with more featured products, while Amazon fresh would become a more mainstream national brand. He said Amazon is quite satisfied with the performance of whole food and the company will continue to invest in the brand.

There will be no discounts from Amazon Prime members, but Helbling said the store would offer free same day delivery and pick-up services for prime members, and regular low-cost discounts on items such as Quaker Oatmeal and whole chicken.

After whole foods, the store will follow its new coronavirus safety rules, requiring employees to take daily temperature checks and requiring all customers and employees to wear masks.

Although Amazon won't let so many customers into its Amazon fresh, it already uses several of them as distribution centers for online orders.

From the pictures provided by Amazon, apart from these high-tech products, the store looks like a traditional supermarket. Hellling said he believed his company had done enough to attract customers out of their regular grocery stores, and said Amazon was focused on important factors such as price, convenience and food choices.

Andrew lipsman, a retail analyst at emarketer, agrees. He said many regional grocery stores had not been rebuilt for years, so if a new store had a name like Amazon on the front, local consumers would be attracted there. He added that novelty such as dash cart should also ensure that the store has a lot of initial demand, especially from Amazon's potential target group of young shoppers, who are more willing to try new places.

Lipsman added that even if these stores don't make money for years, Amazon can benefit from it because it can extract valuable consumer shopping data for its website and advertising business,