You Zheng, vice president of Tsinghua University: the Internet is in a critical period of switching from IPv4 to IPv6

In order to accelerate the scale deployment of the next generation Internet based on Internet Protocol version 6 (IPv6), promote the popularization of IPv6 application, and promote the coordinated development of IPv6 technology, industry, network and application, the Expert Committee on promoting IPv6 scale deployment held "2020 (the third) China IPv6 Development Forum" in Beijing on August 28, 2020. 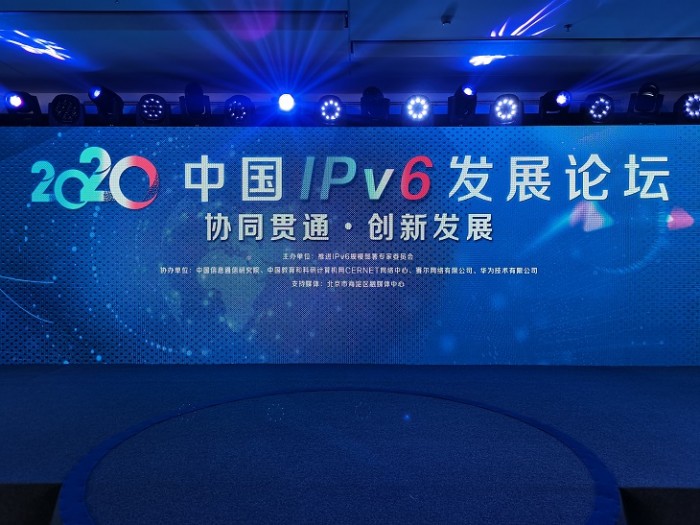 You Zheng said that over the past 20 years, it has cultivated a large number of young backbone, doctors and masters, and has become a training base for China's Internet high-end talents. At the same time, it has formed a core technology system of the next generation Internet with 23 international standards, such as the real source address authentication two-generation network transition technology. At the same time, Tsinghua University, together with domestic universities, has carried out IPv6 application demonstration project, established the Joint Laboratory of next generation Internet technology and its application with China Telecom, and carried out large-scale application and industrialization research, which has had an important impact at home and abroad.

You Zheng pointed out that at present, the world's Internet is in the critical period of switching from IPv4 to IPv6, which is also a golden opportunity for Internet technology innovation. Chinese governments at all levels attach great importance to the development of IPv6 next generation Internet technology. With the support of relevant departments in Beijing and Haidian District, Qinghua University and cel Network Co., Ltd. jointly built the next generation Internet and major application technology innovation park To promote the innovation and leapfrog development of China's Internet and its application from the perspective of optimizing industrial institutions, and enhance China's core competence in this field, so as to gain advantages in the new round of international Internet competition.

Related news
Global IPv4 address exhaustion IPv6 new system is forming
Transition to next generation Internet: report card of IPv6
$300 million "father of the japanese internet" sells 14 million IPv4 addresses
You Zheng, vice president of Tsinghua University: the Internet is in a critical period of switching from IPv4 to IPv6
Surpassing the U.S., China's IPv6 address is back to No.1 in the world
2021 China IPv6 Innovation and Development Conference CyberSecurity Forum was successfully held
Ministry of Industry and Information Technology: China's IPv6 fully completed into a new era
Hot news this week
Titanium Media Publish Assesum: People's Bank: Digital RMB Winter Olympics pilot has entered the sprint phase; Tesla announced that 250,000 Powerwall energy storage power stations have been installed
Close to the apple millet, two weeks of consecutive weeks, China Smartphone second: 3 years, the world's first
Alibaba and Tencent have received more than half of the 43 antitrust fines, and lawyers say the penalties are likely to increase
Study on the sequelae of COVID-19 in the Chinese team: Shortness of breath, depression and other problems still existed nearly one year after discharge
Capital does not love SAIC, "flying" subsidiary, Jet Hydrogen Technology intends to go to science and technology board
Huawei redefines one of the three major communication networks of the underground communication network
Tencent responded to "APP to get ridiculous": Upgrade APP is now downloaded for user rights protection
Gree announced the implementation of the double-holiday work system Dong Mingzhu from the media voice netizen God reply
The approval of Sensetime's IPO gives the metasurverse concept another ride
Netease Cloud Music will soon be listed on the back of 200 million monthly live users how to make money
The most popular news this week
Huawei Heavy Machinery is re-incorporated! Generators except logo exactly
Samsung PCIe 4.0 hard drive upgrade: more heat sinks fully support PS5
New crown latest variament has emerged in early November: New York, USA has a bad feeling
Black Friday us stores face embarrassing situation! Got stuck in the neck
Vehicle positioning signal weak puzzle! To be completely solved by Huawei
Apple resumed sales of the iPhone and iPad in the country after an emergency removal, with prices rising by 25%
In the first 10 months of the year, China's software business revenue increased 19.2%
Guangming Daily: Bid farewell to disorderly competition, platform economic development to tighten the bottom line
Can WeChat transfer borrowed money?
Sources say Huawei has begun mass production of a generation of foldable phone price surprise