Why is the RTX 3080 graphics card only equipped with 10GB memory? NVIDIA: don't want to raise prices

Among the three RTX 30 series video cards released in the early morning of yesterday, the RTX 3090 is directly equipped with 24GB of memory, but the RTX 3080 graphics card has only 10GB of memory, and the gap is very large.

The output interface is equipped with three HDMI 2.1 and one DisplayPort 1.4, which supports four screen output. 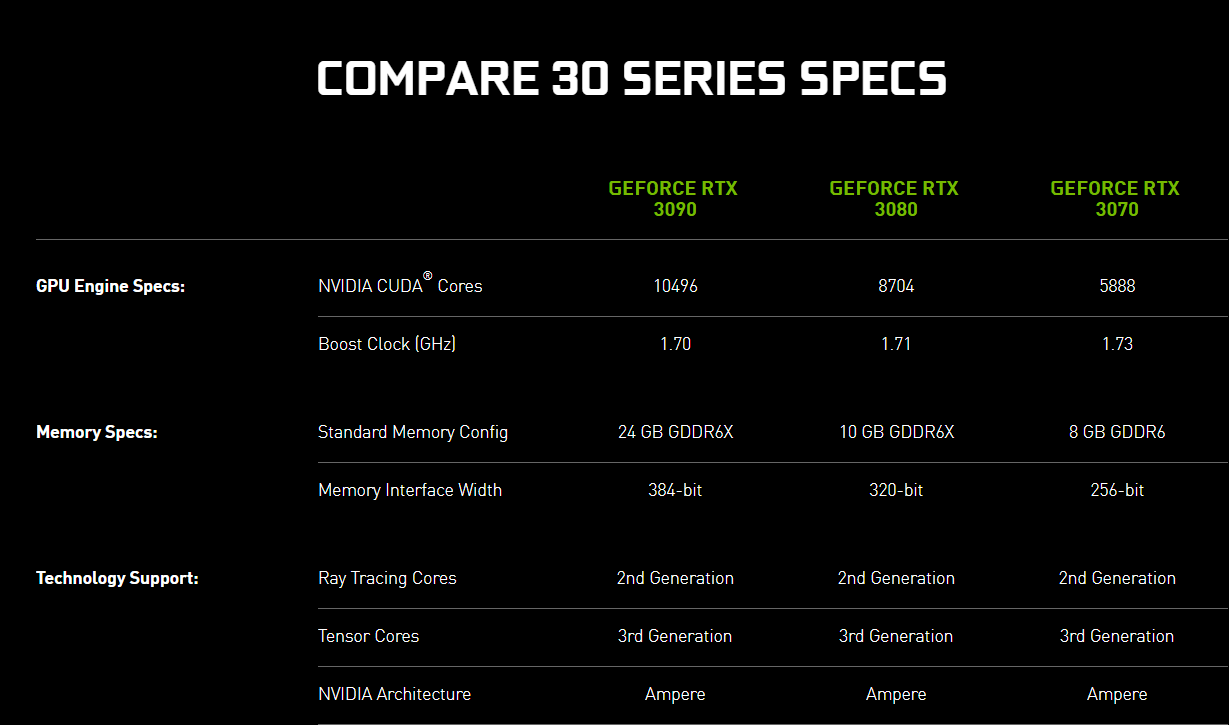 In the overall specification of RTX 3080, other aspects are very good and powerful, but the video memory capacity has caused many players' dissatisfaction, because it involves the problem of how to look at RTX 3080 positioning.

On the surface, it replaces the RTX 2080 graphics card, which costs $699 and is equipped with 8GB gddr6 video memory,RTX 3080 this time or conscience upgrade, do not increase the price also more 2GB memory.

On this issue,NVIDIA's representative gave a brief explanation on reddit. The reason why 10GB video memory is equipped is that they don't want to increase the price

This explanation is quite reasonable. However, from 10GB to 24GB, we all know that there will be products to fill the gap in the future. A new card of 16GB or 20GB will be introduced.