Today, an "editorial expression of concern" by science has shocked Chinese academic circles.The team of Southeast University and China University of Geosciences (Wuhan) has been on the research of science before. After being reported and suspected of academic misconduct, many pictures of the article are highly similar to those published previously, and now science officials are responding. 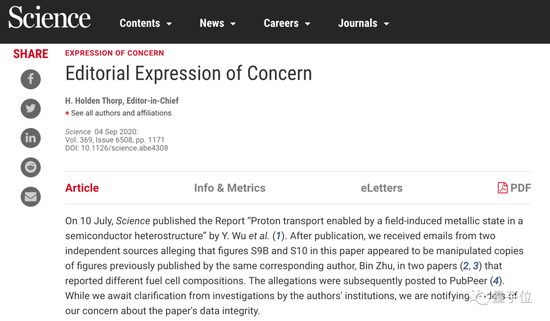 However, "editorial expression of concern" is not a trivial matter.

INature, the official account, said: "based on past experience,"The withdrawal rate is almost 100%, hardly any accident”！

Once the manuscript is withdrawn, it isScience articles withdrawn for the first time in China。

According to the information on pubpeer, a "scientific research anti counterfeiting website", the questioner is Elizabeth bik, a well-known "professional questioner" in academic circles. Previously, he also questioned the problem of "improper copying" of experimental pictures in many papers of Nankai University by Cao Xuetao.

Elizabeth bik has questioned more than 400 scientific papers in China in the past three years. 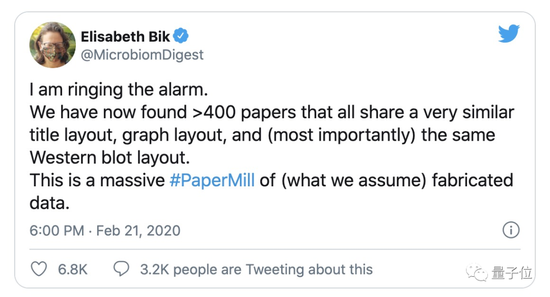 Earlier, on July 22, 2020, Xing Lida of China University of Geosciences and others voluntarily withdrew the article on nature. Inature said at that time that this was the first time that Chinese scholars (with Chinese units as communication units) withdrew their articles from nature since the founding of China.

This time, what kind of research did Southeast University and China University of Geosciences (Wuhan) team question? What is the problem?

Why was it reported? What is the basis?

The study was published in science on July 10, but it was questioned on pubpeer just a month later.

The question lies in the following: many pictures and articles published by the authorHighly similar。

The first figure is figure S10 in the paper, which is found by readers to be very similar to figure 8b in the paper "enhanced ionic conductivity of yttria stabilized ZrO2 with natural CUFE oxide mineral heterogeneous composite for low temperature solid oxide fuel cells" published by Rong Xu et al. In 2017.

The red boxes in the above image are areas that look similar. The questioner asked, these two pictures are not about the same combination, should they show the same structure?

In the second comparison chart below, figure s9b is highly similar to figure 8 of the paper "the composite electricity with an insulation Sm2O3 and semiconductor NiO for advanced fuel cells" published in 2018.

By contrast, it is not difficult to see that s9b has an extra "430 ℃" curve, while the other curves in the table look very similar. 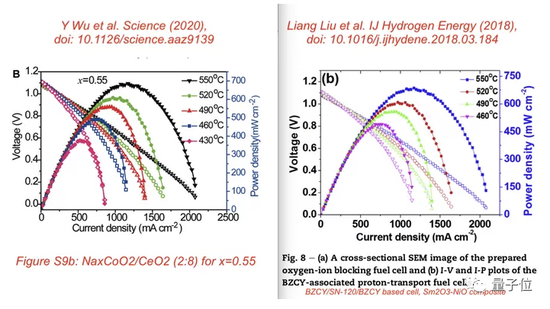 Netizens also overlapped the two pictures and compared them. First, the x-axis overlaps 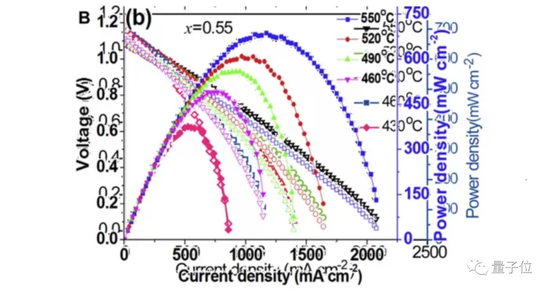 Next, the y-axis overlaps 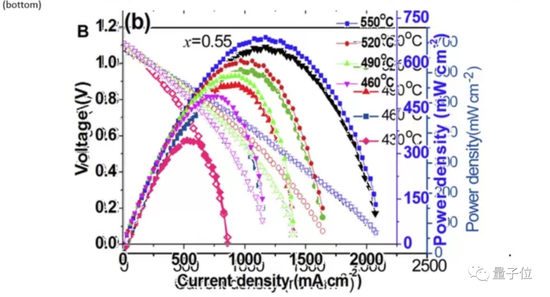 In the words of pubpeer users——Perfect overlap。

The full name of this paper, which is focused on by science, is "proton transport enabled by a field induced metallic state in a semiconductor heterojunction".

The research topic of this paper belongs to the field of fuel cell. According to the relevant reports on the abstracts of the paper and the official website of Southeast University (Wuhan), this research proposed theMethods to improve the ionic conductivity of electrolyte, and completed the development of a high ionic conductivity electrolyte。

In the report of DIU news network, this paper describes the research of this option as follows:

In the past, low valence cations were used to replace high valence cations, such as doping trivalent iridium ions to replace tetravalent zirconium ions, so as to produce oxygen vacancies and improve the conductivity of oxygen ions.

However, the structure doping method has not effectively solved the century challenge of fuel cell electrolyte, which has hindered the commercialization process of fuel cell to a large extent.

It is another important original research achievement in the field of energy.

In fact, a month ago, when this paper was published in science, the Southeast University where Professor Zhu bin works, and China University of Geosciences (Wuhan), where Associate Professor Wu Yan works, published the news with the titles of "major breakthrough" and "original".

According to the official reports of the two universities, the research was supported by the National Natural Science Foundation of China, China University of Geosciences (Wuhan) and the high-level talent introduction program of Southeast University. 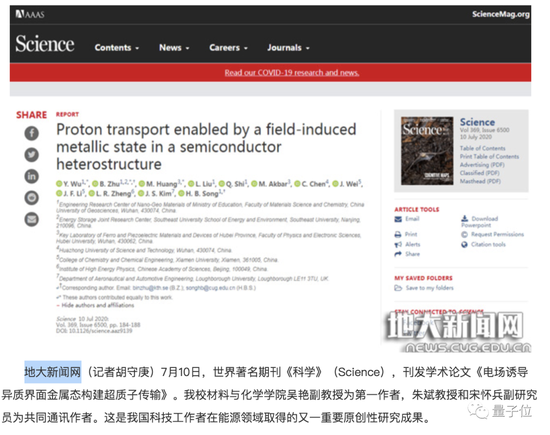 Just a month after the reports from both schools, on August 10, 2020, the article was questioned for academic misconduct. At the same time, science magazine also received e-mails from two independent sources, both of which questioned the paper.

On September 4, science released the latest statement, disclosing the specific information to readers, and waiting for the investigation and clarification of the author's institution.

At present, the school of energy and environment of Southeast University and Zhu Bin's team have not responded to the incident.

Related news
Chinese scientists protest against the scientific research environment in the United States. "Poisonous," Nature and Science speak out!
Science Cover Weight: MIT to build artificial muscle fiber, programmable!
Science: How the brain encodes visual information about color and shape
Chinese scientists Science > they want to answer Einstein's questions.
Science responds to "counterfeiting" of China's fuel cell research
The Chinese academic community was withdrawn by science for the first time, and the team claimed that the data was misused due to poor communication of the epidemic situation
1.96 billion years ago, there is still a magma activity "science" published in the first research results of the first research results of the No. 5 moon sample.
Hot news this week
Announced real-fired people to change the news for four days, the chairman of Tianzhong semen was resigned for personal reasons.
Bank of East Asia (BEA) was fined 16.74 million yuan ($16.74 million) by the Shanghai branch of the People's Bank of China for illegal information collection
After the comprehensive suspension of "nurturance class" network comprehensive and indulgent drama, the audience deserves better
The drill bit of nasa's Perseverance rover was stuck with rubble and could not take samples for the time being
Chinese scientists have discovered a strategy for treating COVID-19: using particles to bind to the virus
Why do you want to take a red wine before going to! Shake a shake & quot; wine glass? After reading the line
Former search president of Baidu xiang Hailong joins Transsion The company that sells mobile phones wants to do more Internet
ByteDance invested in Sequencing Technology, which is an AI industrial SaaS software service provider
2021 Global Patent List Released: Huawei ranked fourth in the top five in the world in the United States
It's hard to escape the monopoly sanctions American court dismissed Facebook against FTC counterattack
The most popular news this week
In 2021, public security organs cracked down on more than 6,000 illegal payment and settlement gangs in 134 problematic games
People's Daily: Promoting Express Packaging "Green Revolution"
Ali health online the first domestic helicobacter pylori self-testing product "you tube", 10 minutes out of the results
Xiaomi Youpin Youyu announced the termination of operations
JP GAMES and Alibaba Cloud reached a cooperation to develop a metaversic solution based on the cloud
The camera is lost to the mobile phone Japan Canon close Zhuhai factory: small part parts are still working
Baidu announced connectivity with more than a dozen companies, including Meituan and Xiaohongshu
Xiaomi's mobile communication brand upgrade to achieve online self-service business
Jing Jia micro: JM5400, JM7200, JM9 series graphic processing chip successfully achieved industrialization
People's Daily: Let online literature better express contemporary China