It was reported on September 5 that Wang Gaofei, CEO of microblog, showed Xiaomi 10 supreme commemorative version. 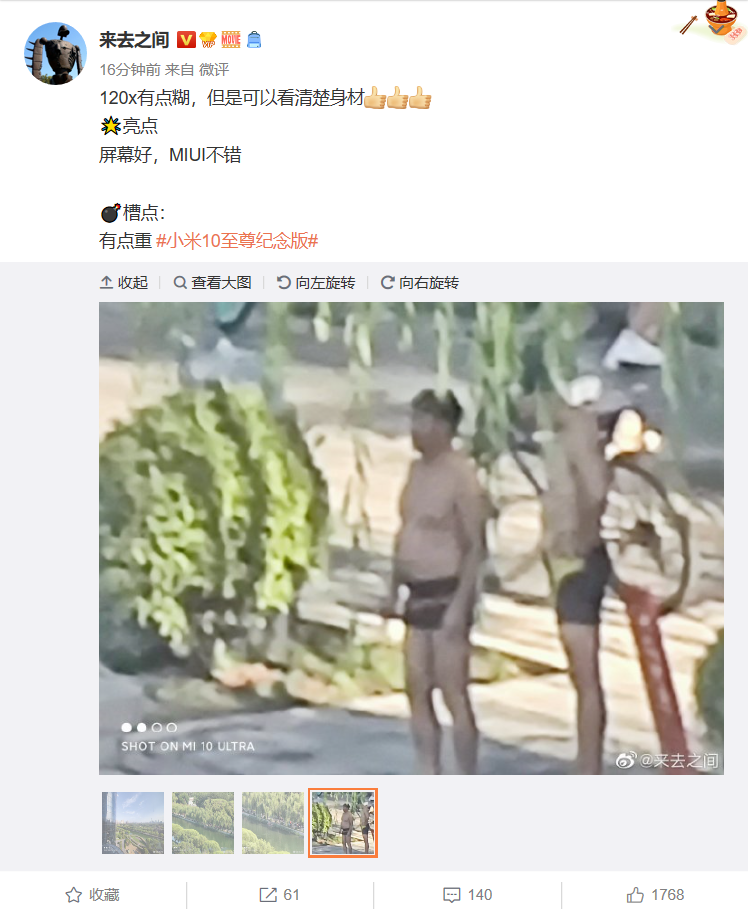 DxOMark commented that Xiaomi 10's commemorative edition is worthy of being the new champion in the ranking list. Its performance in wide angle and zoom is particularly impressive. It is an ideal choice for those who want to use the maximum zoom range without affecting the image quality.

The starting price of the machine is 5299 yuan.