Recently, the influential U.S. consumer report has obtained a hot-selling model 3 for measurement.

"Consumer report" concluded that Tesla in the official website and publicity, markedFully automatic drivingthe name falls short of the reality.

Why does consumer report come to such a conclusion?

Not so smart FSD

Let's talk about the conclusion first, then the test method.

The FSD system tested is the latest updated 2020.24.6.4 software and hardware 3 hardware.

The current Tesla cruise module consists of two main phases of the cruise module, one of which is automatic lane keeping. These two basic capabilities have achieved mass production standard configuration.

When the owner drives into the parking lot, Tesla will search for the right parking space through the camera and display it on the screen

However, Tesla's play is very unstable.

For example, the system from time to time will ignore the appropriate parking space, and the identification of parking space is completely controlled by the program, without the intervention of legal person.

And the system has been determined and used

In addition, a big, small problem is that Tesla parking is always wrong, foreign countries

The use scenario of this function is to deal with the extremely narrow parking space. The car owner controls the driving of the car with his mobile phone within a certain distance, so as to avoid crowding up and down in the narrow space. 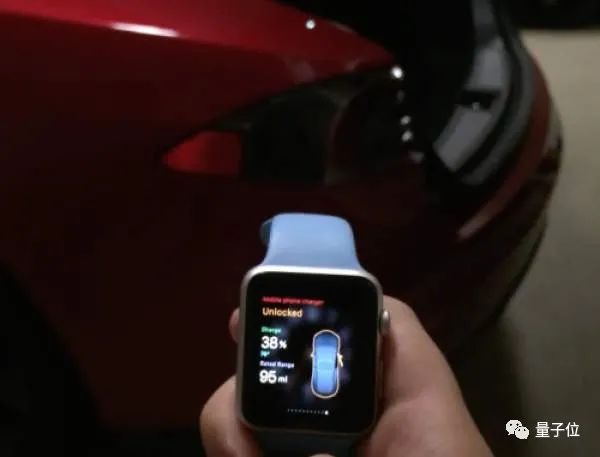 However, in the test results, Tesla will not be able to judge the narrow parking space. Only when half of the body enters the parking space, Tesla will default to complete the action, which needs to be corrected manually.

And the Model 3's manuals are smart

Vehicle call is a more advanced function than remote control. The vehicle can come out of the parking to find the owner.

But the consumer report test still found a lot of problems.

In the process of moving, the system cannot identifyInterior signs of parking lotThey turn a blind eye to the parking and no traffic signs, which increases the accident risk.

At the same time, autopilot also has the problem of inaccurate control. For example, if the turning radius is too large, it will stop again when it is about to collide with other vehicles, and then reverse and adjust.

During the test, there was also a more serious problem. The vehicle stopped directly on the uphill road. It is not clear whether this problem is an example or the common situation of Tesla automatic driving.

This feature actively guides your car from on ramp to off ramp on the freeway, including suggestions for lane change, automatic turn signal, and identification of the correct exit.

But the problem still cannot be ignored. For example, occasionally, there will be missed exits, and there will be vehicles driving in the overtaking lane for a long time after changing lanes.

But more serious and there is a potential safety hazard is that this function of the vehicle also suddenly shut down the offline situation.

This is the latest addition to the fully automatic driving capability package, which is used in conjunction with adaptive cruise control and lane keeping assist.

If the intersection is clear, the driver can gently step on the accelerator pedal or pull down the gear selector to keep the car going.

The test found that Tesla occasionally brakes too far away from the stop sign, causing the driver to step on the accelerator pedal or shift gears several times to drive to the stop sign. 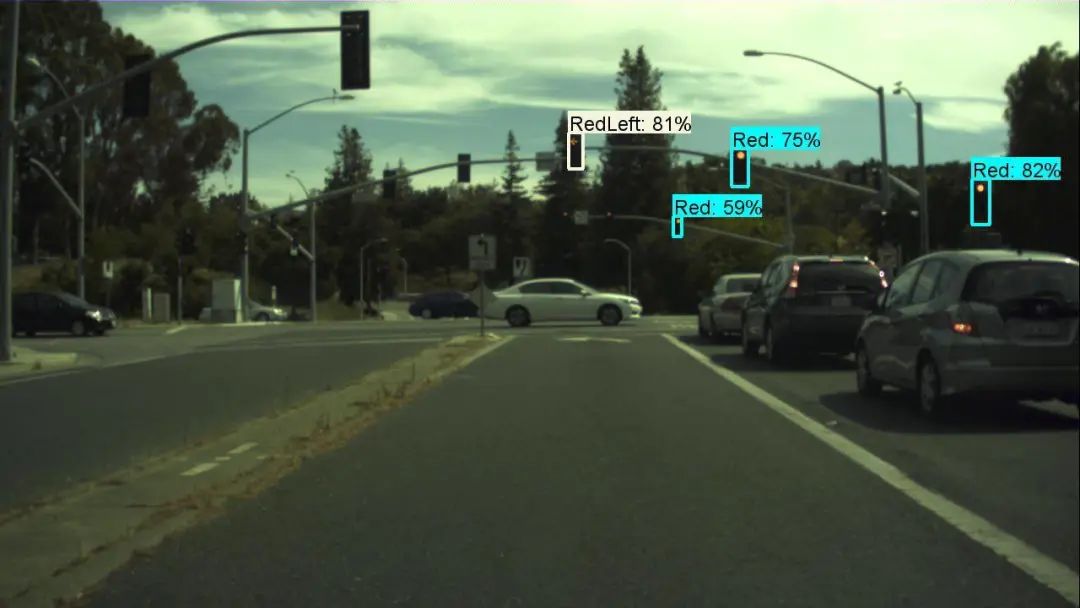 In some cases, the system can't recognize the stop sign at all, forcing testers to step on the brakes to avoid driving directly past the lights.

The system also has problems navigating around the island, stopping at each exit when it makes a detour. The system will also slam on the brakes when approaching the yield sign, even if the merging is obvious.

Of course, testing is not all shortcomings. For example, the automatic lane change function performs well in the test, and there is no disturbing situation.

Even so, consumer reports reminds car owners that, in most cases, Tesla requires the driver's attention to avoid completely letting go of the system.

Tesla owners do not approve

So, we come to the conclusion that Tesla is totally automatic driving, which is not worthy of the name and is hard to trust. Do Tesla users agree?

On twitter, most of the users in the comments below the report support Tesla.

They believe that Tesla's autopilot certainly has shortcomings, but it is already the best in the market. 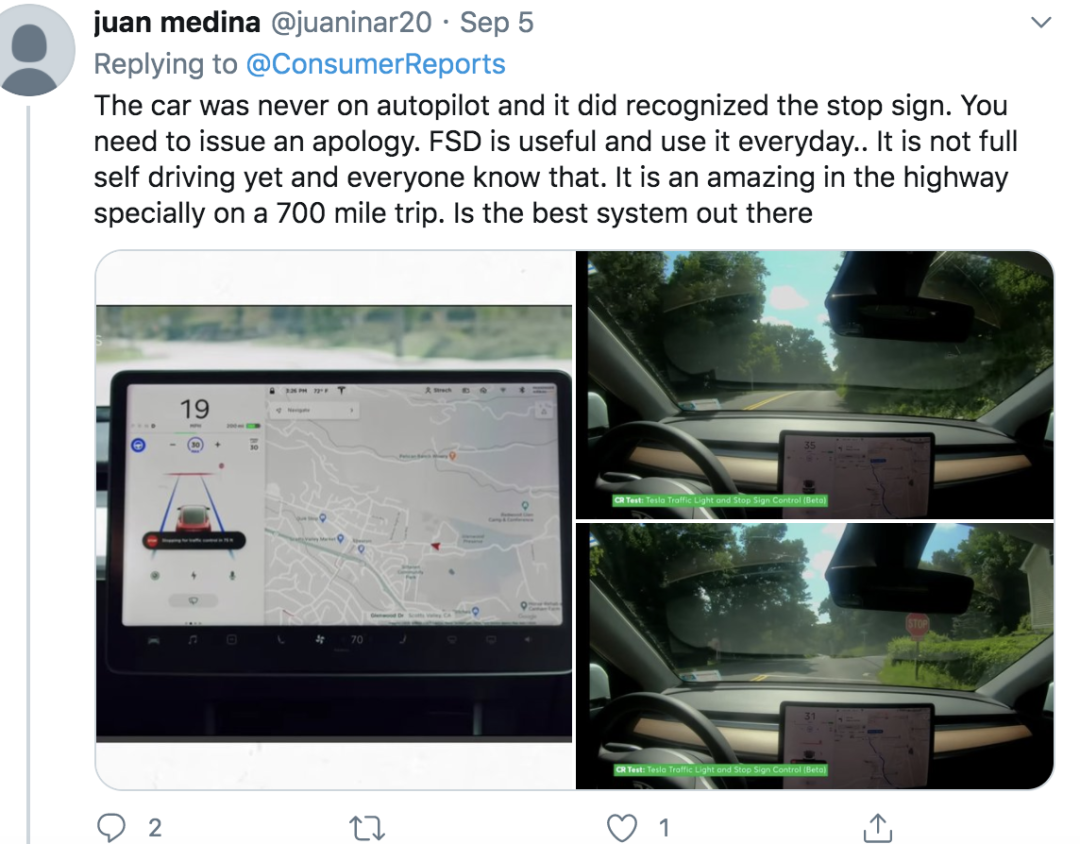 In practical use, autopilot really helps owners to reduce a lot of burden.

Moreover, the mind a little bit of understanding, also clea

From this point of view, Tesla FSD that 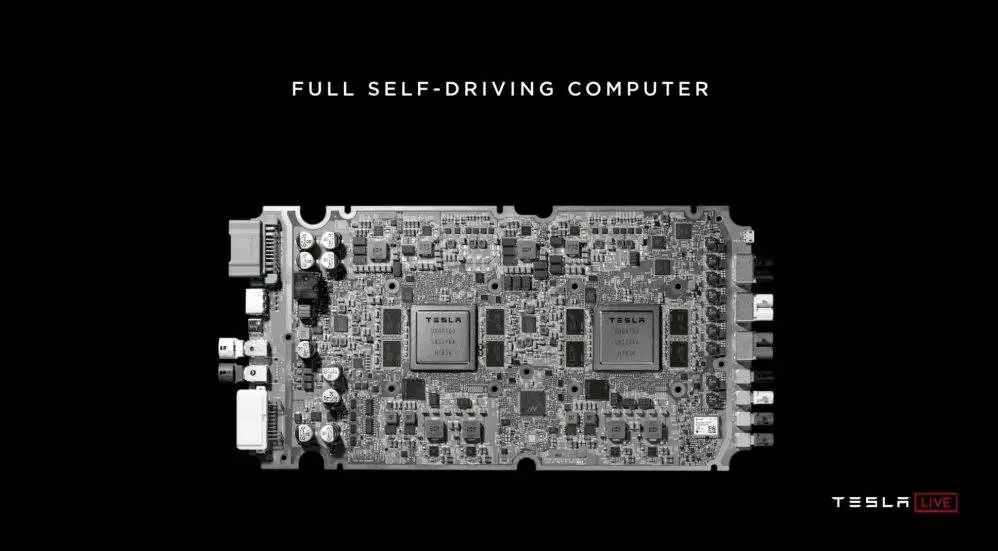 In fact, Tesla's radical propaganda has been controversial, in the absence of autopilot at this stage, hype

In July, courts in Germany and South Korea banned Tesla from using such misleading propaganda techniques in their own markets.

Speaking of the U.S. consumer report, which did this test, has a love hate relationship with Tesla.

Consumer report is a magazine sponsored and published by Consumers Union, which has a long history and authority.

Since its establishment, the magazine has never been advertised. Consumers believe that the report does not look at the face of any enterprise and is trustworthy. 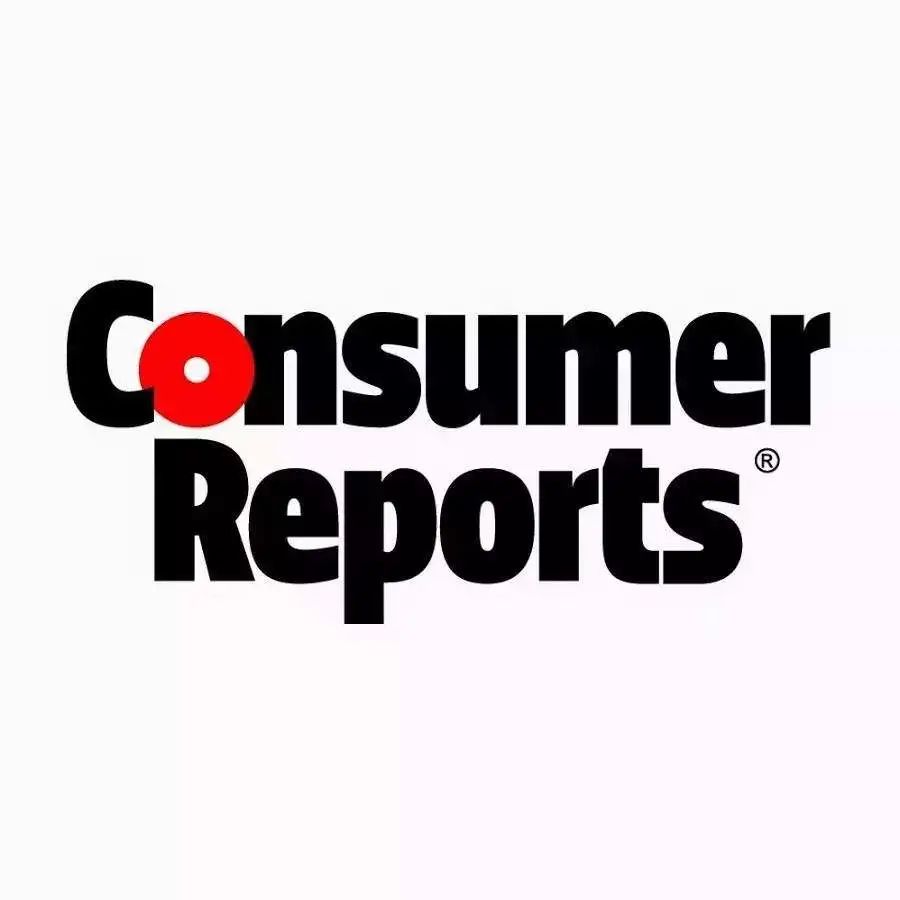 In fact, until 2016, it has been a honeymoon for Tesla and consumer reports.

In terms of safety and innovation, Tesla's model s has always been ranked first.

Tesla is also very supportive of this result, in the publicity of the Consumer report also praised.

The two families support each other with courtesy and harmony. 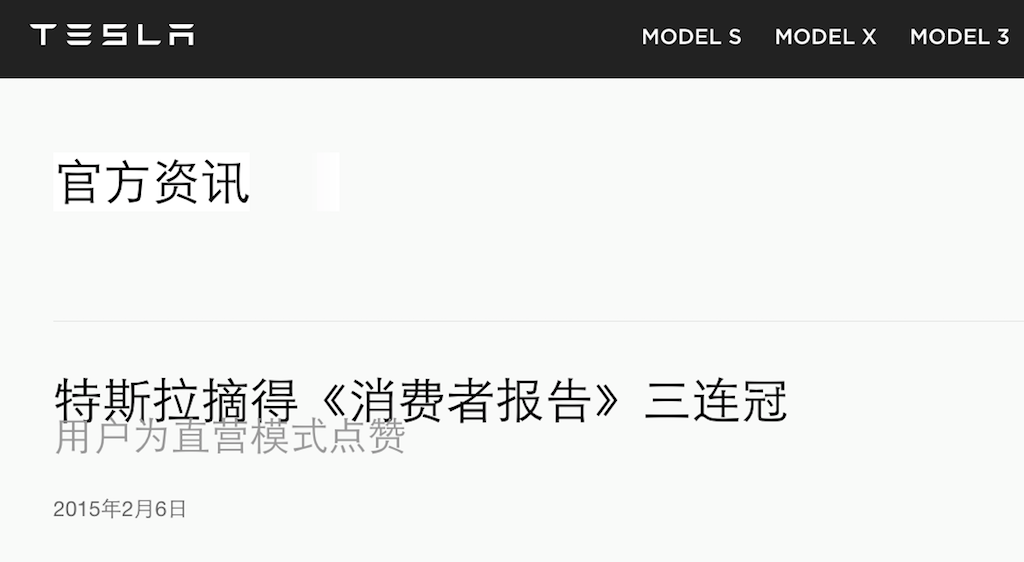 But from 2017, the report began to downgrade the Tesla evaluation year by year, Model X、Model 3 were listed as

Among them, model x also got the penultimate.

In this regard, Tesla once made a rude reply:

Consumer Reports' reliability ratings lag far behind reality, and their findings are published months after the survey.

For the consumer report's prediction rating of model 3 reliability, we should note that the agency has not yet tested model 3, let alone that they have no substantial understanding of model 3 design and manufacturing.

In addition, our data have proved time and again that consumer reports are always inaccurate and misleading to consumers.

However, so far on the Tesla website can also be found, Tesla Model S has been "Consumer report" in the security of 99 points, become the first in history.

Moreover, musk also forwarded the result at that time.