IPhone has been in China for ten years, from "luxury" to "arcade" 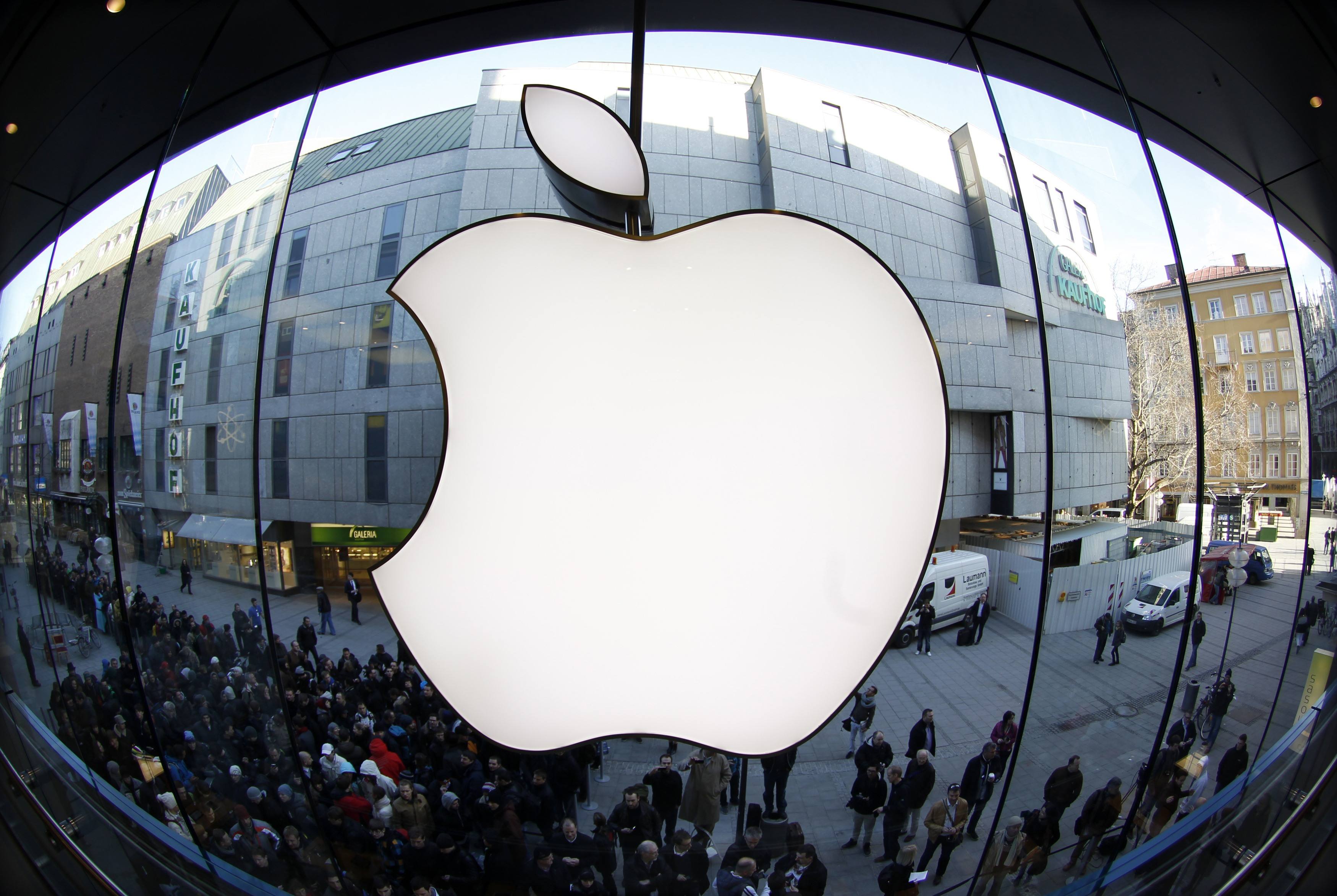 Statistics show that, as of the end of September 2018, the cumulative global sales of iPhones reached 2.2 billion.

Except for the first generation of iPhone, all Apple models launched so far have officially landed in the Chinese market, and have created a decade long sales myth from the iPhone 4 generation.

So, how did Apple Mobile start its journey to China? What is the development history of iPhone in China? Looking ahead, can Apple keep its share of China's mobile phone market?

In 3G era, iPhone is invited into China by operators

On June 29, 2007, the first generation of iPhones came into the market, with sales of 3.7 million units in that year. IPhone in the U.S. market set off a heat wave, also swept to China.

Through the parallel market, Chinese users can taste the iPhone for the first time. For telecom operators, a battle has begun around the iPhone's entry into China.

China Mobile was the first to contact Apple. As early as the second half of 2007, China Mobile and Apple launched formal contact on the introduction of the iPhone.

After that, Wang Jianzhou, then president of China Mobile, had many contact with jobs through telephone conference, and the negotiation team of China Mobile also had many face-to-face talks with cook, then Apple's coo.

However, until early 2009, there was no real progress between China Mobile and apple on the introduction of the iPhone. Apple also launched the iPhone 3G. With the launch of this 3G mobile phone in more countries and regions, the total sales of iPhone in 2008 fiscal year also hit the 10 million mark. 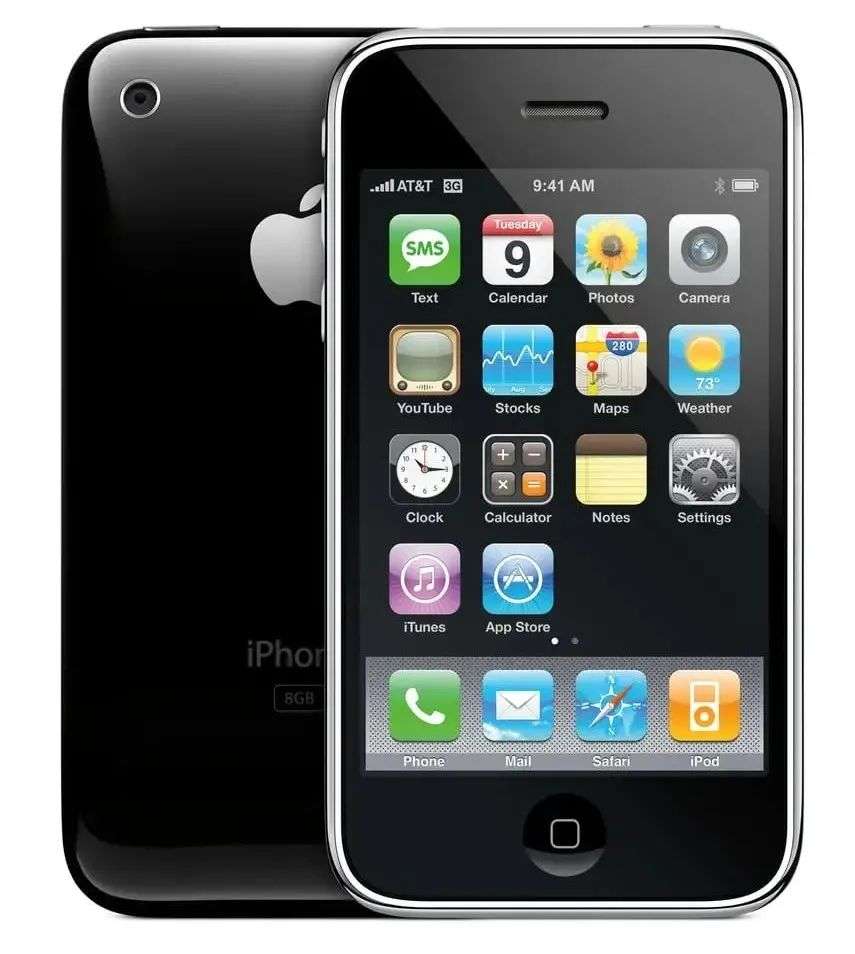 For China Mobile, which was still working on the construction of mobile content service channels at that time, Apple's statement was obviously a little difficult to accept. In 2008, China Mobile cooperated with Samsung to launch a deeply customized model i908e, which has a number of services provided by China Mobile, including mobile dreamnet, 139 email, Fetion, mobile securities, music listening, etc.

As there was no consensus on value-added service sharing and terminal subsidy, the negotiation between China Mobile and apple finally broke down, and China Unicom killed it.

In February 2009, a senior official of a telecom operator disclosed to the 21st century economic report that new Unicom had set up a negotiation group with Chairman Chang Xiaobing as the leader and the general managers of some business departments as its members to negotiate with apple on the introduction of iPhone, and it is expected to reach an agreement with apple under the condition of making great concessions.

At that time, there were more than one million parallel iPhones connected to the network of Chinese operators, which showed its strong attraction. Most of them were connected to China mobile network.

Facing the coming 3G era, the new Unicom, which was formed by the merger of the former China Unicom and the former China Netcom, intends to drive its 3G mobile phone strategy to achieve greater results by introducing the star model of iPhone.

Soon, on August 28, 2009, China Unicom announced the official introduction of the iPhone, which is scheduled to go on sale in the fourth quarter. On October 30, China Unicom launched the iPhone 3GS and iPhone 3G, marking the official landing of Apple's mobile phone in the mainland market. On the first sale day, the scene of fans queuing up to buy a new iPhone began to be staged in Chinese cities. 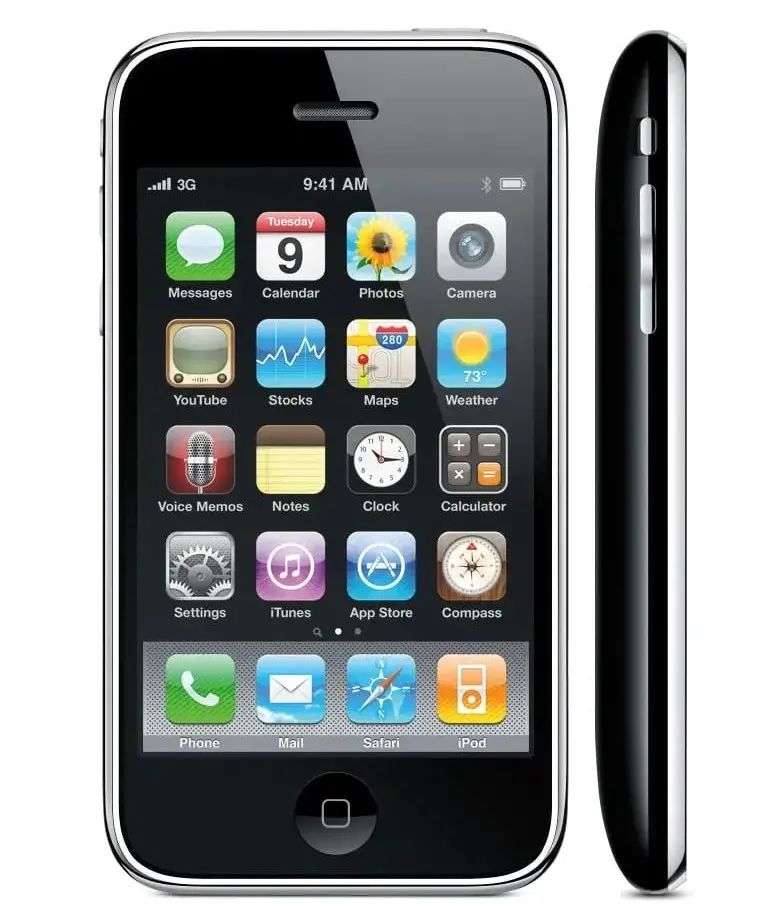 After that, China Unicom launched a fierce campaign to publicize the iPhone brand. In various billboards and major TV stations in large and medium-sized cities in China, there were a lot of advertisements about iPhone. At this point, more Chinese people began to understand and be familiar with the iPhone, apple and jobs.

With the continuous hot of iPhone 4 and its follow-up models in the Chinese market, the establishment of Apple's own sales channels in China (Apple online shopping mall, Apple store retail stores, Apple authorized dealers, etc.), and the rise of the third-party e-commerce platform, the Bank of China's iPhone We will step out of China Unicom's sales channels and operators' sales channels in an all-round way, and eventually form the diversified and widely covered sales channels of Apple mobile phones in China's online and offline markets.

It is worth mentioning that earlier generations of BOC iPhone did not achieve the global synchronous launch. However, since the iPhone 5S / 5C, the mainland of China has also joined the global first release list of Apple's new machine, which reflects cook's increasing attention to the Chinese market.

In 4G era, iPhone opens the journey of arcade in China

The 3G era is an era in which iPhones gradually gain a foothold in the mainland market of China, and it is also an era when Bank of China iPhones and parallel iPhones dance together. 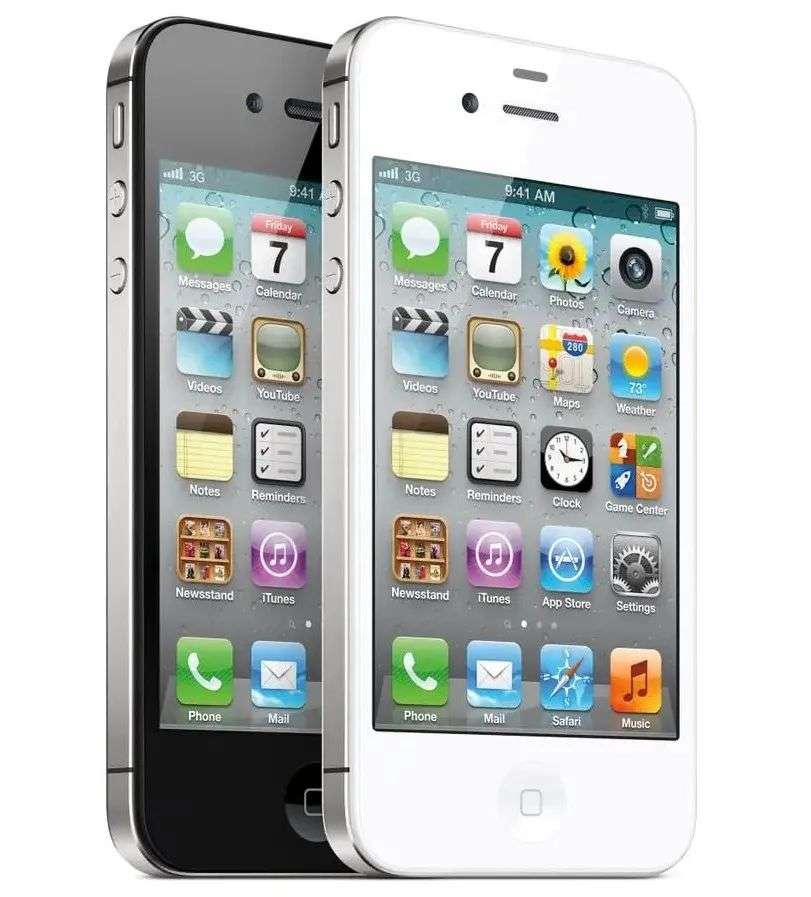 After entering the 4G era, iPhone has developed rapidly into an arcade in the Chinese market, and has become the best-selling model in China. In this process, the iPhone of the Bank of China also began the era of solo dance.

In 2015, Apple launched the iPhone 5S, Apple's first 4G phone. It is only when the large screen iPhone 6 series is on the stage that it can significantly stimulate the user's demand for replacement. 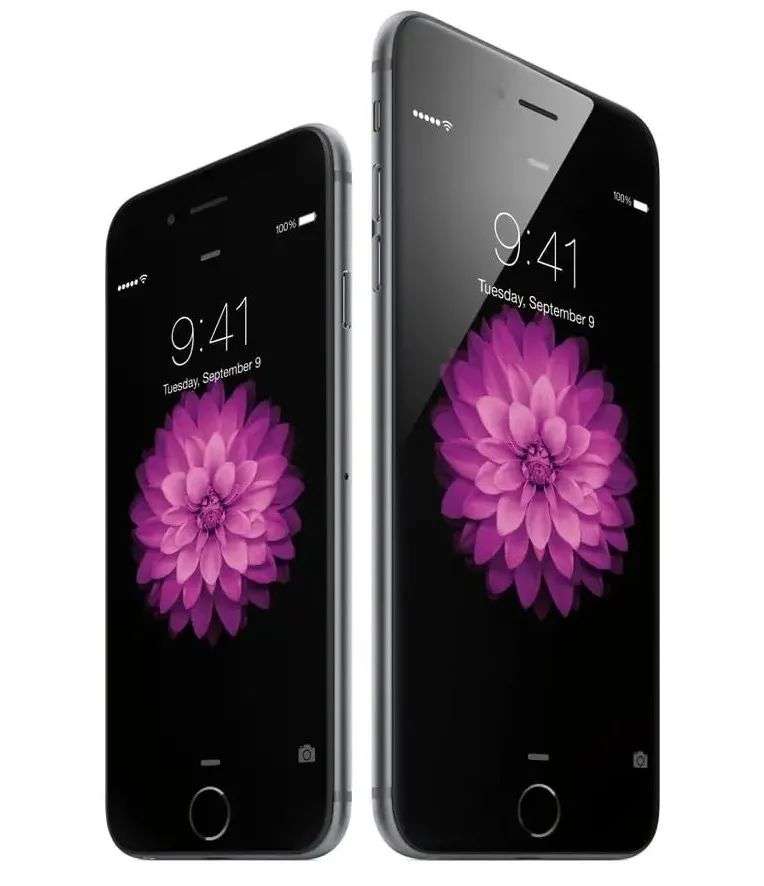 Thanks to the huge increase in screen size and corresponding appearance changes, users of old iPhones and Android models have launched an unprecedented wave of replacement, and set an unprecedented sales record for the iPhone 6 Series in China and the global market. 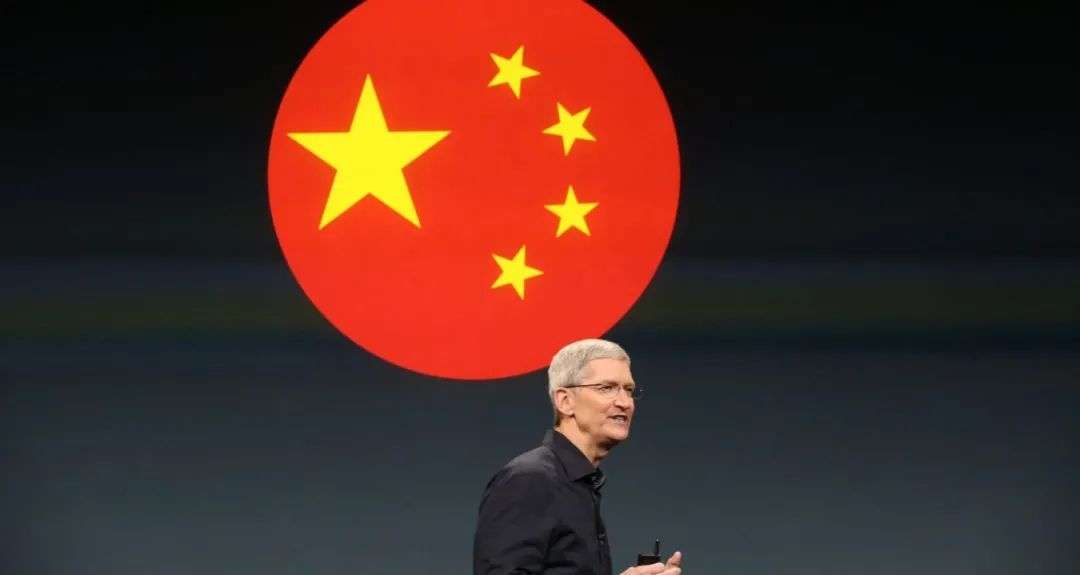 Whether it's the features specially customized for Chinese users on IOS system, or bringing dual cards and dual standby iPhones, or building the icloud Data Center for Chinese users in Guizhou, all of these reflect that apple in the cook era attaches great importance to Chinese users and the market.

With the sales of the iPhone 6 generation, China has become Apple's most important market outside the United States. Both hardware sales and associated application / service revenue have grown into Apple's Big Mac business in China.

In particular, the comprehensive improvement of content payment and legitimate awareness of Chinese users has made App Store China's app store full of money and spawned a large IOS developer group in China. 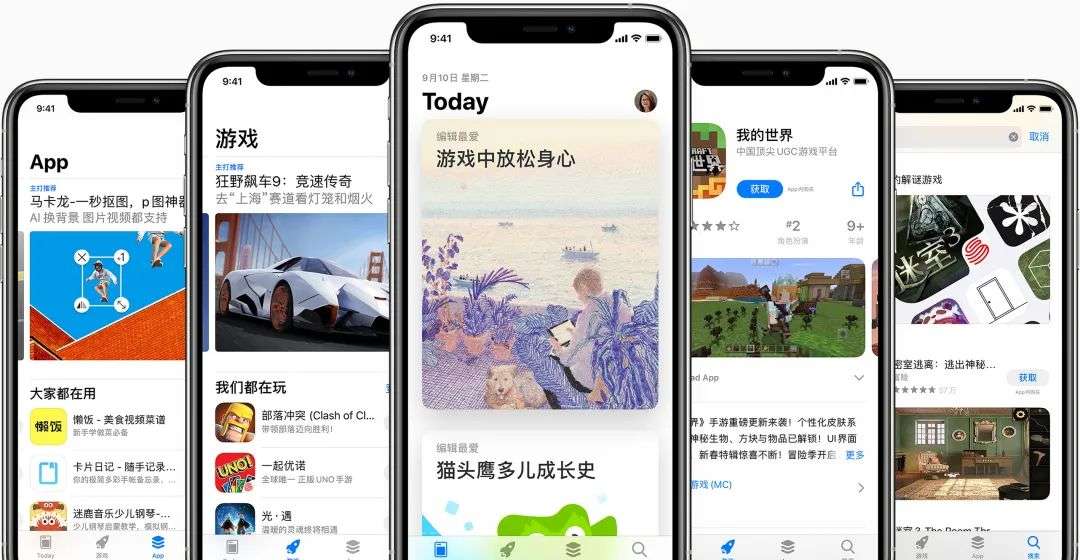 Can iPhone keep the Chinese market in 5g era?

From the appearance of the 3G / 3GS iPhone of BOC to the sales of the iPhone 6 generation, Apple's mobile phone in China has reached its peak.

However, after entering the era of full screen, apple intended to raise the overall price range of iPhone, and almost fell into a big crash.

In 2018, Apple launched the iPhone XR and iPhone XS series. The iPhone XR, which starts at 6499 yuan in the Chinese market, also makes the starting price of Apple's flagship new machine reach more than 6000 yuan for the first time. 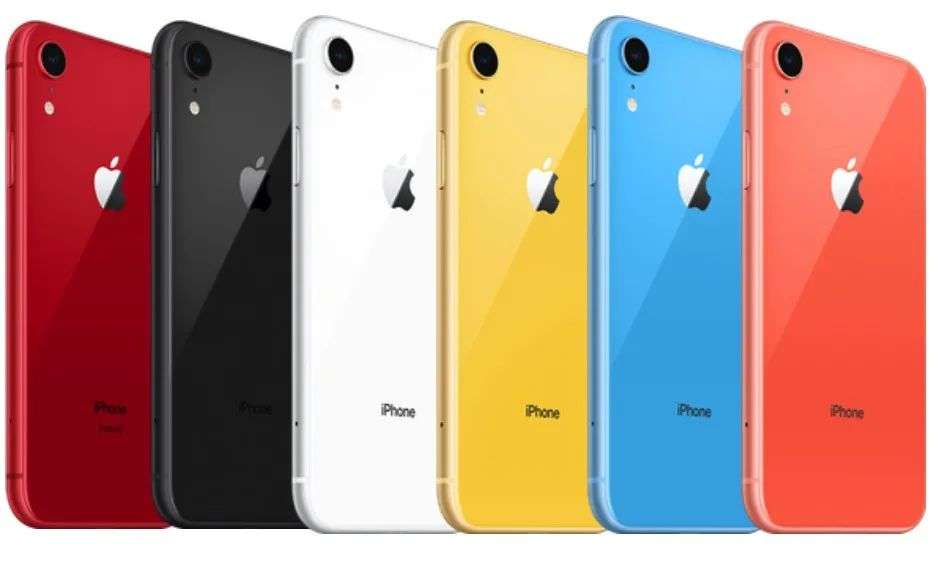 The effect brought about by the adjustment of pricing strategy soon appeared, and the iPhone 11 series achieved good sales performance in China and the global market. According to counterpoint, the iPhone 11 is the latest best seller in the Chinese market. 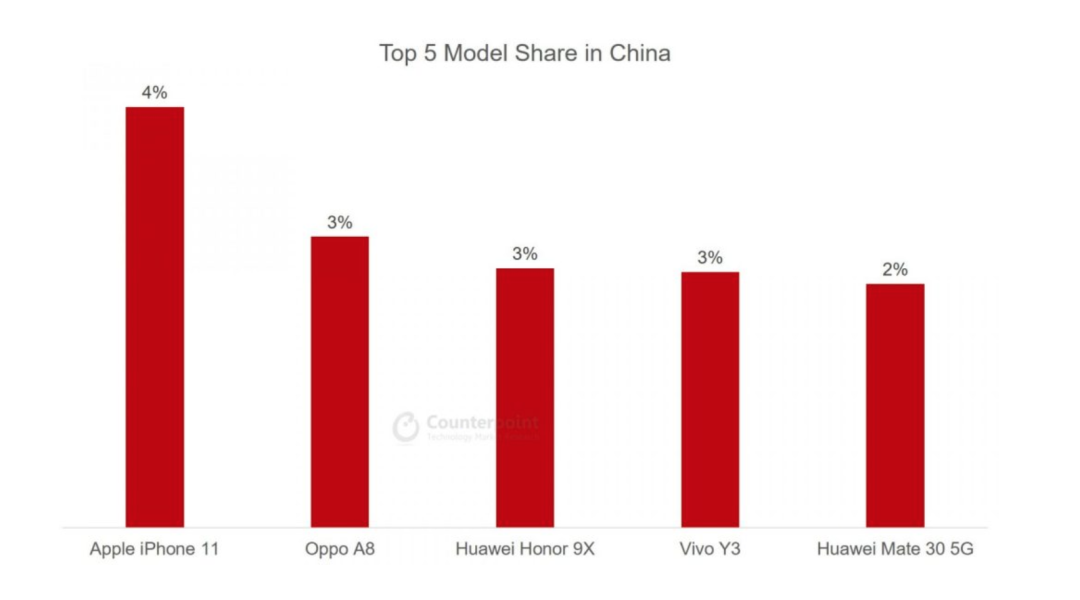 It is not difficult to see that the starting price range of the new iPhone has become an important indicator affecting Apple's market share in China.

So, in the coming 5g era, can iPhone keep its market share in China?

According to current rumors, the starting price of the 5g version of the iPhone 12 will remain at the level of the iPhone 11 series. If the rumors come true, it can really stimulate a certain proportion of users of old models to switch to the iPhone 12 series.

However, in terms of the early stage of 5g commercial use, whether in China or in the global market, the proportion of old iPhone users who simply replace with new iPhones due to 5g should not be overestimated. At the same time, apart from 5g, which is an important selling point, the iPhone 12 series may not have many highlights to focus on.

Of course, Apple's application service ecosystem with IOS ecology as its core is still its stable moat in the Chinese market, and no one can rival it in the short term. In China's mobile phone market, only apple, an international manufacturer, can compete with other large domestic manufacturers in terms of share.

However, in the face of the increasingly powerful domestic android flagship camp, it seems that apple can only wait for the launch of zhenzhengda updated iPhone to see whether it is possible to return to the peak of the iPhone 6 era in China.

1. 《How Many iPhones Have Been Sold Worldwide？ 》，Lifewire

2. IPhone in China for a year and a half: China Mobile and Apple will not give in to each other, Sina Technology

3. Wang Jianzhou: iPhone is not the only choice for China Mobile, China business daily

Related news
Apple sends an email to invite developers to join Apple Arcade
Apple Arcade video demo experience
Foreign media tried out the Apple Arcade game on MacBook
The History of the Development of the iPhone Camera
Foreign media tried Apple Arcade game on MacBook
Apple Arcade is expected to inject a lifeline into Mac games
Apple Arcade supports offline, but do you have enough iPhone space?
Apple arcade adds a more cost-effective annual subscription option
Hot news this week
Announced real-fired people to change the news for four days, the chairman of Tianzhong semen was resigned for personal reasons.
Bank of East Asia (BEA) was fined 16.74 million yuan ($16.74 million) by the Shanghai branch of the People's Bank of China for illegal information collection
After the comprehensive suspension of "nurturance class" network comprehensive and indulgent drama, the audience deserves better
Chinese scientists have discovered a strategy for treating COVID-19: using particles to bind to the virus
ByteDance invested in Sequencing Technology, which is an AI industrial SaaS software service provider
Former search president of Baidu xiang Hailong joins Transsion The company that sells mobile phones wants to do more Internet
2021 Global Patent List Released: Huawei ranked fourth in the top five in the world in the United States
It's hard to escape the monopoly sanctions American court dismissed Facebook against FTC counterattack
Rewrite history! The largest acquisition in the game industry was finalized: 80.9 billion yuan exceeded Tencent's record
Enterprise WeChat active users reached 180 million The new version is connected with the video number
The most popular news this week
WeChat heavy update! This function is finally here.
China successfully launched satellite 13 in 2022
Coldest holiday ever! Tencent announced that minors can play games for up to 14 hours during the holidays
In 2021, public security organs cracked down on more than 6,000 illegal payment and settlement gangs in 134 problematic games
People's Daily: Promoting Express Packaging "Green Revolution"
Ali health online the first domestic helicobacter pylori self-testing product "you tube", 10 minutes out of the results
Xiaomi Youpin Youyu announced the termination of operations
JP GAMES and Alibaba Cloud reached a cooperation to develop a metaversic solution based on the cloud
The camera is lost to the mobile phone Japan Canon close Zhuhai factory: small part parts are still working
Baidu announced connectivity with more than a dozen companies, including Meituan and Xiaohongshu