The next two months are undoubtedly the most critical hardware release season in the video game industry in the past decade. But for some reason, the big players in the interactive entertainment field seem unable to solve the simple problem of providing consumers with a simple and direct way to pre order their products.

So, when apple, Samsung and even Facebook's virtual reality maker oculus and other companies find out how to manage consumers' expectations correctly and sell new devices easily, why are large, experienced and well funded large companies like Microsoft, Sony and NVIDIA suffering a series of losses in hardware pre-sale in 2020?

We still don't know how many devices these companies plan to sell, how many quotas they allocate to each retailer, or how much inventory they plan to replenish any time this year. present

Although these big brands have been selling products for decades, they have established long-term retail partnerships, and have supply chain management expertise and massive data sources to try to predict consumer demand and manage global inventories. But that doesn't seem to be enough for game makers and chip giants like NVIDIA to solve the problem of product sales. While consumers are so excited about their products, companies do poorly.

Even after seeing Sony suffer setbacks in the pre-sale of the PS 5, Microsoft experienced a similar dilemma on Tuesday. Although Microsoft has made full preparations for fans in advance, and has made appropriate time arrangements for the advance purchase of Xbox series X and Xbox series s in the fan area, many mistakes and other problems began to increase when the pre order page went online.

NVIDIA's new graphics cards appear to have been snapped up with software by scalpers and sold new products, forcing NVIDIA to manually review orders to ensure they reach legitimate customers. We may see a similar rush when the ps5 and Xbox go on sale in November.

But Sony's statement ignores the fact that retailers are not replenishing the console inventory in large quantities, suggesting a lack of transparency in the process. With record demand, companies like Microsoft and Sony can easily implement a lottery system or any other way to ensure a fairer pre order process. Or they can allow retailers to disclose how many game consoles they have and other ways to help manage consumer expectations.

Apple, for example, informs users when it will ship, say in a few days or weeks.

The main problem may be dysfunctional incentives. Competition in the video game industry is so fierce that even big companies like Microsoft and Sony are beginning to signal to investors, analysts and consumers that a product is selling well and it is almost impossible to find a source.

For these companies, instant sales is a positive marketing strategy because it means demand is higher than supply, and they don't have to worry that the products they produce will not sell on store shelves or in retailer warehouses.

Creating an illusion of scarcity also helps to create excess consumer demand, which is not intended to completely limit the number of people who can buy products. A brand like Nintendo, whose long-term scarcity is at the heart of its business model, can stimulate interest by suggesting that it may be difficult to find a product in the coming months or years.

We have seen many times that Nintendo would rather produce one less product than produce more or try to predict demand accurately, even for flagship game consoles like switch or nes and SNES classic.

At the same time, retailers see it as long as they can sell everything. During the frenzied pre-sale peak period, as long as their website can barely cope with the rush of consumers, they have little incentive to repair the website or try to adopt digital queuing mechanism.

Gamestop, the world's largest retail retailer of video games and entertainment software, has tried virtual queuing strategies in Xbox pre-sale, but smart bystanders find that there is deception. Gamestop tells consumers not to refresh the page in case their server crashes. But at the same time, the site's automatic scripts refresh every 30 seconds.

Next, what they need to do is make the most of the situation. When people constantly view or visit physical retail stores online because they don't know when to ship, every time it's an opportunity for retailers to promote other products.

In addition to the maladjusted incentive mechanism, there is also a lack of communication. We do not know novel coronavirus pneumonia, or how many games are being produced by these companies, or whether they are more or less than the last game or graphics card, or whether the problem is caused by improper logistics and planning, or there are deeper reasons, such as supply chain barriers and manufacturing and distribution delays caused by the new crown pneumonia epidemic.

We don't know if these companies or retailers anticipated what happened last week, or whether they were as surprised as they were trying to apologize on social media.

Ideally, this would be an easy problem to solve, just as apple has simplified the process of selling as many iPhones as possible each year. But the video game industry doesn't have much of a plan to solve this problem, and it's not clear whether these companies are willing to try. 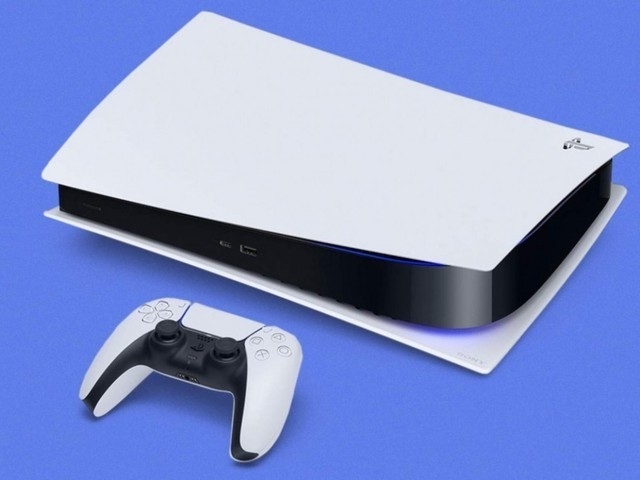 Related news
NVIDIA Huang Renxun: the success of RTX graphics card awakens Sony ps5 to join in support of optical pursuit
Xbox Scarlett configuration exposure: 8-core zen2 main frequency 3.5GHz, graphics performance comparable to RTX 2080 Ti
Ps5 and new Xbox are coming out! The game of the future will be disruptive
The price of RTX 3080 graphics card rises again NVIDIA laughs: revenue will increase by 16%
NVIDIA RTX 3080 video cards sold out in the US market
RTX 3080 is sold out in seconds: U.S. users can't buy it two days in advance
RTX 30 three new calipers! How does amd follow?
RTX 3080 / ps5 / new Xbox sold out one after another
Game developers show annual awards: ps5, Xbox is only the ninth prize
Hot news this week
Titanium Media Publish Assesum: People's Bank: Digital RMB Winter Olympics pilot has entered the sprint phase; Tesla announced that 250,000 Powerwall energy storage power stations have been installed
Volvo pure electric C40 China first show: giant transformation, open electrification era new offensive
Close to the apple millet, two weeks of consecutive weeks, China Smartphone second: 3 years, the world's first
Alibaba and Tencent have received more than half of the 43 antitrust fines, and lawyers say the penalties are likely to increase
Heavy weight! China team "100 billion-level super-calculated simulation quantum" won two nominations in Gordon Bell Prize
The visualization tool shows a large cloud of debris generated by the Russian anti-satellite missile test
Study on the sequelae of COVID-19 in the Chinese team: Shortness of breath, depression and other problems still existed nearly one year after discharge
Capital does not love SAIC, "flying" subsidiary, Jet Hydrogen Technology intends to go to science and technology board
Tencent responded to "APP to get ridiculous": Upgrade APP is now downloaded for user rights protection
Huawei redefines one of the three major communication networks of the underground communication network
The most popular news this week
Tesla withdraws German subsidy application Rivals like Rivian and Lucid are under pressure
Pinduoduo released Q3 financial results and continued to re-store all profits of agriculture in the third quarter and continue to invest in the "10 billion yuan agricultural research special Project"
Apple's Apple News Plus service offers new users a three-month free trial next Monday
Google and Apple have been fined nearly 100 million yuan for allegedly "stealing" user data
700 million people to buy each month buy: spent a lot of Q3 income rose 51%
From March 1 next year, the personal payment code of wechat Alipay will not be used for business payment
Tesla plans to complete at least US $ 1.06 billion in the construction of the Austin plant before the end of this year.
Musk says don't touch your phone!
Current payment! WeChat, Alipay will have a large change
Apple restizes Turkish product sales business prices