Samsung launched its long-awaited Galaxy S20 FE model yesterday, starting at $699 (about 4770 RMB).During the launch, the South Korean electronics giant also announced that it would launch more fan edition flagship devices in the future.Previously, Samsung has been through the "lite" suffix, the same series of products to lower prices. But now it appears that the company will abandon the "cheap" name and adopt the more popular "fan edition". 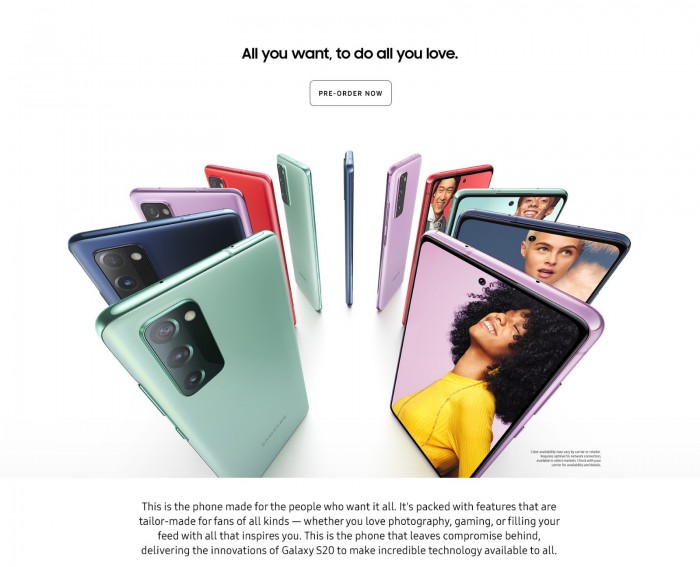 The machine will be shipped on October 2, starting at $699 (about 4770 RMB). Depending on the market area, Galaxy S20 Fe 5g smart machines also have derivative versions of Qualcomm snapdragon 865 or exynos 990 chipsets.