On September 25, at the 14th GOPS Global Conference on Operations and maintenance, the China Institute of Information and Communications (hereinafter referred to as the Institute of Information and Communications) officially announced that Tencent had been rated as the only outstanding through the DevOps( R & D and operational integration) standard evaluation.

This means that Tencent has formed a leading R & D system in the industry, and the R & D efficiency tools have reached the national leading level.

The R & D and Operations Integration (DevOps) Capability Maturity Model series of standards are led by China ICT Institute. The standards have been studied and discussed repeatedly by hundreds of industry experts from head enterprises such as Tencent, Huawei and China Mobile. The system and tools have been incubated and polished for more than two years. The first evaluation was completed in September 2020, which has strong industry reference value.

It is understood that Tencent passed the first evaluation of the system and tools of Devops capability maturity model, and its version control system module was rated as excellent. 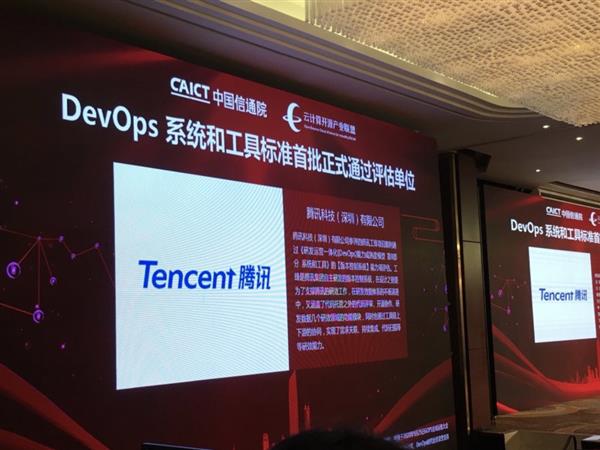 Not only that, it also adheres to the cutting-edge R & D ideas and advanced R & D concepts, helping enterprises run through the R & D process, making development and R & D management more agile and efficient.

Within Tencent, Tencent worker bee (GIT) is responsible for the software engineering code management of Tencent, which is an important part of Tencent R & D efficiency platform.

The latest data shows that Tencent worker bee has hosted 100TB version files and nearly 400000 version repositories. In order to promote research and development collaboration, under the organization and promotion of Tencent Technical Committee, 70% of the version repositories have realized internal open source sharing.

In addition to serving Tencent, worker bee has also provided services to Tencent's partner enterprises and developers after 2017, providing more than 100,000 developers with a standard and reliable code management system in the cloud environment.

Since 2018, worker bees have provided code management tools for wechat applets and provided services for hundreds of thousands of small program developers. Millions of small program authors can manage version resources orderly, simplify the development process and reduce the difficulty of development.

It is worth mentioning that before the national evaluation, Tencent worker bee has won the highest recognition in the field of computer engineering in China

In fact, Tencent worker bee is only one part of Tencent's R & D efficiency platform. Tencent has formed a leading R & D system in the industry in promoting efficient R & D through research tools.

In terms of end-to-end, Tencent has already realized the implementation of the whole chain. Tencent's research efficiency tool team has been playing a role in the infrastructure, laying a good foundation for the R & D capability of the whole group. Moreover, with the development of Tencent's business, Tencent has proposed two major topics: open source collaboration and R & D efficiency upgrade, and constantly evolve to adapt at the tool level.

According to the previous release of the 2019 Tencent R & D big data report, Tencent has 60% of its project teams under 20, 47.8 per cent of the project iteration cycle is within one week, An average of 3802 users per day, while 28% of the demand can be responded within 1 day. And in terms of Bug treatment, 46 per cent of the Bug were resolved within one day, 82% of the Bug were resolved within 1 week. 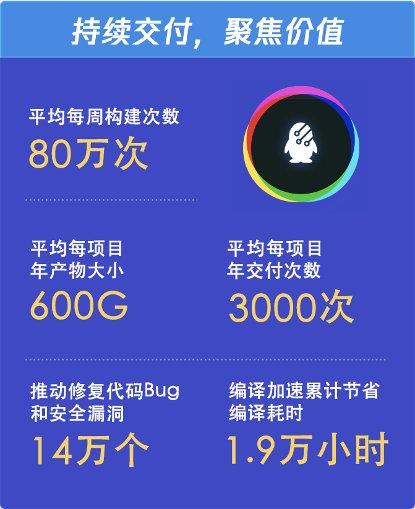 As a result, Tencent has created a new industry height in terms of overall R & D efficiency.

For Tencent, it is not surprising to be able to achieve such recognition in the field of DevOps.

In fact, Tencent has long been concerned about the leading work of the ICT team in Devops standards, and has been actively involved in the formulation of industry standards, including participating in and leading the preparation of the functional module version control system. At the same time, Tencent also actively exchanges with domestic industry peers.

Through this standard evaluation, Tencent hopes to bring reference and help to industry partners, who can refer to standards according to their own needs, improve their research and efficiency capabilities, and build industrial Internet Ecology. At the same time, it is hoped that more enterprises can participate in the development of standards in emerging fields such as Devops, so as to jointly promote the industry progress in the field of research and efficiency. 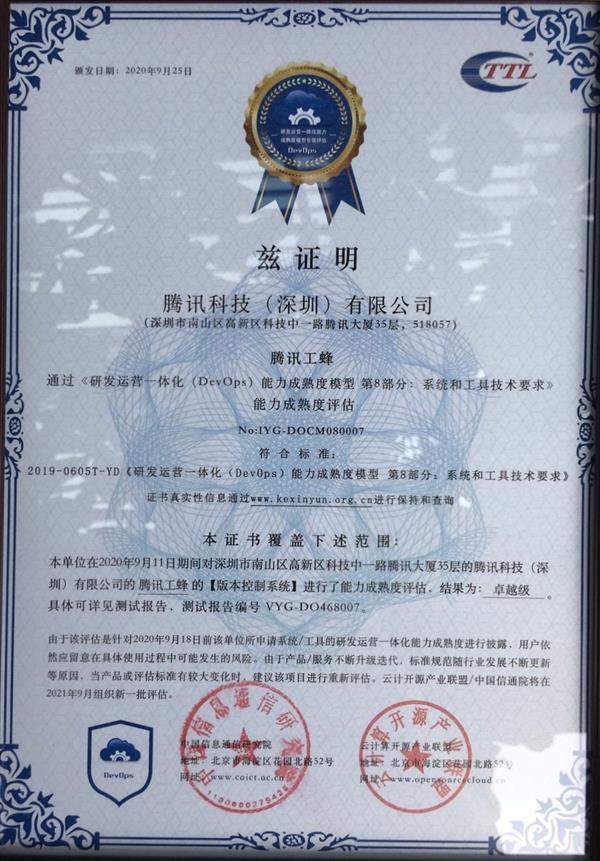 In addition, Tencent also plans to cooperate with several top universities in China, hoping to provide a better incubation environment for exploration fields such as software engineering and intelligent research and development.

Li Debin, the R & D director of Tencent worker bee, said that in the future, as long as the development of software industry is not stagnant, the development of research tools will not stop. There will be new problems, new scenes and new models that need tools to explore and solve. Therefore, as a leading enterprise in the domestic Internet industry, Tencent also hopes to work with the same industry, users and scientific research institutions to promote each other Common progress.