Is it a turning point for Huawei to get another supply license from AMD and Intel?

Following the September 15 ban on Huawei in the United States 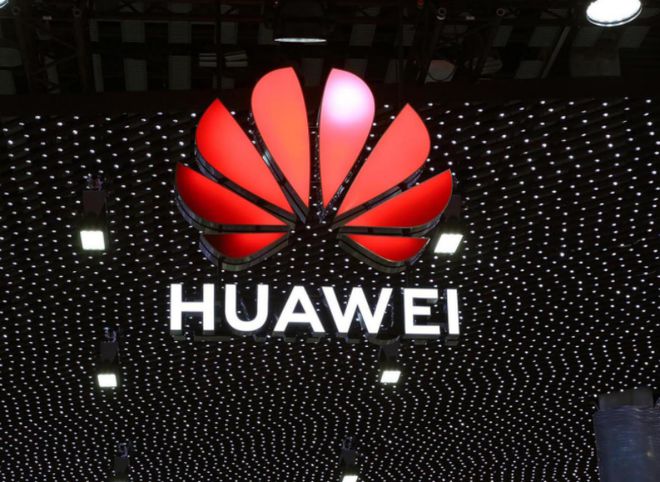 Amd said that AMD is one of the processor suppliers of Huawei's notebook computers, and its sharp dragon Series CPU has been adopted by many Huawei laptops. Similarly, Intel's supply license may be limited to Huawei notebook projects.

According to Shenwan Hongyuan Research Report, Huawei early entered the PC market with tablet computers, accounting for 4% of the market in 2018 and 2019. Among them, the main suppliers of notebook chips are AMD and Intel. In 2019, Intel accounted for 67% of its 17.41 million PC chips, and AMD accounted for 33%.

At present, the specific model, quantity and cycle of AMD and Intel are not clear.

As Chen Yuan (pseudonym), a personage in the industry, pointed out that the United States licensed Huawei to buy chips for trade and industrial technology such as PCs and servers, but the main strategy of cracking down on Hisilicon core chips and 5g infrastructure is still firm.

The founder of a well-known semiconductor company also said clearly that the US government's target of suppressing Huawei is Hisilicon and 5g communication. Intel and AMD supply Huawei with only notebooks or some servers, while PCs are no longer the mainstream market. This does not hurt the theme of the United States. When Hisilicon can be taped and 5g chips can be supplied, which is the real reversal.

And licensing PC business chips in the U.S

The size of the Huawei remains, after all, and the company's dependence on Huawei remains, making it impossible to find Huawei alternative customers to maintain itself in a flash

As previous boston consulting reports have shown, widespread unilateral restrictions on china's access to u.s. technology could greatly deepen and accelerate the erosion of u.s. companies' share, with mature non-u.s. suppliers meeting more than 70% of china's semiconductor needs. In the next three to five years, if the United States continues to comply with the current entity list limits, it will lose 8 per cent of its global share and 16 per cent of its revenue. If the United States completely prohibits semiconductor companies from selling products to Chinese customers, global market share will lose 18 percentage points and its revenue will lose 37%, which actually leads to the decoupling of technology from China. These revenue declines will inevitably lead to sharp cuts in R & D and capital spending and loss of 15000 to 40000 highly skilled direct jobs in the US semiconductor industry. It should not be

While beauty will completely stifle Huawei's ability to develop in the next generation of technology, Cheng Wei (pseudonym), a well-known expert, analyzes that the basic position of beauty is unchanged, restricting Huawei development of the core technology that makes beauty feel like a needle, rather than killing it all. American capital needs to continue to let Huawei help them make money, but only if it fits in

In addition, see, the first round

What is more worthy of careful consideration is that this is the inevitable result of the neutralization of various forces in the United States.

Just as the Tik tok incident, which has been controversial for a long time, has finally come to an end. A well-known blogger mentioned that this overall proves that the United States is not a monolithic entity. It can work together by attracting some people with the same interests. In understanding Wang, everything is a routine. There is nothing that can't be talked about. Fighting is for talking.

However, Huawei is still startled step by step and needs to step up preparations for the war. Guo Ping, chairman of Huawei, did not disclose the specific chip reserve when he replied to hot issues such as how long the chip reserve can be maintained and how to deal with it in the future. He explained that the United States has been increasing sanctions, and the third revision of legal sanctions has indeed brought great difficulties to Huawei's production and operation, but it was not until September 15 Huawei's emergency storage of various types of chips has been completed in Japan, and the specific data is still under evaluation.

As for whether Huawei is involved in OEM in order to save itself, Guo Ping emphasized that Huawei has a strong chip design capability, and Huawei is willing to help reliable supply chains enhance their chip manufacturing, equipment and material capabilities. Helping them is also helping us.

Related news
AMD/Intel hard hit! Looking forward to the 3nm Zen6 in 2024?
AMD, Intel dual voice: processor supply is still sufficient
Amd has the best chance to compete with Intel, but it still needs to be patient in the server CPU Market
AMD valuation is Intel? far higher Mother Su changed her life!
Yes! Intel and AMD processors are widely available
Hot news this week
***
After 85, Peking University Graduates developed wechat "powder cleaning" software for profit related cases of 8million
Pre order stock of some iPhone 12 Pro models is out of stock and delivery has been delayed to November
Hainan version of iPhone 12 series has been exposed for 4784 yuan
Tencent official publicity: Jay Chou speaks for FPS masterpiece call of duty
Hainan edition iPhone 12 series true fragrance: cheap also warranty
It is said that Huawei has suspended paying 1.8 billion US dollars of patent fee to Qualcomm: or suspend indefinitely
Forbes released the list of the best employers in the world in 2020: Samsung No.1, Huawei No.14 / China No.1
IPhone 12 and iPhone 12 Pro out of the box (video)
Samsung Galaxy S20FE 5G mobile phone :120 Hz from 865,4999
The most popular news this week
Caviar's top selling price for luxury custom iPhone 12： is over 310000
The first "chip university" was officially established! Do not recruit candidates to adopt 5 1 2" Culture Model
Boeing 737 Max8 when will the aircraft fly back in China? CAAC Response
no regular version Mate 40? HuaweiMate30E Pro exposure: E with Kirin 990
FreeBSD quarterly report: build environment from MacOS and Linux to migrate git from subversion
Foxconn sold all Alibaba shares for 1.3 billion
Tesla fully automatic driving on the road test! Central control panel environment perception UI was make complaints about ugly explosion
Farewell curved screen! For the first time, Samsung's Galaxy S21/S21 has dug holes
Microsoft mall double 11 event opens: 8 fold, surface 30 day price guarantee
Li Nan: iPhone 12 Mini is the best model in the series