China's annual production of the new coronavirus vaccine will reach one billion doses next year, Chinese health officials said on Friday. Previously, with the strong support of the government, new production plants were built.According to the report, Zheng Zhongwei, director of the science and technology development center of China's National Health Commission, said at a briefing on the progress of vaccine work: "it is estimated that the annual production capacity of China's new crown vaccine will reach 610 million doses by the end of this year and more than 1 billion doses next year." 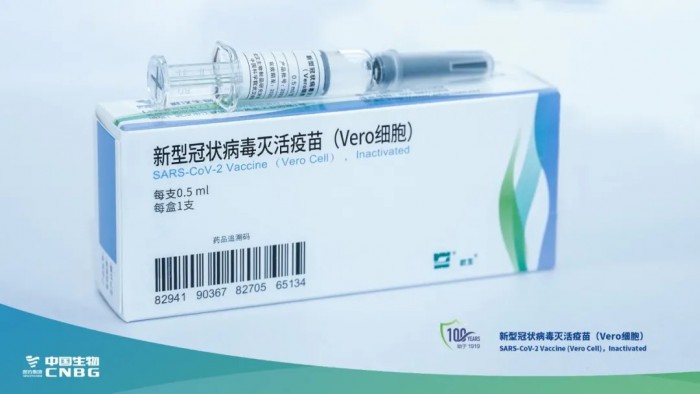 US pharmaceutical giants Pfizer and Modena also aim to produce one billion doses of vaccine by 2021, the report said.

China has accelerated the construction of vaccine testing facilities and production plants, and appointed an independent supervision agency to supervise its assembly, the report said. In China, 11 vaccines have entered the stage of clinical trials, and 4 of them have entered phase III clinical trials.

According to the report, kelefu, a new crown vaccine developed by private enterprise Kexing holding Biotechnology Co., Ltd., has been approved for emergency use. Yin Weidong, chairman of Kexing holdings, said on Thursday that the plant would be completed in a few months, and more would be built if there was sufficient demand.

China is making great strides in the production of the new crown vaccine. It is estimated that 610 million doses of vaccine will be ready by the end of this year, and the production capacity will reach more than 1 billion doses in 2021, according to the EFE News Agency Beijing on September 25. These vaccines will enter the market after passing the final stage of clinical trials.

According to the report, Wu Yuanbin, director of the Department of social development and science and technology of the Ministry of science and technology of the people's Republic of China on the 25th, said that 11 new coronavirus vaccines in China have entered the stage of clinical trials, and 4 vaccines have entered the third phase of clinical trials.

According to the report, Chinese officials attending the briefing on the progress of vaccine work on the 25th stressed the "safety and effectiveness" of the vaccine.

"In the process of emergency use of new crown vaccine, there are very strict adverse reaction monitoring and emergency treatment plan to ensure the life and health safety of each vaccinator." Zheng Zhongwei, director of the science and technology development center of China's National Health Commission, said, "at present, there has been no serious adverse reaction among all the emergency users of the new crown vaccine."

According to the report, Wang Junzhi, deputy head of the expert group of vaccine research and development team of the joint prevention and control mechanism of the State Council, said: "judging from the results of phase I and phase II clinical trials, at present, they are basically mild and acceptable adverse reactions."

Zhang Xinmin, director of the biological center of the Ministry of science and technology of China, said that so far, the mutation of the new coronavirus is not large.

"Experiments have shown that the immune response induced by the vaccine under study can effectively neutralize the mutated new coronavirus," Zhang said

Zeng Guang, chief epidemiologist of the Chinese Center for Disease Control and prevention, said that several vaccines in the phase III clinical trial had achieved very good results, and the data and results obtained at each stage preliminarily confirmed the safety and effectiveness of the vaccines.

Although an expert from the Chinese Center for Disease Control and Prevention said a few days ago that Chinese people are expected to be vaccinated with the new crown vaccine in November or December due to the smooth progress of clinical trials, officials attending the press conference did not give an exact time for the mass launch of the vaccine, the report said.

The report pointed out that China is striving to become the first country in the world to produce the new crown vaccine on a large scale. Therefore, China cooperates with many developing countries to test the efficacy of the vaccine in the final stage of clinical trials.