Apple's most important task at hand is to prepare iPhone 12 new series of machines, which can no longer be delayed.

According to reports from South Korean media, Apple will launch the new iPhone 12 in the local market earlier than before this year. In previous years, the Korean market was one month later than that in the United States. For example, last year, the iPhone was launched in the United States on November 20, and landed in South Korea on October 25.

This year, the rhythm of iPhone 12 has been adjusted, and the time has been advanced to the end of October at the earliest,Combined with the previous rumors, this time is likely to be October 23 (Friday), while Apple's official release time is October 13 (Tuesday).

According to the report, the change in the South Korean market is related to the rapid pace of local 5g construction. As of July this year, the country has more than 8 million 5g users. Of course, Samsung's mobile phone share in South Korea is still extremely high, reaching 67%, while Apple's current share is only 19%.

In addition, according to the report,iPhone 12Pro Max will be the first mobile phone in the Korean market to support high frequency 28 GHz millimeter wave band.

In fact, combined with the current information, the iPhone 12 Pro Max may be Apple's only 5g mobile phone that supports millimeter wave this year. It is said that mass production will not be possible until December. In the early stage, it mainly promoted the 5.4-inch iPhone 12 mini and the 6.1-inch iPhone 12 in the sub-6ghz band. 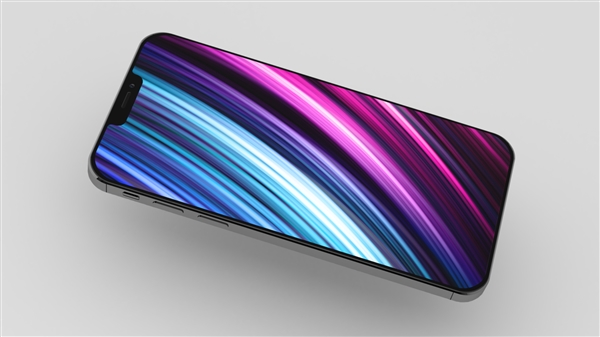 The picture is a folk rendering of iPhone 12

Related news
Next feature update confirms windows 10 October 2020 version number locked 19042.508 (Fig.)
The iPhone 12 may be available in South Korea earlier than usual
South Korean carriers say iPhone 12 will be launched on October 23: the first batch only supports 5g sub-6ghz
From 4899 yuan? First shipment of iPhone 12 / 12 Mini: 64GB starts and goes on sale on 23rd
iPhone 12" popular lover "or" tasteless food "?
IPhone 12 delay: winter is coming
Arrow on the string: Windows 10October 2020 feature update to be released (photo)
Hot news this week
***
Apple's second special event in autumn 2020
IPhone 12 released tonight: Apple's official website in China has been maintained
IPhone 12 Mini secret castration: does not support dual card!
Apple iPhone 12 is crazy about environmental protection without charger and headset: it's not about saving money
The reason and strategy of Tencent investing in retail for the first time
IPhone 12 series battery parameters exposure! The best is pro max
After 85, Peking University Graduates developed wechat "powder cleaning" software for profit related cases of 8million
Return to high pass 5g baseband! Will the iPhone 12 signal get better
Pre order stock of some iPhone 12 Pro models is out of stock and delivery has been delayed to November
The most popular news this week
Amd Ruilong 55600x run point exposure: 65 watts kill 125 watts
Tmall's official double 11 is 3 days more than in previous years: the balance will be paid on November 1 and the goods will be received 10 days in advance
Apple iPhone 12/12 Pro family photo on October 23
One of the most serious windows vulnerabilities of this year: a hacker has planted a server backdoor by using zerolog on
Samsung and TSMC: fight for 8-inch wafer foundry
Tencent's "New Venture" forward: there are film China Literature Xinli outside the cat's eyes and mass layout
Intel Xe HPG independent graphics card recommended by the game? Misunderstanding
NDRC's response to the unfinished chip project: who supports and who is responsible for major losses will be informed of accountability
Geekbench exposure Samsung Galaxy M02 new machine specifications: Cellon 450 chipset 3 GB storage
New research by Chinese scholars: new materials make lithium ion battery charge 80% in 9 minutes