It is reported that in August, the three generations of factories applied to participate in the production linked India incentive plan (PLI), the project aims to promote the increase in Smartphone Production in India. Foxconn has applied for about 40billion rupees (US $542million) in the program, while wechuang and ASUS have committed to investing some 13billion rupees (US $176million) and RS 12billion (US $162 million) respectively. 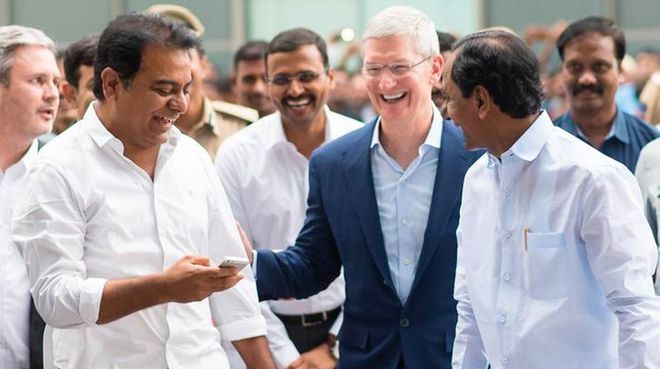 PLI plans to provide cash incentives for manufacturers over the next five years to increase locally-made smartphone capacity, with the goal of turning India into a China-like export manufacturing center. And it's unclear whether Apple's suppliers will invest specifically to boost Apple's iPhone production in India, but

Although Apple's three major supply partners are producing devices outside the iPhone globally, Wechuang's manufacturing facility in India produces only Apple phones. At present, Wechuang factory produces about 200000 iPhone SE equipment per month in India, and plans to increase this number to 400000 by the end of 2020. furthermore, weichuang plans to assemble iPhone12, in india and deliver by mid-2021.

Apple has been struggling to build a supply chain in India, but the company is taking action to reduce its dependence on China. Apple has been steadily expanding its footprint in the region, although government officials say the country itself has not yet proposed making India an export manufacturing center.

In addition to manufacturing infrastructure, Apple has strengthened its retail business in India. On September 23, Apple launched an online store in India and plans to open its first physical Apple retail store in 2021. (small)