With the official launch of Samsung 980pro pcie4.0 SSD, pcie4.0 technology and products have become the most popular topic in the storage industry.

So what does pcie4.0 stand for? From pcie3.0 to pcie4.0, what technology and experience innovation and iteration has Samsung made in the product side?

To answer the above questions, we need to trace back to the source, briefly review the history and changes of PCIe, and understand the significance and value of the PCIe4.0.

About the evolution of PCIe bus

The so-called PCIe, name is PCI-Express.

It is essentially a high-speed serial computer extended bus standard. Similar bus standards, such as early MCA and PCI, belong to this kind of protocol.

But with the development of technology and the change of demand, High-speed serial, point-to-point dual-channel, high-bandwidth transmission and other outstanding features of the PCIe protocolFinally, it stands out and becomes the most popular computer bus standard.

There are two main PCIe in the interface form, one is the smaller M.2 interface, the other is the standard PCIe slot, both of which are integrated on the motherboard.

According to the different bandwidth capacity, the iteration of technology and the application level, the PCIe bus has been branched and evolved. 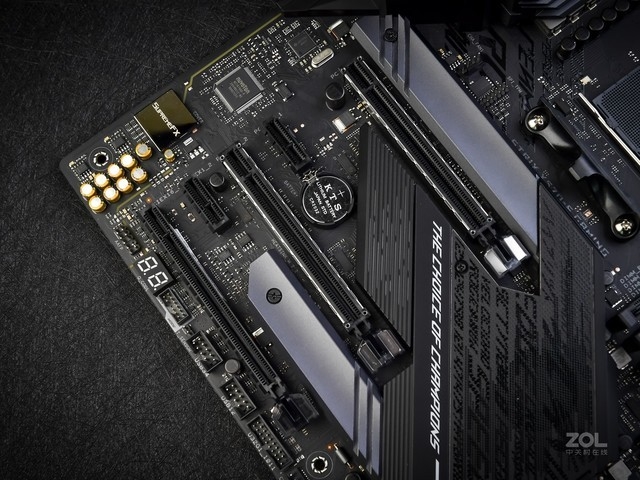 Let's start with bandwidth. Based on the capacity of the series connected computers, there are performance differences between the same level of PCIe slots.

Taking mainstream PCIe3.0 as an example, it can be divided into PCIe x1/PCIe x2/PCIe x4/PCIe x8/PCIe x16 and other different bandwidths

As a bus protocol and standard, PCIe has experienced many years of development and reform. From the beginning of pci1.0, it has gradually made great strides in performance until the birth of today's pcie4.0.

The iteration of the technology has brought terrible performance. According to the official data, compared with the original pcie1.0 bandwidth (x1 is 250MB / s), the bandwidth of pcie1.0 is 250MB / s,The bandwidth of the latest pcie4.0 (taking X1 as an example) has reached 2GB / s, an increase of nearly 8 times.

Finally, at the application level, due to the high-speed series computer provided by PCIe, many hardware products can, and even more want to use the way of the PCIe bus to carry out series connection, so as to give full play to the highest performance of the hardware. Among them, graphics card and solid state disk are the representative products.

The inevitability of pcie4.0 SSD

Just now, the connection between SSD and PCIe is due to the huge performance advantage of serial computers connected with the PCIe bus.

In fact, in the early stage of SSD development, the SATA interface was the mainstream of the industry. On the one hand, it was due to the process technology, and there was no way to develop master control and granular products with perfect performance and power consumption;

On the other hand, the absolute performance of the SATA interface can meet people's daily storage needs. 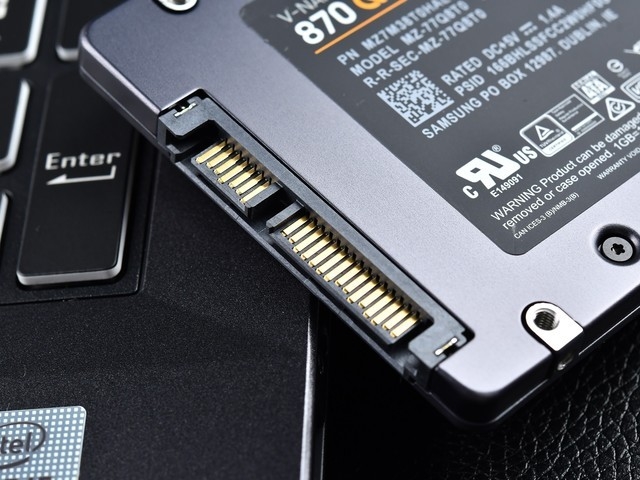 With the change of storage requirements and the breakthrough of process technology, the performance of solid state disk drives has been leaping and developing rapidly,The disadvantages of the traditional SATA interface gradually appear, with the maximum theoretical performance of 600MB / s,It has been unable to adapt to the ever-increasing demand for storage and technology evolution.

As a result, the storage industry, represented by Samsung brand storage, began to introduce the PCI 3.0 interface and introduced a new nvme transmission protocol,It breaks the bondage of interface protocol and makes the performance of solid-state disk products reach the standard of 3.5gb/s.

However, with the development of technology and the explosion of storage demand, the absolute performance of 3.5gb/s under pcie3.0 protocol is gradually declining. The industry is looking forward to the arrival of the PCI protocol with larger bandwidth and stronger performance.

So under the double binding of demand and technology, pcie4.0 and the high-performance pcie4.0 solid state hard disk have begun to emerge.

As a leading storage manufacturer in the industry, Samsung brand storage is also actively participating in and embracing the pcie4.0 era, and has carried out multi-dimensional innovation in products and experience, among which the representative product is Samsung 980pro pcie4.0 SSD released recently.

This is the first high-performance solid-state drive (SSD) launched by Samsung brand storage, which fully supports the pcie4.0 protocol,Samsung's storage products can be roughly divided into three sequences: Pro / Evo / qvoAccording to the location and price difference, it decreases in turn; 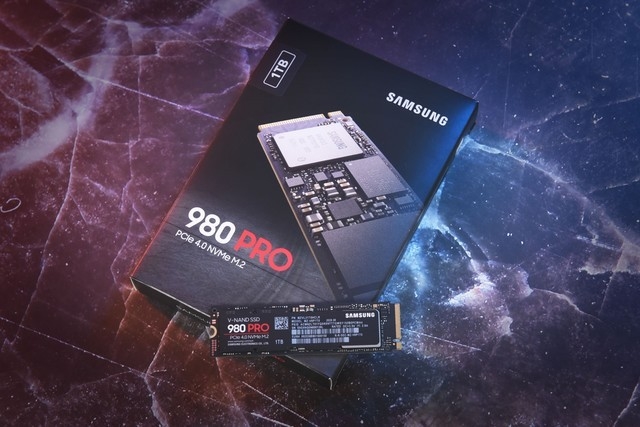 In addition to the high standard and high specification of product positioning, Samsung has also made many technological innovations and breakthroughs for its 980pro product. The author simply divides it into three dimensions of innovation, namely, master control innovation, flash memory innovation and performance innovation.

The advent of pcie4.0 protocol is an unprecedented challenge for solid-state disk products, especially for the master chip in charge of internal data processing, compilation and operation.

With the huge improvement of protocol bandwidth, the hard disk master controller should be able to parallel and process more data instructions at the same time, so as to meet the high throughput and achieve efficient data transmission. 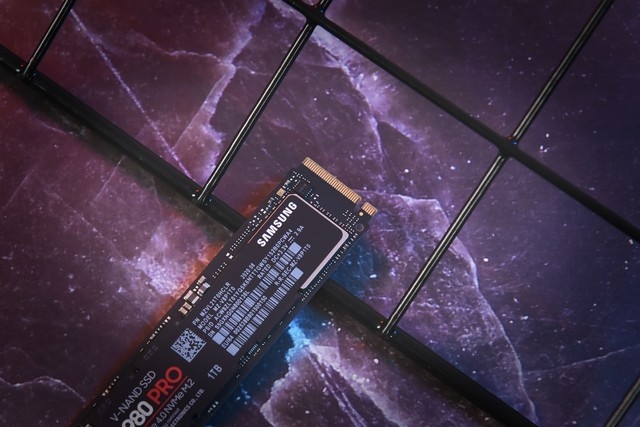 To cope with PCIe4.0 huge performance improvements, the Samsung brand first shipped a new generation of master chips based on ARM architecture, redesigned and compiled on its 980 PRO, from Greek Elpis,Elpis Chinese pronunciation

Elpis master adopts the new 8nm process technology developed by Samsung, fully supports pcie4.0 protocol, and can meet the needs of next generation development and computing. More importantly, it can support 128 queues to work in parallel and 128 I / O queues to process data synchronously.

A group of more intuitive numbers are used to verify the strength of Samsung's new master. According to the design process, under a single queue, it can process more than 64000 command sets, which means that 128 queues within Samsung elpis master can simultaneously process more than 8 million commands.

This kind of performance multiplication can meet the strict requirements for the master control performance under the pcie4.0 protocol, and thus ensure the performance of Samsung 980pro.

At the same time, elpis master chip is also perfectly compatible with pcie3.0, andIn terms of performance, it even surpasses 970evo plus and 970pro, which dominate the pcie3.0 generation.

According to the official data, under the pcie3.0 bandwidth, the maximum continuous read performance of Samsung 980pro reaches 3500mb / s, which is basically the same as 970evo plus;

In terms of maximum continuous write performance, it has reached 3450mb / s, even surpassing the official test level of Samsung 970evo plus.

High band broadband to high performance, at the same time, there is also a higher demand for the granular body of data storage. The large-scale and high-speed read-write means that the flash memory particles used to store data need to have reliable and stable performance in terms of constitution and performance. 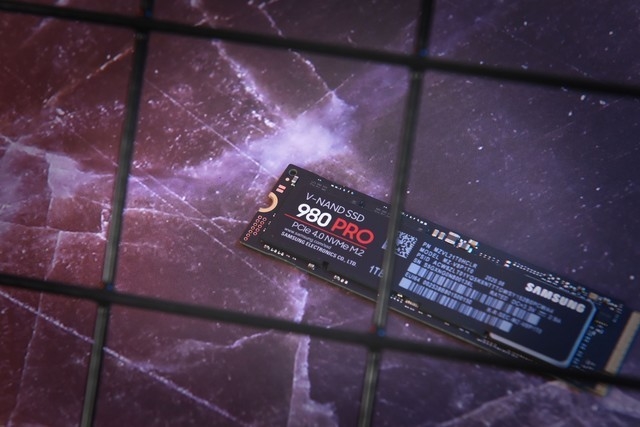 By building a conductive chip stack composed of more than 100 layers, and then punching vertically from top to bottom, a uniform three-dimensional charge well flash memory (CTF) cell is formed. Thus, about 40% memory cells are added to the 9x layer single stack structure.

At the same time, in terms of performance, Samsung optimized the internal structure of the circuit to further improve the speed performance of flash memory particles.

According to the official data, compared with the fifth generation v-nand technology, Its write time is less than 450 microseconds (

With the application of new master control and new particles, Samsung 980pro can make full use of the huge performance advantages brought by pcie4.0 protocol. 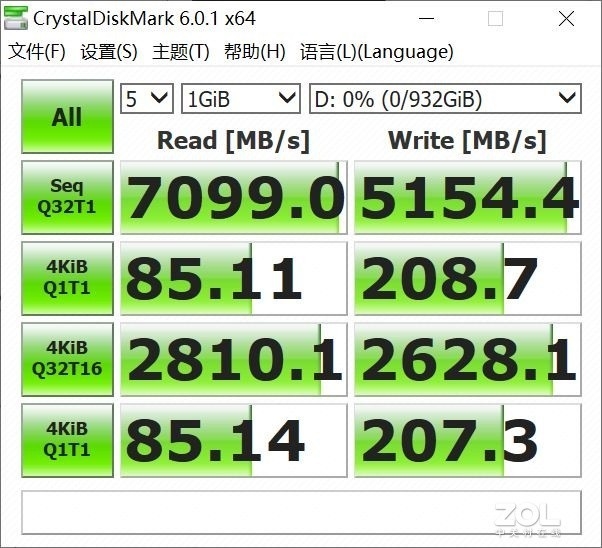 According to the capacity and model, the size of dynamic cache also varies. For the 1TB model 980pro pcie4.0 SSD, SamsungIt is equipped with 6GB default cache and 108gb dynamic intelligent cache.

In other words, users can experience the absolute performance of Samsung 980pro perfectly within the write range of 0-114gb;

In fact, for most ordinary users,The amount of single write is far less than 100GBSo this kind of technology is very meaningful for users.

The attitude of the industry leader often dominates and determines the development trend of the industry. As the pioneer of the storage industry, the entry of Samsung 980pro pcie4.0 SSD can be said to be a sign.

It means the rise and rebirth of pcie4.0 era. As for the follow-up development, all storage manufacturers need to form a joint force to promote.

Related news
Is PCIe 4.0 useless? The world's second largest flash memory factory supports PCIe 4.0
Samsung PCIe 4.0 solid state 980 Pro is coming! MLC Chuanjia granules, reading speed up to 6.5gb/s
Only MLC flash! Samsung shows PCIe 4.0 SSD 980 Pro
Only adheres to MLC flash memory Samsung 980 Pro PCIe 4.0 SSD
Surpassing Samsung 980 Pro PCIe 4.0 Strongest Hard Disk Easy Master: Or TLC Flash
Storage king style new Samsung 980 Pro flagship PCIe 4.0 SSD
Performance transformation from PCIe 3.0 to PCIe 4.0 Samsung 980 PRO
Samsung 980 Pro
Samsung 980 solid state disk exposure: cut off the PCI 4.0 and the main control memory, the grain does not change cheap
The PCIe 4.0 high-speed era has finally arrived! The flagship solid-state SSD is coming
Hot news this week
The developer of the dating app Tinder has reached an agreement with Google over billing rules for its app store
Still did it! Canada has banned Huawei and ZTE from participating in the country's 5G network on "national security" grounds
Red Elf Lightning erupts in the Himalayas Spectacular Spectacle: Experts Reveal What Exactly Is This?
Shipments in the first quarter fell 11%, exposed Xiaomi, OPPO, Vivo cut orders 20%, Apple bucked the trend to increase production
The founder of the Internet Quick Hand Su Hua was taken away for investigation, and the fast hand responded: the news was not true
Wang Xiang, president of Xiaomi, explained that a shortage of low-end chips is a major challenge in overseas markets
Tencent Q1: The business service business has "slightly decreased" year -on -year, and resource centralized video cloud and network security | View financial report
One picture to understand! Blue Factory has issued 3 new machines in a row: self-developed chip blessing, the narrowest lower border
Or for Studio Display Pro, the release of Apple's 27-inch Mini LED-backlit Display has been delayed by October
Sony released the active noise-canceling headphones WH-1000XM5, equipped with 2 chips and 8 microphones
The most popular news this week
Amazon's new CEO participated in a shareholders' meeting for the first time: to restore normal profit, ready to cut off the excess warehouse
Baidu, Shunwei and Fosun are shareholders, and pharmaceutical Internet "unicorn" pharmacists help hand over the watch to the Hong Kong Stock Exchange
Google CEO Pichai: Recession fears intensify The cycle volatility in the tech industry is even more intense
Amazon CEO first appeared at the shareholders' meeting: to restore normal profit
Sony claims that the full recovery of membership upgrade fees is a technical error
Taobao 618 will be launched in the Yuan universe shopping: three -dimensional "shopping Taobao"
Yuncong will be listed on the Science and Technology Innovation Board on May 27 at 15.37 yuan per share
The amount refunded by the game company to the minor recharge should not be "discounted"
Regulatory Shot! Behind the app downtime of many securities institutions: how to break the digital transformation of securities companies
Apple iOS 15 Maps began offering AR walking navigation in Tokyo, Japan