Intel and US military cooperate to develop advanced chips: direct to China

In order to suppress the rise of China, the United States has a new action in the field of chips.

According to Reuters on October 2,Intel announced on Friday local time that it has reached a partnership with the U.S. military to help the military produce more advanced semiconductor chips.

According to the cooperation arrangement, Intel will use self-developed semiconductor packaging technology in factories in Arizona and Oregon to help the military develop chip prototypes.

It is reported that the U.S. government is working to improve the domestic semiconductor manufacturing industry, and its purpose is to suppress China's rise in the semiconductor field.

Research and development of advanced chips to strengthen enterprise backflow

It is understood that about 75% of the world's chip manufacturers are in Asia, and the chip giants, such as TSMC, Samsung Electronics and Hynix, are mainly concentrated in Taiwan and South Korea, all of which are within the range of Chinese and Korean troops.

It is this that has caused unease in the US government.

And Intel, as a U.S.-based chip giant, can help address future concerns about key technologies in the United States. 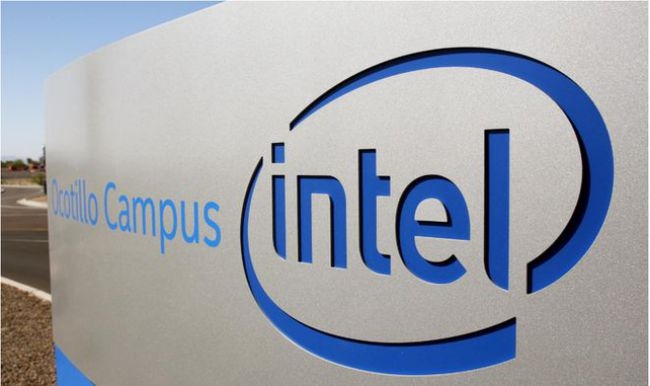 One of the key technologies in chip development is encapsulation, which enables different suppliers

At present, the highest process of chip manufacturing has reached 5nm, and TSMC is the first to realize its R & D and mass production. Next is Samsung Electronics.

In recent years, TSMC has always been the first chip manufacturer, accounting for more than half of the industry share. Intel, the only chip giant in the industry that can compete with it, has only realized a 10nm process.

And Intel won the second phase of the military contract, to a large extent, because of its headquarters in the United States. Dan Hutcheson, chief executive officer of VLSI research, said publicly that Intel has been studying packaging technology and has certain leading advantages. More importantly, it can complete this work in the United States, while TSMC and Samsung cannot.

Recently, Intel has just completed a $7 billion factory expansion project in Arizona. Next, it will work with the Oregon plant for the U.S. military's advanced semiconductor technology research and development. Intel did not disclose the exact amount of the contract.

In addition to strengthening the advantages of chip technology research and development, the United States government is also vigorously promoting the return of manufacturing enterprises such as chips. Almost all aspects of American society are heavily dependent on Chinese manufacturing. In March, Trump made it clear that America needs

Then in April, the White House's chief economic adviser, Kudrow, publicly stated that all expenditures of American enterprises moving back from China to the United States could be fully expensed in the current period, trying to encourage enterprises to return through indirect tax cuts.

Both accelerating corporate return and working with Intel, the U.S. government aims to restructure the chip industry chain and strengthen its core strengths.

If the above-mentioned measures belong to the category of normal commercial competition, then the US side, in order to suppress China's rise, takes unreasonable sanctions against Huawei and other Chinese enterprises by using its chip advantage, which is obviously in violation of international free trade regulations.

In May, the U.S. Department of Commerce

More than that, in a statement in August, U.S. Secretary of State Pompeo said the U.S. Department of Commerce has further tightened restrictions on Huawei access to U.S. technology by including 38 Huawei subsidiaries in 21 countries around the world

And this series of groundless measures to suppress U.S. enterprises is undoubtedly to hurt the enemy 1000 and lose 800.

It is reported that Huawei purchased a total of US $20.8 billion worth of semiconductor parts in 2019, ranking third in the world after Apple (US $36.1 billion) and Samsung (US $33.4 billion). Take Qualcomm as an example,

According to its financial data from 2016 to 2018, the revenue from the Chinese market in these three years accounted for 57%, 65% and 67% of its annual revenue respectively, of which the largest customer was Huawei. Once the ban on Huawei's chips takes effect, Qualcomm will lose at least $8 billion.

The same is true for AMD and Intel. Nearly a third of Intel's annual revenue comes from the Chinese market. As a result, US technology companies have been actively lobbying the US government to lift restrictions on Huawei.

Or under the pressure of technology companies, the U.S. government gave in. Shortly after the entry into force of the ban on 15 September, Intel、AMD obtained a permit to supply Huawei.

For whatever purpose, Chinese companies accept free competition under international trade rules and will not stop developing their own chips, as Ren Zhengfei previously said: