The space agency's transiting exoplanet survey satellite (TESS) captured a series of 208 images a year ago revealing the dazzling sea of stars and 74 exoplanets in the northern sky, nasa said monday.Currently, Tess has captured about 75% of the sky in two years. The planet Hunter ended its second year of scientific operations in July. 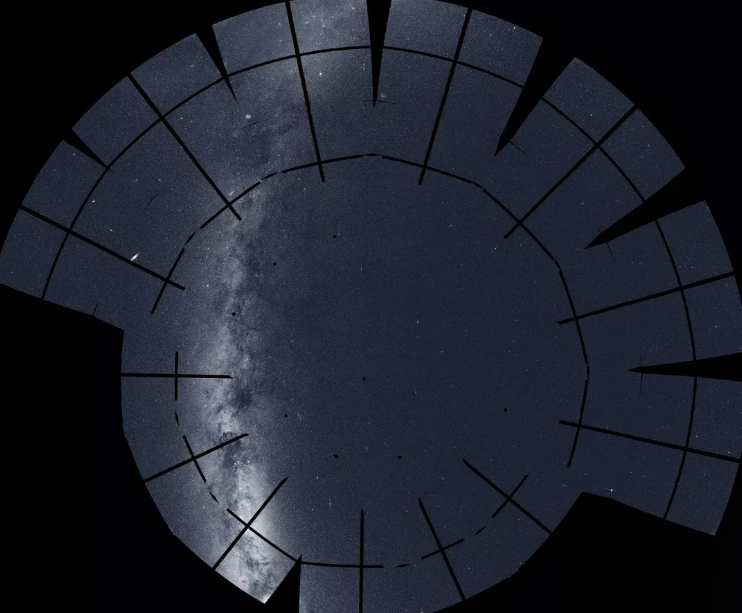 Astronomers are looking at another 1200 extraterrestrial candidates to see if there is a new world there. NASA says more than half of these candidates are in the northern sky.

Tess pinpoints planets by monitoring large areas of the sky with several stars at the same time and noticing any small changes in brightness. When a planet moves in front of its host star, it blocks part of the star's light, causing the star to temporarily darken. This happens every time a planet orbits its star, known as a transit.

"This technology has proven to be the most successful planetary search strategy to date, accounting for about three-quarters of the nearly 4300 exoplanets known so far," NASA said. "The data collected can also study other phenomena, such as stellar changes and supernova explosions, in unprecedented detail."

During TESS first year of operation, it took a panoramic view of the southern sky. mosaics in the northern sky are not so vast, because "for about half of the northern sector, the team decided to put the camera angle farther north to minimize the impact of scattered light from the earth and the moon ," NASA explained. "This leads to a prominent gap in coverage ."

this landscape map represents only a fraction of the data collected by TESS. This task divides each celestial hemisphere into 13 parts. TESS then use 4 cameras to shoot each part for about a month. These cameras contain 16 sensors called charge coupling devices.

TESS will now return to the southern sky for imaging for a year. It will revisit previously discovered planets, locate new planets, and fill any coverage gaps for the first survey. Improved data collection and processing means that TESS will be able to send back full sector images every 10 minutes. In addition to continuing to measure the brightness of tens of thousands of stars every two minutes, the satellite will be able to measure the brightness of thousands of stars every 20 seconds.

"These changes are expected to make TESS expansion more productive ," said Padi Boyd, a mission scientist at the NASA Goddard Space Flight Center. "High-precision measurements of star brightness at these frequencies make TESS an extraordinary new resource for studying flares and pulsating stars and other instantaneous phenomena, as well as the science of exploring trans-terrestrial planets ."