NVIDIA plans to launch the RTX 3080 20GB version in December this year, foreign media videocardz reported. We've heard about 20GB before the ampere series, which was originally planned to be released after AMD's big Navi. The new schedule indicates that NVIDIA plans to postpone it by one month.

NVIDIA RTX 3080 will be based on PG132SKU20, and have been on the market for some time. Although it has the same CUDA kernel, the memory capacity is twice that of the existing one. Taking into account that killer games like Microsoft Flight Simulator 2020》 have eaten up all the Ti 2080 offers vRAM, the next 10 years or so will be a little small. 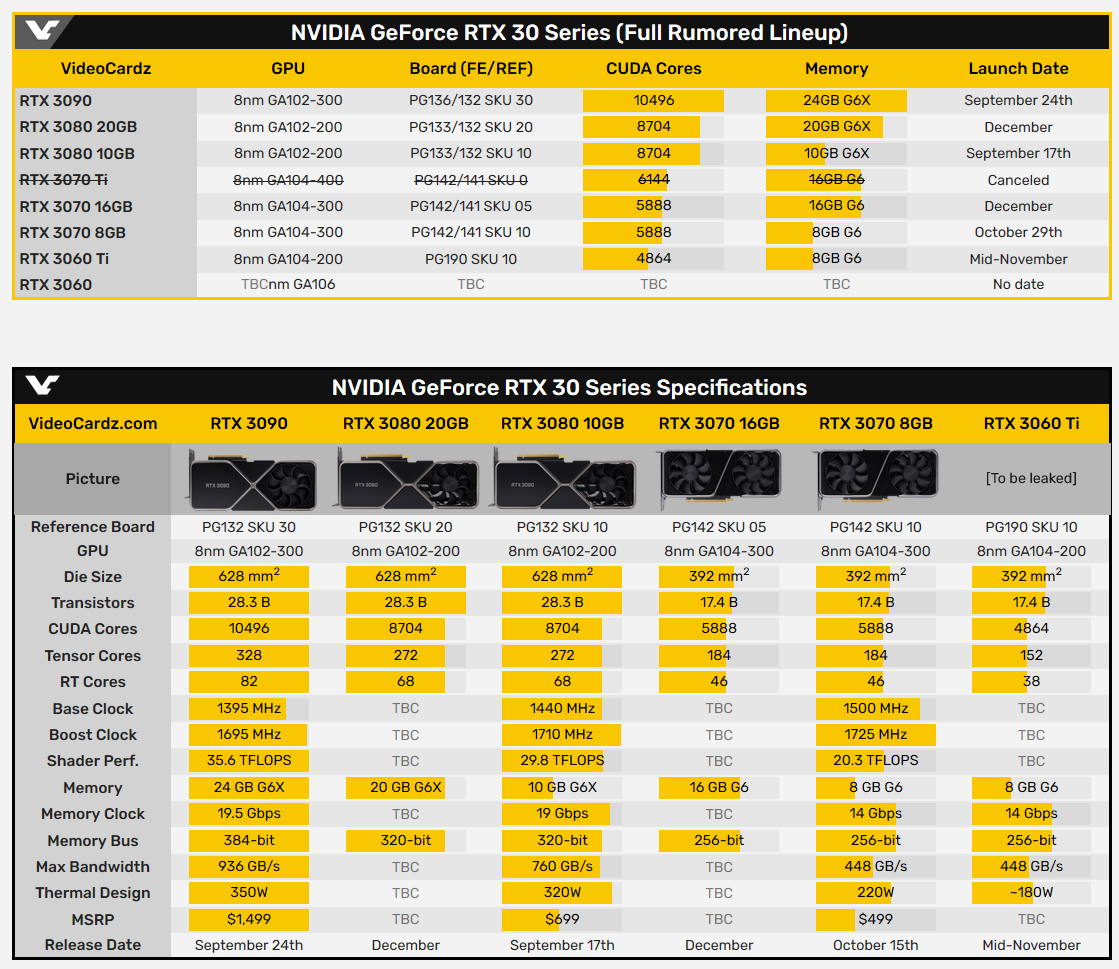 According to the source, NVIDIA plans to release two SKUs in December: 308020gb and 307016gb. According to the news, 3070 Ti with 6144 CUDA has been cancelled. At present, the specific reason is not clear, but foreign media think that the possible reason is the capacity problem of ga104 (pg142 SKU 0 needs a complete GPU to run).

Geforce RTX 3070 8GB will be updated to 16GB of memory. The SKU, code named pg142 SKU 05, is also expected to be available in December. Meanwhile, the launch of RTX 3060 Ti in the mid tier market has been postponed to mid November, according to sources.