This aspect confirms that the new generation desktop processor based on Zen 3 architecture skips the 4000 series, directly named Ryzen 5000 series.

On the other hand,And this is the last of Intel present

In fact, there were reports about the naming of ryzen 5000 Series as early as August this year. At that time, it was reported that the desktop version APU based on Zen 2 architecture and code named Renoir occupied many models of 4000 series (for example, 4700g, 4750g, etc.), and AMD hoped to subdivide the third generation chips of the next higher digital series to highlight the innovation of Zen 3. 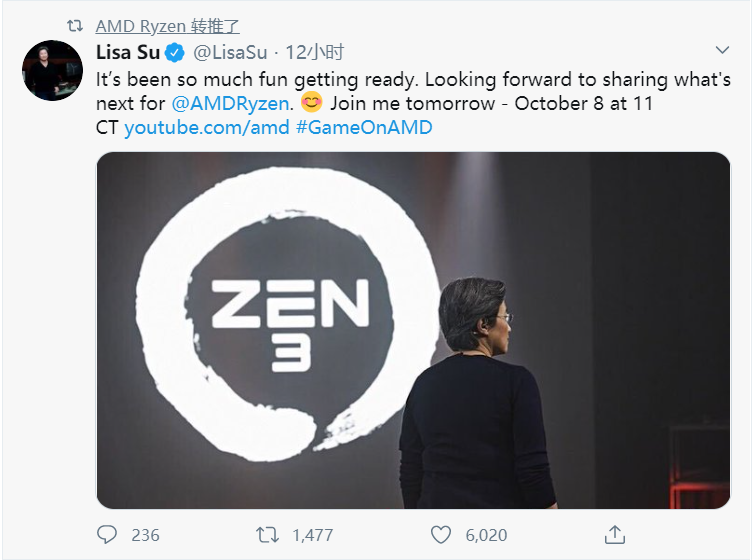