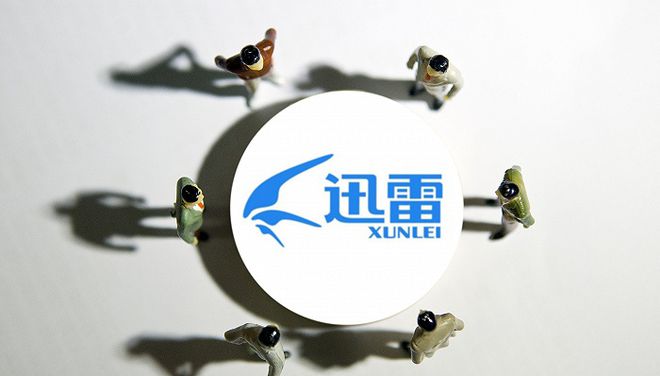 On October 8, Shenzhen Xunlei Network Technology Co., Ltd. announced that Chen Lei, the former CEO of the company, and others were suspected of job encroachment. Shenzhen Public Security Bureau has filed a case against Chen Lei's crime of duty encroachment.

On the 9th, more details related to the case surfaced. A person close to Xunlei disclosed that Chen Lei was suspected of using false trading links to embezzle the company's assets, making false contracts to extract company funds, and the amount involved was huge.

According to the person familiar with the matter, the new management of Thunderbolt has evidence that a company called

The person also said that Chen Lei's embezzlement of the company's assets during his tenure was related to Dong Hao, a former senior vice president of Xunlei.

Several former netheart employees disclosed to the interface news that the relationship between Chen Lei and Dong Hao is an open secret inside Xunlei. They had a son during their tenure in Xunlei, but they never responded positively. The board of directors has been dissatisfied with this for a long time.

According to the people familiar with the matter, Chen Lei placed a group of Dongying's fellow villagers and girlfriends in Hegang, Heilongjiang Province, in key positions of the company, and obtained the company's funds through false transactions. A former Xunlei former employee confirmed this statement to the interface news reporter, and revealed that an executive of Xunlei was actually a college classmate of Dong Hao.

It is reported that in early April this year, Chen Lei had secretly left the country. In the announcement, Xunlei called on Chen Lei to return home as soon as possible to cooperate with the investigation.

It is worth mentioning that Chen Lei is not consistent with the above-mentioned informed people about the occupation.

In May this year, Chen Lei took the initiative to inform the media that due to

Chen Lei said that after leaving, he and his subordinates had discussed the handover with the new management team, but

He said at the time that he was

In an outside interpretation, the announcement means that Chen Lei is officially

After the new senior management team took office, Xunlei has made great organizational structure and business adjustment. According to interface news, there were more than 100 people in Xunlei blockchain business, which Chen Lei attached great importance to. However, after Chen Lei left, the new management team was not optimistic about the future of the blockchain business and took a large number of layoffs. As of June this year, Xunlei blockchain team has only about 10 people left, and the staff size of netheart technology has also been reduced by nearly half.

Xunlei's second quarter financial report showed that its total revenue was $44.3 million, down 8.3% month on month; net loss was $11.8 million, up 114.5% month on month. Xunlei explained in the financial report that the company restructured in the second quarter, and some unnecessary expenses were eliminated, making the company's business more streamlined. However, this has affected the company's revenue, resulting in a large number of one-off expenses and impairment, which are expected to be fully recovered from the expected cost savings in the next few quarters.

At the beginning of April this year, Xunlei suddenly announced that Chen Lei, CEO of Xunlei group and its subordinate Xunlei, netheart technology and other affiliated companies, no longer holds the post of CEO. Wang Chuan, Chief Strategic Officer of Xiaomi group, resigned from the post of chairman of Xunlei. And these two positions are taken over by Li Jinbo, former technical director of Xunlei. Chen Lei told the media that he shouldn't be the CEO in 2017, which is a feud with the old team. He also said that he may have committed the taboo of many professional managers. First, he offended some people, and second, he was too simple.

Related news
Xunlei exposes details of Chen Lei's case: illegal money speculation, but also has a son with Vice President
Chen Lei was filed for investigation on suspicion of duty embezzlement! His relationship with Thunde
From Xunlei to Xunlei: Chen Lei's three ups and downs
Former CEO was put on file to investigate "national software" Xunlei lost money for six years
Money Spells to Attract Money Instantly +27836633417
+2349025235625 I want to join occult for money
+2349031459947 %%π¶ I want to join occult for money ritual
China to Crack Down on Illegal Fundraising Targetting the Elderly
Hot news this week
Biden signed a chip and scientific bill, a video call of WeChat iOS internal test suspension window, the advanced CPU caused Win11 to be difficult to use, Huawei new machines enter...
Alibaba: Shareholders SoftBank will settle in advance for advanced payment in advance involving a maximum of about 242 million ADR
Text message color, picture quality compression! Google calls out Apple for improving cross-device messaging
How to regulate the "broken card" operation to crack down on electrical fraud to prevent "accidental injuries" with cards?
Musk's eyes! Lei Jun released a full -size humanoid robot Xiaomi self -developed strength explosion table
Japan has confirmed that China has overtaken the US for the first time in the world's top three indicators of scientific papers
SoftBank Group announced the early settlement of up to 242 million forward contracts for ADRs in Alibaba, reducing its stake to 14.6 percent
iPad 10 will be absent from iPhone 14 conference: October appeared on Apple's last non -comprehensive tablet tablet!
The three major indexes of the US stocks opened sharply: ROBLOX fell more than 4%, Twitter and Tesla rose more than 3%
Kuaishou TOB business Yu Bing: Self -developed chips or mass production after the end of the year, the video must be turned into light industry
The most popular news this week
Tencent's agent of the Russian war online game announced the suspension: Customs Customs in October
Will the heat this summer cause the winter to be extremely cold? Expert science
New Intel NUC Mini! First time with Core P 12 and a castrated version
Lenovo and Motorola are involved in the case! US ITC launched 337 surveys on mobile electronic devices
Apple excludes RCS from iMessage iPhone users miss out on 5G messages
Can the Bayeng government smashing the billions of dollars to subsidize the new energy vehicle market, can the goal of "Made in North America" achieve it?
Windows 12 new picture is here: Feel it in advance
Intel NUC 12 Pro is now available
A total of 195,000 employees in Huawei: 30-50 years old is the main force
Have you ever seen a mobile phone that hides Bluetooth headset? Nokia New Machine Pre -sale: 599 yuan