In August, the installed capacity exceeded LG Chemical, and Ningde era regained the first place in the world 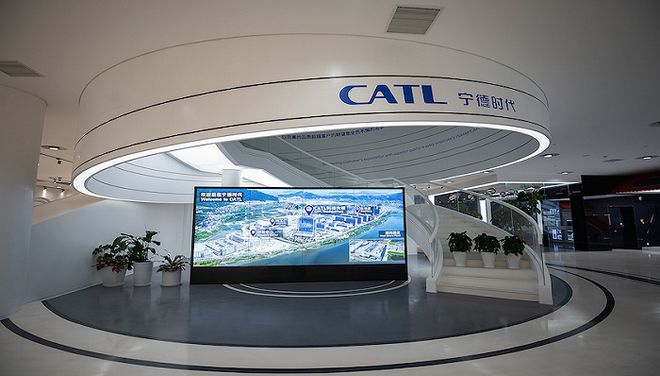 LG Chemistry and Panasonic ranked second and third, accounting for 22.2% and 19.4% of the global installed capacity at GWh 2.4 and 2.1, respectively.

From 2017 to 2019, Ningde times has become the world's largest power battery for three consecutive years.

The first quarter of this year, thanks to Tesla Model 3、 Renault Zoe and Porsche electric vehicle orders, LG chemical installed capacity to catch up with the Ningde era, took the global hegemony. This counter-overweight continued until July.

From the total installed capacity in the first eight months of this year, LG Chemical is still higher than that of Ningde era, but the gap between the two sides has been narrowing, and the difference in market share is only 0.6%.

Before August, the installed capacity of global power batteries was 64.7 GWh, down 9.9% from the same period last year.

Among the top three power batteries in the world, Ningde times and LG Chemical have new production expansion projects. Compared with the two new projects, Matsushita is at a disadvantage.

Many industry insiders have told interface news reporters that the next 5-10 years will be the era of Ningde and LG Chemical.

According to the Korea economic daily, South Korean battery industry officials believe that the new energy vehicle market in China was seriously affected by the new crown epidemic in the first half of the year, which is an important reason why LG Chemical can counter the Ningde era.

Since July, China's power battery manufacturers will narrow the gap with their South Korean rivals as the new energy vehicle market in China has recovered significantly, the official said.

China sold 83000 pure electric vehicles in August, accounting for about 51% of the global sales of 163 000 vehicles, according to EV sales.

According to the South Korea economic daily, Ningde era will make efforts in the European market next, and its wholly-owned subsidiary, the Turing era (CATT), which is invested and established in Germany, is advancing.

In addition, Ningde times won the cooperation agreement from Daimler group, the parent company of Mercedes Benz, in August this year. It will produce soft pack batteries for Daimler and provide batteries, modules and battery systems for Mercedes Benz. 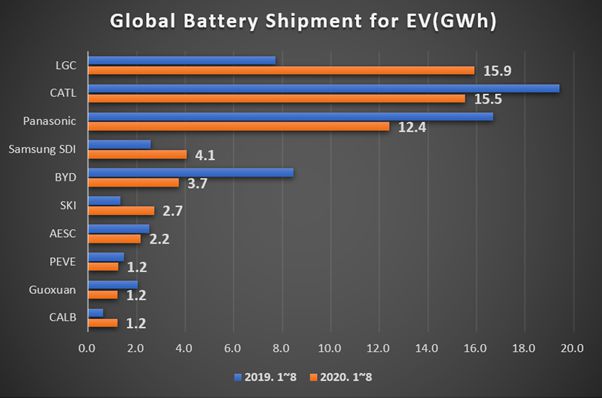 At present, the first camp in the power battery industry is dominated by Chinese, Japanese and Korean manufacturers.

Related news
LG Chemical is the world's largest installed capacity! Ningde era: Tesla and international orders gradually released in the second half of the year
Share has exceeded Ningde era! LG chemical confirmation to split battery business
In August, the installed capacity exceeded LG Chemical, and Ningde era regained the first place in the world
LG Chemical plans to establish battery company with several auto companies
Share over Ningde era! LG Chemical third quarter operating profit rose 158.7 percent year-on-year record
#!! MANAR PURE SSD CHEMICAL SOLUTIONS+27715451704 AND ACTIVA
*+27670236199 @ MUSU BEST SSD CHEMICAL SOLUTIONS AND ACTIVAT
here.@ ***
SELLING SSD AUTOMATIC CHEMICAL SOLUTION FOR CLEANING DEFACED
(SSD Chemical Solution for Sale).+27788676511
Hot news this week
Zhao Lijian responded to the British "blocking" Huawei: generalizing the concept of national security harms others and harms themselves
Zhao lijian said the UK's decision to block Huawei under PRESSURE from the US was damaging others and not benefiting itself
Tencent web drama "Beginning" Douban opening score 8.2: the male protagonist's mobile phone has become a highlight!
Samsung's new notebook patent publication: the keyboard is divided into two-quarters after two folds.
AsiaInfo Technology Announces Acquisition of iResearch Consulting to continue to increase digital operations and digital and intelligent transformation
Canon China plans to close some production lines in Zhuhai in response to the zhuhai company's suspension of production
Breakthrough: Chinese scientists have discovered and confirmed the boson exotic metal for the first time
Volkswagen's sales in China plummeted, a record low in 8 years! The CEO revealed the reason for the helplessness
Only 2 decisive headphones Class A Certification of the Ministry of Industry and Information Technology? Perhaps it is misunderstanding
1KW electric energy production 3KW heat Tesla hot pump low temperature hidden dangers were investigated
The most popular news this week
Can Jay Chou listen free? Look at 15 seconds, listen to 30 minutes song, QQ music internal test free listening song mode
Activision Blizzard employee: It's good that the company is being bought by Microsoft. Maybe it can be saved
The Hang Seng Technology Index is 0.95%: Netease has fallen over 3%, and the quick hand fell over 2%.
China's groundwater resources reserves are identified for the first time: the southern freshwater reserves account for only 5% of the country's total
Microsoft Gaming Executive: Had a friendly call with Sony management
The United States seeks to contain scientific giants Google 2021 year tour spending increased by 13 million yuan
QQ Music ranked third among the world's most popular music platforms
IPHONE open side load? The US Senate Group has approved the bill to vote
钛媒体科股早知道：价格创十年新高，需求占比或提升5倍以上，特斯拉全球出击疯狂抢占该资源；国家卫健委研究出台更多积极生育支持措施
Take stock of Microsoft's top ten acquisitions: 3 of the more than 10 billion US dollars Nokia is not in the top 5