Stimulated by this news, SMIC international, which has been in a slump for a long time, today saw A-share and Hong Kong shares rise sharply, driving A-share semiconductor concept to be red.

Up to the press release, SMIC A shares and Hong Kong shares rose nearly 14% at one time, while semiconductor equipment suppliers such as Zhongwei company, North Huachuang and Anji technology also increased by more than 5%. 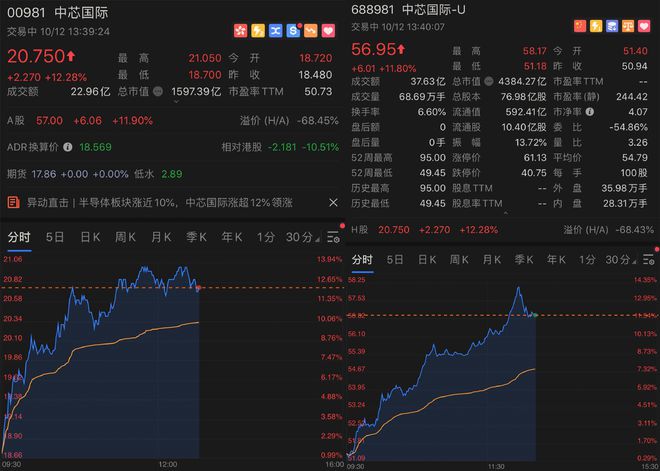 Regarding the N 1 process, SMIC International Joint CEO Liang Mengsong revealed at the beginning of the year that the process is very similar in power and stability and does not require EUV lithography, but the performance is not improved enough. So the N 1 process is for low-power applications.

The so-called successful tape, the Chinese Academy of Sciences Institute of semiconductors related to the introduction to the observer network, is in the laboratory to get performance indicators of the device. However, in order to achieve real mass production, the reliability and degradation mechanism of the device still need a lot of data support and repeated verification. 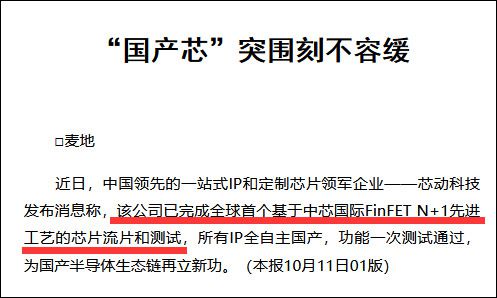 In an article entitled

In fact, tape is a necessary step before chip mass production. In order to test whether the integrated circuit design is successful, it is necessary to carry out trial production of the chip to verify whether the circuit has the required performance and function. If the tape is successful, the chip can be mass produced in large scale; on the contrary, we need to find out the reasons and optimize the design accordingly.

Just a month ago (September 18) SMIC was inSmall batch trial production is expected by the end of 2020.

Although SMIC has never confirmed it, there has been speculation

This February, SMIC International Joint CEO Liang Mengsong at the financial report meeting for the first time disclosed that in terms of power and stability, the N 1 and 7 nm processes are very similar, the only difference is in performance, N 1 process improvement is relatively small.

Turning to specific data, he revealed that SMIC's international N 1 process, compared with 14 nm, improves performance by 20 percent and reduces power consumption by 57 percent, while the 7 nm market benchmark performance should be 35 percent, so the company's N 1 process is for low-power applications.

Previously, SMIC ordered an EUV lithography machine from ASML of the Netherlands for the next generation process manufacturing, with a value of up to 150 million US dollars, which was originally planned for delivery in early 2019. But the deal has not yet been completed despite the obstruction of the US government.

To the outside world

It should be noted that at present, only TSMC and Samsung can mass produce 7Nm chips in the world, and Intel 10nm products of IDM manufacturer have just come into the market, and 7Nm chips may be postponed to 2023. This means that SMIC is expected to catch up with Intel in the manufacturing process. 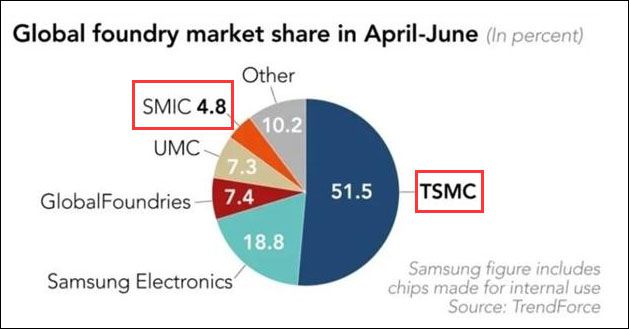 In the news released on the official website, core technology mentioned that since 2019, the company has invested tens of millions of yuan in design optimization to complete the lead in completing the NTO core N 1 process is still mature. The first chip based on N 1 process has been tested and iterated for months to help SMIC break through the bottleneck of N 1 process yield.

According to the observer's website, there are many news related to SMIC international on Xindong's official website. For example, it has been awarded the best partner of SMIC for four consecutive years (2013-2016), the R & D and mass production success of a number of high-speed interface IP based on SMIC's international 14nm process.

It is worth noting that while cooperating with many chip companies, SMIC has also been involved in many commercial disputes.

In April, in case of dispute over the performance of the contract, core technology sued the sealed manufacturer Changdian technology in Wuxi and launched a claim of $25million.

According to the company, SMIC and Changdian technology signed the contract for entrusted chip packaging design and processing in March 2018, and the latter provided chip packaging services. Due to the unqualified packaging quality, the chip could not work normally, resulting in the loss of incoming material cost of 14.151 million US dollars, and the chip and wafer inventory temporarily detained by Changdian technology reached 12.864 million US dollars, a total of losses 25 million dollars.

Changdian technology disclosed in the announcement that the core technology company (overseas company of core technology) registered in Samoa has entrusted Xingke Jinpeng, a holding subsidiary of Changdian technology, to provide chip packaging services for its bitcoin miner chip since August 2017. By the end of March 2018, SMIC should pay about $8 million for the packaging and testing service fee of Xingke Jinpeng until June 2018 In January, the service fee payable increased to $13.25 million.

But then, SMIC refused to pay the full service fee of US $13.25 million for the reason that the chip quality of Xingke Jinpeng package test was unqualified.

In this regard, Changdian technology and its holding subsidiary, Xingke Jinpeng, temporarily withheld the chips and stored wafers handed over to Xingke Jinpeng for packaging and testing.

Incidentally, on the day the zhuhai special zone newspaper released the successful news of smic international N 1 process stream, li hui, vice president of zte, revealed that on the main control chips of 5 G of wireless base stations, switches and other equipment, zte's self-developed 7 nm chips have been commercially available.

It is worth mentioning that in mid-2018, when China Merchants Securities commented on ZTE, it said: