Master Lu announced the third quarter of 2020 PC hardware rankings today. Compared with bullying Intel wantonly on the CPU processor list, amd has no defense against NVIDIA on the video card list.

The data is from Lu master data center from July 1 to September 30, 2020. In order to reduce the impact of niche products (servers), more than 1000 test data are selected for sampling. 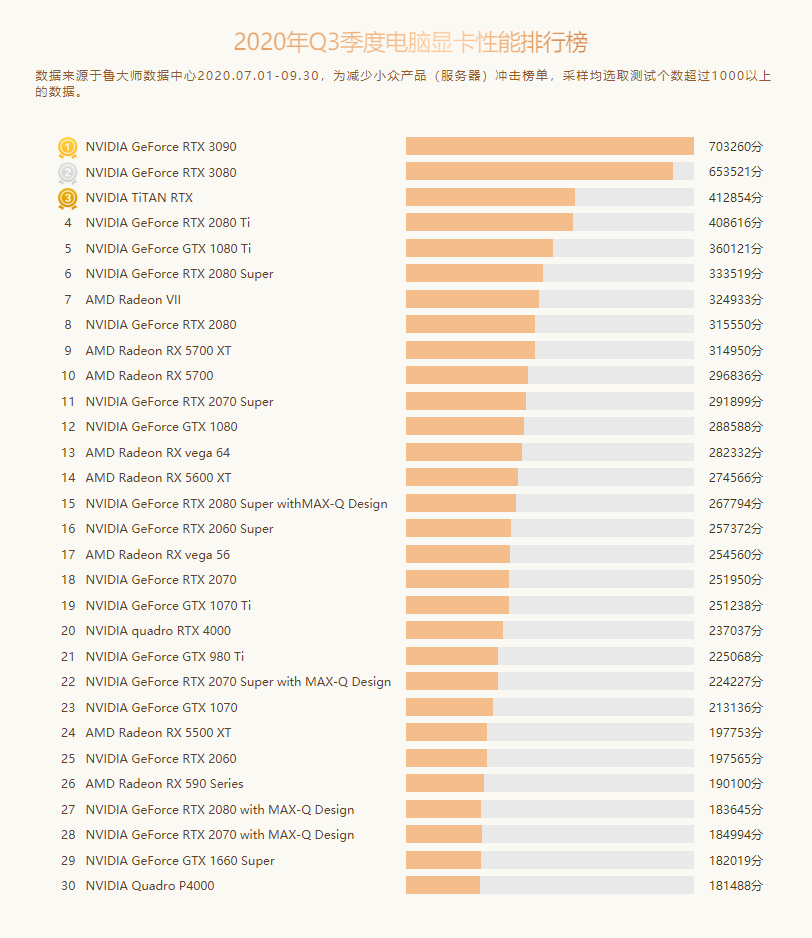 On the general list,With 30 seats, NVIDIA won 22 at one go, two more than last quarter. Moreover, NVIDIA monopolized the top six and seven of the top 10.

RTX 3090 won the championship, and its performance of more than 700000 has increased by more than 70% compared with the previous generation flagship Titan RTX and RTX 2080 tiThe number two RTX 3080 also exceeded 650000.

Amd radon VII has slipped from fourth to seventh, but it can't beat RTX 2080 super. Of course, the gap between them is very small.

There are also four versions of the max-q laptop, and the last one is the Quadro p4000.

AMD will release RX 6000 series, but at present, it is higher than RTX 3070 at most, and there is no hope of turning over. 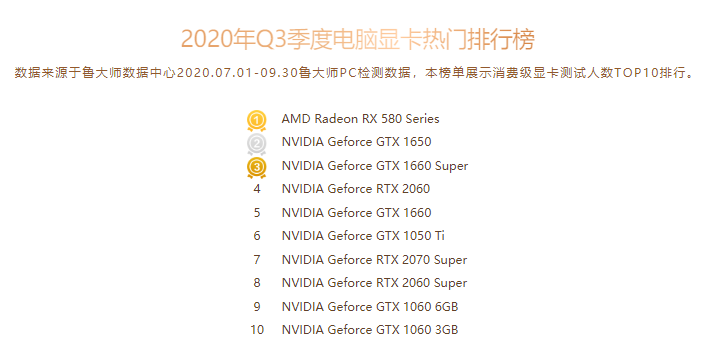 Hot graphics card list is still very interesting, RX 580 continues to rank first, and is still the only a card.

At present, the RTX 30 series has been rapidly promoted, and RTX 20 and GTX 16 series have been discontinued. However, due to the inertia of products, this list will not change much in the short term.

Share,NVIDIA was far ahead of 71.07%, 2.61% higher than the previous quarter. I have to feel that the old yellow knife is invincible 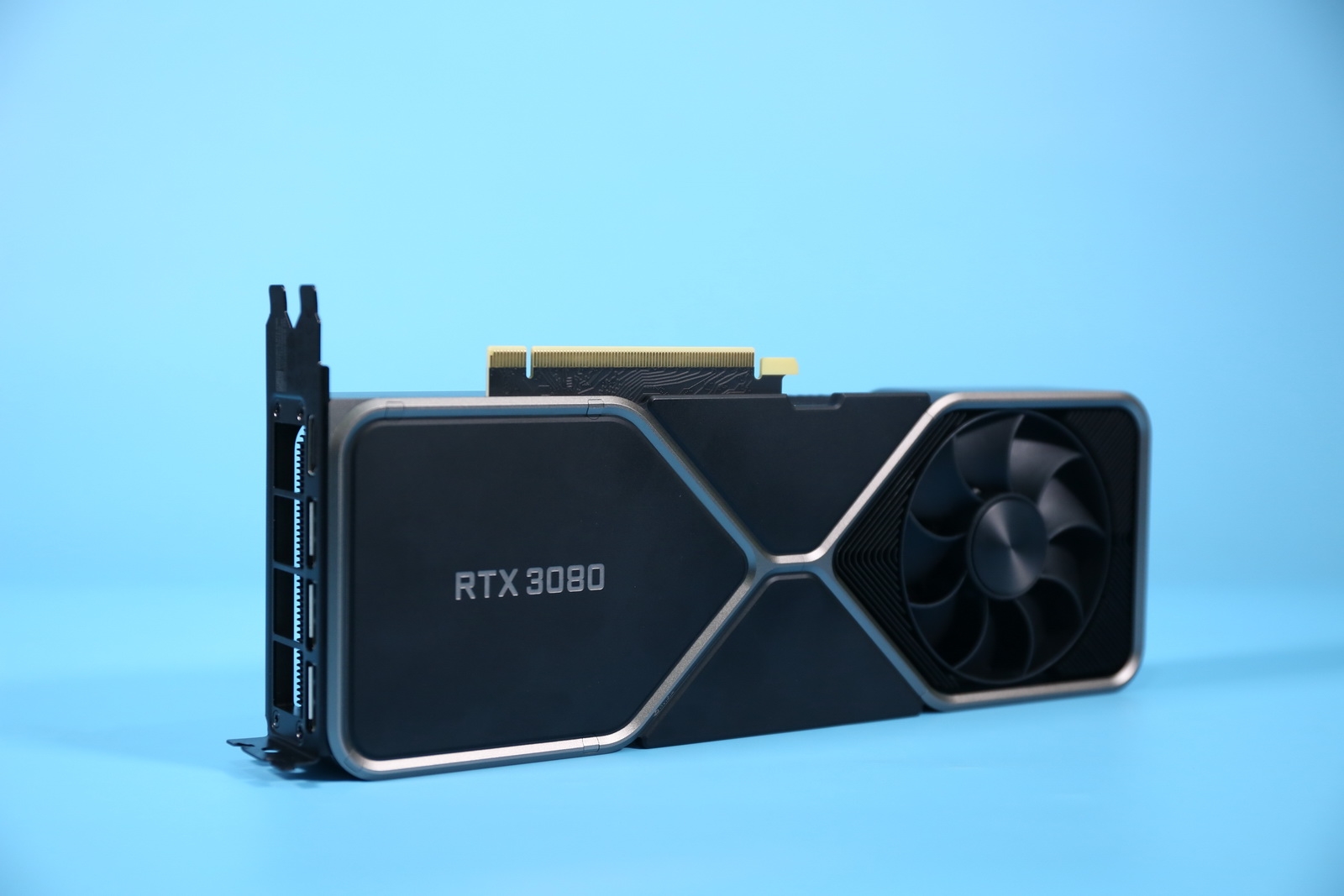