Apple iPhone 12 series, it seems to be a heartbeat signal; well, Zhenxiang warning! 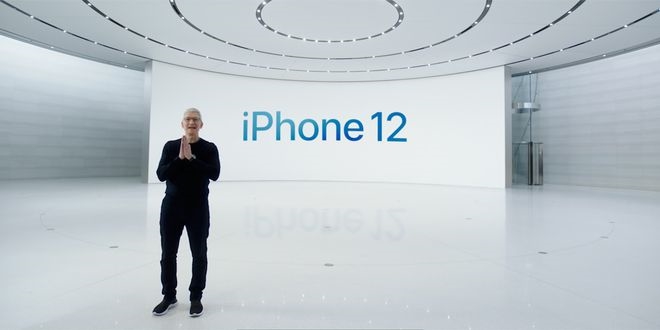 For apple, the iPhone 12 series is the first new product to enter the 5g era, and it is also an opportunity for apple to surpass Huawei in the world. In 2019, Huawei overtook apple to become the world's second-largest mobile phone manufacturer; however, due to the U.S. sanctions, Kirin 9000 may become the best, which will affect the market share of Huawei's high-end flagship mate / P series.

Market analysis that these shares will be divided by Samsung and apple, Apple may usher in the opportunity to overturn.

In fact, in addition to the conventional hardware upgrades, we are most concerned about whether Apple supports 5g. After all, 5g of domestic mobile phones has developed for more than a year, and 5g products have been reduced to less than 1000 yuan.

In order to guarantee 5g signal, apple said it has customized antennas and wireless components with high sensitivity and high efficiency. Then, the iPhone 12 Pro can support as many 5g bands as possible, and the whole software is analyzed and optimized to give full play to the potential of 5g. 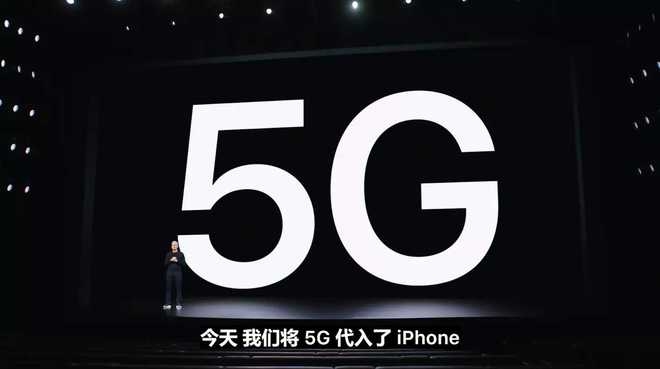 Apple did not mention whether there was any credit from Qualcomm. According to outside speculation, apple and Qualcomm have reached a comprehensive settlement before, and may use the latest 5g baseband chip provided by Qualcomm on the iPhone 12 series, so as to improve the signal performance.

However, this speculation has not been confirmed.

In addition, in the use of the network, previously exposed

A tribute to iPhone 4 retro design

For ordinary users, in addition to supporting 5 G, the most intuitive feeling is design. 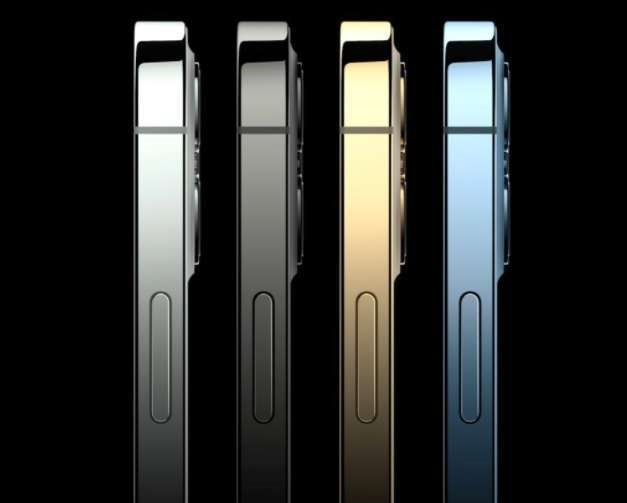 As we all know, since iPhone 6, the outline of Apple's mobile phone has maintained a rounded rectangular style, lasting five or six generations, consumers have formed aesthetic fatigue. iPhone 12 series returns to the flat angle border design, not only brings the brand-new experience to the consumer in the sense organ, but also salutes iPhone 4, has won many fruit powder good will. As you know, iPhone4 generation is known as Apple's classic, both in sales and word of mouth. 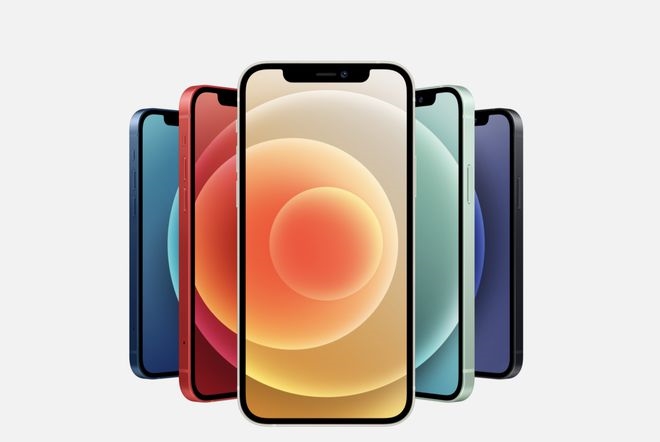 No surprise, the iPhone 12 uses the latest A14 bionic chip. It is also the first chip in the industry to mass produce 5nm process.

The powerful performance of Apple's A-Series chips is obvious to all. A14 bionic chip has been unveiled at Apple's first autumn product launch in September this year (2020). Apple gave the first launch of the A14 chip to the iPad air, bringing a lot of surprises to everyone.

According to the official data of A14 bionic chip released by apple, 11.8 billion transistors are integrated in the chip, which is 40% more than that of 7Nm chip. The CPU adopts a new six core design, which improves the performance by 40% compared with A12 bionic chip. The performance of graphics processor is improved by 30%. The machine learning engine with 16 core architecture can achieve amazing 11 trillion operations per second and machine learning performance It's also doubled. 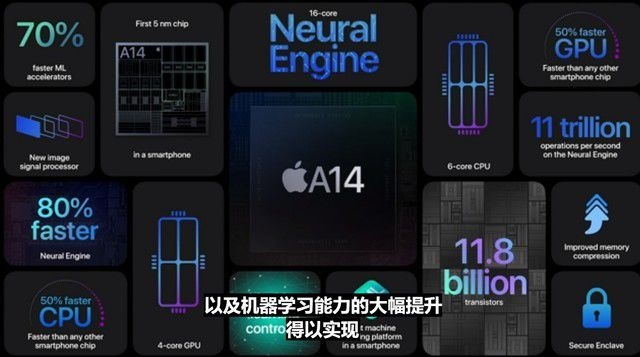 You should know that Huawei mate 40 series, released 8 days later, also carries a 5nm process chip, Kirin 9000. According to the Convention, Huawei will release the latest Kirin chip at IFA exhibition in September, but this year's IFA exhibition is absent due to well-known reasons. At that time, it was rumored that Kirin 9000 would be released together with Huawei mate 40 series.

They are also the latest 5nm process produced by TSMC. Which is better, apple A14 bionic chip or Huawei Qilin 9000?

There are a few iPhone versions this time

And this time, the iPhone 12 series has brought four new machines in three sizes, and be named after the previous generation

It's the largest number of new iPhones ever released in a single launch, with the largest size and new mini models on the scene.

In terms of taking photos, the night mode of the iPhone 12 series can be used for wide-angle and ultra wide angle cameras, and the low light shooting ability is stronger. In particular, with the help of lidar technology, the iPhone 12 Pro Series can shoot people in night mode.

In particular, in terms of anti shake function, the iPhone 12 series does not adopt the OIS optical anti shake technology, which is widely used at present. Instead, it is equipped with sensor displacement type anti shake technology. This technology has always been a unique secret technology of digital SLR cameras, and this is the first time that it has been used in smart phones. 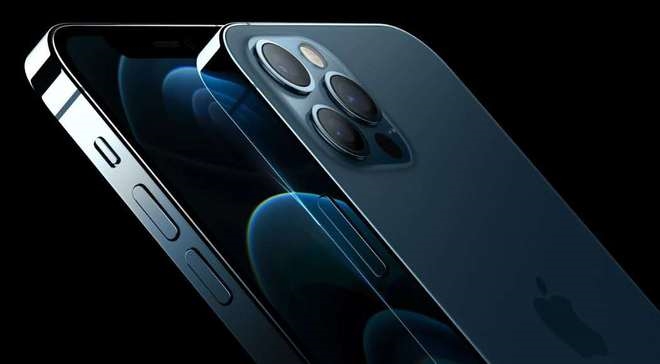 According to media reports, the trajectory of sensor displacement anti-shake technology is that when the main camera is shot, the sensor is moved rather than the lens, so it can improve the camera capture dynamic effect and video anti-shake experience.

Previously, there were rumors that iPhone 12Pro would support a refresh rate of 120 Hz, but Apple's industry chain analysis Guo Mingwei said in September that all new iPhone would not have a refresh rate of 120, and the feature would be introduced in 2021. Now, it does wait until next year.

To sum up, the iPhone 12 series, as the first Apple product to enter the 5g era, still has sincerity. As for the market performance, the third-party institutions are still very optimistic.

Apple's performance this year was unexpected and completely unaffected by the epidemic. On apple's third-quarter report this year, apple CEO cook said iPhone business grew more than expected, saying the market was doing well in may and june.

Omdia released its latest list of mobile phone sales. According to the report, in the first half of this year, the iPhone 11 sold 37.7 million units, becoming the largest number of mobile phones shipped, with 23.3 million more than Samsung's Galaxy A51. 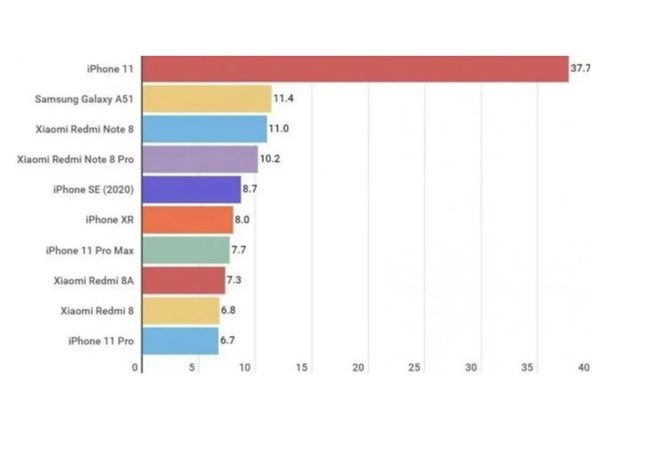 For this year's release of the iPhone 12, the industry is generally optimistic, because it will drive Apple users to change planes.

China's market was on the eve of iPhone 12 release, according to the Morgan Stanley report

As a result, the report points out that the possibility of iPhone replacement in the Chinese market is very significant, the highest in the past four years, which also means that the growth rate of iPhone shipment will significantly accelerate in the 2021 fiscal year.

Also, Apple's head-on rival Huawei, which will be released after eight days, may be called

The kylin 9000 may be a hit because of u.s. sanctions, Huawei will lose market share in the high-end flagship Mate/P series. Huawei, according to Digitimes reports

In 2019, Huawei overtook apple to become the world's second-largest mobile phone manufacturer. However, after Huawei is banned, apple is likely to take this opportunity to turn the tables and reshuffle the market.

Related news
The History of the Development of the iPhone Camera
IPhone 11 will fall below 4000 yuan: wait for 5g iPhone 12 or start immediately
iPhone 12" popular lover "or" tasteless food "?
IPhone 12 series short board summary: not only poor endurance
How to experience iPhone 12 Mini with one yuan
What kind of iPhone 12 can you buy for 39 yuan?
Cook didn't expect iPhone 12 sales to reverse
Hot news this week
China has found 35 known cases of the new zoonotic virus Langya
Monkey acne cases have ranked first in the world that the United States has announced the emergency state of public health
Credit card points rule intensive adjustment online transaction points more "valuable"
Losses in a single quarter of $ 23.4 billion a record, SoftBank did not carry the plunge of technology stocks and the devaluation of the yen
The prevention and control of the American Monkey epidemic has failed. What should I pay attention to?
Sources say Samsung's Galaxy Z Fold4 is going up in price: a 512GB top unit will cost more than 13,000
Is the micro -business headache? WeChat friends are suspected to have a big move: 7 can only be posted a week
Kuaishou launched a self-developed cloud intelligent video processing chip: The chip has been streamed successfully
The new product of Xiaomi MIX is coming: both internal and external dual -screen has been upgraded to make up for the previous generation.
A new zoonotic virus, Langya, found in China has not yet been confirmed to be transmitted from person to person
The most popular news this week
Mr. Lei: Mr. Bezos apologized to me for not taking good care of Joyo.com
Ever wanted to buy Tencent QQ, Alibaba asked for a stake? Lei jun rumours
Lei Jun's first business thinking book "Xiaomi Entrepreneurship Thinking" was introduced to the latest and most complete Xiaomi methodology summary
Apple's iPhone is no longer a symbol of wealth in China: for reasons to be proud
Xiaomi Motor Autonomous Driving First Show: Automatic Charging of Autonomous Driving in the whole scene
Musk's eyes! Lei Jun released a full -size humanoid robot Xiaomi self -developed strength explosion table
The global streaming media have increased the animation circuit is becoming a new "breakthrough" for Youaiteng
Kuaishou TOB business Yu Bing: Self -developed chips or mass production after the end of the year, the video must be turned into light industry
Lei Jun: Once bid 10 million to buy NetEase was rejected by Ding Lei
Intel burns 23.2 billion won't make a decent graphics card