The Chinese academic community was withdrawn by science for the first time, and the team claimed that the data was misused due to poor communication of the epidemic situation

The paper published in science on July 10 was withdrawn.

This is also the first time that the Chinese scientific research team has been withdrawn by science.

The withdrawal time is only two months from the query raised by pubpeer, an academic anti-counterfeiting website.

The corresponding authors of the withdrawn paper are Professor Zhu bin of the school of energy and environment of Southeast University, and associate professor Song huaibing of the school of materials and chemistry, China University of Geosciences. The first author is Associate Professor Wu Yan.

In the withdrawal letter, the team explained:

The wrong use of pictures in the paper is due to poor communication under the epidemic situation. The paper will be finalized from mid December 2019 to March 2020. During this period, Wuhan city is closed. The author can only communicate between different cities.

Three months ago, the team of Zhu bin and song huaibing published a paper on solid electrolyte of fuel cell on science.

Not long after that, professional academics played dummyElisabeth BikFocus on the papers in pubpeerS10andS9bTwo experimental charts were questioned. 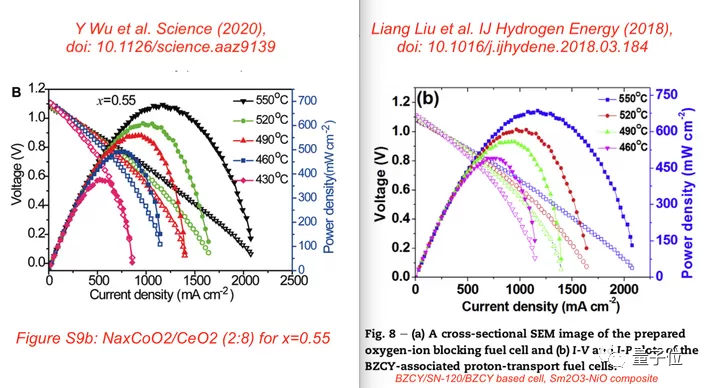 Elisabeth bik believes that the experimental pictures of this paper published in science are highly similar to the two papers published on ijhe before. 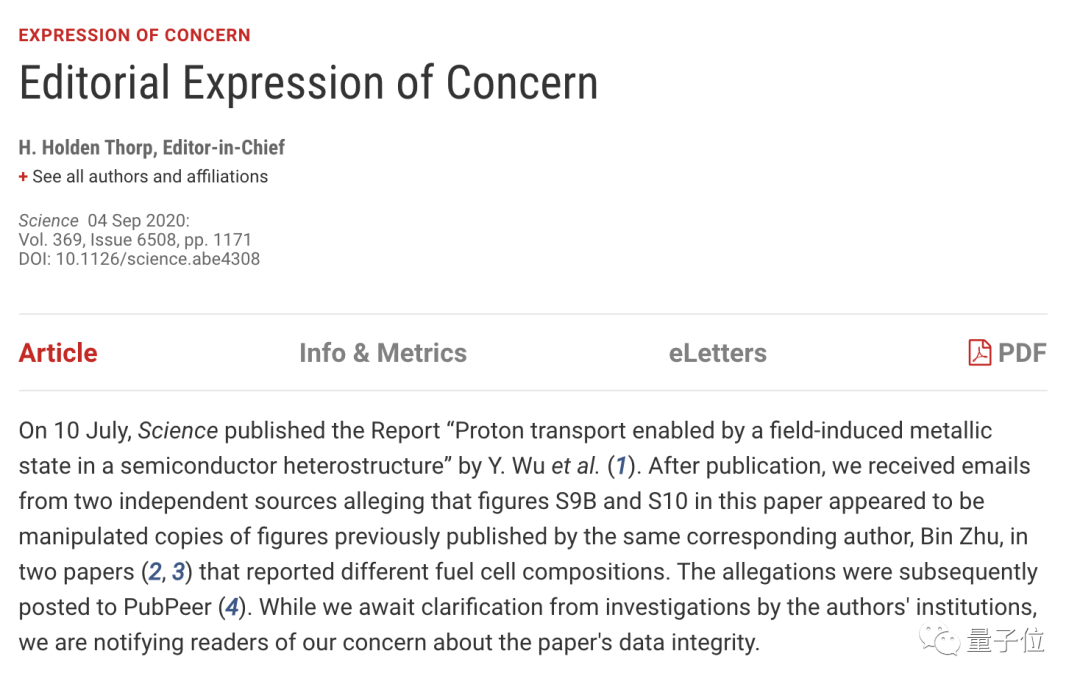 As for the S10 picture, the team explained:

The experimental image was previously saved in the experimental database, but an error occurred when computer data was transferred from one student to another.

For S9b pictures, the team said it was when drawing pictures

The reason is that the data test of figure s9b and figure 8b in ijhe's 2018 paper was conducted in the same period of time, and the experimental data were similar. Therefore, these data were wrongly saved in the same folder and finally drawn into a map, resulting in s9b containing the data in the 2018 paper by mistake.

Afterwards, the team repeated the experiment to reproduce the data and found two NaxCoO2/CeO2(x

As to why these errors were caused, the team said they were related to recent changes in location and personnel.

In June and September 2019, all laboratories of the school of materials and chemistry of China University of Geosciences moved to the new campus 30 km away. At the same time, the author, L. Liu, graduated and temporarily interrupted data transmission to his successor.

The manuscript novel coronavirus pneumonia was completed in mid December 2019 to March 2020, when Wuhan was closed due to the new crown pneumonia outbreak in 2019. All authors preparing manuscript and supplementary material data are isolated from each other in different cities and countries without access to laboratory computers or database resources, resulting in communication errors.

Finally, the team said in the withdrawal letter that:

Embarrassingly, three months ago, the cover paper of nature from the team of Xing Lida from China University of Geosciences (Beijing) was also withdrawn, becoming the first paper in the Chinese academic community to be withdrawn by nature.

The paper says the discovery in ambe

On July 22, the article was withdrawn by nature.

Related news
Chinese scientists protest against the scientific research environment in the United States. "Poisonous," Nature and Science speak out!
Science responds to "counterfeiting" of China's fuel cell research
Tencent calls on global talents to participate in the Trinity challenge to cope with major public health crisis with innovative thinking
The Chinese academic community was withdrawn by science for the first time, and the team claimed that the data was misused due to poor communication of the epidemic situation
The English name of Chinese liquor has been changed: Chinese Baijiu has been officially launched
Hot news this week
European Telecom I hope that the US science and technology giants bear the cost of network construction
5G Core Standard Essential Patent Competition: Huawei Wins again!
Sources say tesla's German plant will start production in December, while Volkswagen's Audi will start production of the Q4
WeChat "intercom" upgrade: point-to-point open external chain, group chat can access e-commerce class chain
Blue factory to create a new generation of mobile phone OS official announcement! Thoroughly remould oneself
It's not just Apple and Google! Samsung wants to reduce its dependence on Qualcomm by boosting its chips
The news said that Iqiyi lay off 20% -40%! The official responded: no deny
Australia pushes new libel laws to force Twitter and other platforms to reveal the identities of "keyboard warriors"
The latest variant of the new crown emerged in early November: new State of New York has entered a catastrophic state of emergency due to the outbreak
The first batch of invited to become Apple ecological developers, Bunkes launched a variety of Magsafe accessories
The most popular news this week
Never go back! Apple's generation of classic machines is closing
Kylin flagship Soc support! Huawei's new flagship Mate has been revealed to have a different look
120 seconds to see this year's only day full food: faint black picture spectacular!
The manufacturer of qualcomm U was questioned by big V! The executive wanted to laugh
China led: World's first international cyclotron standard released
Omicron from an AIDS patient? One expert came up with a new conclusion: Too surprising
The first AD for the Snapdragon 8 flagship phone is here! The pictures are the most beautiful
Wikipedia's first entry, "Hello,World! Will be auctioned as NFT digital art
Tesla's market value evaporates by $70 billion overnight Musk cashes out $10.9 billion a month
National Post Office: Anti-"Inside Volume"!