As for the most popular electric vehicles in China, most people will first think of Tesla Model 3.

However, there is also a car, easy to be ignored, but its sales are really rolling Model 3 models,It is the Wuling Hongguang Mini EV that has just been launched.

Recently, Wuling officially released the report card of Hongguang Mini EV in September. The data shows that in terms of new energy products, after the sales volume of SAIC GM Wuling reached a record high in August, its overall sales volume increased by 33% month on month to 24386 vehicles.

Among them, Hongguang MINI EV sales account for more than 80%, A total of 20150 vehicles were sold in September, double the model 3 of Tesla, becoming the fastest-growing model in the new energy car sector. 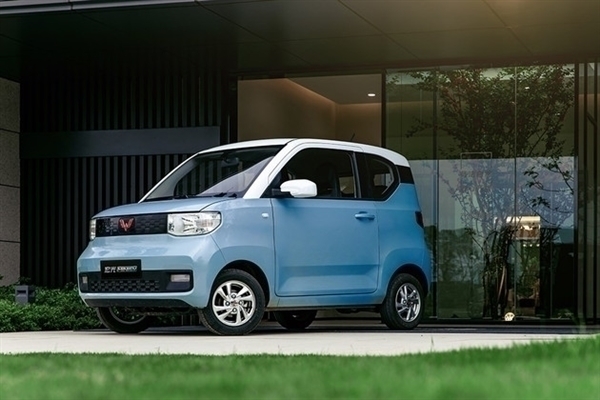 When Wuling Hongguang Mini EV was just launched, many people were not optimistic about this car. They thought that its maximum endurance of 170km was not enough for urban use. Moreover, the low configuration model has no air conditioning, so it is not convenient to use.

However, in the face of the initial price of 28800 yuan, these shortcomings seem to be acceptable,And now, Hongguang minii EV also has practical sales performance, which proves its own excellence.

In addition, with the sales of Hongguang Mini EV exceeding 20000, theThe car also set a new record, that is, the first pure electric vehicle with monthly sales of more than 20000.

And this goal, even after the subsidy reduced to 249900 yuan Tesla Model 3, to achieve it is not small difficulty.

However, when we see the progress of advantages, we should also see the gaps and deficiencies. While Wuling Hongguang MINI EV sales exceeded Tesla Model 3, the gap between the two is still very different.

At present, Tesla's entry-level model costs as much as 249900 yuan, while Hongguang MINI EV 28800 yuan, the former can be the latter 8.6 new cars. Moreover, Hongguang MINI EV profitability, and Model 3 can not be compared.

Therefore, in terms of low price, Tesla cannot compare with Wuling brand,However, the domestic new energy vehicle market has always been not only based on sales volume.

Tesla can buy more than 10000 medium-sized pure electric cars with a monthly sales volume of more than 20 yuan,It is estimated that they will be able to spend a lot of time catching up with domestic brands and new forces of car making. 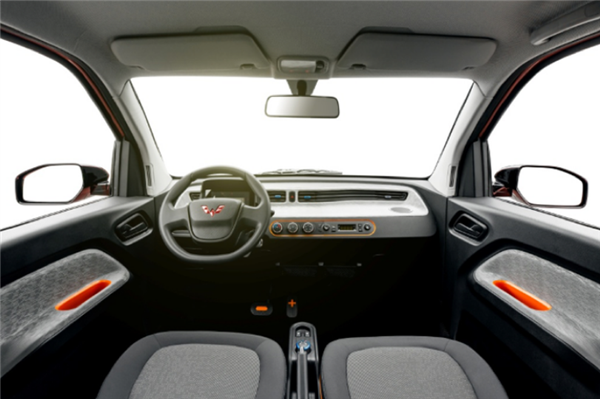 Related news
Wuling Hongguang MINI EV9 monthly sales volume of 20 million rolling Tesla Model 3
Squeeze out Tesla "Feng Wang ", Wuling Hongguang more than 20,000 yuan" electric god car "
Get rid of Tesla! Hongguang Mini EV with monthly sales of more than 20000 wulingbao trains
Wuling Hongguang MINI EV November sales of 33094 vehicles, China's new energy vehicle sales record
Crush Tesla for three months in a row! "China's magic car" is completely on fire
Wuling has registered a number of "fruit" trademarks: pineapple, tomato, longan and blueberry
New energy vehicle ranking in the first quarter! Hongguang Mini is only the second Tesla Model 3
Sell 24 vehicles per hour? Tesla Model 3 sales speed the fastest electric car!
Wuling among the first national brand hongguang MINI retained the Chinese electric car sales crown
Japanese University professor dismantles China Wuling Hongguang MINI EV: cost control is amazing
Hot news this week
The developer of the dating app Tinder has reached an agreement with Google over billing rules for its app store
Still did it! Canada has banned Huawei and ZTE from participating in the country's 5G network on "national security" grounds
Red Elf Lightning erupts in the Himalayas Spectacular Spectacle: Experts Reveal What Exactly Is This?
Shipments in the first quarter fell 11%, exposed Xiaomi, OPPO, Vivo cut orders 20%, Apple bucked the trend to increase production
The founder of the Internet Quick Hand Su Hua was taken away for investigation, and the fast hand responded: the news was not true
Wang Xiang, president of Xiaomi, explained that a shortage of low-end chips is a major challenge in overseas markets
Or for Studio Display Pro, the release of Apple's 27-inch Mini LED-backlit Display has been delayed by October
Tencent Q1: The business service business has "slightly decreased" year -on -year, and resource centralized video cloud and network security | View financial report
One picture to understand! Blue Factory has issued 3 new machines in a row: self-developed chip blessing, the narrowest lower border
Sony released the active noise-canceling headphones WH-1000XM5, equipped with 2 chips and 8 microphones
The most popular news this week
Audi advertising poster photos only sell for 8 yuan? Photographers question the unreasonable use of the photo purchase
Twitter spent $150 million to settle privacy and security lawsuits with the U.S. government
Hong Kong Hang Seng Index Opens 0.5% Baidu Hong Kong Stocks Open More Than 2%
Amazon's new CEO participated in a shareholders' meeting for the first time: to restore normal profit, ready to cut off the excess warehouse
Baidu, Shunwei and Fosun are shareholders, and pharmaceutical Internet "unicorn" pharmacists help hand over the watch to the Hong Kong Stock Exchange
Google CEO Pichai: Recession fears intensify The cycle volatility in the tech industry is even more intense
Amazon CEO first appeared at the shareholders' meeting: to restore normal profit
Sony claims that the full recovery of membership upgrade fees is a technical error
Taobao 618 will be launched in the Yuan universe shopping: three -dimensional "shopping Taobao"
Yuncong will be listed on the Science and Technology Innovation Board on May 27 at 15.37 yuan per share