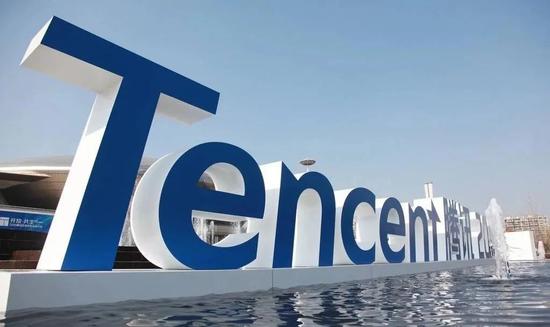 All about Tencent investment, the outside world is very curious. In particular, their investment territory and move logic, because their will and action are closely related to the change of industry structure. For example, investment in consumption, to a certain extent, rewrites the direction of the tide.

In early 2019, many people asked Liu Zhiping whether Tencent's investment would shrink. Capital has never had a sense of temperature, and it is even more normal to contract when it is cold. Liu's reply is, No.

Tencent is paying more attention to trading and retail. This is a very clear signal.

Tencent will not give up this market. Compared with the stories told most in the past, such as social field and content field, Tencent has been paying attention to the new changes in the trading field.

Since Tencent actively launched ecological investment in 2010, large consumption is the strategic focus. In the past ten years, consumption has become one of Tencent's most betting routes and the most thorough strategic investment implemented by Tencent.

Especially after 2014, Tencent has successively made capital connections with Jingdong and pinduoduo. How much of the strategic synergy value between them has attracted much attention.

Even he clearly pointed out that big consumption is a very important strategy for Tencent, so we should support good partners.

This is the first time Tencent has expounded its understanding and investment logic of big consumption track.

The underlying logic of Tencent's layout of large consumption

Among them, Tencent pays special attention to the innovation of channel companies. While Alibaba Jingdong has locked in the basic e-commerce market, pinduoduo and Xingsheng have successfully broken the situation. The space for enterprise innovation is always there. Once such an opportunity appears, Tencent will not miss it.

Capturing pinduoduo is one of Tencent's most successful strategic positions in the field of e-commerce. After Jingdong, pinduoduo is the only real threat to Alibaba e-commerce.

When explaining why Tencent invested in pinduoduo, Xia Yao said: first, unlike Taobao's supply, pinduoduo naturally provides products with high cost performance, which determines the difference in the supply chain behind. The strategy of single product explosion helps businesses win customers at low cost and win the favor of users at the same time. 2、 Almost all users in the whole market have strong demand for pinduoduo, and the repurchase rate is very high; thirdly, attract customers with low cost through wechat social traffic, and then attract users and retain them with high cost-effective products, forming a positive cycle.

At that time, they just recognized that this was a valuable investment opportunity, and pinduoduo later achieved such a huge volume and influence, far exceeding expectations.

It is more important for them to study and adhere to the basic laws of the industry. Tencent's investment and consumption track have several basic logic unchanged:

Opportunities for consumption upgrading. This is a long-term, sustained and penetrating process. China's cosmetics market has maintained a scale of 400-500 billion yuan, with a rapid growth rate. In particular, the consumption of high-end cosmetics, Shiseido's sales in China increased by 30% and 40% last year. In addition, young people are increasingly pursuing spiritual consumption, and the rise of fashion shoes and pet market is amazing. Based on this logic, they invested in Xicha, Yanli and xinruipeng.

The third category is technology-based retail enterprises. The future development of the consumer industry must be driven by the innovation of technology and products.

Tencent's investment list in the field of consumption can be drawn for a long time, and its track layout is extensive. Tencent's value appeal is somewhat mysterious and unpredictable.

In 2018, Tencent proposed to transform the industrial Internet. The mission of Tencent investment is to find and support offline retail enterprises, and the most popular ones are supermarkets.

To some extent, this is the basic format of retail business, and also an industry with considerable financial return potential. China's market is large and scattered, but the concentration of supermarkets is not high, and the trend of integration is obvious.

In particular, in this epidemic, the consumption ratio of fresh food of Shangchao has increased significantly, which is an important area related to the national economy and people's livelihood. This is also the basic social value that investment should pay attention to most.

Around 2010, Tencent strongly realized that e-commerce will be one of the most important applications of the Internet in the future. The demand of users is changing, and the proportion of social networking, games and online shopping is increasing year by year.

The first two are the main factors for Tencent's success. Although e-commerce has its own paipaipaipai network, it can't catch up with users.

Tencent has also paid a lot of tuition fees for early bets on e-commerce.

At that time, the background was that Alibaba was the king of C2C mode, and Jingdong had a fierce attack in the B2C field. At the same time, Sequoia Capital, an e-commerce harvester in the same period, made great efforts such as Jingdong and vipshop. It was an e-commerce platform that could compete with ALI.

Tencent, on the other hand, keeps away from the edge and focuses on vertical categories with certain scale effect and considerable user base, so as to accumulate e-commerce traffic.

Eason, gaopeng.com, group F and haolemai were captured by Tencent. Unfortunately, most of these companies opened high and went low, which did not affect the change of business structure.

There is a reason why Tencent didn't invest in the industry.

But they soon found out that it didn't work. The snow path of e-commerce is thick and long, which involves a complex system of supply chain, warehousing and logistics. Tencent has a lot to learn and takes longer.

As a mobile infrastructure, wechat has bred new business opportunities and channels, such as social e-commerce. Mobile payment and LBS make local life services more and more prosperous, the most typical of which is mobile travel. Consumption upgrading has also spawned cross-border shopping platforms such as xiaohongshu.

In the two fields of consumption and game, Tencent's investment strategy is evolving in two different directions.

Tencent once believed that games are a creative industry. Only by self driving of the team, sufficient interest guarantee and continuous creativity can things be achieved. So they judge that game companies are more suitable for independent development.

Consumption is also a strategic area, but it has changed from self ownership to minority equity investment, with Tencent supplemented by flow and resources. So far, there is no sign of a policy change. This was also confirmed by Xia Yao.

In 2018, Tencent concentrated on offline retail, and all of Wanda, step by step, Hailan home, including investment vipshop, can see the figure of Jingdong. The next year, Tencent joined a consortium organized by Anta, a leading sports shoe company, to jointly acquire Amer sports, Finland's largest outdoor equipment company.

The evolution of big consumption track

The big consumption track is the direction of Tencent's key layout and the lifeblood of Ali. Under the Internet situation of confrontation at, every move of the two giants will affect the industry pattern.

After ten years of investment layout, the mainstream e-commerce channels except Ali system, such as Jingdong, pinduoduo, vipshop and mogujie, have capital connections with Tencent. In wechat payment, e-commerce accounts for the highest proportion of the nine palace grid.

Ali itself is China's largest e-commerce company, and in principle does not invest in new online channels. However, it gradually loosened its ties, successively won Suning and charming Hui, and also wholly acquired Netease koala in 2019.

If the volume of the ant heroic transaction in wechat system is considered, Tencent Ali has formed a situation of equal strength in the field of e-commerce trade.

In recent two years, Tencent and Alibaba's competition for capital connection has spread to offline supermarkets and fresh food markets.

Since October 2016, Alibaba has brought several listed companies, such as Yintai, Sanjiang shopping, Lianhua supermarket, Xinhua capital and Gaoxin retail, into its own camp in the form of investment or acquisition, from national market leader to regional leader.

Tencent's movements are also like drumbeats. In 50 days, it has successively invested in Yonghui supermarket, super species and Wanda commerce. This is a new channel for Tencent investment, and it has also continuously broken the record of single investment amount.

Ali's heavy investment offline is in line with the new retail strategy, although the effect of this strategy has been disputed and doubted. The reason why Tencent did this, the outside world points to an answer, that is to snipe Ali.

At that time, there was also an important background that Tencent proposed industrial Internet transformation. According to Xia Yao's analysis, offline goods, services, operations, and customer management all have a lot of digital space. This is also an important factor for Tencent.

Tencent's investment in large consumption track can also be understood as a landing form of group strategy.

Tencent's transformation of industrial Internet helps offline enterprises realize digital transformation in marketing, management, supply chain and other fields, including private domain traffic of enterprises. The investment behavior enables Tencent to have more synergy effect with the head enterprises and become the assistant of the invested enterprises. To some extent, it's also a joint capability.

Most typically, Tencent is very concerned about cooperating with industry leaders and even more in-depth connection with industry partners in the consumer sector. It is not ruled out that Tencent can help them to expand their business or acquire and acquire.

In essence, Tencent is a technology, digital assistant, consumer companies have a deeper industry accumulation and observation. Whether it is capital connection or operation after acquisition, the combination of both sides will have more imagination space.

Such an era is just beginning.