Whether the iPhone 12, which has fewer and fewer short boards, can sell well still needs a question mark 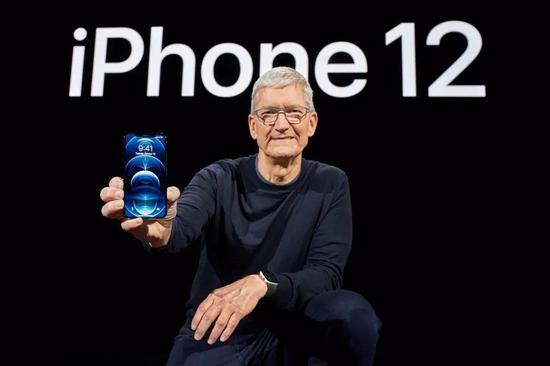 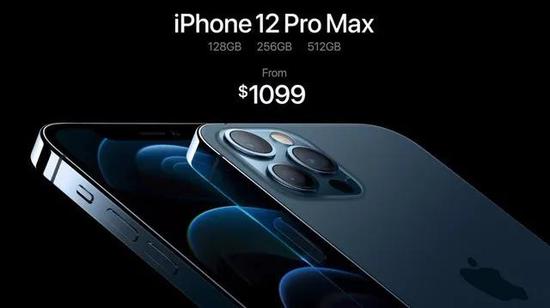 Compared with the previous generation, the iPhone 12 series has brought eight highlights

First, it abandoned the arc-shaped design relied on by the iPhone X series and restarted the flat angle design of the iPhone 4 era. To some extent, this kind of design is a feeling card played by apple in the absence of innovation in appearance design. The purpose of returning to the classic design is to recall those old emotional fruit powder. 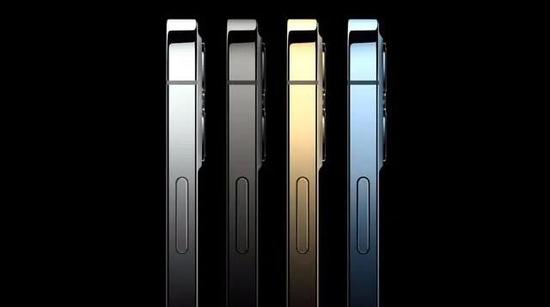 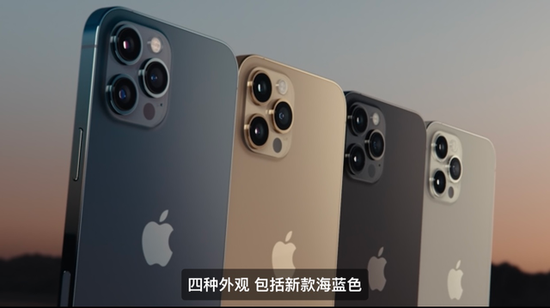 In terms of video capture, many short video enthusiasts are in pain. In particular, the iPhone 12 Pro supports the recording of Dolby's video content and 4k60 frame high bit rate video. It is the first hand machine that can capture, edit, watch and share Dolby's horizon video.

Fourth, it adopts the 5g baseband of high pass, abandoning the Intel baseband which has been criticized in the past and has poor signal. As a result, the signal improvement of this generation of iPhone also aims at the pain points of many fruit powder. Therefore, some people say that the biggest highlight of this generation of iPhone is that it reaches the average signal strength of smart phones. 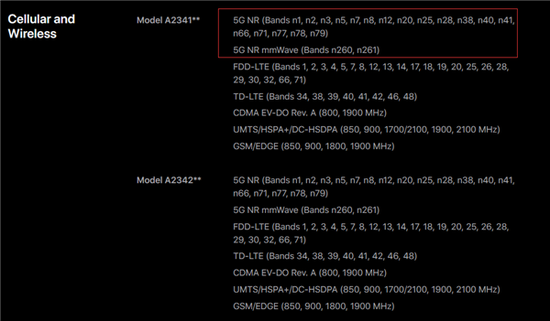 Sixthly: as the first 5g mobile phone, the IOS system of iPhone 12 is also specially optimized for 5g applications, and supports "smart data mode", that is, when watching videos online and other scenes that require high broadband, it will automatically switch to 5g, or switch back to 4G network if not necessary. It can only be turned on when there is a large traffic demand 5g, achieve the effect of saving power and flow.

This is a major adjustment and Optimization Based on the user's 5g and 4G signal switching and the short board of battery life caused by 5g high power consumption. 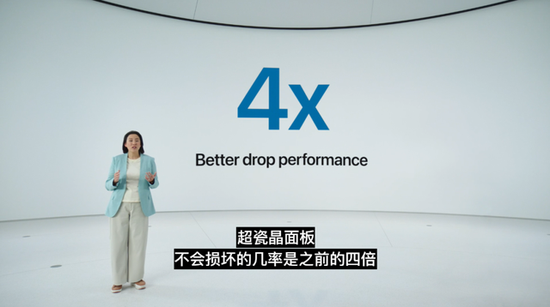 Screen anti fall, this is indeed the pain point of many users, a bit of fall defects may affect the appearance of the new mobile phone. However, how the anti fall ability is, there is still a follow-up fall test to be verified.

From its bright spots, apple consciously wants to cover more user circles and reach the preferences of more niche users. However, it is still hard to escape the inertia of toothpaste and stacking upgrade. Objectively speaking, the iPhone 12 series is still the strongest mobile phone in the iPhone series.

Can the iPhone 12 make this year's super cycle?

The next question is, should I buy the iPhone 12?

From the perspective of shooting, chip and other performance, in fact, the existing iPhone X series and above models can actually well support the performance and demand of current app applications, games and photos.

People's demand for the improvement of hardware performance is accompanied by a new generation of software application upgrade preparation. If the game and software application play method is still the same within a year, then the small improvement and upgrade of hardware performance is actually more of a kind of performance surplus. After all, iPhone will release new products every year, and the new products will always be more powerful than the old ones.

Of course, if it's a pre iPhone user, Apple's true love fan, waiting for Apple's hardware upgrade or trying to switch from Android to iPhone, the iPhone 12 series may meet the demand.

Nowadays, mobile phones no longer have the value of social currency. It is also a kind of wisdom to change the phone at the right time. The full screen design of the iPhone 13 with bangs removed may be more fragrant next year. After all, it's still thirteen fragrance. 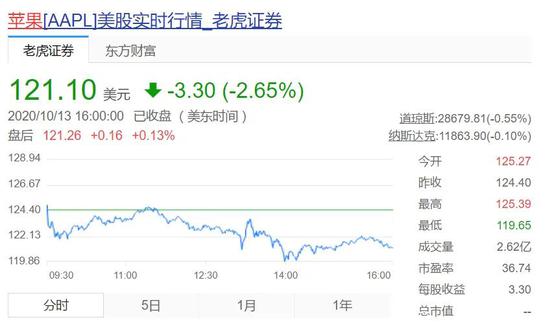 According to Wayne Lam, an independent analyst, the iPhone 12 will make this year's super cycle. In his view, the release of the iPhone 12 may prompt more consumers to make the decision to buy a new phone, as the importance of smart devices, including mobile phones, becomes more apparent during the new crown's popularity. The launch of Apple's new machine will be crucial to consumers and the industry as a whole.

But Apple analyst Guo Mingji doesn't think so. In a report to investors, Guo said 80 million units sold this year were related to orders for parts, but this was not directly related to iPhone sales.

In my opinion, it is difficult for the iPhone 12 series to reach 80 million sales this year. First of all, the problem of insufficient production capacity in the industrial chain still exists. Because all the latest iPhones and flagship 5g series are still produced in China this year, but due to the production and development delay caused by the epidemic situation, the industrial chain expects new 5g iPhones this year The production of the series may eventually be lower than Apple's original order of 80 million parts.

In addition, it takes a certain period of time from TSMC's OEM delivery to manufacturers' testing, to assembly, sales, transportation and many other links. From the perspective of time cost and capacity of each link in the industrial chain, the output gap of the iPhone 12 series is likely to be made up in the next year.

In addition, Android competitors are still very strong, Huawei mate 40 series is about to be released, hard to compete with apple. Standing in the wind of the Sino US trade war, Huawei's flagship Kirin 9000, as the best performance of Huawei's chip, has no doubt about its ability to circle powder, and its running points in the first show also surpassed that of the snapdragon 865. This year, Huawei and Apple's flagship PK is still a bit promising.

Third: at present, one of the criticisms of the iPhone 12 series by users is that some models of the iPhone 12 series will no longer be equipped with chargers and other accessories as standard. Apple's reason is environmental protection. But as some users pointed out, in order to protect the environment, the starting price of Mini is 5499. This wave of operation has successfully transferred the cost of environmental protection to consumers.

This is a strategy of apple, because the iPhone 12 series has maintained the original price in the past in terms of digital pricing, but in fact, the cost has been appropriately reduced through the ingenious strategy of accessories and the strategy of reducing spare parts. On the one hand, it meets people's demand for more sensitive prices of digital products under the epidemic situation, and on the other hand, it can maintain its own profits.

To sum up, there are fewer and fewer short boards of the iPhone 12 series, but on the whole, there is no significant gap between the iPhone 12 series and the iPhone 11 series. Under the global epidemic situation, people live within their means, to some extent, will suppress people's demand for the replacement of smart phones. In the current sensitive period, domestic consumer sentiment is also a major variable affecting iPhone sales.

Year after year, people make complaints about Tucao Apple's innovation. But in fact, with the development of smart phones, people actually need to get used to the conventional upgrade inertia of new mobile phones, rather than having too many unrealistic expectations and fantasies about mobile phones.

Now in the smartphone industry, Android and IOS The two ecological circles represented by have been very perfect and mature, and the scale and industrial chain involved have been very large, connecting large-scale users, software developers, hardware manufacturers and parts suppliers, advertisers, offline physical retailers, payment and channel providers. These industrial chain manufacturers are operating around this set of ecosystem, and all parties in the industrial chain have entered into a very stable common interest In the same body.

It is difficult for smart phones to break through the current framework of mobile ecology and software and hardware play, and continuous innovation will be the norm. From now to the future, the innovation of smart phones may also focus on the upgrading of system optimization, screen, battery life, stronger chips, and stronger performance. Before the technology breakthrough and inflection point of the whole industry, disruptive innovation almost no longer exists. It may be the naked eye upgrade Party of smart phones to constantly adjust the details and make up for the shortcomings of the past Yes.

From this point of view, the future smartphone user competition may be brand competition. If the competition in the mobile phone industry finally returns to the brand level, Apple's advantage is still the biggest.

From this point of view, it is undoubtedly more difficult for domestic mobile phones to challenge apple. Although there are still many uncertainties about whether the iPhone 12 series will sell well, Apple has ushered in the best international competition environment and stage from the whole trend. How to compete with apple, domestic mobile phones may still be in a difficult breaking stage.

Related news
Apple iPhone 12 does not come with charging head as standard: cause analysis
iPhone 12" popular lover "or" tasteless food "?
IPhone 12 delay: winter is coming
Whether the iPhone 12, which has fewer and fewer short boards, can sell well still needs a question mark
The 5g version of iPhone 12 came out with applause but surprise?
How to experience iPhone 12 Mini with one yuan
How is iPhone 12 fast charging
Hot news this week
China has found 35 known cases of the new zoonotic virus Langya
Monkey acne cases have ranked first in the world that the United States has announced the emergency state of public health
Credit card points rule intensive adjustment online transaction points more "valuable"
Losses in a single quarter of $ 23.4 billion a record, SoftBank did not carry the plunge of technology stocks and the devaluation of the yen
The prevention and control of the American Monkey epidemic has failed. What should I pay attention to?
Sources say Samsung's Galaxy Z Fold4 is going up in price: a 512GB top unit will cost more than 13,000
Is the micro -business headache? WeChat friends are suspected to have a big move: 7 can only be posted a week
Kuaishou launched a self-developed cloud intelligent video processing chip: The chip has been streamed successfully
The new product of Xiaomi MIX is coming: both internal and external dual -screen has been upgraded to make up for the previous generation.
A new zoonotic virus, Langya, found in China has not yet been confirmed to be transmitted from person to person
The most popular news this week
Mr. Lei: Mr. Bezos apologized to me for not taking good care of Joyo.com
Ever wanted to buy Tencent QQ, Alibaba asked for a stake? Lei jun rumours
Lei Jun's first business thinking book "Xiaomi Entrepreneurship Thinking" was introduced to the latest and most complete Xiaomi methodology summary
Apple's iPhone is no longer a symbol of wealth in China: for reasons to be proud
Xiaomi Motor Autonomous Driving First Show: Automatic Charging of Autonomous Driving in the whole scene
Musk's eyes! Lei Jun released a full -size humanoid robot Xiaomi self -developed strength explosion table
The global streaming media have increased the animation circuit is becoming a new "breakthrough" for Youaiteng
Kuaishou TOB business Yu Bing: Self -developed chips or mass production after the end of the year, the video must be turned into light industry
Lei Jun: Once bid 10 million to buy NetEase was rejected by Ding Lei
Intel burns 23.2 billion won't make a decent graphics card