The ambition of Americans in mobile communication network is beyond the capacity of the earth. So, they took a fancy to the moon. Yes, NASA has decided to deploy the first 4G / LTE network on the earth's surface, and it may be upgraded to 5g in the future. For this reason, NASA chose a communication partner: Nokia. 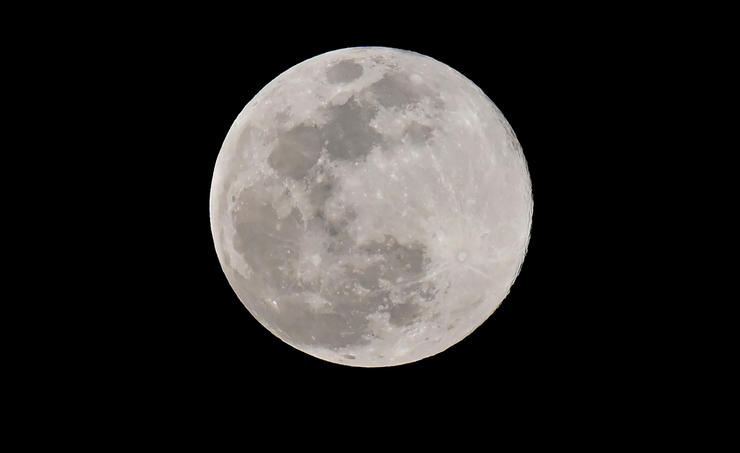 NASA cooperation with Nokia comes from one of its names

That's what I call Simply put, NASA provides funding to use the power of enterprises to carry out technology research and development and breakthrough. This project has been going on for many years, but it is possible to fund projects in different directions in different years.

NASA's space technology mission Council (STMD) will negotiate with these companies to issue landmark fixed price contracts for up to five years.

The famous Nokia is one of the selected companies.

Of course, in addition to Nokia USA, there are also companies funded by NASA, such as sapcex (with $53.2 million), and the United Launch Alliance (with $86.2 million).

According to NASA's announcement, Nokia will deploy its first LTE / 4G communication system in space (mainly on the surface of the moon) through the $14.1 million project funding. The specific contents of the project are as follows:

So, how to achieve it? It is Nokia's Bell labs that has taken over the project, and Bell Labs is also an important institution under Nokia to carry out research and development of emerging technologies (mostly communication related).

On October 16, Bell Labs introduced its cooperation with NASA on its official twitter account and said the cooperation would pave the way for sustainable development of human beings on the surface of the moon.

According to Bell Labs, Nokia will build and deploy the first wireless network on the moon, starting with 4G / LTE, and then evolving to 5g; this network will cooperate with innovative machines and become the key communication structure of data transmission applications, including control of lunar rover, real-time navigation of lunar geography and high-definition video stream.

Intuitive Machines, a high-tech company based in houston, usa, focuses on autonomous systems research —— following a joint announcement by NASA and SpaceX in 2019 that a Intuitive Machine lander (robot) would be sent to the moon.

The mission critical LTE network we have developed is specially designed to withstand the extreme temperature, radiation and vacuum conditions of space, as well as the huge vibration effects generated during launch and landing on the lunar surface.

It can be seen that the main obstacle to deploying 4G network on the moon is the complex environment on the lunar surface.

Not only that, according to Bell Labs, the mission will test the future of other mission deployments - and even the human habitation potential on the moon.

An episode of Nokia Bell Labs

Nokia's NASA subsidies are not groundless.

As a result, Nokia has already prepared for this - starting in March 2017. As a result, because of the sandstorm on the moon, their plans to land on the moon had to use communication systems - at this time, Vodafone and Nokia decided to help them and work with them.

In February 2018, Vodafone announced that it and Nokia have jointly developed a communication system based on LTE and c-v2x (LTE extension planned for smart cars), which will allow each Rover and lander to become a base station and relay data to the lander as the rover drives into the valley.

In other words, the lander and both Rovers will maintain LAN connectivity through LTE ("lunar Lan").

worth mentioning, PTScientists also claims that the LTE network will also allow rovers to transmit hd video to earth by connecting landers to "Deep Space Networks".

At that time, Nokia also said in this cooperation:

Nokia will use its Bell Labs to develop a space efficient and ultra compact network - the lightest network base station ever It weighs less than a kilogram, like a bag of sugar.

Now, this technology, which had no chance to be used before, is again in the eye of NASA.

4G to the moon, what do you think?

For the cooperation between NASA and Nokia, many netizens congratulated Bell lab in the comment area, and some netizens made fun of it. The netizen Prasad D

India has not yet covered enough 4G networks. It seems that Indian people are going to use 4G networks on the moon.

Future astronauts will receive spam and text messages - your computer is infected with a virus Please call us immediately.

Well, when you're on the moon, you ca n' t use it any more

Related news
Nokia launched a number of new mobile phones and cooperated with 007 to promote Nokia 8.3 5g
Nokia C3 evaluation: zhanruixin, native Android Qingliu
The download speed of 5g network in the United States is only 1.8 times faster than that of 4G network
Nokia 4G can rise 5g to the moon and connect to the earth
Hot news this week
Heavy weight! Apple M1 exposes the first high-risk vulnerability: discovered by Chinese
Overseas sales of Chinese bicycles are crazy: nearly 16 billion yuan worth of exports have been ordered to the end of next year
IPhone 12 screen green: I choose not to forgive it
Only mobile phones can charge quickly? Huawei matebook X's dexterous and fast charging liberates your endurance anxiety
Lottery mode will be opened: it is reported that apple is looking for Samsung OEM M1 TSMC 5nm orders, accounting for only 25%
China Mobile Partner Conference is coming. It's so simple to start 5g life
The report says the world's largest producer of plastic waste is the United States: serious environmental damage
Improve the efficiency of diagnosis and treatment, improve the experience of medical treatment Baidu health won the "2020 Best Health Platform Award "
Philips show HDMI acousto optic synchronizer lights up family entertainment space with full scene light
Tencent is punished by Internet
The most popular news this week
Five years' rise path of deep double price and multi pinduoduo: three fundamental problems and four underlying logic
Huawei once again: we really do not build cars to help you build good cars
Xbox Series X play call of duty 17" brick "T group: under investigation and repai
9.9 yuan, python, 25000 per month? The truth is cruel netizen: not as good as station B
Windows 10 now supports more device driver updates
Full exposure of RTX 30 notebook graphics card
Short Tesla is like fighting against the Fed?
The secret of Xiaomi becoming the biggest black horse is in the best financial report
The battery mode of Ruilong 4000 notebook is inferior to Intel's 11 generation core? Linux platform test is not quite true
Linksys velop tri band mesh router now supports apple homekit