AMD is about to release Q3 financial report of US $30 billion, and the acquisition of Xilinx will be confirmed within two weeks at the earliest

The semiconductor industry has not come out of the shock of NVIDIA's $40 billion acquisition of arm, and AMD is likely to start buying Xilinx, which is said to be worth up to $30 billion, and will determine whether it will come true in two weeks at the earliest.

AMD's main business is CPU and GPU chips, while Xilinx is the largest FPGA chip manufacturer in the world at present. Altera was the first company in the past, which was purchased by Intel for 16.7 billion US dollars in 2015.

In terms of transaction value, the value of high-value companies has risen rapidly in recent years. Intel spent $16.7 billion, and after five years went to AMD, the cost increased to $30 billion.

Although it costs a lot of money to acquire Xilinx by AMD, the market value of AMD is 100 billion US dollars. If the cash is not enough, we can use the stock to top it. The key is that after acquiring Xilinx, we can make up for the shortage in the data center. FPGA chips are still very valuable.

But whether or not to buy, this matter is still quite mysterious, the current two sides are silent, do not comment, but the market is still worried, on the one hand, AMD money is not enough, on the other hand, worry about whether it can really play 1 1

The deal is likely to be announced next week or next week, AMD will release Q3 quarterly results next week, which is a good time to announce major acquisition information. 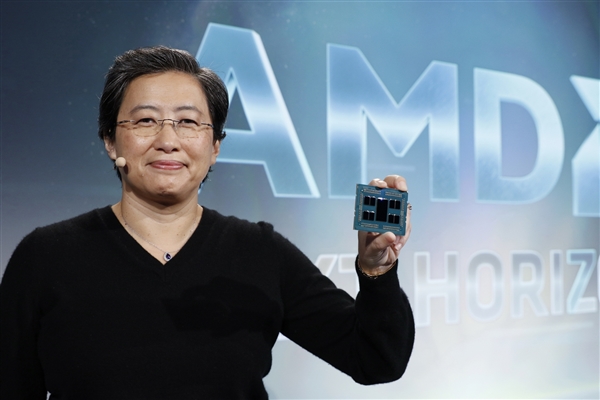 Related news
Cook should thank China for Apple's Q3 harvest
It is said that AMD plans to buy Xilinx for us $30 billion, and the agreement can be reached as soon as next week
AMD is about to release Q3 financial report of US $30 billion, and the acquisition of Xilinx will be confirmed within two weeks at the earliest
What about being ridiculed for "cutting leeks", Tesla Q3's performance has set a record again
AMD is favored by analysts: Q3 performance is expected to rise by 42% and host computer skyrocketed
AMD is favored by analysts: Q3 performance is expected to rise 42%
Hot news this week
Zhao Lijian responded to the British "blocking" Huawei: generalizing the concept of national security harms others and harms themselves
Zhao lijian said the UK's decision to block Huawei under PRESSURE from the US was damaging others and not benefiting itself
Behind Microsoft's acquisition of Blizzard: Intended to build a super game carrier, SONY is the most hurt
Behind the exposed layoffs, China has praised the loss growth, and the stock price has fallen 67% in three months.
Microsoft's $68.7 billion acquisition of Activision Blizzard became the largest acquisition in the company's history
Mediatek's 40% share topped the mobile SoC market, leading for six consecutive quarters, followed by Qualcomm and Apple
Scissor doors, lifting lidar! Baidu car under the blood cost of the concept car details were first exposed
The largest transaction in Microsoft's history! Hao Zhi 436.1 billion cash acquisition moving blizzard
Cait: it is not recommended to take quarantine measures directly for travel card users with asterisks
Huawei applied for the Tianchi trademark again, and the international classification is scientific instruments and website services
The most popular news this week
Doctors in the United States have announced the successful transplant of two pig kidneys into brain-dead patients
The "pain" of the tech billionaire a week: Musk evaporated 160 billion yuan Bezos second will lose
IBM sells Watson Healthcare's data analytics assets consultancy: it is less competitive than other giants
NetEase Cloud Music to the regulatory authorities reported "fake" song washing and other unfair competition
Angry Bird 2 has been removed from the Apple Mall, when is back to uncertain
Amazon shares plunged 12 percent this week for the worst weekly performance since 2018
B Station 2021 Hundreds of UP Lord Awards: UP master hand-made Samsung Pile Gold Mask is best
Huawei Mate 50 meal rendering drawing out: actually hit the face millet 12 Ultra
iPhone 13 serious rollover screen can't see! Apple is anxious
Total supervision! 4 departments to carry out guidance for 11 leading enterprises such as Cargo Lala and Tencent