Huawei mate 40 will be launched at 8:00 tonight: the camera will go to the sky and the Super Cup will cost nearly 10000 yuan

After thousands of calls, Huawei mate 40 series will be officially launched in the world at 8:00 tonight. Both the excellent performance of mate 30 series and the rendering of Kirin chip's 9000 series have made Huawei mate 40 series get more and more attention. Everyone can't wait to understand how much this flagship model of the most special significance for Huawei can play. As early as more than ten days ago, Huawei had officially announced the official time of the press conference. After more than ten days of deliberation, everyone's expectations for mate 40 series of new machines have reached the peak. 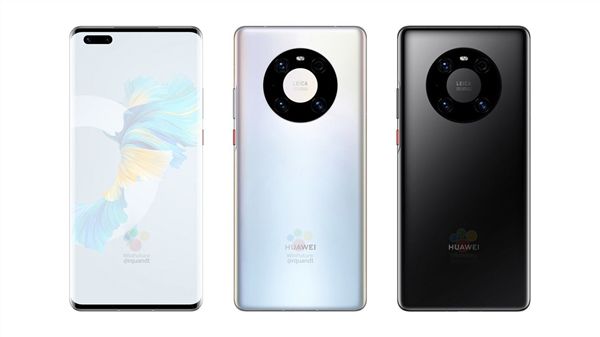 Fortunately, we are not purely dry wait, before the release of the new machine, a lot of information was exposed on the Internet. According to the usual practice, there are true and false in this, and all the contents should be judged by everyone. In any case, before the official release of the new machine, it is a pleasure to be able to participate in the conjecture. For the upcoming Huawei mate 40 series, we have carefully summarized a reliable exposure information for your reference.

According to the known information, Huawei mate 40 series will adopt the front left upper corner double dig hole curved screen, which is the same design of P40 series, but I don't know whether the hole digging this time will be a little smaller. In addition, according to the film exposed before, mate40 will abandon the previous straight screen design and use curved screen instead. The mate40 Pro adopts a "waterfall screen" with greater curvature. Meanwhile, the power key cut off on the mate30 series will return.

In addition, Huawei's official preheating video also seems to give hints on the screen. The official account of Huawei terminal has released Huawei mate40 series of warm-up microblogs, which mentions that "Huawei mate40 is smooth and advanced". Obviously, this is a hint that the new generation of mate will bring about the improvement of fluency. 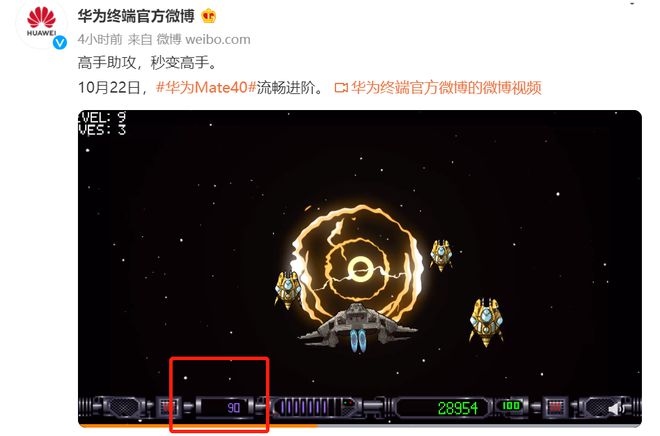 At the same time, its publicity video shows that when the digital display at the bottom of the screen reaches "90", the spaceship equipment in the game is upgraded. According to this, many relevant speculations believe that the new mate 40 series should bring 90hz screen equipment, that is to say, the screen refresh rate is further upgraded compared with the 60Hz of the previous generation products.

According to the source, Huawei mate40 uses a 6.5-inch 1080p perforated curved screen with an IMX 68812 million pixel selfie lens, with a refresh rate of 90hz. 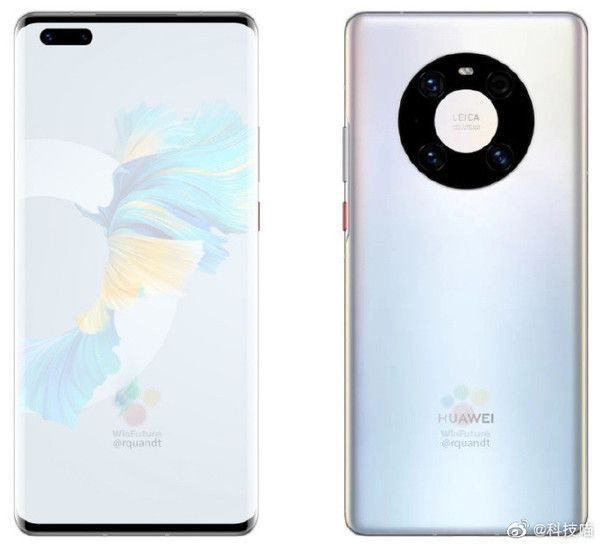 In addition, it is reported that Huawei mate 40 Pro adopts a waterfall screen design. The edge of the display panel is bent backward and the angle is close to vertical, creating the effect of a borderless screen.

The camera is likely to use a five-shot lens scheme

Imaging system has always been an advantage of Huawei's P series and mate series flagship machines. Not long ago, He Gang, President of Huawei's mobile phone product line of consumer business, released the latest poster of the global launch of mate 40 series, showing more details of mate 40 series. In the poster, the polygon outline of the new machine is clear, and the red power button is very eye-catching. From this, we also have a general understanding of the lens layout of the new camera. 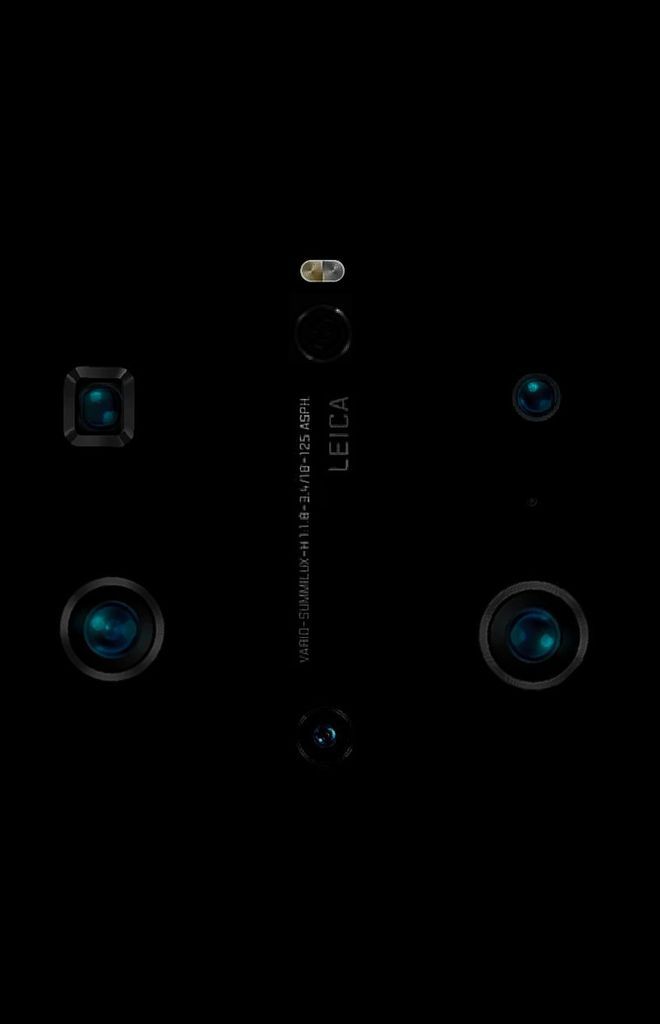 Then twitter user teme revealed a Huawei phone with a rear five camera lens, which is expected to be the real look of the camera module in the preheating poster. Five cameras and a device similar to a radar sensor are suspected to combine into an octagon. It has been reported that this is the design version of Huawei mate 40 rs.

In the latest official warm-up video, the key word brought by Huawei China is "straight and straight, and the copywriting on Huawei's mobile phone is" vision, this should be the case ". 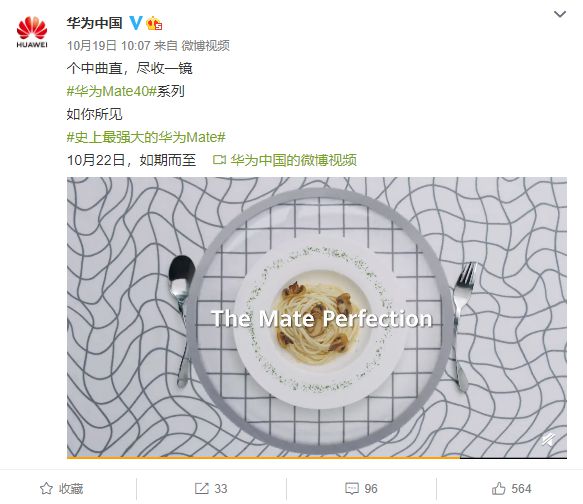 In the video, under the round wide-angle lens, the tablecloth curve becomes straight. Some netizens speculate that the preheating video implies that Huawei mate 40 series will improve the wide-angle distortion.

It has been revealed that mate 40, mate 40 pro and mate 40 PRO + will continue the "Oreo" rear lens design, while mate 40 RS Porsche Design will enjoy the "palace lamp octagonal window". 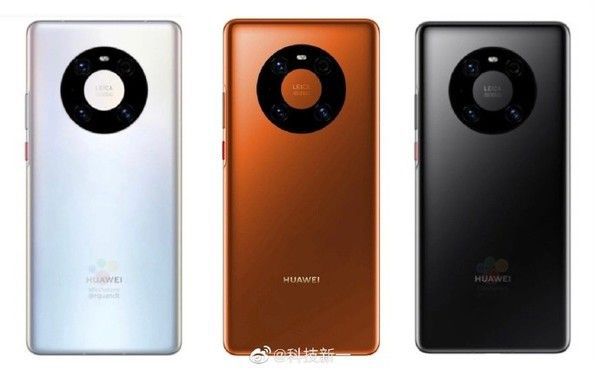 In the previous two trailers, in the video, there was originally a still picture on the wall, but the hero saw the dynamic effect through a "ring" door, and the woman in the picture was "alive".

Specifically, according to the current exposure information, Huawei mate 40 will carry three cameras, which are 50 megapixel main camera, 20 million pixel ultra wide angle camera and 8 million pixel long focus. Its 50 megapixel main camera should be the same type of imx700 as Huawei's P40 series. Its sensor size reaches 1 / 1.28 inch, the unit pixel reaches 1.22 μ m, and the four in one can reach 2.44 μ m single pixel. 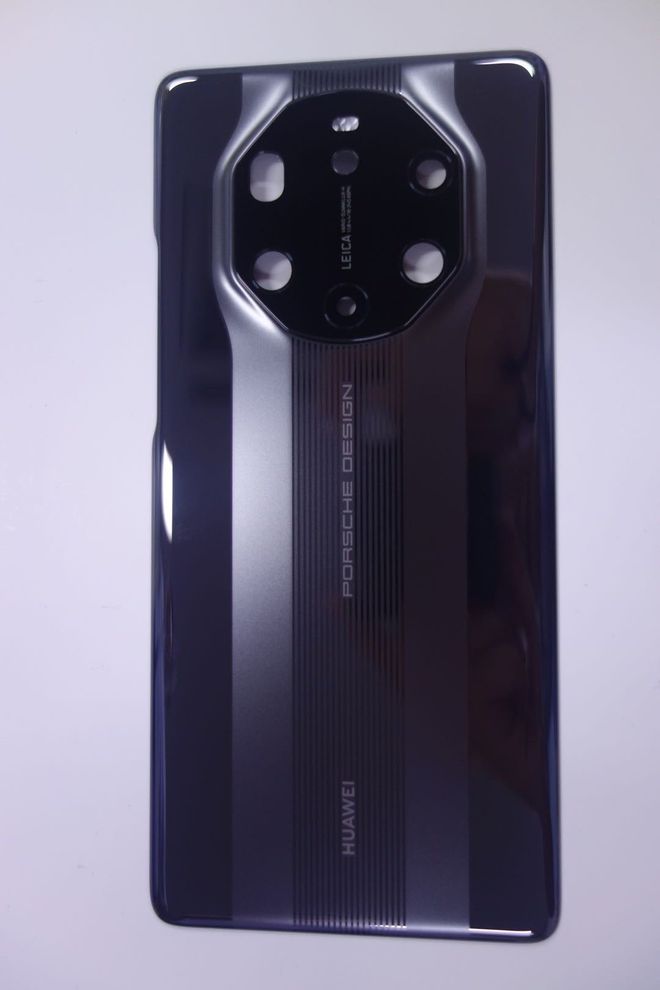 Super cup Mate 40Pro will add another lens to the Mate 40Pro.

So maybe, maybe that's it?

The strongest Kirin 9000 chip is out of print

The core, the industry's first integration of 5 G baseband 5 nm 5G Soc Kirin 9000 is correct. There is little news about the chip, though. Only nm 5 process 5 G baseband integrated chip can be confirmed, of course, compared to the previous Kirin 990 5G SoC chips will improve a lot. There are foreign revelations, however, that the Kirin 9000 series will have Kirin 9000 and Kirin 9000 E two versions, Kirin 9000 E for frequency reduction version, performance will be slightly worse. 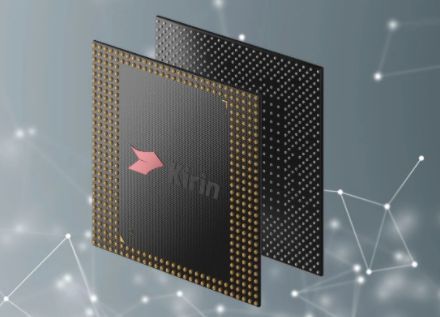 Due to the U.S. ban, TSMC can no longer supply Huawei after September 15. Therefore, the number of Kirin 9000 chips is limited, and the sales of mobile phones are naturally limited by the number of chips. There is no continuity in the short term. It is really the rhythm of buying one less. This is bound to make the mate40 series difficult to purchase after it is put on sale. 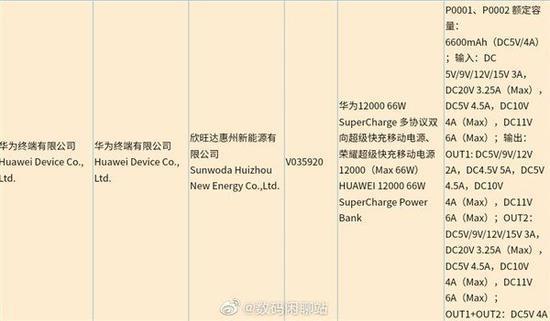 Lastly, the HuaweiMate40 series will launch 66 super-fast W (not sure if it is all available), with a total of four models, Mate 40、Mate 40Pro、Mate 40Pro and Mate40RS Porsche Design.

According to the latest news, Huawei mate 40's endurance should also be relatively stable. The battery capacity will continue to improve on the basis of 4200 MAH of the previous Huawei mate 30, and expand to 4500mAh large capacity. The endurance of Huawei mate 40 is guaranteed to a certain extent. At the same time, what is more eye-catching is that this charging technology may also break through the traditional 40W cable fast charging, and will launch Huawei's brand-new 66W wired fast charging. 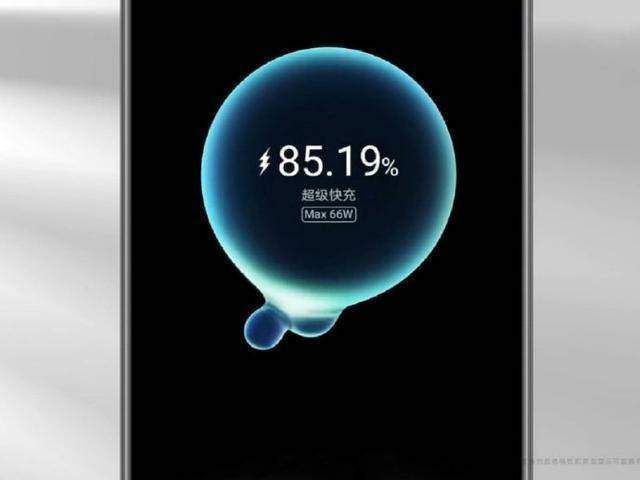 It is reported that the actual performance of the charging speed is about 1.6 times higher than the previous 40W fast charging. According to this conservative estimate, the charging problem should be solved in half an hour, which is not inferior to the 100 watt fast charging of other domestic brands.

HuaweiMate 40 series of domestic pricing will be cheaper than foreign prices, so it can be speculated that Mate 40RS Porsche Design China Bank version is likely to continue the price of 12999 yuan, and the HuaweiMate 40Pro is expected to be close to 10,000 yuan.

Although the overall environment is in a very unfavorable situation for Huawei's mobile phone business, Huawei will certainly not give up, and has been making continuous efforts to achieve technical blockade and restrictions. At this special time of crisis, we can only wish and expect Huawei's mobile phone business to make greater breakthroughs in adversity. We believe that the mate40 series flagship will never be the last song of Huawei's high-end flagship.

Back to the product itself, the new mate40 series is undoubtedly one of the 5g flagship machines worth purchasing this year. In addition to the chip and imaging capabilities, we also expect the mate40 series to bring us more surprises. Please look forward to the global press conference at 8:00 tonight, when we will also bring the full live broadcast of the development conference, please wait!